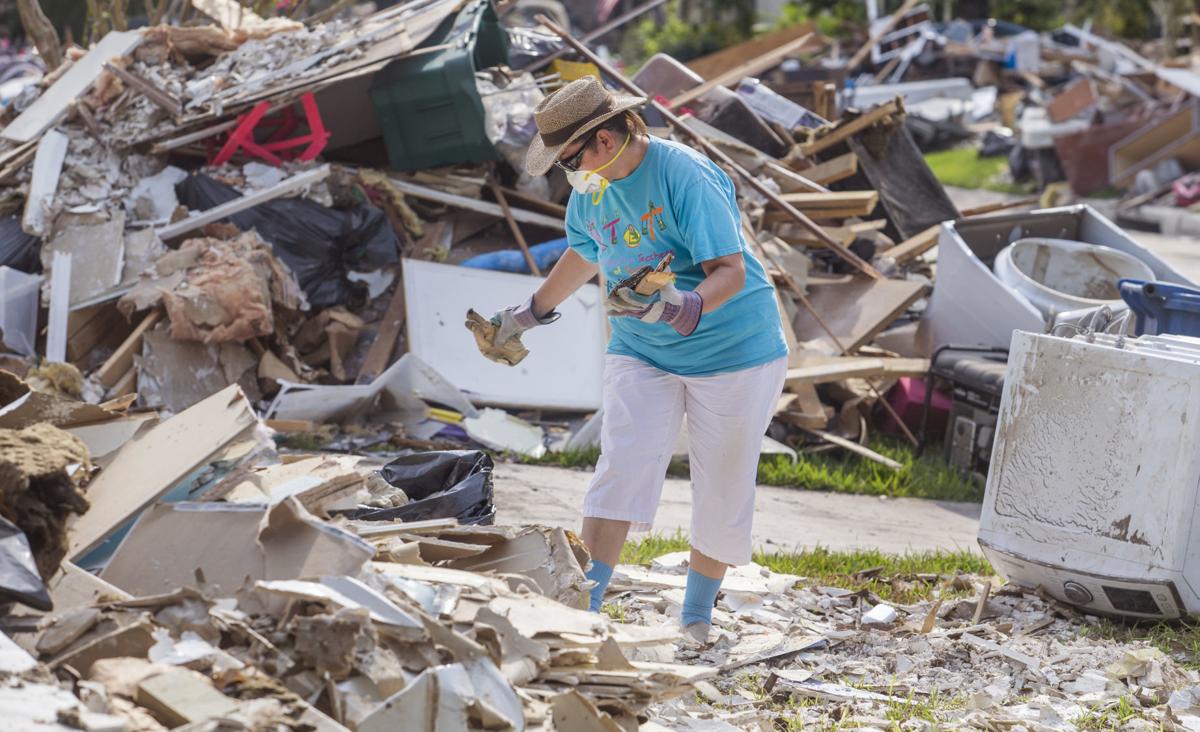 Frances Maloney searches through debris outside of her daughter-in-law’s flood-damaged house in Dickinson on Wednesday, Sept. 13, 2017. 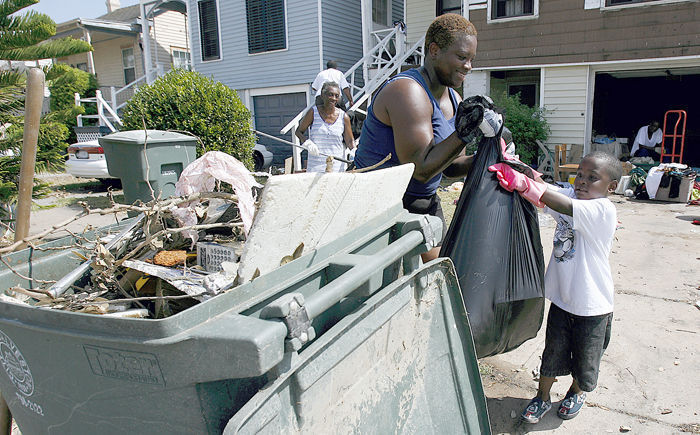 Kristopher Johnson helps his mother Michelle Johnson clean up their water-damaged belongings at his grandparent’s home on Avenue L in Galveston after Hurricane Ike. 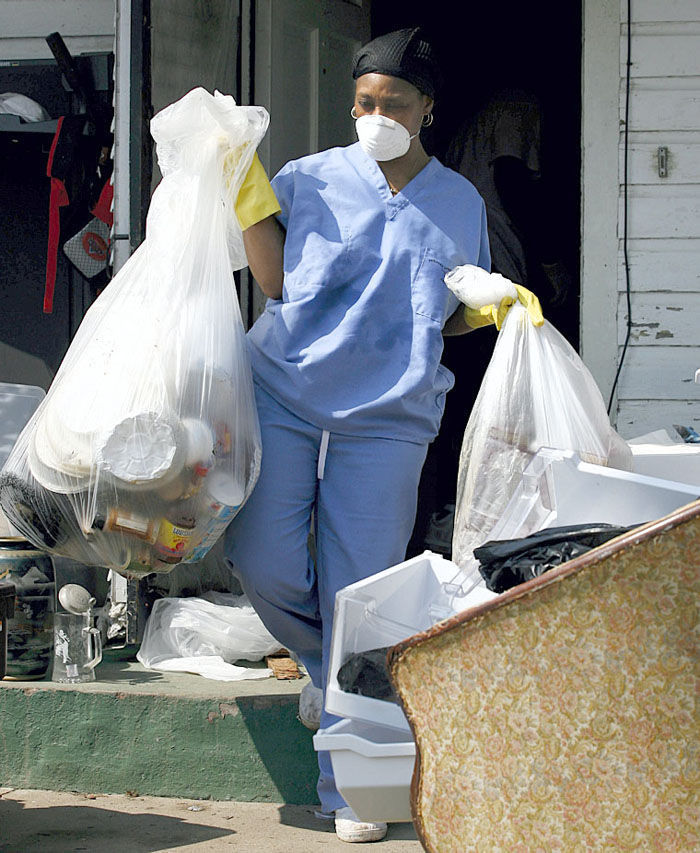 Margaret Epps carries bags of flood-damaged items from her home in Galveston.

Frances Maloney searches through debris outside of her daughter-in-law’s flood-damaged house in Dickinson on Wednesday, Sept. 13, 2017.

Kristopher Johnson helps his mother Michelle Johnson clean up their water-damaged belongings at his grandparent’s home on Avenue L in Galveston after Hurricane Ike.

Margaret Epps carries bags of flood-damaged items from her home in Galveston.

Toilets wouldn’t flush, no one could shower, and keeping things clean was nearly impossible.

In addition to being unpleasant, the conditions were unsanitary, and officials feared an outbreak of disease normally only found in undeveloped countries.

But with some careful planning and a few crucial hygiene items, island residents who choose to ride out the next storm can be more comfortable and less likely to be the next Typhoid Mary.

This antibacterial gel will kill almost all germs that linger on your hands. It’s the next best thing to hot water, soap and a good scrub brush. Depending on how long the water’s out, you might go through a lot of it, so don’t be afraid to buy the jumbo bottle.

This camping staple is cheap, easy to find and could provide the single biggest morale boost after a storm.

Fill up the 5-gallon plastic bag before the storm and hang it somewhere in the sun after the storm passes by.

They take a while to heat up, and the “shower” is really more like washing with a very low pressure garden hose, but if you’re hot and dirty, you won’t care.

This is another camping trick that can make your post-hurricane stay more pleasant while relieving pressure on the city’s sewer system. Your options range in price and complexity of construction.

The most basic models are nothing more than folding stools with disposable bags where the toilet bowl would normally be. Fancier models have flushing mechanisms and a holding tank, but it eventually has to be emptied.