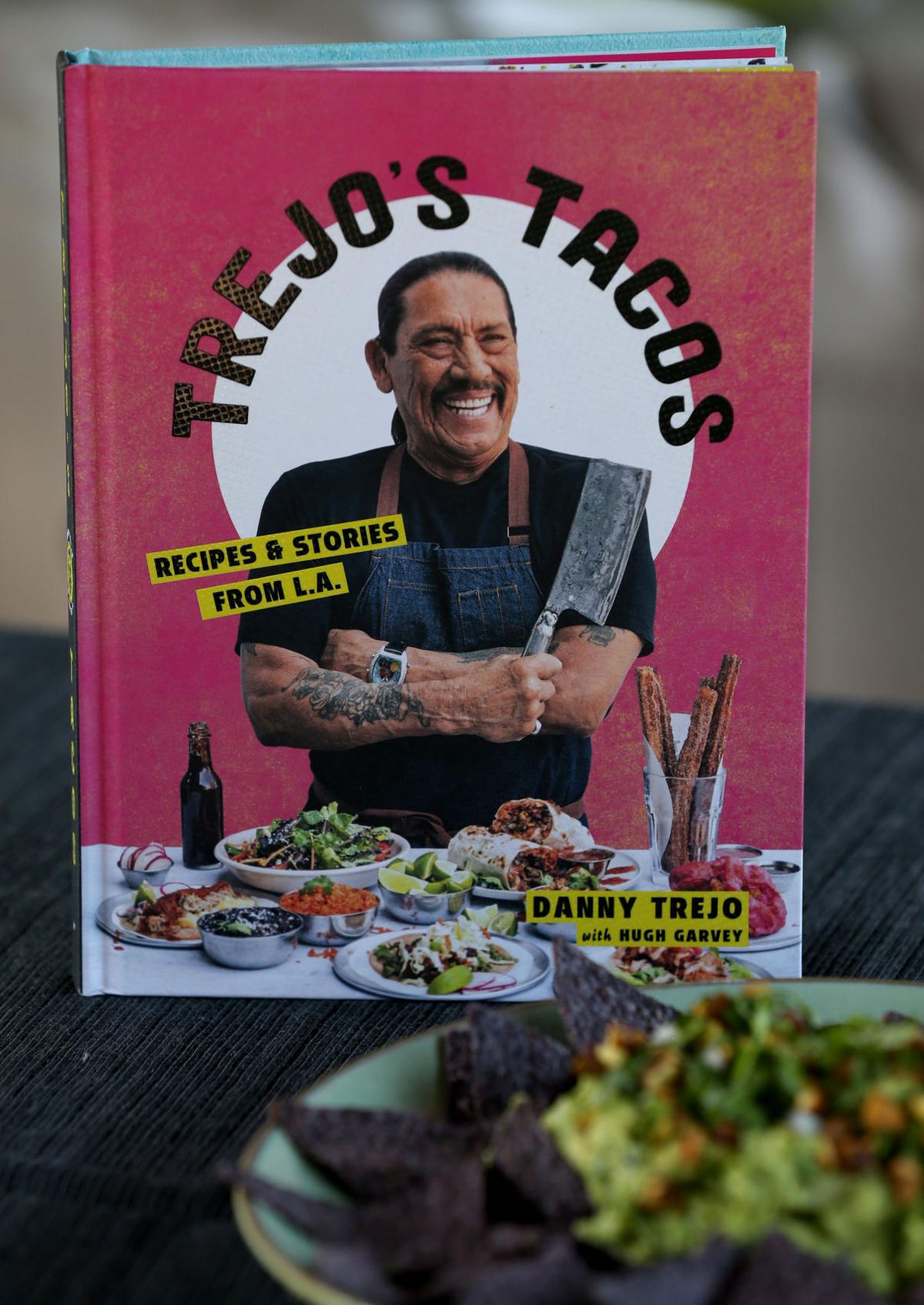 Actor Danny Trejo has a new cookbook, “Trejo’s Tacos,” that features recipes and tales of his checkered past and his path into the film industry. 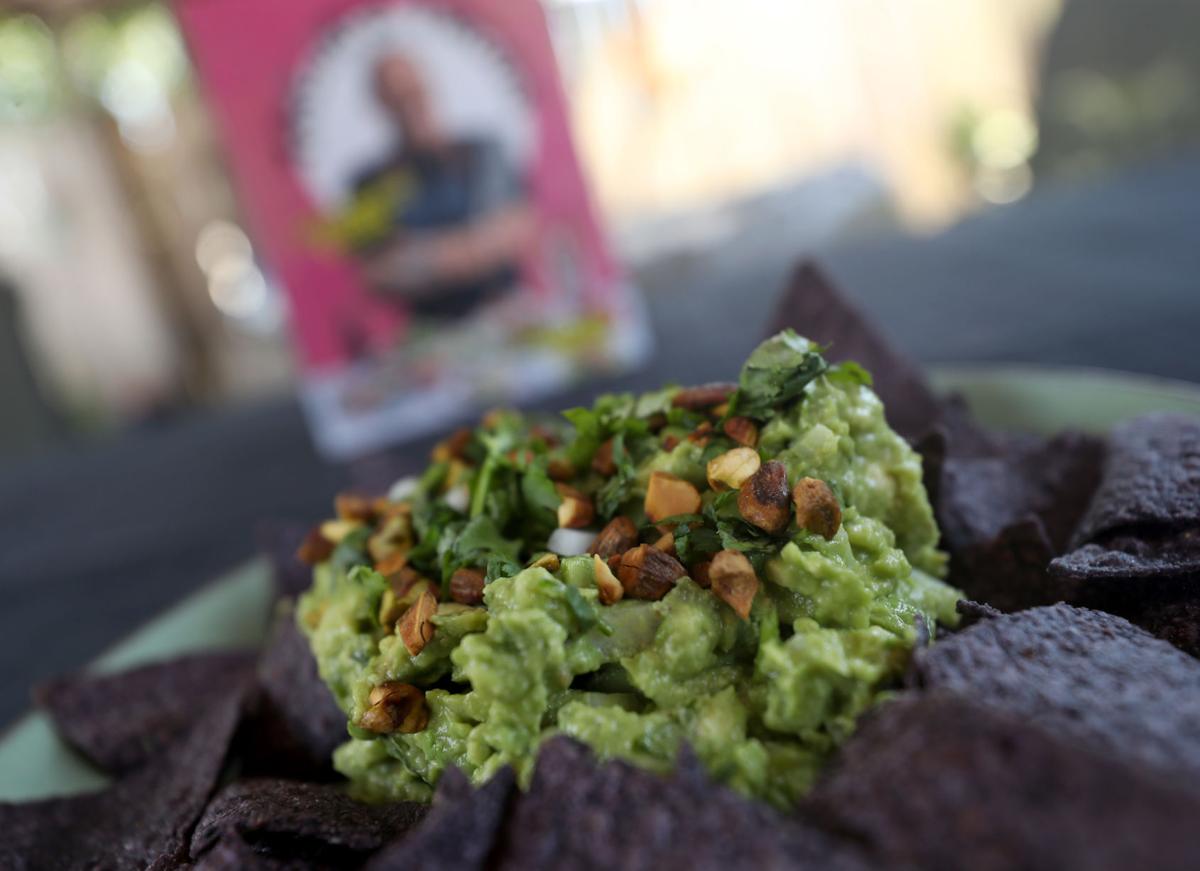 The guacamole recipe in Danny Trejo’s cookbook, “Trejo’s Tacos,” gets an L.A.-style makeover with a drizzle of olive oil and topped with chopped pistachios. 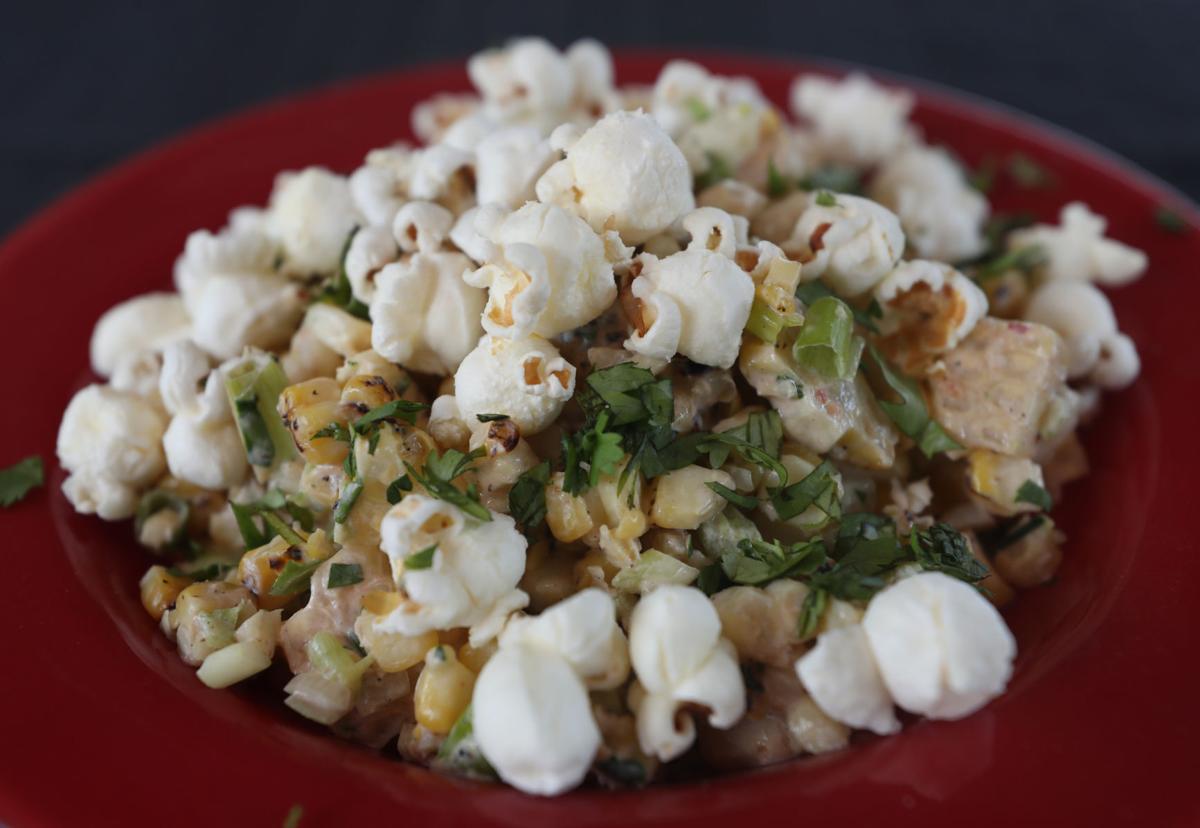 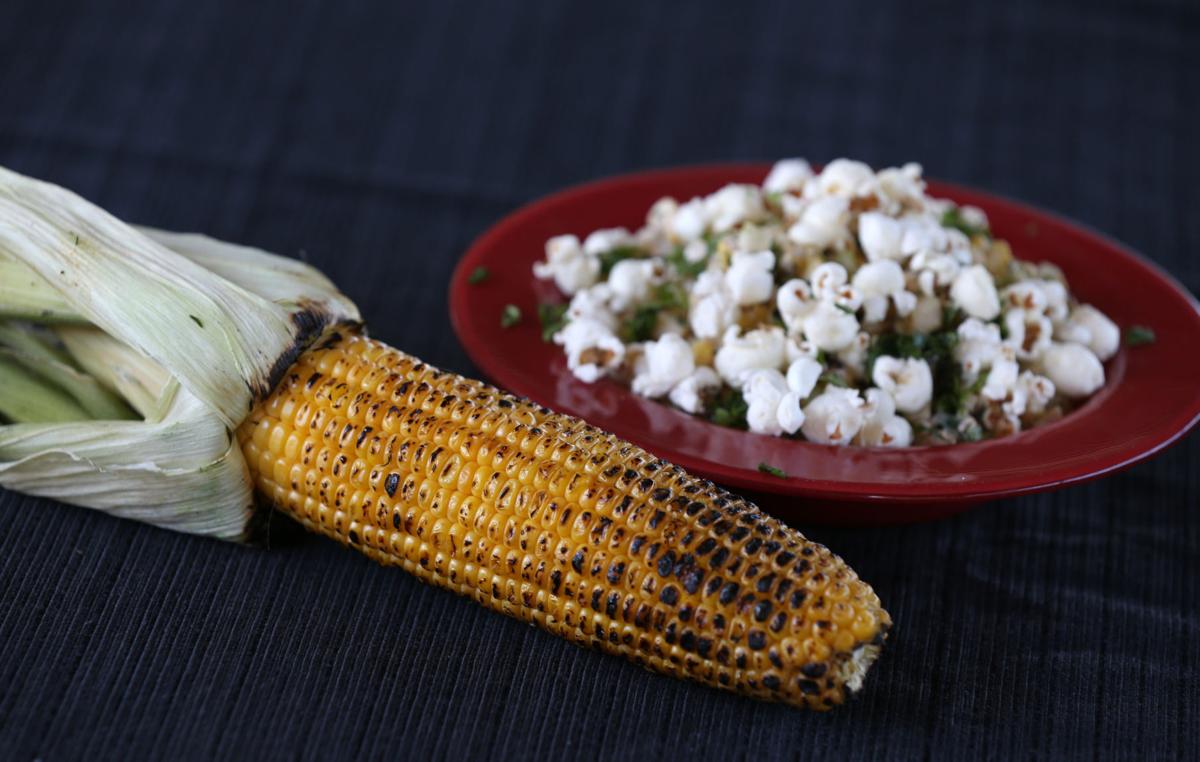 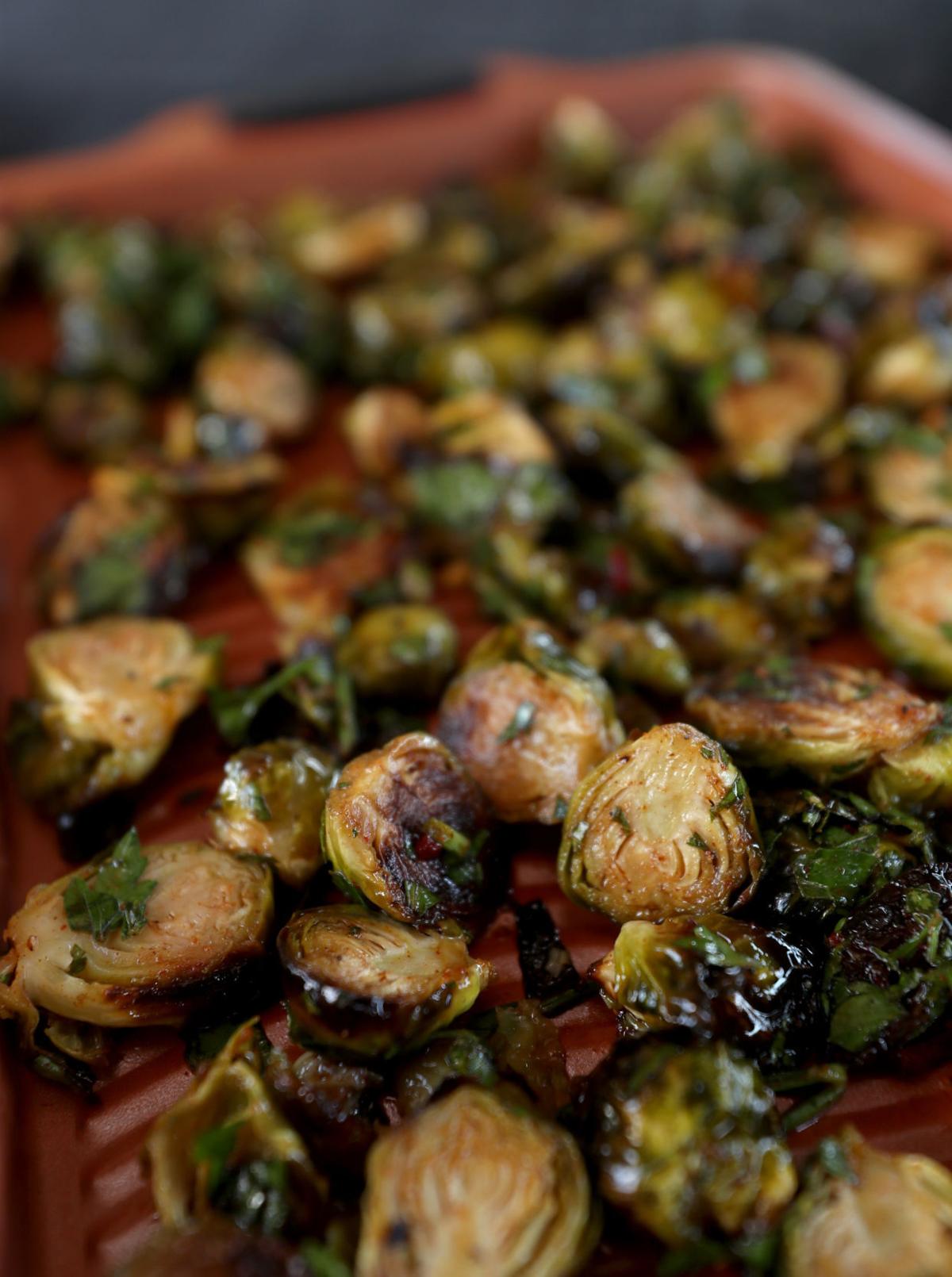 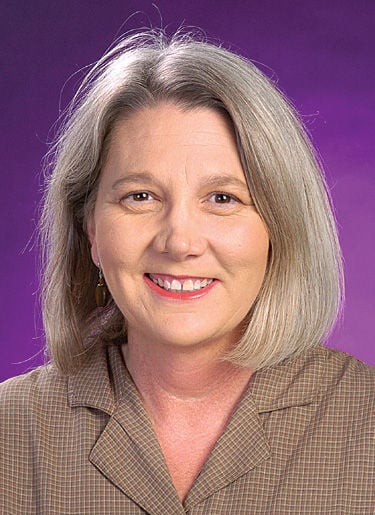 Actor Danny Trejo has a new cookbook, “Trejo’s Tacos,” that features recipes and tales of his checkered past and his path into the film industry.

The guacamole recipe in Danny Trejo’s cookbook, “Trejo’s Tacos,” gets an L.A.-style makeover with a drizzle of olive oil and topped with chopped pistachios.

How does someone known for his menacing demeanor and sketchy past convince the world he’s a nice guy? As with so many difficult questions, the answer is “make tacos.”

For actor Danny Trejo, making tacos soon led to a string of restaurants and now a cookbook, “Trejo’s Tacos,” re-creating the dishes he describes as “the sometimes healthy, Mexican-adjacent, vegan-ish, always delicious food we serve at Trejo’s.”

Although Trejo has appeared in more than 300 movies (he jokes that many of his early roles were listed in the credits as “Bad Guy #1,” “Scary Guy #2” or just “Tough Guy”), taking a starring role in the kitchen gave him an opportunity to fuse the Tex-Mex dishes he grew up eating with the health-conscious food of the film industry.

“My mom was a killer cook,” he wrote. “We would have these elaborate, unbelievable meals: chicken mole, carne asada and enchiladas stacked high like they do in Texas, where my mom was from.”

At Trejo’s restaurants, those classics are often served with surprising side dishes that swap out the traditional rice and beans for lighter, greener sides such as Brussels sprouts and kale.

Trejo dresses roasted Brussels sprouts with a red chimichurri sauce he describes as “spicy, tangy and smoky, and great on broccoli and cauliflower and all those other vegetables we used to hate but now love when they’re roasted.” The smoky notes in the sauce come from chipotle chiles, which are smoked jalapenos and smoked paprika, sometimes sold as pimenton.

Chipotle peppers also turn up in his version of Mexican street corn, which is topped with popcorn for extra crunch.

“You might notice that chipotle chiles in adobo sauce show up in a lot of our recipes,” he wrote. “That’s because they’re so damn delicious, adding an incredible smoky-hot flavor to everything you mix them with.”

He recommends starting with a little less than the recipe calls for and then adding more after a taste test, since chipotles are among the hottest of peppers. For more flavor and less heat, he suggests scooping out the red adobo sauce the peppers are canned in and using the equivalent amount, since it will be less spicy than the peppers themselves.

Guacamole gets an L.A.-style makeover that might have left Trejo’s Texas-born mother shaking her head. Along with the expected ingredients of fresh serrano peppers, onion and lime juice, Trejo adds a drizzle of olive oil and tops the bowl with chopped toasted pistachios.

“It’s all about contrasting textures and flavors,” he wrote. “Our guacamole is special because it’s got so much more going on than your usual guac.”

Trejo has augmented his California restaurants with several donut shops, and the cookbook includes a chapter on making donuts, ranging from basic to a margarita-glazed donut and a tutorial on churros.

The book also is full of colorful tales of Trejo’s checkered past and his meandering path to the film and culinary success he now enjoys.

“I say this a lot, and Trejo’s Tacos is proof of it: It’s not how you start. It’s how you finish.”

Juice of 1 lime, plus extra to taste

Use a spoon to scoop half of the avocado flesh into a medium bowl. Smash the avocado with a fork or a potato masher until it is mostly smooth.

In a separate medium bowl, lightly mash the remaining avocado so that it’s more chunky than smooth. Add the smashed avocado, onion, chile, 2 tablespoons of the cilantro and the lime juice, oil and salt and gently fold to combine. Taste and add more lime juice or salt if desired. Serve the guacamole sprinkled with the pistachios and the remaining cilantro. Serves 6.

Preheat the oven to 450 degrees. Scatter the Brussels sprouts on a rimmed 11 X 17-inch sheet pan and add the oil, salt and pepper. Toss to coat. Roast the sprouts until they are tender and brown, 20 to 25 minutes.

Meanwhile, in a large bowl, whisk together the olive oil, vinegar, garlic, chipotle chile, paprika and salt and pepper to taste. Add the parsley and cilantro and stir to combine.

Add the roasted Brussels sprouts to the chimichurri and toss to coat. Transfer the sprouts to a platter and serve. Serves 4.

Street corn in a bowl

1/2 of a canned chipotle pepper, minced

Heat a gas or charcoal grill to medium heat.

Grill the husked corn, turning the ears every few minutes, until the kernels are blistered and the color has gone from pale to bright yellow. Let the corn cool, and then slice the kernels off the cobs.

In a medium bowl, combine the sour cream and chipotle pepper. Add the grilled corn, scallions, serrano, garlic and lime juice and mix well. Transfer the salad to a serving bowl and sprinkle with the popcorn, cotija and more cilantro. Serves 2.