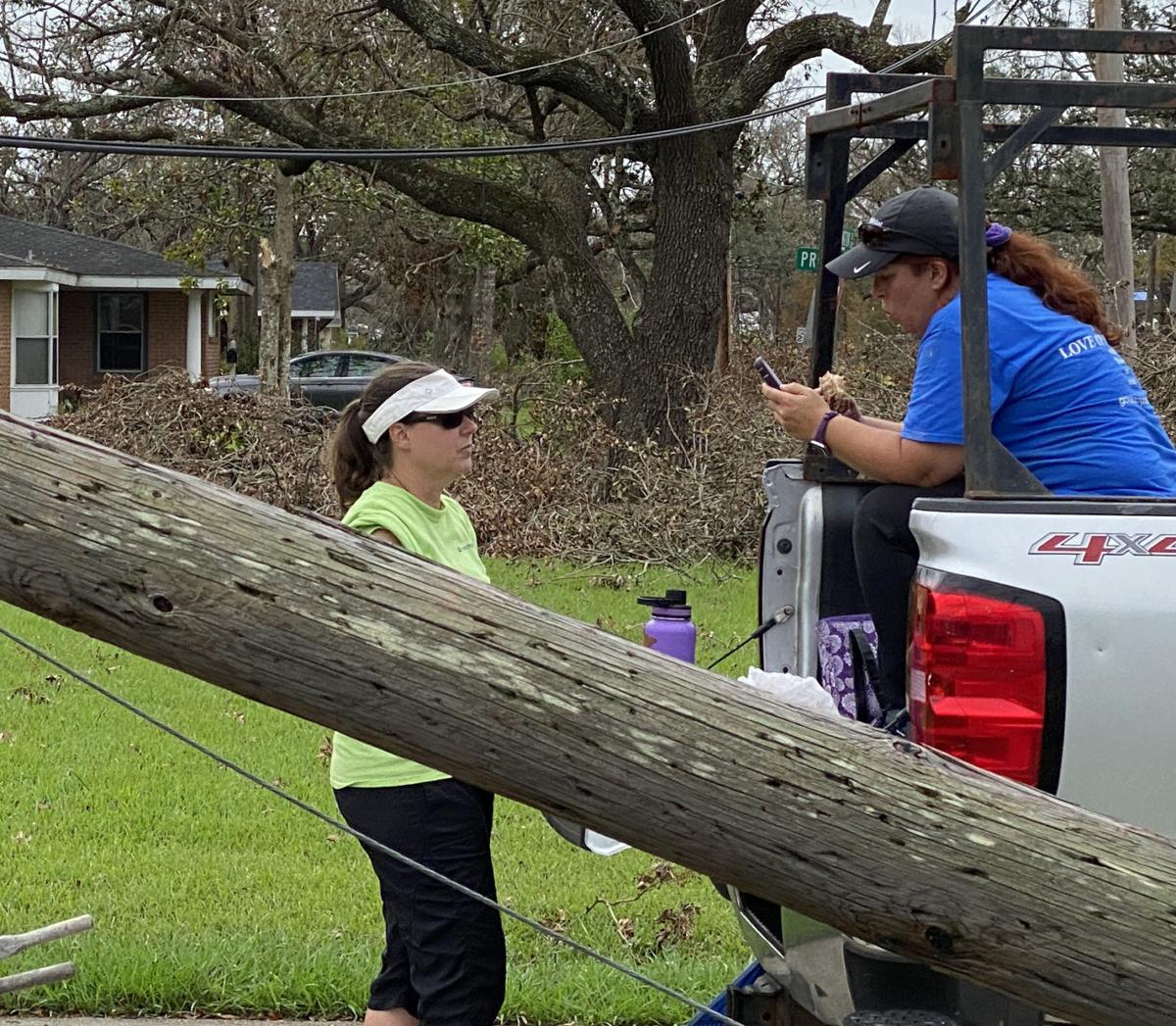 Katrina Welch, of the Evangelical Free Church’s Crisis Response Team, and Kim Breaux, of Trinity Fellowship in Friendswood, discuss next steps for a damaged home in Lake Charles, Louisiana, after Hurricane Laura. 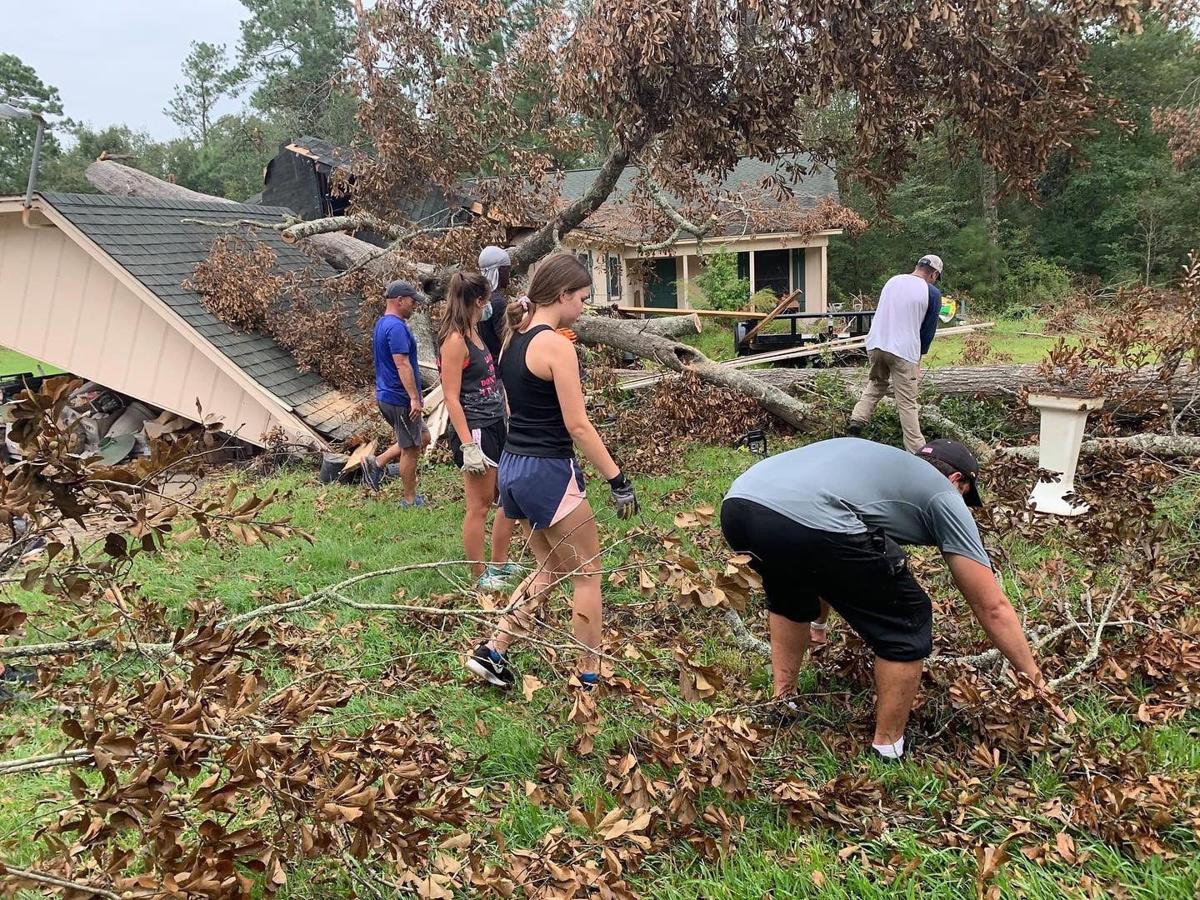 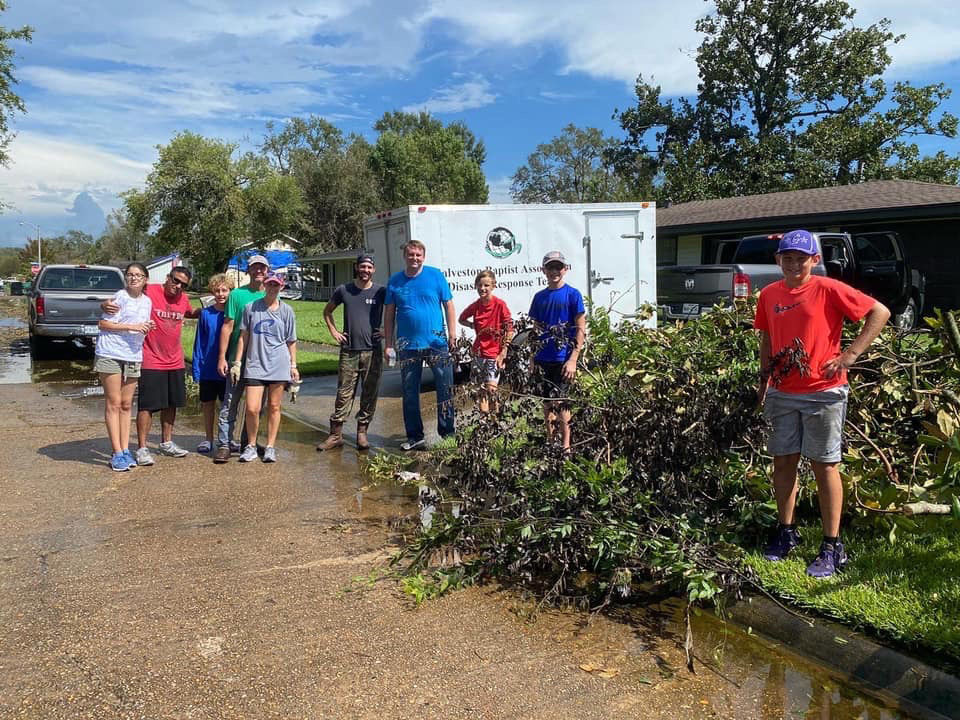 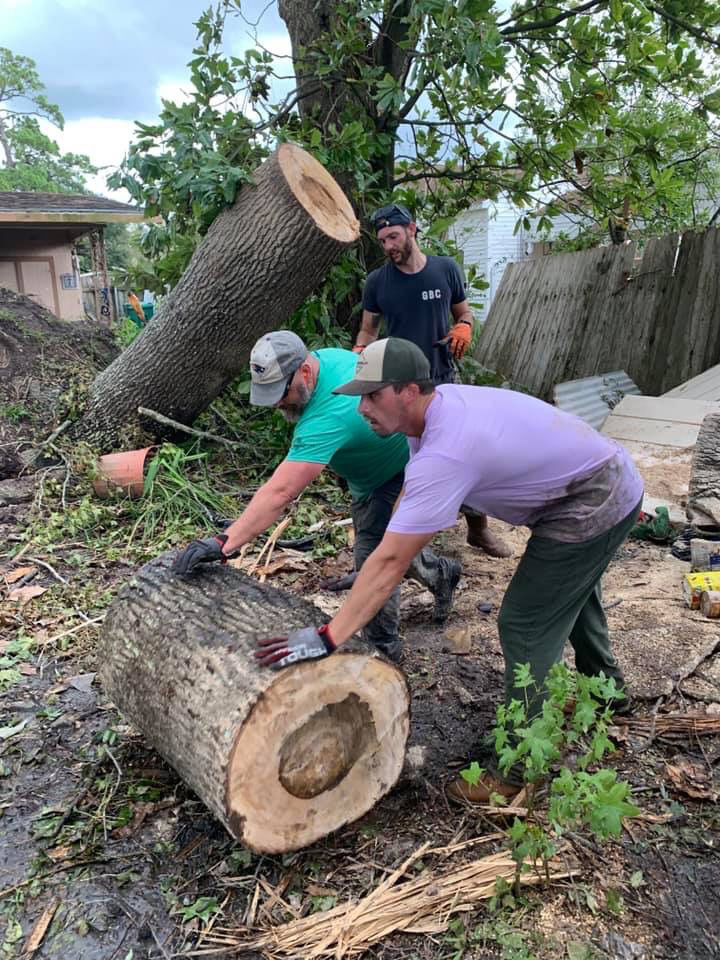 Katrina Welch, of the Evangelical Free Church’s Crisis Response Team, and Kim Breaux, of Trinity Fellowship in Friendswood, discuss next steps for a damaged home in Lake Charles, Louisiana, after Hurricane Laura.

Hurricane Laura broke a few records and many hearts. National media reported it became the strongest storm to make landfall in Louisiana in more than a century. At least 26 people died, and the devastation has been estimated to total $12 billion.

Galveston County churches, some still recovering from Hurricane Harvey themselves, have been quick to pitch in with assistance.

Shari McCormack with the 4B Disaster Response Network headquartered in League City said though its continuing focus remains on helping Harvey’s victims, the organization did dispatch relief immediately after Laura’s landfall.

The contributions from these Galveston County congregations were sent to a United Methodist hub in Lake Charles for distribution.

“We collected six pickup trucks and four or five vans full of items for babies,” said the Rev. Ted A. Duck, longtime leader of Dickinson’s Pine Drive Baptist Church which support 4B.

“After what we experienced in Harvey, we were overwhelmed by the support we received,” he said. “The one thing we did not have then, but had requests for, was baby items. So two days after the hurricane as we prayed about how we could have a relatively immediate effect, and knowing many relief organizations were on the way, we began to seek donations for baby items of all kinds, diapers, formula, cribs, cradles, etc. The results were overwhelming.”

In Friendswood, Ben Ross, a member of First Baptist Church there, who is also a professional chef, rushed over to the disaster area to prepare meals for volunteer and victim alike.

“We reached out to Lake Charles Bible Church, which was severely damaged,” said the Rev. Bob DeGray, Trinity’s senior pastor. “Together we’ve been sending teams each Saturday to help at the church or at the damaged homes of church members.”

In mid-county, Texas City’s Greater Barbours Chapel worked with other local churches including Rising Star, Anointed Praise and First Baptist. Marcus Davis, chairman of the deacon board at Barbours, said the effort was inspired by its pastor’s teaching on the New Testament book of James, which is often summed up as, “Faith without works is dead.”

“Pallets of supplies began to come in from as far as East Texas.” Davis said. “A&A Machine Shop donated a fork lift and driver

when the pallets got too big to handle.

“All of a sudden, what had been only a one-church ministry grew to become a community-wide one,” Davis said. “God acted in a mighty way. Everyone that has participated will be a direct blessing to so many families. We love our community and we will continue accepting donations.”

To volunteer or provide supplies, you can contact any of the following: