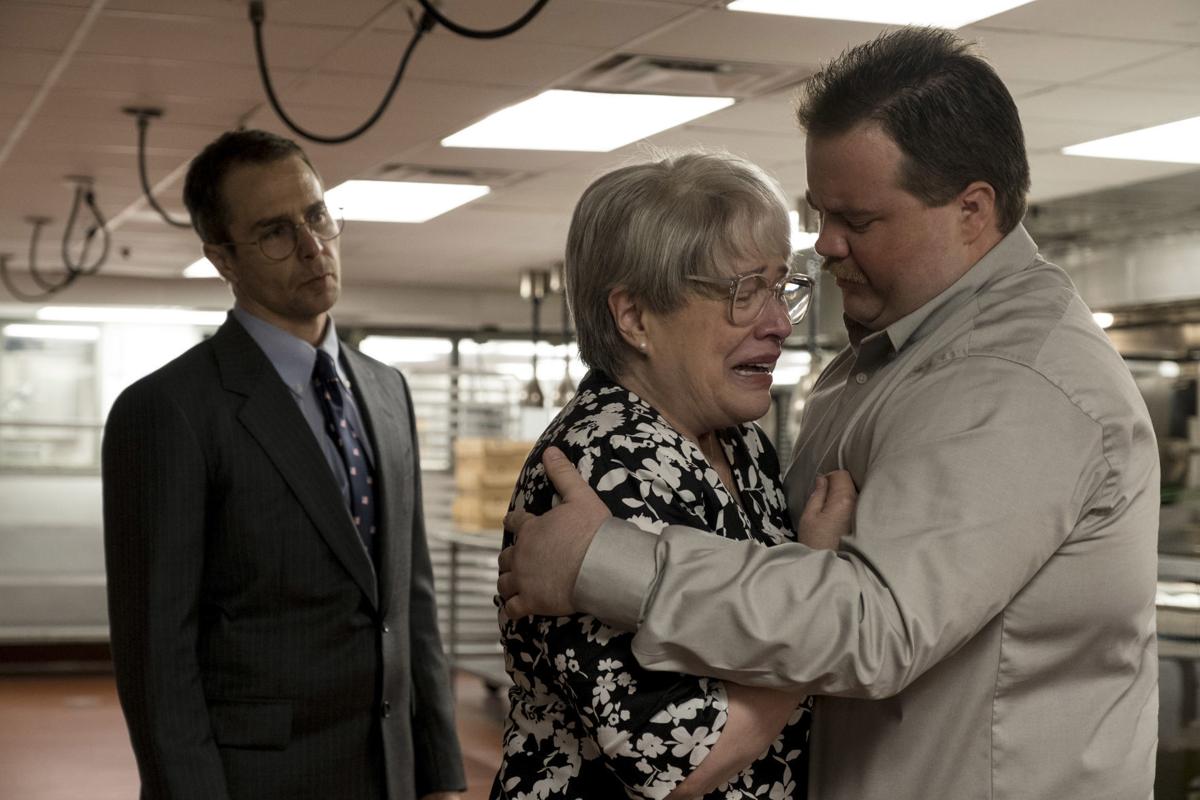 Clint Eastwood’s latest film “Richard Jewell” is as slow and steady as they come. It’s not boring, the opposite actually. This is an extremely engaging film thanks mostly to the authentic performances.

Paul Walter Hauser exploded on the scene in “I, Tonya” playing Shawn Eckhardt, the man eventually arrested in connection with the attack on Nancy Kerrigan. He’s found another role he seems born to play in “Richard Jewell” where the supporting actor becomes the lead in an impressive performance.

Billy Ray (“Shattered Glass,” “Captain Phillips”) is experienced when it comes to investigative true stories, his screenplay, and Eastwood’s direction make subtle accusations about media and government. Yet “Richard Jewell” is foremost a human-interest story of everyday people being thrown into extreme circumstances, and that’s what Eastwood does best.

Despite saving lives, due to his early detection of the bomb in Centennial Park that killed 2 and injured over 100, security guard Richard Jewell (Hauser) quickly became a suspect. Jewell was a small-town guy who wanted nothing more than to impress people with his knowledge, distracting focus from his obesity and lack of accomplishments.

It was his over-eagerness and verbal diarrhea that fit the “False Hero Syndrome,” giving the FBI a suspect when the American people demanded answers. His lawyer Watson Bryant (Sam Rockwell) might be a small-time contract attorney, but he’s the best friend Jewell has when the government comes after him.

Jewell lives at home with his mother Bobi (Kathy Bates) and with all the accusations from the FBI and the constant coverage on television, she watches in horror as her son continues to give them everything they need to incriminate him.

“Richard Jewell” paints a clear picture of the people and events surrounding 1996’s bombing and investigation. It’s something we remember but have fuzzy memories regarding the details. While Jewell is painted as somewhat of a hero, the focus is more on how easily the system can get things wrong.

It’s also about how naïve and frankly backward some people really are toward media, government and basic common sense. The Jewells are the people who sit at home and eat everything they are not supposed to, then complain they don’t feel well.

They are the stereotypical Southerners that watch the news never stopping to think they might be the news one day. Hauser and Bates astutely capture not only the southern mannerisms and dialect but the more subtle attributes only others from the south would likely recognize.

The narrative is balanced between information and character development, paced, so the actors can provide audience accessibility. No fancy camera work, slick editing or a praiseworthy score, it’s bare-bones. Rockwell (“Three Billboards,” “Vice”) isn’t cast too far off his usual stereotypical parts, but his version of the “I’ll fight for you because I believe in you” lawyer is entertaining and impossible not to fall for.

Bates (“The Highwaymen”) lays somewhat dormant until her pleading moment to the press. In that stirring scene, Bates allows us to picture our own mothers having to stand in front of hordes of cameras and lights, frightened, nervous and trembling, asking for help.

Likewise, a scene where Bryant forces Jewell to abandon calm and reason is Oscar bait, but also illustrates the sharp contrast between his performance and the one Hauser gives in “I, Tonya.” There is a fine line between caring about this guy and being totally frustrated by his absurdity.

Perhaps intentionally, Jon Hamm and Olivia Wilde, the villains of the story, overact in every scene. Eastwood is playing to a certain audience, but the film isn’t as obvious as it looks. More nuance and patience might have developed this story a bit better, but the simple nature of its presentation also holds a certain appeal.