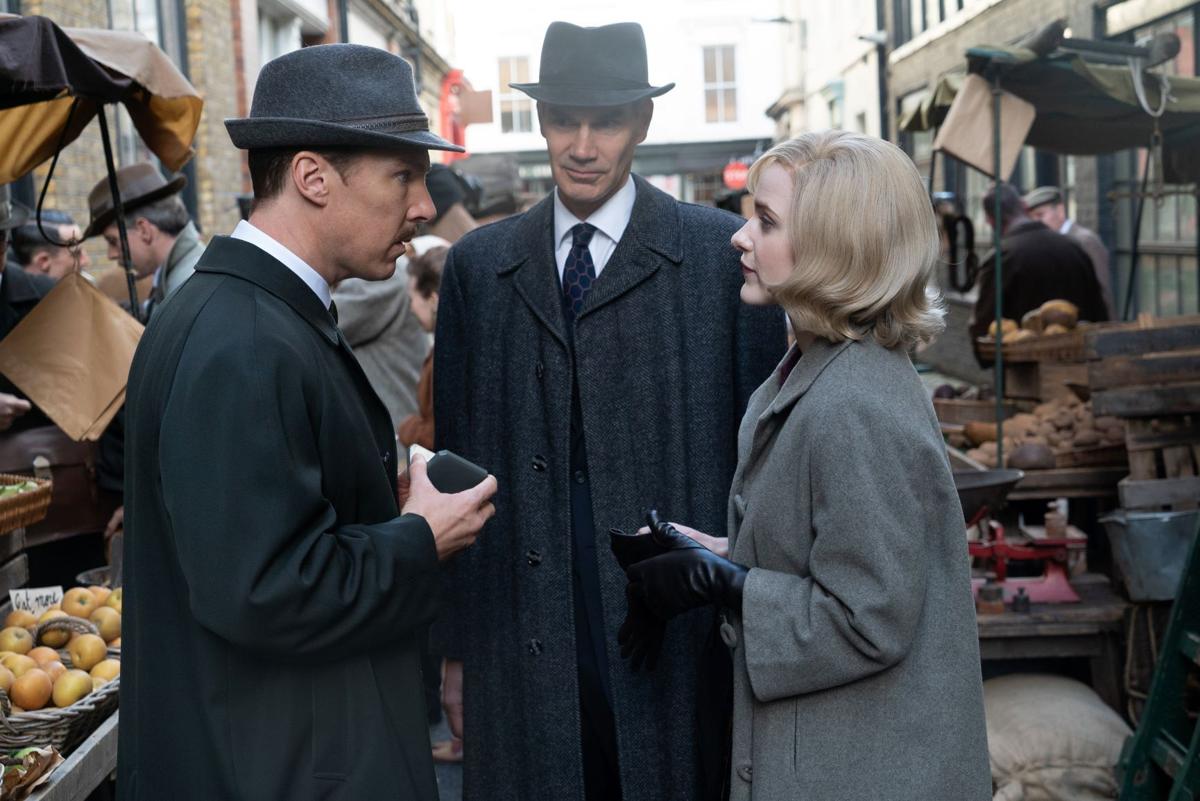 Benedict Cumberbatch, left, Angus Wright and Rachel Brosnahan star in “The Courier,” which will be released Friday, March 19, 2021. 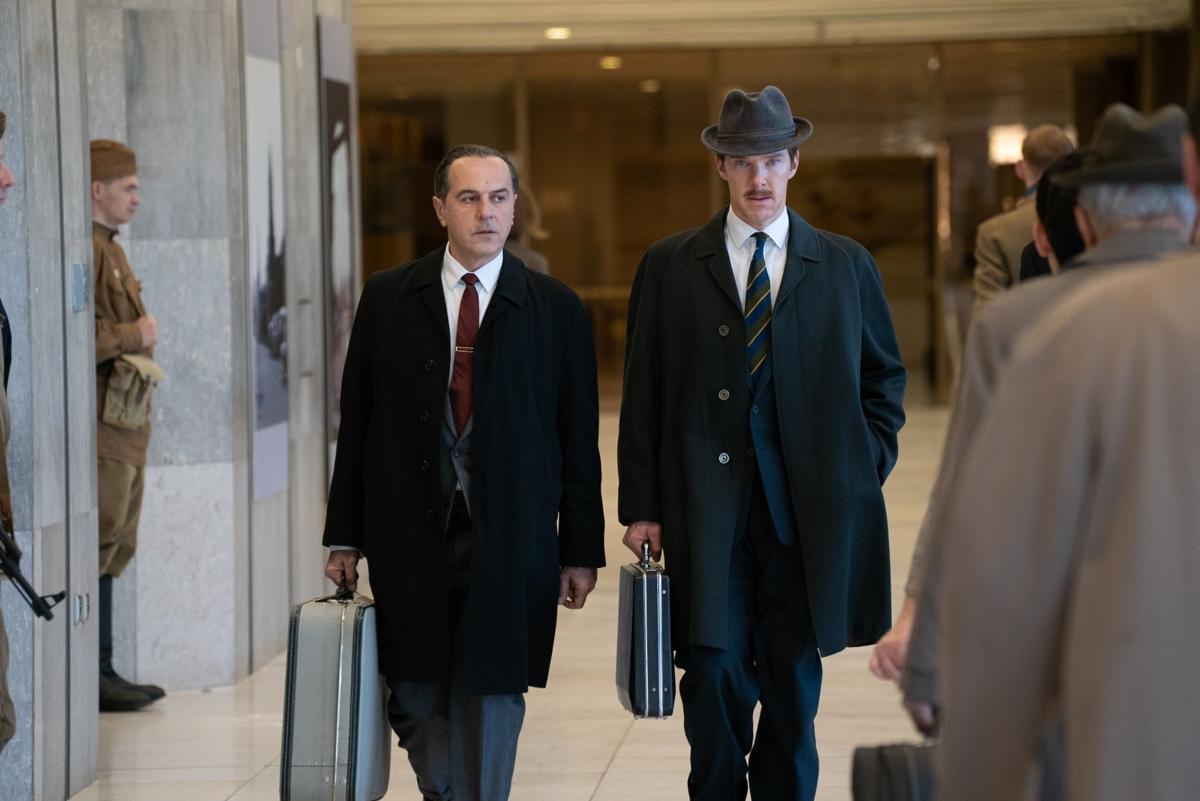 Merab Ninidze, left, and Benedict Cumberbatch star in "The Courier." 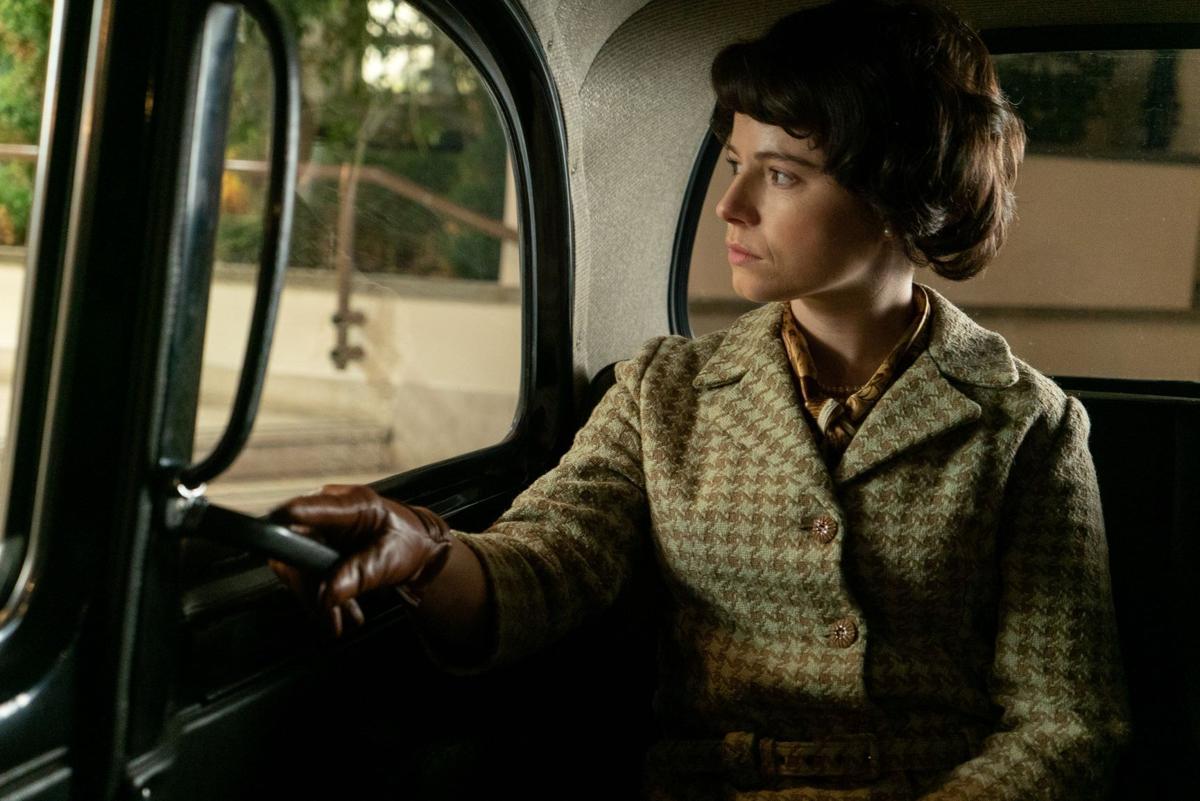 Jessie Buckley stars in “The Courier,” which will be released Friday, March 19, 2021. 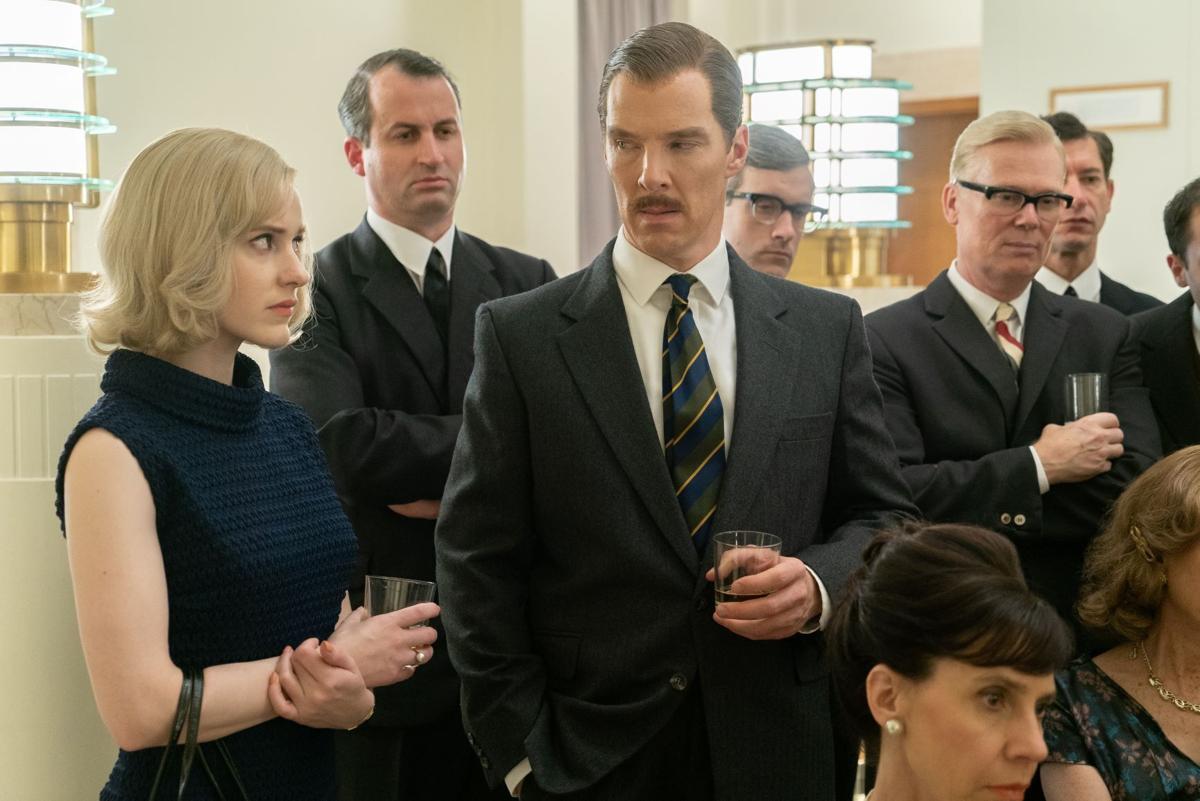 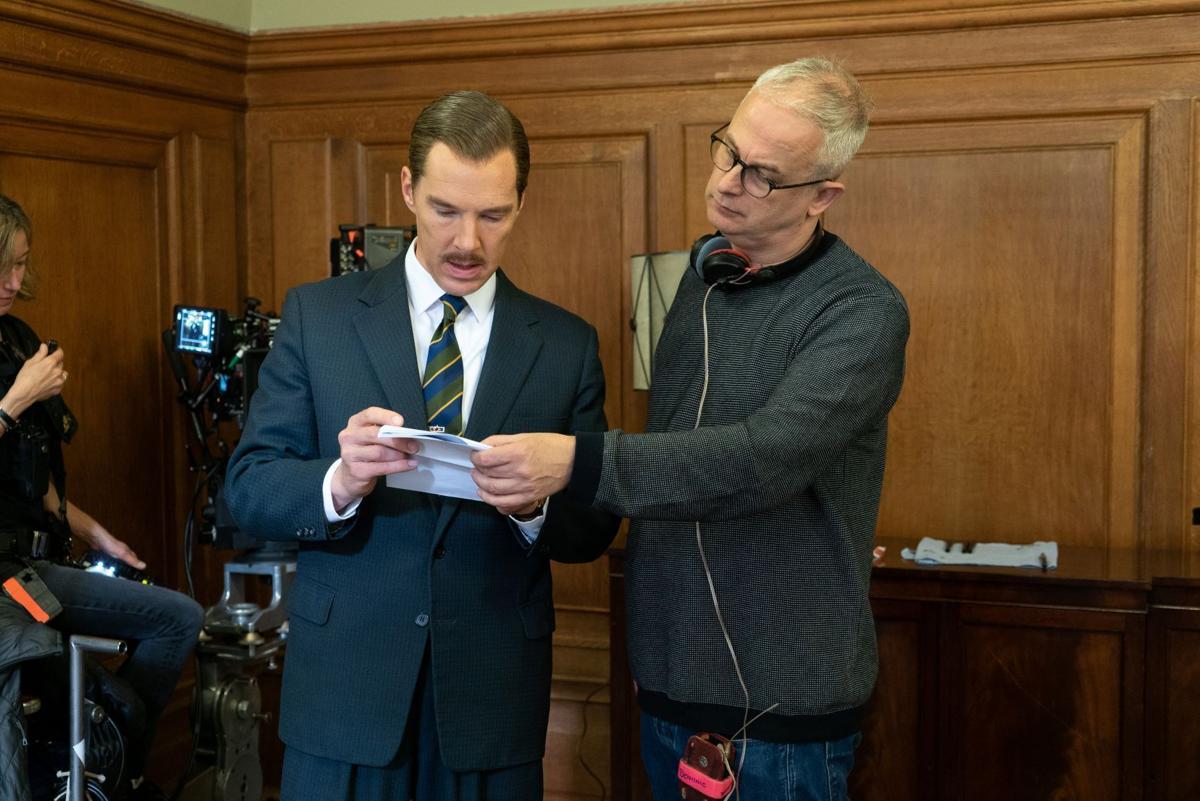 Benedict Cumberbatch, left, and Dominic Cooke work together on the set of "The Courier," which will be released Friday, March 19, 2021.

Benedict Cumberbatch, left, Angus Wright and Rachel Brosnahan star in “The Courier,” which will be released Friday, March 19, 2021.

Merab Ninidze, left, and Benedict Cumberbatch star in "The Courier."

Jessie Buckley stars in “The Courier,” which will be released Friday, March 19, 2021.

Benedict Cumberbatch, left, and Dominic Cooke work together on the set of "The Courier," which will be released Friday, March 19, 2021.

Some films are disadvantaged before opening credits. “The Courier” is a “spy film” that specifically isn’t a “spy thriller.” So leave any notions of James Bond or Tom Clancy at the door.

Benedict Cumberbatch has been selected for this role because of his Marvel appeal, but that means little when your target audience falls outside the superhero universe. “The Courier” struggles not because of the performances — Cumberbatch feels born to play this part — but because it brings nothing new to the genre.

The Cold War-era film lacks creative ways to keep the audience awake and interested in a story that bares little relevance to our world today. “The Courier” faintly resembles superior drama spy films like “Bridge of Spies,” “Tinker Tailor Soldier Spy” or “The Good Shepherd,” with a splash of “Argo” yet never finds its own cinematic voice.

Moscow, 1960, Soviet military intelligence Col. Oleg Penkovsky (Merab Ninidze) is alarmed by the rhetoric coming from his government. He takes the dangerous path of crossing enemy lines and trying to alert the western world about the growing nuclear threat.

“Send in someone the KGB won’t know,” CIA agent Emily Donovan (Rachel Brosnahan) suggests to MI6. Their unsuspecting operative is British salesman Greville Wynne (Cumberbatch), more than willing to do his part in what’s explained to be simple message delivery.

“Use my info wisely,” Penkovsky pleads, understanding the volatile relationship between the countries. Wynne, unable to speak any of this to his suspicious wife (Jessie Buckley), becomes embedded in espionage and way over his head.

“The Courier” is only director Dominic Cooke’s second feature film. His previous, “On Chesil Beach,” was another disconnected drama, where the actors struggled to compensate for Cooke’s deficiencies. Cooke’s experience in National Theatre doesn’t do him any favors in the cinematic realm.

There isn’t much to look at from the viewers’ perspective concerning cinematography or the film’s production design, bleak along with the era. “The Imitation Game” is a prime example of a film that had every reason to be dull and boring. Creative writing and an understanding that history needs to be interesting for modern-day viewers and resonate with social issues of today was its key success.

Brosnahan’s character is borrowing heavily from multiple Jessica Chastain characters, almost like the television star wasn’t their first choice. Buckley is mostly sidelined from the main plot as the wife, who offers an alternative perspective on this everyday-man-turned-antihero-spy story.

It’s the third act where “The Courier” dips into “Argo” territory, only without the Hollywood ending. Penkovsky and Wynne deserved better than Tom O’Connor’s script and Cooke’s dull direction.

Final Thought: Might be the first “spy film” to actually put the audience to sleep.

How to watch: "The Courier" will be available in theaters Friday.