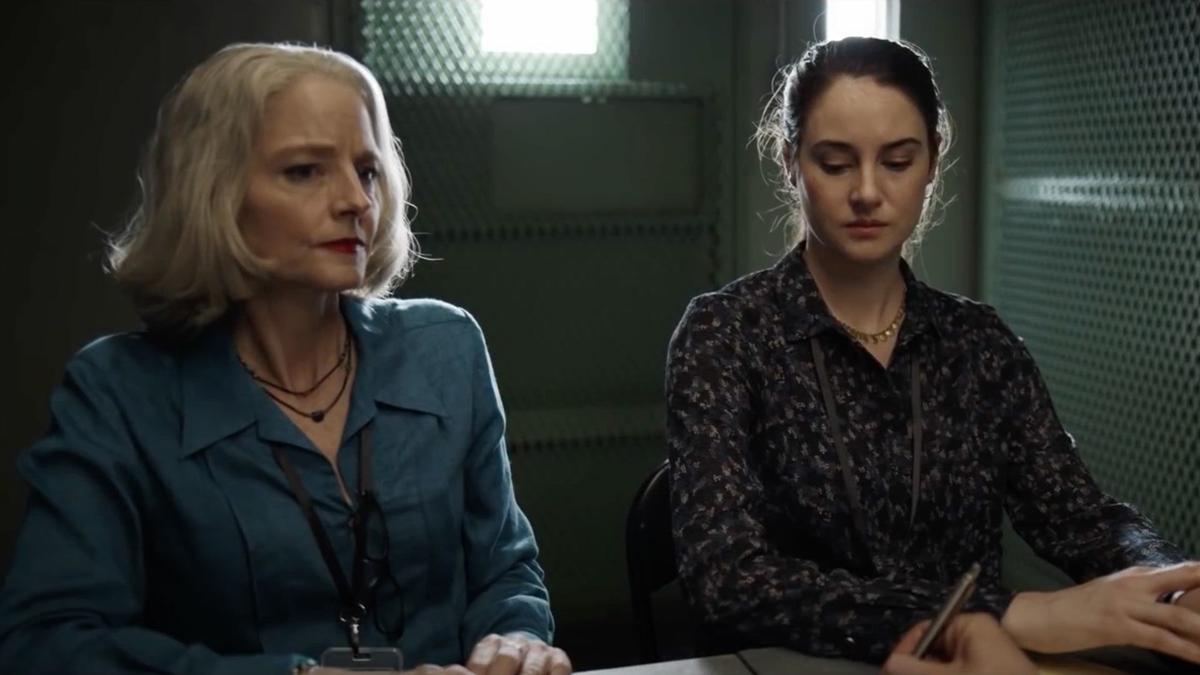 Jodie Foster and Shailene Woodley star in “The Mauritanian,” which was released Friday, Feb. 12, 2021. The film will be available on premiere video on demand on Tuesday, March 2, 2021. 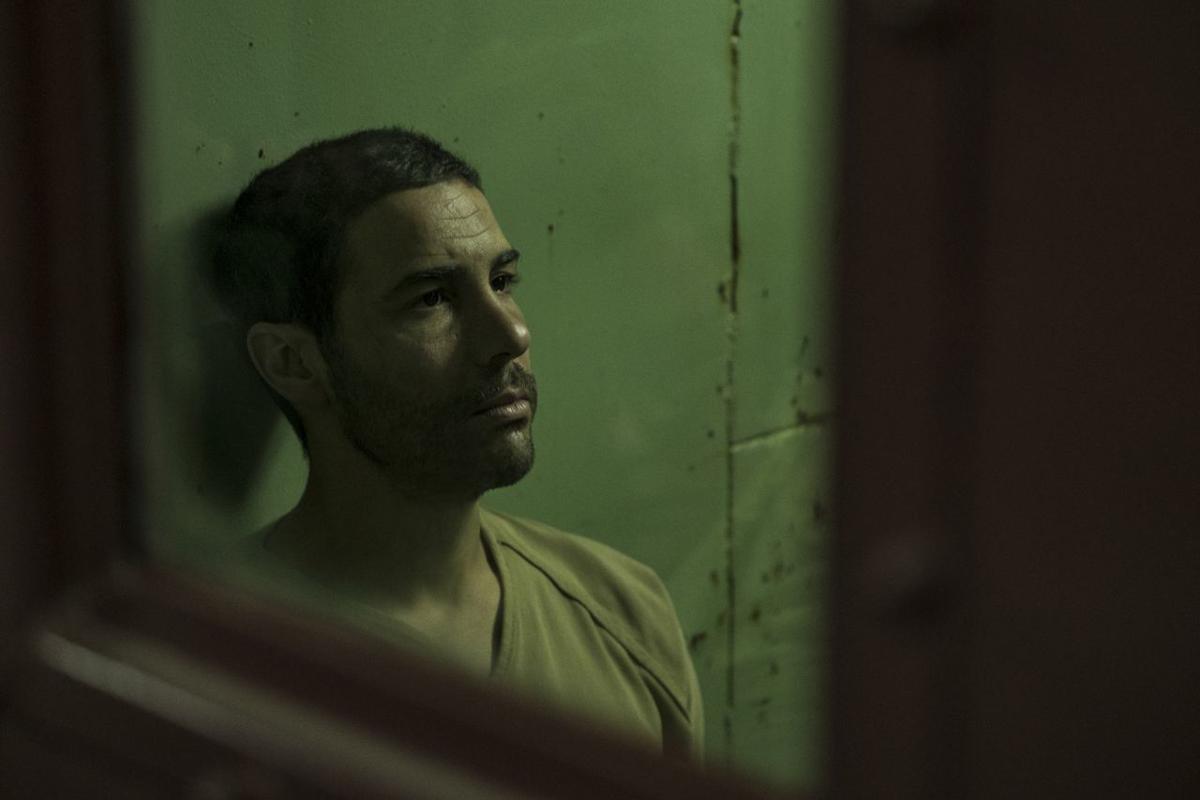 Tahar Rahim stars in “The Mauritanian.” 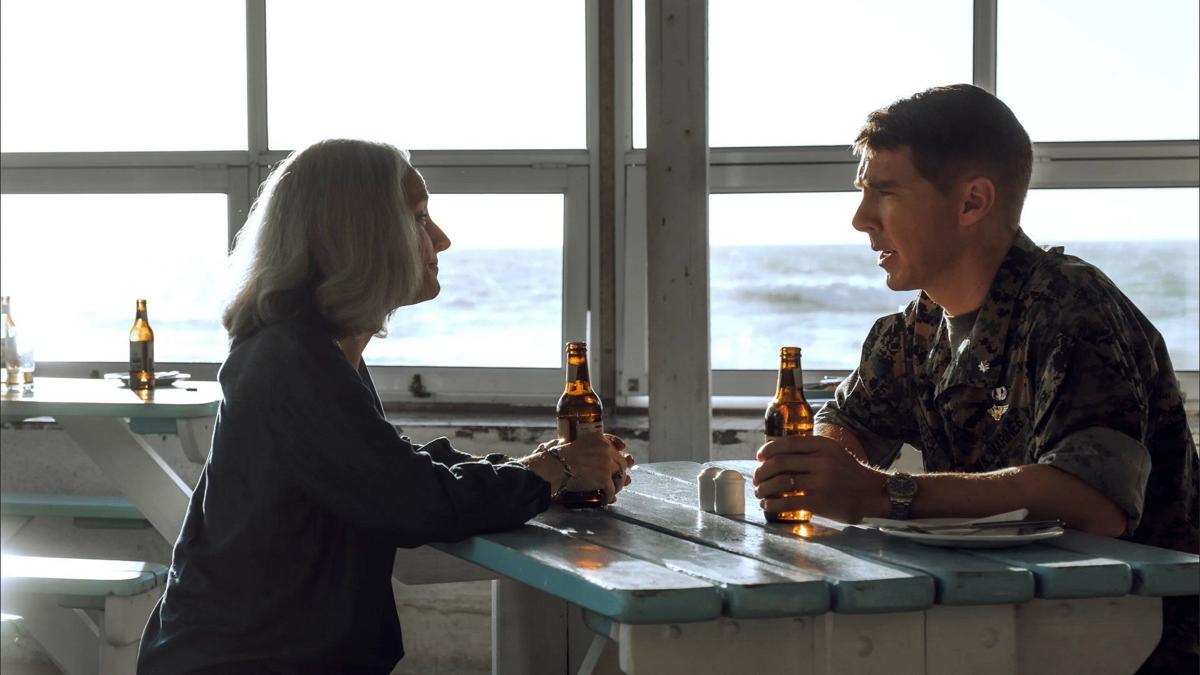 Jodie Foster and Benedict Cumberbatch star in “The Mauritanian,” which was released Friday, Feb. 12, 2021. The film will be available on premiere video on demand on Tuesday, March 2, 2021.

Jodie Foster and Shailene Woodley star in “The Mauritanian,” which was released Friday, Feb. 12, 2021. The film will be available on premiere video on demand on Tuesday, March 2, 2021.

Tahar Rahim stars in “The Mauritanian.”

Jodie Foster and Benedict Cumberbatch star in “The Mauritanian,” which was released Friday, Feb. 12, 2021. The film will be available on premiere video on demand on Tuesday, March 2, 2021.

The way information is processed across the screen to the viewer in “The Mauritanian” might not be original (think “Zero Dark Thirty” or “The Report”), but it’s effective.

Jodie Foster is the marquee name here and with her the experience of an actor who has an Oscar for each hand. Foster is much more than star power; if she’s in it, it means what you’re watching is important and necessary.

While you may be here for the latest Jodie Foster film, it’s Tahar Rahim you walk away so impressed with. Like his award-winning “The Last King of Scotland,” director Kevin Macdonald understands the balance of gripping suspense and giving the audience unbiased facts.

The two most successful types of films during the pandemic era have been the innovative creations and the nostalgic ones. “The Mauritanian” has the makings of a solid ‘90s investigative trial drama for the 21st century.

In the chaos that ensued after 9/11, Mohamedou Ould Slahi (Rahim) was arrested and accused of being involved with the terrorists that carried out the attack. With no proof or evidence, the 32-year-old was sent to Guantanamo Bay and tortured physically and mentally for eight years.

Nancy Hollander (Foster) takes up Slahi’s case, admitting that the majority of her clients are, in fact, guilty but that she’s defending habeas corpus and everyone’s right to a fair trial. Getting access to records and documents is beyond challenging when dealing with a government that has something to hide, but the case comes down to this little, white-haired attorney vs. Lt. Col. Stuart Couch (Benedict Cumberbatch), representing The United States.

Much of the film is told in flashback (the aspect ratio changes to make sure you understand what is flashback), as Slahi recounts what led up to his eight years behind bars. The editing team is moderately successful in organizing the information in a way that’s coherent to the audience. It’s not a perfect job, but it allows us to comprehend the basics of the complicated story.

“The Mauritanian,” however, isn’t the type of film you can fold laundry and take a bathroom break while it’s still playing. Each of the 129 minutes of running time is essential but not always exciting.

While “The Mauritanian” doesn’t have the emotional thunder or clout of “Zero Dark Thirty” or the rousing patriotic ending of “The Report,” it does have Rahim’s Golden Globe-nominated performance.

The “blood boiling” the viewer will feel is more about the final scenes and the information we are given during the credits. While there is enough blood boiling over how Texas has failed its citizens during Winter Storm Uri, “The Mauritanian” might be a film you wait to watch until things are a bit more calm and normal.

You can catch the Foster/Cumberbatch stare down on premiere video on demand on March 2, and if Texas manages to get power back on, “The Mauritanian” would already be playing in theaters.

How to watch: "The Mauritanian" was released Feb. 12, and the film will be available on premiere video on demand on March 2.