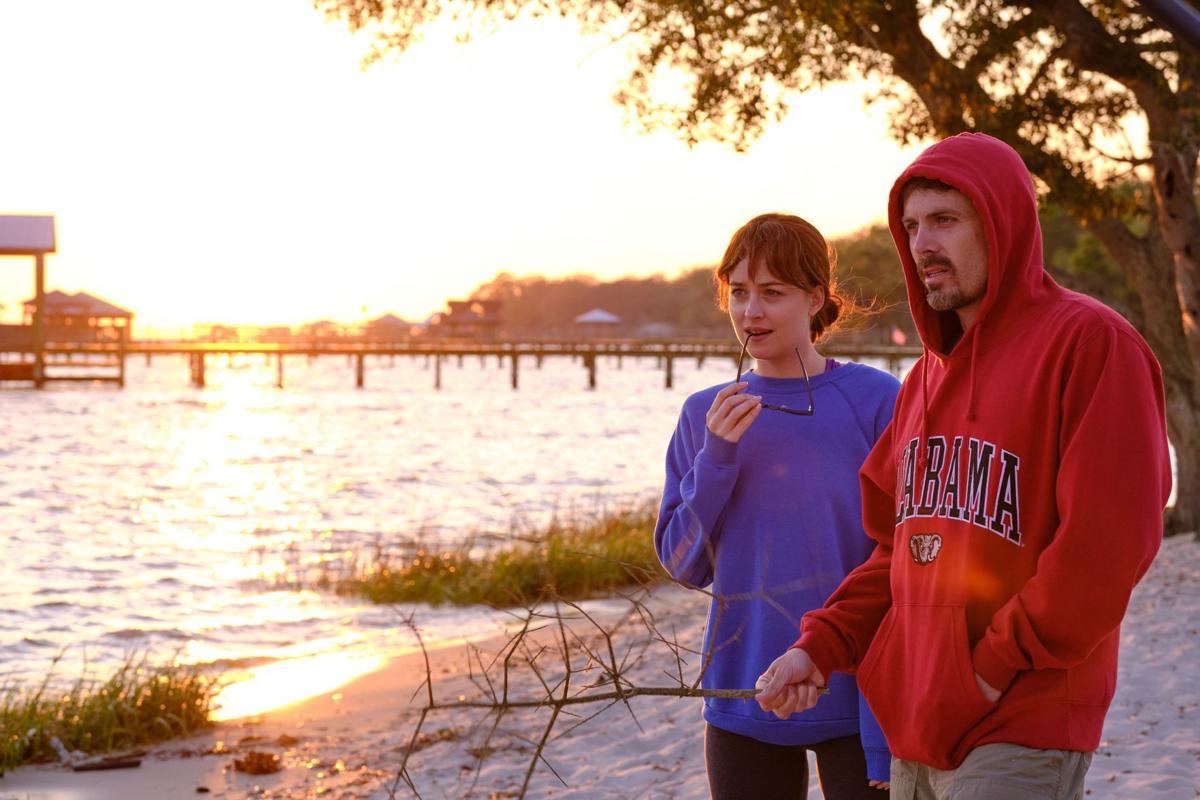 Dakota Johnson, left, and Casey Affleck star in “Our Friend,” which will be released in theaters Friday, Jan. 22, 2020. 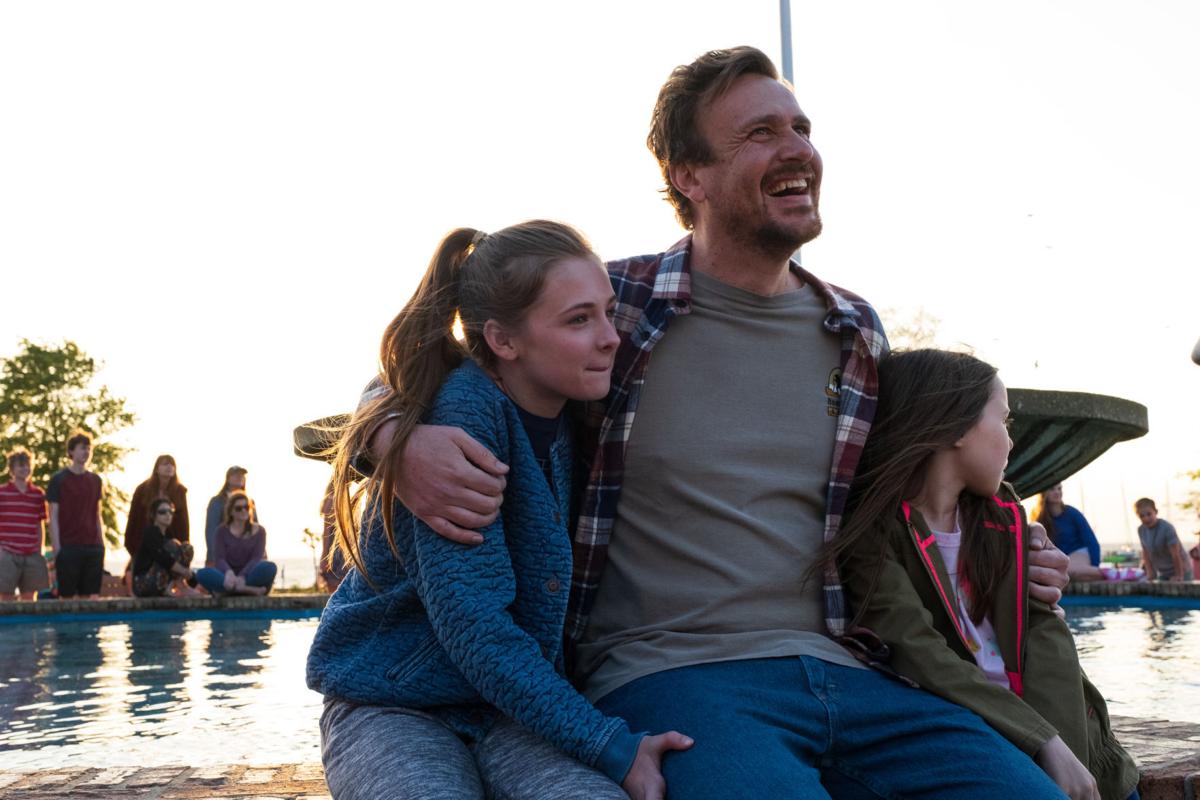 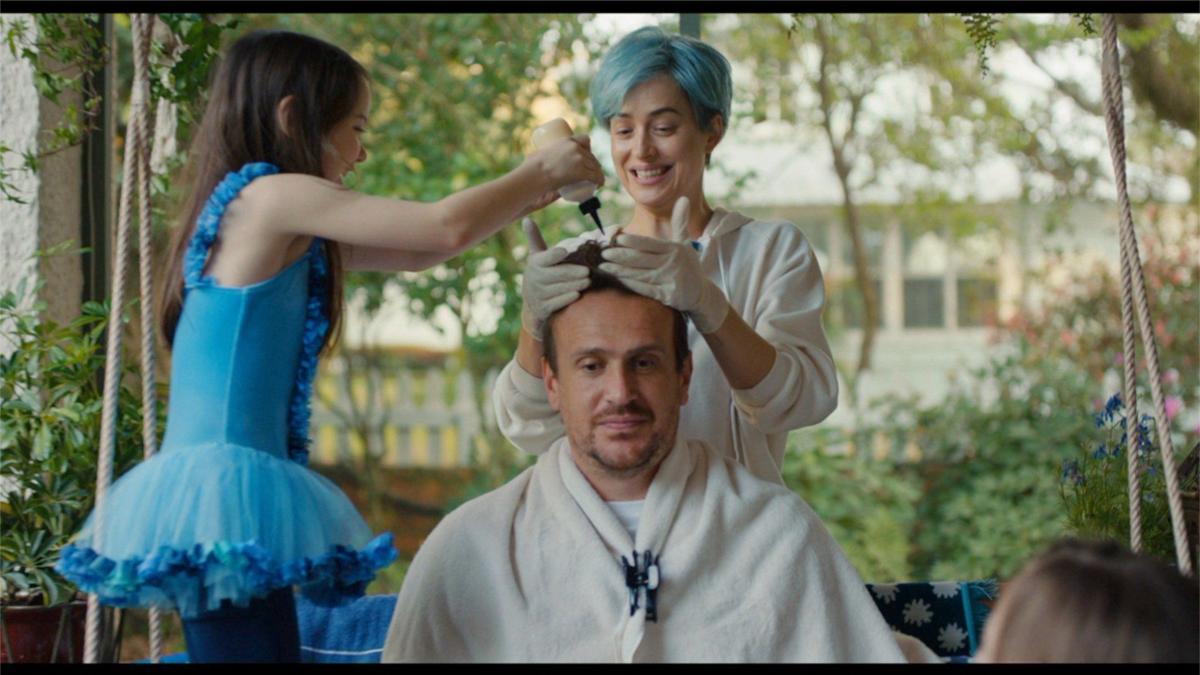 Violet McGraw, left, Dakota Johnson and Jason Segel star in “Our Friend,” which will be released in theaters Friday, Jan. 22, 2020.

Dakota Johnson, left, and Casey Affleck star in “Our Friend,” which will be released in theaters Friday, Jan. 22, 2020.

Violet McGraw, left, Dakota Johnson and Jason Segel star in “Our Friend,” which will be released in theaters Friday, Jan. 22, 2020.

Just when you think you have had about as much cancer drama as you can stand, Gabriela Cowperthwaite’s latest film pivots to a different perspective.

Aptly titled, “Our Friend,” it is a film about that friend we all wish we had who gives up everything to help his best friends through the most difficult events in their lives. Selfless sacrifice is where the film ends up, but you have to go through much out-of-order context via flashbacks and melodramatic plot devices to land on the film’s eventual message.

Try as you might, “Our Friend” will reduce even the most cynical personality to mush. It’s frustratingly tear-jerking.

Matt (Casey Affleck) and Nicole (Dakota Johnson) might look like the perfect family with great kids, a welcoming house and the kind of personalities the entire neighborhood is drawn to. Cancer has a curious way of dismantling perfection, though.

Before their relocation to the coast of Alabama, Nicole, a local stage actor, introduced her husband to fellow thespian Dane (Jason Segel). The two men instantly become friends, unaware of the impact they will have on each other in the next 13 years. Nicole is diagnosed with aggressive cancer. Matt, unable to manage his daughters and his work while also helping his wife, accepts Dane’s help to fill in the gaps.

“It’s not fair that I’m the only woman who knows how special you are.”

Many films at the 2019 Toronto International Film Festival struggled in the editing department. “Our Friend” is no different. While I’m not a fan of the nonlinear narrative used here, the flash-forwards and flashbacks are so out of order that they are particularly frustrating. The perspectives change depending on the story’s place in time.

Sadly, it’s Johnson’s performance that is this film’s weakest link. The emotional earthquake comes not from her, but from Segel, in the title role, and it is only in the final moments where the film comes into focus.

A retooling could make this a masterwork since the film was screened 16 months ago when this was written, it well could be stronger for it’s January 2021 release.

Many films at TIFF 2019 were about death and the act of dying. Each one finds ways to leave the viewer in a tearful, blubbery mess by the end. Cowperthwaite (“Megan Leavey”) finds more original ground than Roger Michell’s “Blackbird,” but “Our Friend” is adapted from a true story, so she had more to build off.

Affleck (“Manchester by the Sea”) easily gives his most emotional performance since nabbing the Oscar. “Our Friend” marks the return of Jason Segel, also doing his career-best work here, although it’s the writing behind his character more so than the performance that works so well.

There are more self-reflective moments here that help engage the audience, allowing you to put some ‘friend’ you may know in the story.

In hindsight “Our Friend” will grow more beloved, it’s already happening as I write this review. The power of its conclusion seems to have a way of insulating the film’s weaker points.

Final Thought: This one gets progressively better right up to the emotionally overwhelming end.

How to watch: "Our Friend" will be released in theaters Friday, and it will be available on video on demand.