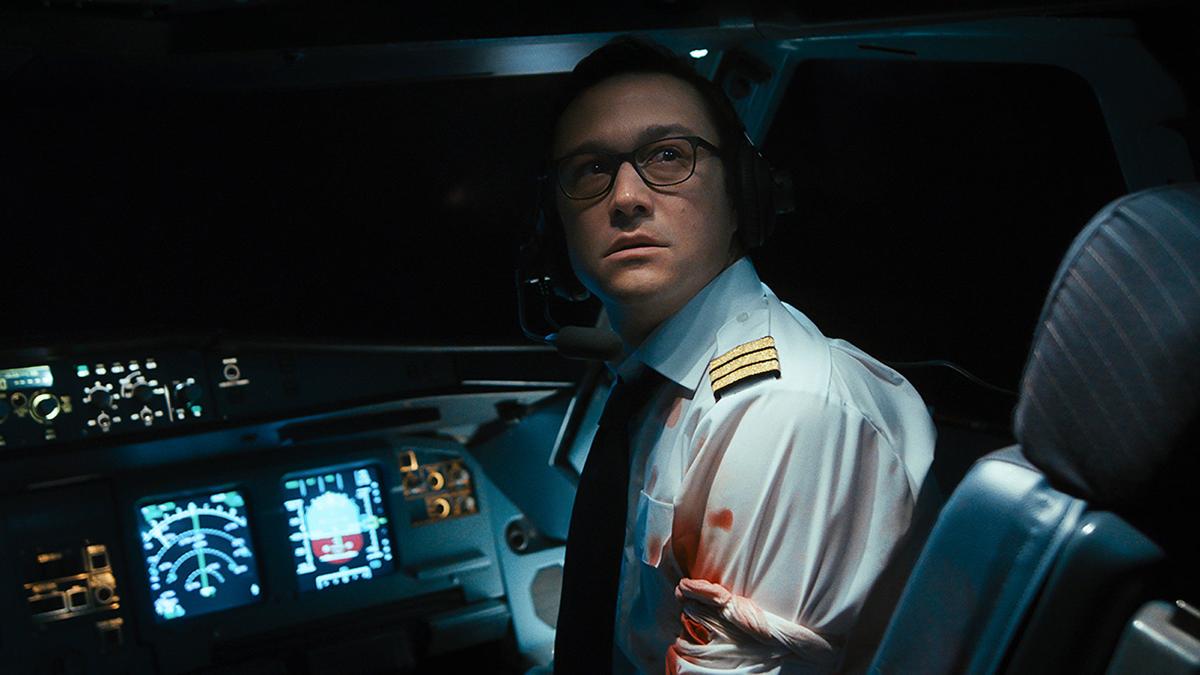 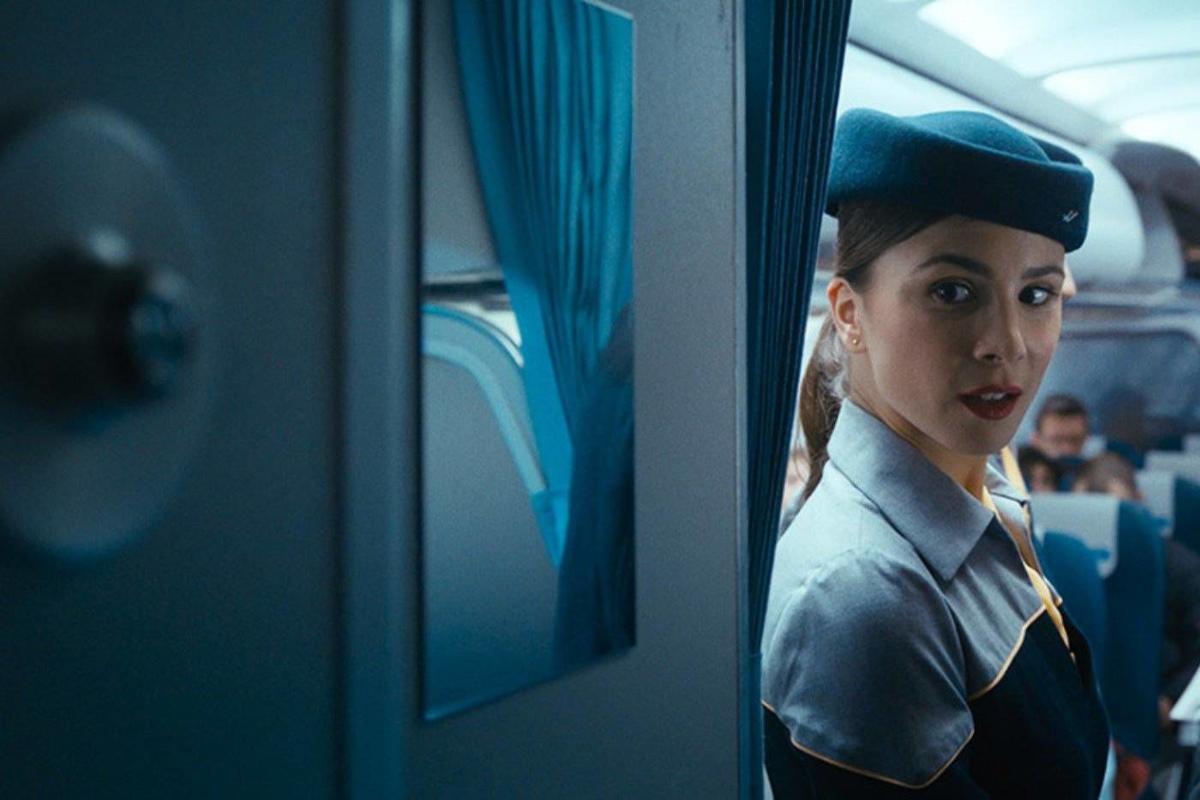 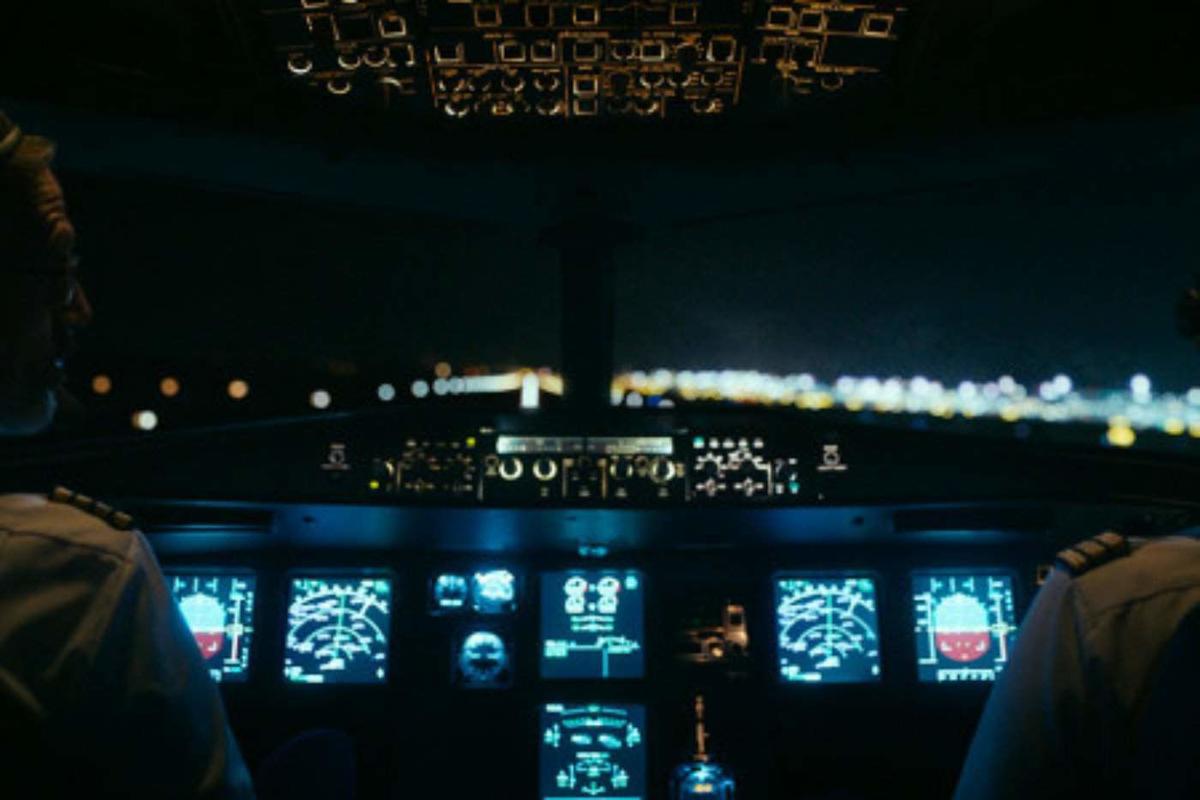 Joseph Gordon Levitt, Omid Memar, Carlo Kitzlinger and Aylin Tezel star in "7500," which will be released on video on demand on Friday, June 19, 2020.

Joseph Gordon Levitt, Omid Memar, Carlo Kitzlinger and Aylin Tezel star in "7500," which will be released on video on demand on Friday, June 19, 2020.

With most feature films still holding onto hope for a theatrical release, “7500” will likely be the most suspenseful and edge-of-your-couch thriller of 2020.

Like most thrillers that find a way to isolate the protagonist and build a story around one or two people, “7500” limits the audience’s view to the cockpit of an airplane. The point of view aids in the tension, and it creates much of the action.

First-time feature film director Patrick Vollrath uses his expertise in short-film projects to maximize the running time here. Things go from a normal flight to a tragic one quickly. As with Sandra Bullock in “Gravity” or Tom Hardy in “Locke,” it’s Joseph Gordon Levitt’s performance that’s key to drawing the audience into the dire situation.

“How old are you,” Captain Michael Lutzmann (Carlo Kitzlinger) asks his first mate Tobias Ellis (Levitt). “Thirty-one” he replies, adding that he has been flying for over 10 years.

On a routine evening flight from Berlin to Paris, the two pilots are exchanging stories about their lives and experience. The routine is disrupted when a flight attendant brings them food, and three men storm past her into the cockpit.

7500 is the transponder code that alerts other planes and air traffic control that the plane has been hijacked. Tobias will have to use every trick in and out of the book to regain control of the plane while keeping the 85 people on board calm and following emergency protocol that mean for no reason whatsoever can he open the cockpit door.

By keeping the audience in the cockpit for the duration of the film, Vollrath’s script allows us to follow a realistic portrayal of procedures and events that take place during a hijacking. We have seen other films like “United 93” where the point of view remains entirely in the cabin.

At one point Ellis uses the phrase, “I am in full control,” which is almost comical because what’s so terrifying about this film and situation is how fragile control is and how frighteningly easy it changes hands.

“7500” is an ideal film to view from home, as it warrants yelling at the screen. The script doesn’t go extremely deep at 93 minutes of running time to explore the traumatic aftermath, the topic of terrorism or anything other than the events that unfold within the cockpit.

Levitt (“Inception,” “The Dark Knight Rises”) always been one of the cinema’s most promising actors who took a step away from film after his performance in “Snowden.” “7500” marks his first on-screen performance in a while, but he is about to be seen in an avalanche of soon-to-be-released movies.

His performance here certainly anchors the film, it’s reactionary, like most action thrillers, where he uses intelligence and what little weapons and tools are at his disposal to fight back the threat.

For those stressed out from current events and stay-at-home orders, “7500” might not be the relaxing film of hope you might need. However, it will certainly distract you for 90 minutes and have you focused on nothing else but Tobias Ellis desperately trying to survive.

Final Thought: “7500” is the most suspenseful film to be released so far during the stay-at-home era.