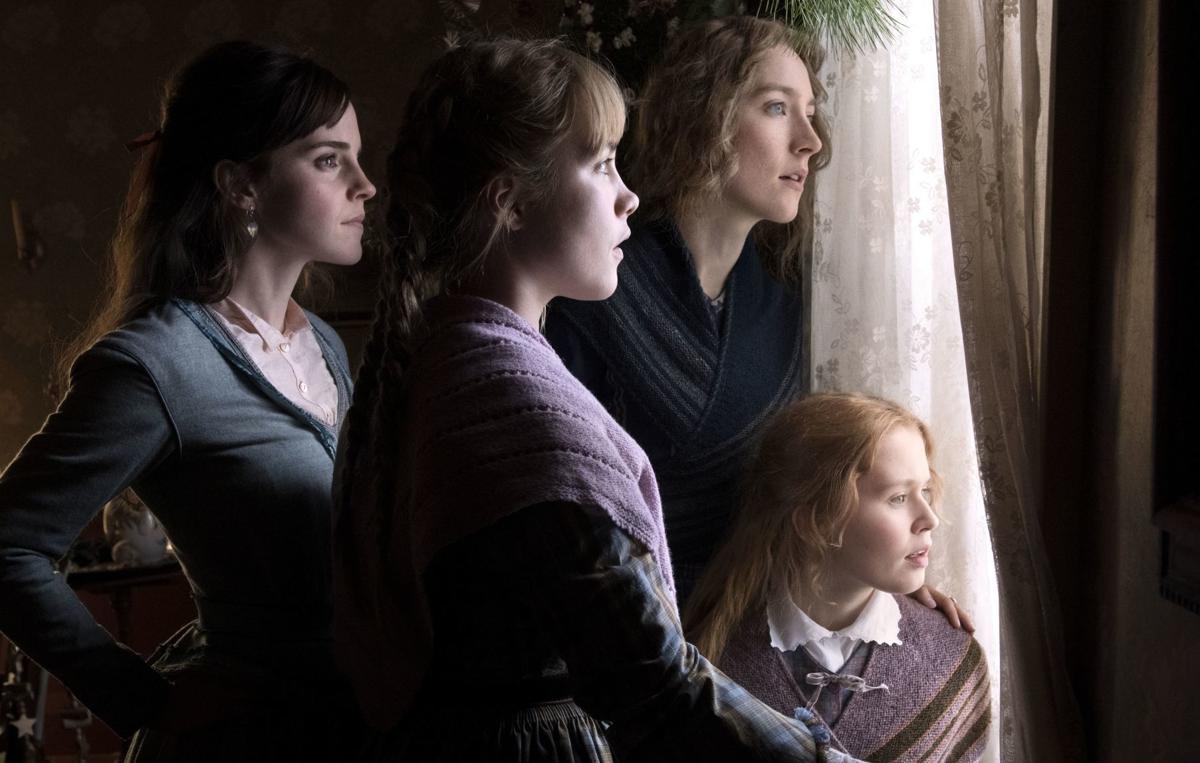 “Short and spicy,” “married or dead”... those were the parameters Louisa May Alcott was given on how to write women and end her stories in the 1850s. Academy Award-nominated director Greta Gerwig brings Alcott’s “Little Women” back to life 25 years after its last theatrical treatment, which starred Winona Ryder and Susan Sarandon.

Short and spicy isn’t quite what this version encapsulates. Gerwig’s creative adaptation blends more of Alcott’s real personality with her literary alter ego, Jo, than past versions. Gerwig’s “Lady Bird” cast and crew plus some of the most talented names in the business balance a modern interpretation of Alcott’s beloved work with classical cinema appeal. Saoirse Ronan feels born to play every character she inhabits, because she dives so deep into their personalities. She proves that again as Jo but isn’t necessarily the focal point. Gerwig amplifies the roles of Amy and Laurie giving actors Florence Pugh (“Midsomar”) and Timothy Chalamet (“The King”) not only increased screen time but more point-of-view moments to develop depth.

The Marsh sisters anxiously await their father’s (Bob Odenkirk) return from war obligation. Nestled in the small community of Concord, Massachusetts, eldest daughter Meg (Emma Watson) has already resigned herself to family life, abandoning any fleeting dreams of becoming an actress. Jo (Ronan), the writer of the family, clings to her independence even when it delivers solitude. Amy (Pugh) simply wants to be involved in her older sisters’ fun, while youngest Beth (Eliza Scanlan) is content with the adoration shown by the Marsh’s wealthy neighbor, Mr. Laurence (Chris Cooper). Theodore “Laurie” Laurence (Chalamet), the grandson, longs to be a part of the Marsh family. He’s completely taken with Jo; everything about her excites him despite her insistence she will never marry. Marmee (Laura Dern) watches her daughters wrestle with life’s hardships over the years, embracing opportunities she never had.

One of Gerwig’s more notable changes from previous films and television adaptations is the non-liner chronology. The story begins with Jo in New York at a publishing house where Mr. Dashwood (Tracy Letts) not only sets the board of restrictions against women of the day but also provides a benchmark in which the audience can measure Jo’s personal growth, coming back to that same bargaining table in the end. Jumping back and forth in time costs the narrative some emotional high points, when a funeral and a wedding are shown back to back. However, it moves Laurie’s impassioned confession to the climax.

Gerwig’s script is keen to clue the viewer in on which time period they are in with haircuts, color, seasonal decoration and where various characters are — you just have to pay attention. The editing greatly benefits Chalamet’s performance, who is in nearly every scene past and present. Gerwig and the studio understand the importance of serving fans of the book as well as those of “Lady Bird.” Integrating two very different things together is Gerwig’s greatest accomplishment.

Gerwig steals Joe Wright’s Oscar-winning costume designer, Jacqueline Durran (“Atonement,” “Anna Karenina”), the ideal choice to costume this American literary epic. The loftier fashions worn by Pugh in Europe are striking, not to be undone by Durran’s inventive designs for fashion trendsetter Chalamet. Alexandre Desplat could add an 11th Oscar nomination following his score for “Little Women,” which is alternately understated and comforting when needed.

“I Am Love” cinematographer Yorick Le Saux is one more European involved in casting new light on the very American story. Gerwig doesn’t go full-on Wright’s ”Pride & Prejudice” interpretation, but some of Le Saux’s breathtaking wide shots expand “Little Women” from intimate family drama to more grandiose stature. Gerwig chooses a more open-ended conclusion for her adaptation, allowing the audience to read what they want in Jo’s future, while sacrificing none of Alcott’s intentions.

Final Thought: Gerwig hones her skills as a filmmaker by modernizing “Little Women” ever so slightly for a new generation, never losing sight of Alcott’s original vision.