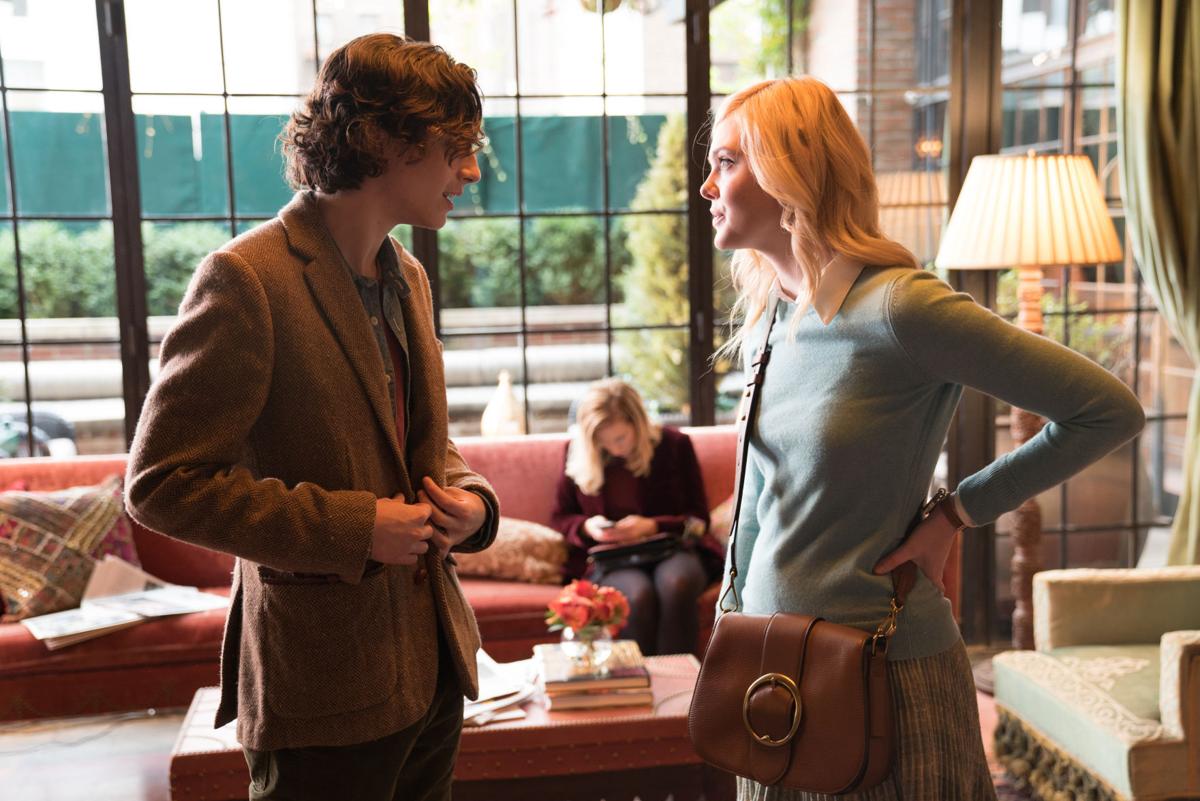 Timothee Chalamet and Elle Fanning star in “A Rainy Day in New York,” which will be released Friday, Oct. 9, 2020. 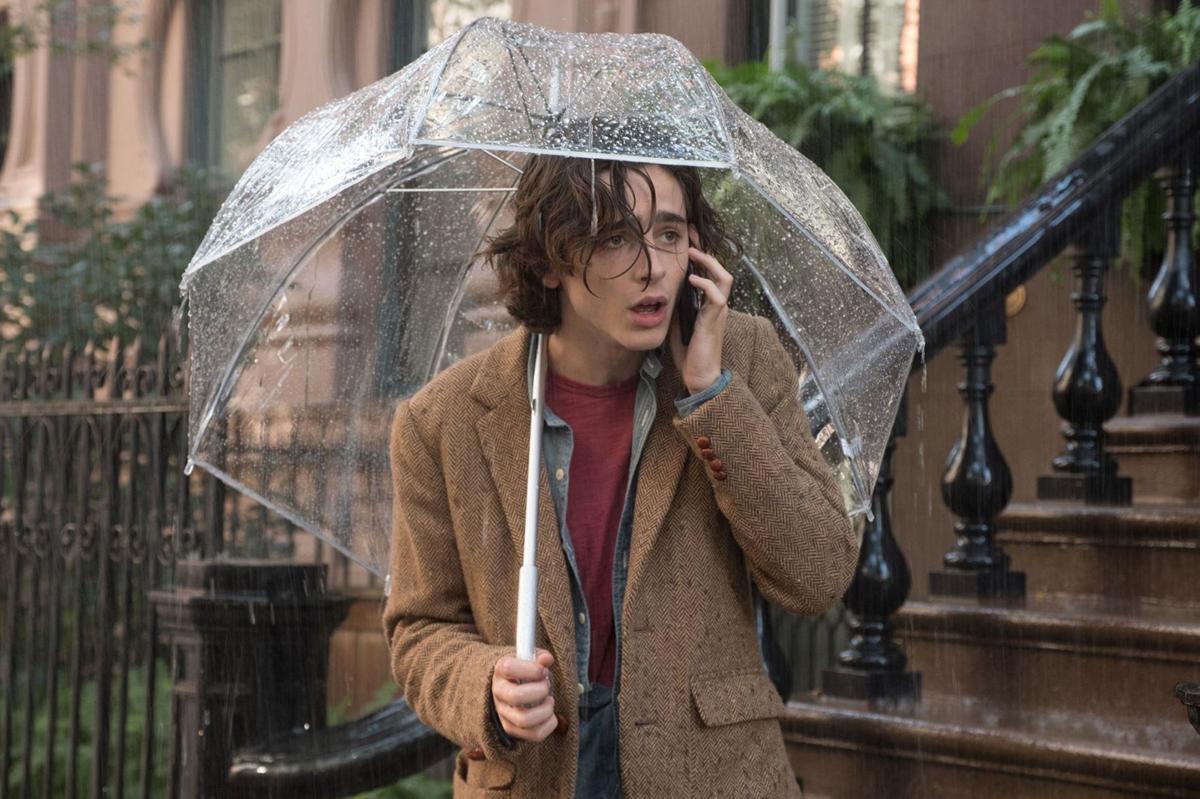 Timothee Chalamet stars in “A Rainy Day in New York,” which will be released Friday, Oct. 9, 2020. 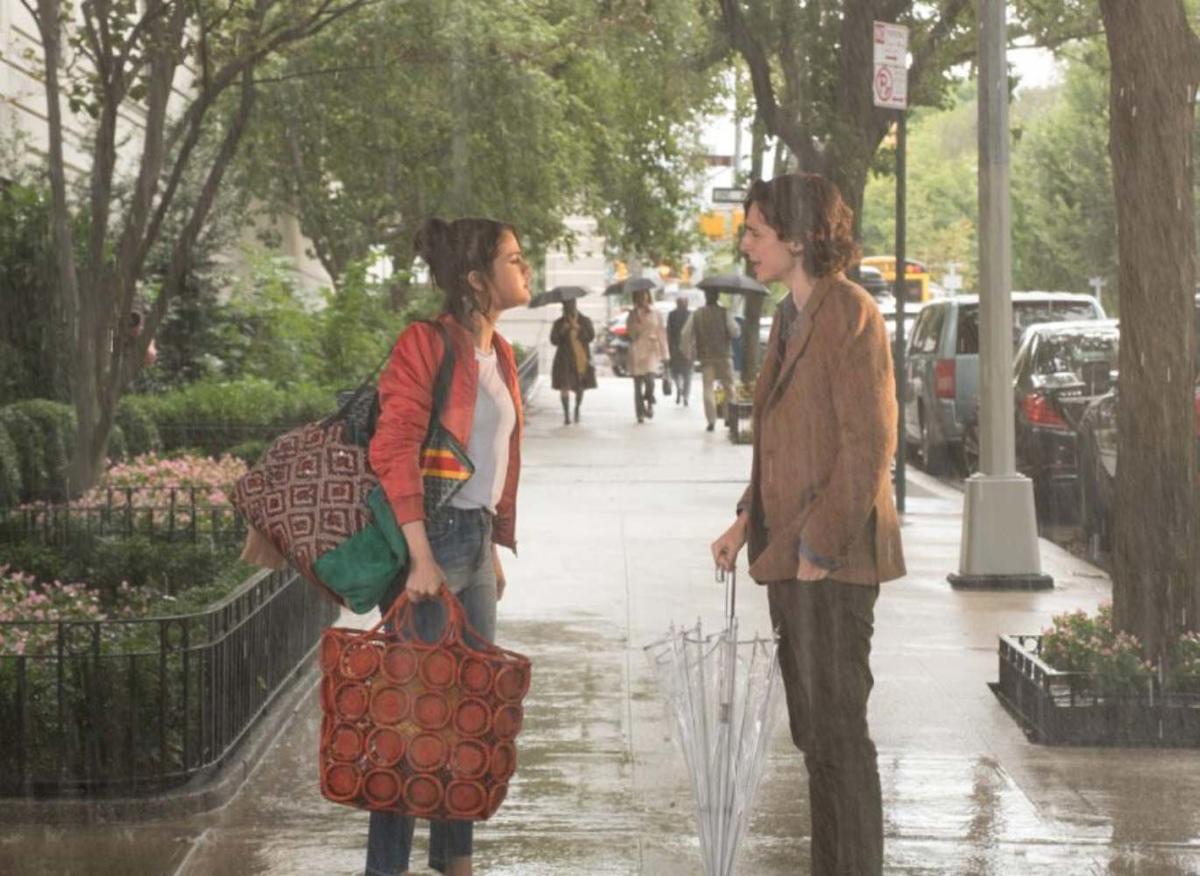 Selena Gomez and Timothee Chalamet star in a scene from “A Rainy Day in New York.”

Timothee Chalamet and Elle Fanning star in “A Rainy Day in New York,” which will be released Friday, Oct. 9, 2020.

Timothee Chalamet stars in “A Rainy Day in New York,” which will be released Friday, Oct. 9, 2020.

Selena Gomez and Timothee Chalamet star in a scene from “A Rainy Day in New York.”

Woody Allen’s 48th feature-length film is another forgettably trite romantic comedy — ironic since “A Rainy Day in New York” has become one of his most controversial.

Set to debut in 2018 amid the #MeToo movement, allegations, old and new, against the Oscar-winning filmmaker resulted in many of the cast, including Timothee Chalamet, donating their salary to charity and the film being shelved. With Chalamet playing the lead role in next year’s sci-fi epic “Dune,” a new distributor is banking that Chalamet’s growing fanbase, and Woody Allen’s loyal one, will still want to see this film despite the controversy.

As usual, most of Allen’s leading male characters embody his own peculiar eccentricities, Chalamet (“Call Me by Your Name”) has certainly done his research, nailing the Allen persona. Elle Fanning (“Maleficent: Mistress of Evil”) accomplishes the most irritating performance of her career, allowing pop-star-turned-actress Selena Gomez’s subtlety and sarcasm to steal the movie.

Gatsby (Chalamet) and girlfriend Ashleigh (Fanning) have left their liberal arts college in upstate New York for a weekend in the city. Studying journalism and working for the college paper, Ashleigh has landed an interview with prominent indie film director Roland Pollard (Liev Schreiber), the reason for their trip.

Gatsby, who comes from a prominent New York family, has a gambling addiction but almost always wins. Which is why he is treating Ashleigh to the finest hotels. At least he was until her interview turns into a major scoop with the director having an existential crisis, leading the beauty queen from Arizona on an unforgettable chase as she charms her way through the city.

Left alone, the forced solitude leads Gatsby on his own journey, and by the time the lovers catch up with each other, they are two entirely different people.

Trite is defined as “silly” or “commonplace.” Fanning’s character and performance has more silliness than I can remember in a single Allen film. It borders on unwatchable as the nervous giggles, hiccups and sexual advances give more weight to the unrelated controversy than it should.

The movie has two blond female characters, and Allen writes them both as complete morons. The three dark-haired women are intelligent, direct and in control of every situation or scene. If you have seen even one of Allen’s film, you know the formula of the guy and girl who start out together won’t be together by the end of the film.

Chalamet’s acting depth compensates for much of what’s missing from the film — the best moments are his quiet and soulful interactions with Gomez. Cherry Jones (“Boy Erased”) as Gatsby’s mother, in one scene, is as memorable as anything else in the entire film.

“A Rainy Day in New York” doesn’t say much about love, life or anything really. It’s full of talented actors, many overacting as minor characters, roles they never would have accepted if it wasn’t Allen’s name on the script.

This script, like nearly all of Allen’s characters, deals with the types of people few of us ever encounter in the real world. It’s questionable whether the 84-year-old understands the college-aged crowd. There is little to Gatsby, Ashleigh or even Gomez’s Chan that feels authentic.

A Rainy Day in New York