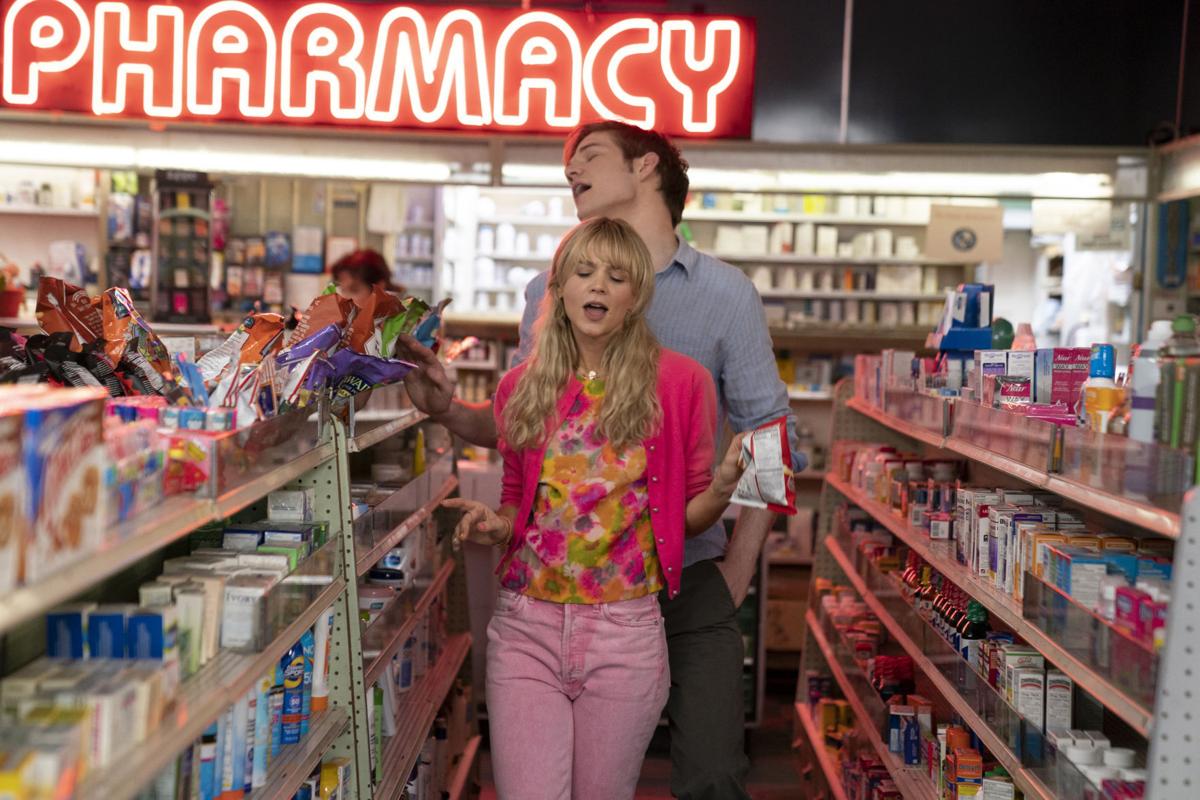 Carey Mulligan and Bo Burnham star together in “Promising Young Woman,” which was released Friday, Dec. 25, 2020. 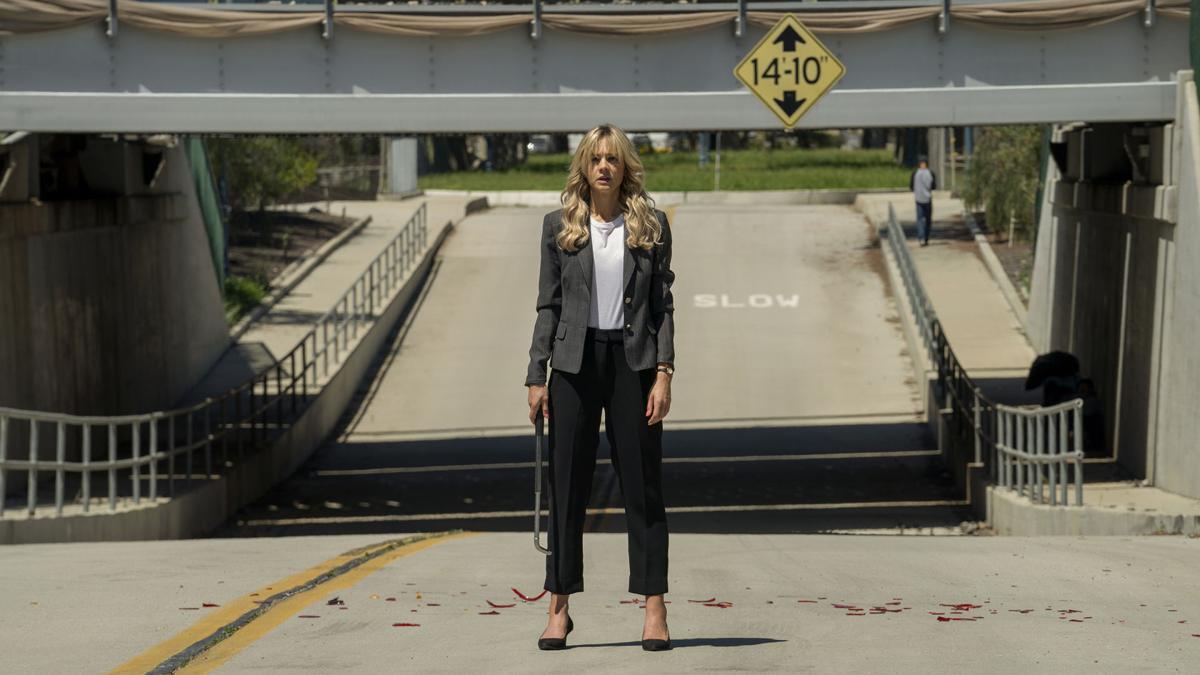 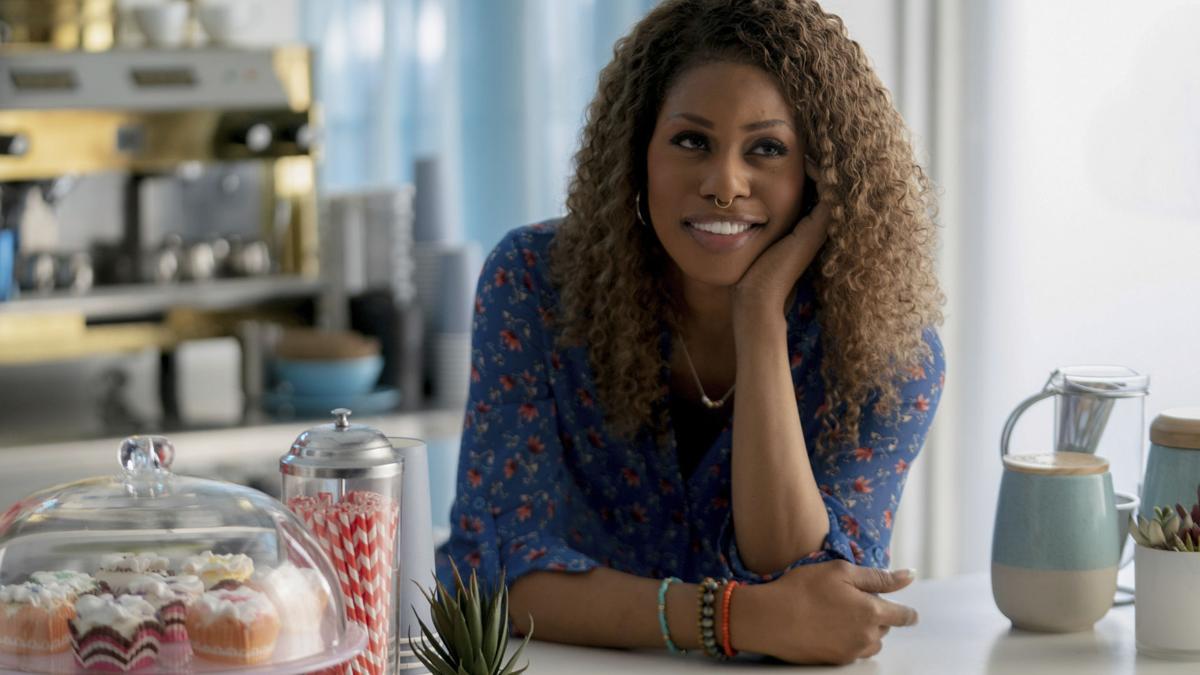 Carey Mulligan, left, and and Christopher Mintz-Plasse star together in “Promising Young Woman,” which was released Friday, Dec. 25, 2020.

Carey Mulligan and Bo Burnham star together in “Promising Young Woman,” which was released Friday, Dec. 25, 2020.

Carey Mulligan, left, and and Christopher Mintz-Plasse star together in “Promising Young Woman,” which was released Friday, Dec. 25, 2020.

Actress turned writer/director Emerald Fennell made a big splash at Sundance back in January with “Promising Young Woman.” Oscar-nominee Carey Mulligan garnered instant awards attention for a performance that’s unlike anything else in her filmography.

“Promising Young Woman,” like it’s leading character, is often at odds with itself, which produces some insightful, creative and surprising elements. While Mulligan is often typecast as the strong-willed woman in period dramas like “Suffragette,” “Far from the Madding Crowd” and “Never Let Me Go,” she never plays the stereotypical wife or love interest.

There is a deep correlation in subject matter with “Promising Young Woman” and Mulligan’s Oscar-nominated “An Education” that goes beyond sharing scenes with Alfred Molina.

Brewing coffee and serving colorful pastries isn’t where 30-year-old Cassandra Thomas (Mulligan), former top-of-her-class med student, was supposed to land. She still lives at home with her extremely concerned parents, has no friends and no interests, save one.

Once a week she finds herself at a bar, appearing helpless and intoxicated. Each time, the inevitable “nice guy” tries to offer assistance, which usually ends with, “You want to go to my place?” Cassie keeps a log of the men, a diary of sorts, administering her own attempt at societal purification. When Ryan (Bo Burnham), one of the nicer guys she had forgotten about from college, asks her on a date, she begins to see hope for the first time in a life that had hardened around painful regret and loss.

Fennell’s script is a direct response to rapists like Brock Turner, the term affluenza, and the long misguided concept that the burden of proof is always on the female in sexual assault cases.

“Promising Young Woman” has its narrative flaws, but the script in many ways, especially retrospectively, is quite ingenious in the way it attacks each and every excuse, dismissal and stereotypical discussion dealing with sexual assault.

There is a “Bombshell” type feel to how “Promising Young Woman” is pieced together. Since “Bombshell” star Margot Robbie is a producer of this film, the connection between the two is likely not a coincidence. It’s both full of dark humor and serious issues that will create discussion wherever it is shown.

The supporting casting also is extremely clever, casting “good guys” like Max Greenfield (“Hello My Name is Doris”), Chris Lowell (“The Help”) and Burnham (“The Big Sick”), and having them play something else.

It should come as a surprise to no one that Mulligan is witty and funny, a trait that’s consistent in her interviews. While many of her characters on screen are sufferers, her roles are rarely without a devious or rebellious streak. She always tends to portray the smartest character in any script.

Cassandra Thomas is a vehicle for Mulligan to recreate herself, casting off all those brilliant subtleties she has mastered over her career. The character (and the film to some degree) is so unpredictable, which is what makes it so much more enjoyable. If her character in “An Education” was an exploration in naiveté and loss of innocence, then “Promising Young Woman” is the bookend of retribution.

Final Thought: Mulligan does an exquisite balancing act in a script that’s brilliant and necessary.

How to watch: "Promising Young Woman" was released in theaters Dec. 25.