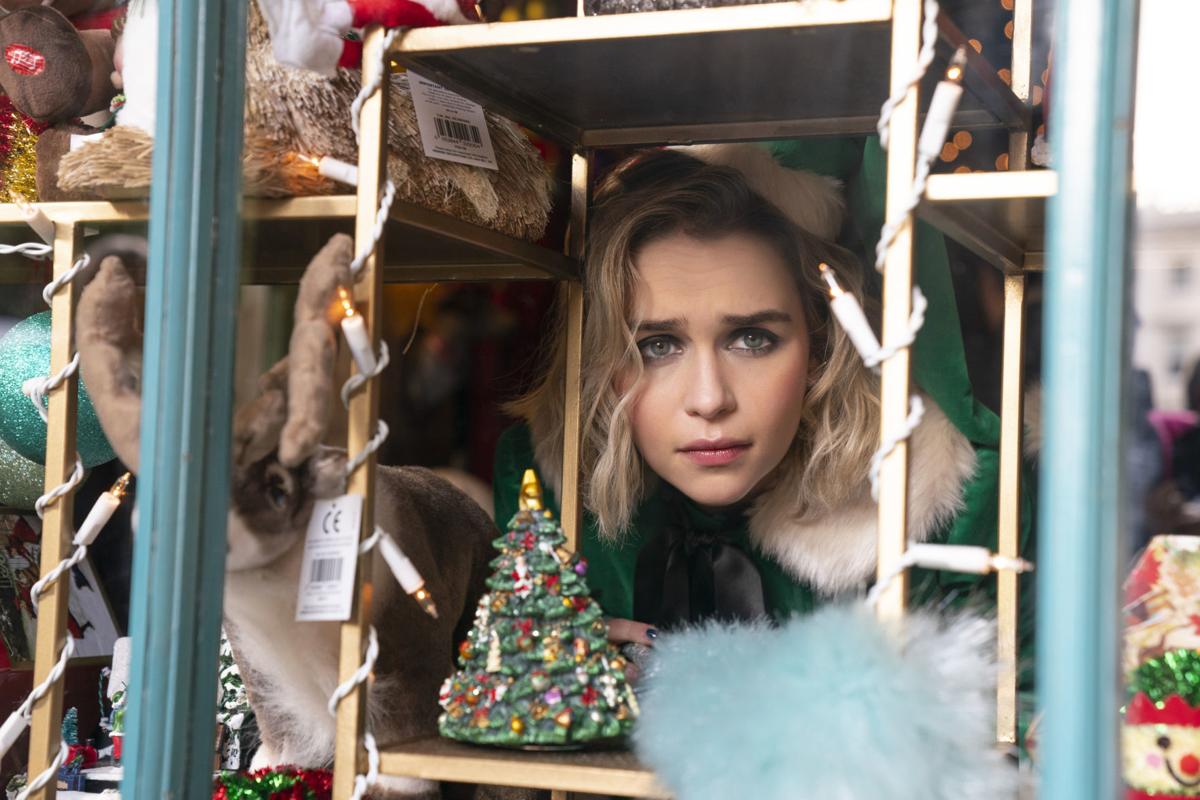 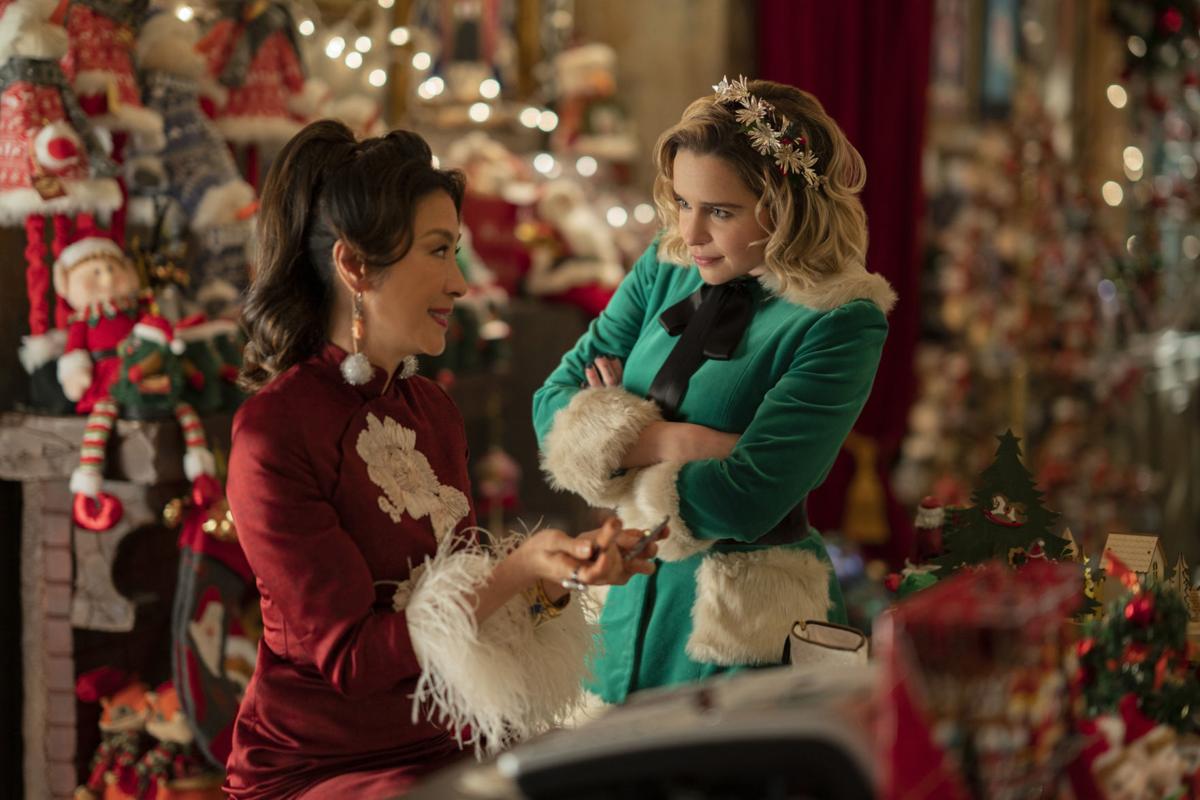 Michelle Yeoh, left, and Emilia Clarke are in a scene from “Last Christmas.” 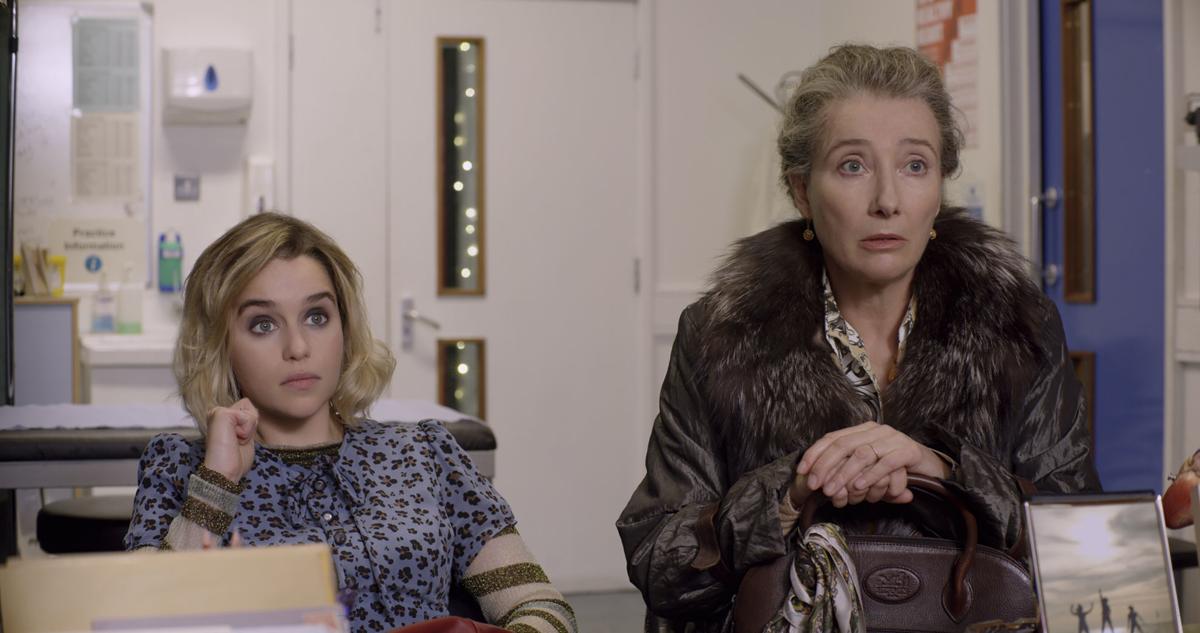 Michelle Yeoh, left, and Emilia Clarke are in a scene from “Last Christmas.”

This year’s seasonal romantic comedy finds our former dragon queen, fully unchained from the “Game of Thrones” TV series, eagerly soaring into a film career. If you have been unfortunate enough to catch Emilia Clarke’s previous films (“Me Before You,” “Terminator Genisys”) shot between “Game of Thrones” seasons, then you know it can’t get any worse for her on-screen.

Yugoslavian immigrant Katarina (Clarke) has adjusted well to her family’s new life in London until she needed a heart transplant. Post-surgery, Kate, she calls herself now, feels like a different person. She works full time at a year-round Christmas shop for a woman named Santa (Yeoh), who regrets the wild and immature woman her elf associate has turned into. It’s only when a strange man appears outside the shop, that her attitude towards life begins to change. Tom Webster (Golding) invites Kate for a walk. Reluctantly agreeing, they stroll through the alleyways of London, looking up at the peculiar details around the city she’s never before taken the time to notice. Kate’s dedication to work, family, and her overall attitude towards others begin to change the more time she spends with Tom. When he isn’t around, she searches for this mysterious man who shows up on his bike just when she needs him most.

“Last Christmas” is certainly a holiday movie designed to tug at audience heartstrings. However, this one also touches on social-political issues, like immigration, Brexit and homelessness. There is a concerted effort to elevate the material beyond simple sentimentality. Kate’s heart illness plot line mirrors Clarke’s own personal health issues and near-death experience.

“Last Christmas” is a naturally diverse film, not that European films struggle with inclusion the way American films do. George Michael’s Christmas music is another subplot that’s never fully realized beyond, Katerina’s love of his music (Thompson is a noted fan). The film’s title comes from Michael’s 1984 song that has consistently been one of the most played and adored Christmas songs since its debut, and most recently recorded for a new generation by Taylor Swift.

While Henry Golding (“A Simple Favor”) continues to subvert charm for acting talent, he’s an ideal on-screen companion for Clarke’s struggling, Bridget Jones-esque Kate. If you have seen Clarke do interviews, it’s that same bubbly personality infused into Kate, so she is basically playing herself for once. Her screen time with Yeoh’s Christmas obsessed shop owner is what the audience will crave more of. “The Crouching Tiger, Hidden Dragon” icon sports a flattering, modern-day wardrobe and lands a performance that’s somewhere between her chilly role as the matriarch in “Crazy Rich Asians” and a warm, loveable Oprah-type.

Yeoh’s mere presence in the film elevates it beyond our lowest expectations. What “Last Christmas” simply cannot rise above is the painfully overused plot device. No spoilers, but whether you get the clues in the first act, or when the film spells it out for you in the third, I found myself jolted out of the story, counting how many other films used the same reveal. It obliterates the spirit and ingenuity this better than average holiday film has struggled to maintain up to that point.