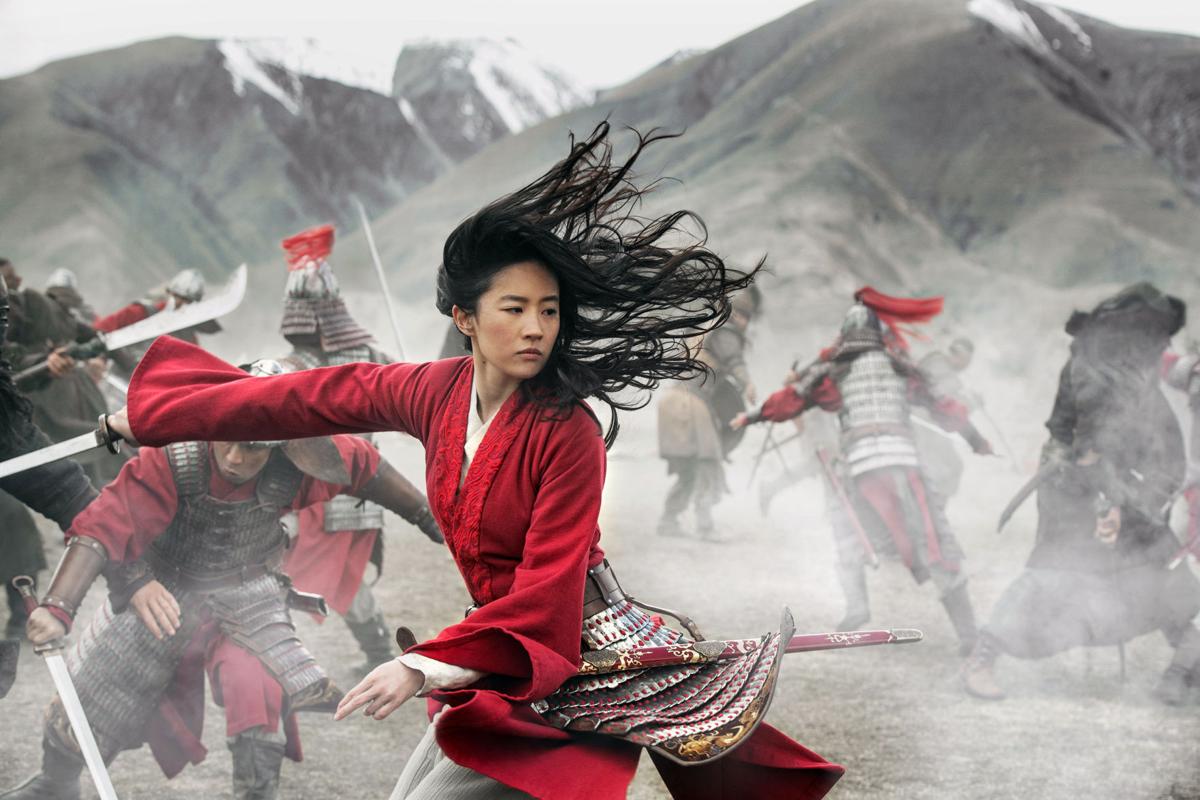 Yifei Liu stars as the title character in “Mulan,” which will debut on Disney+ for $30 Friday, Sept. 4, 2020. In November, Disney+ subscribers can watch “Mulan” for free. 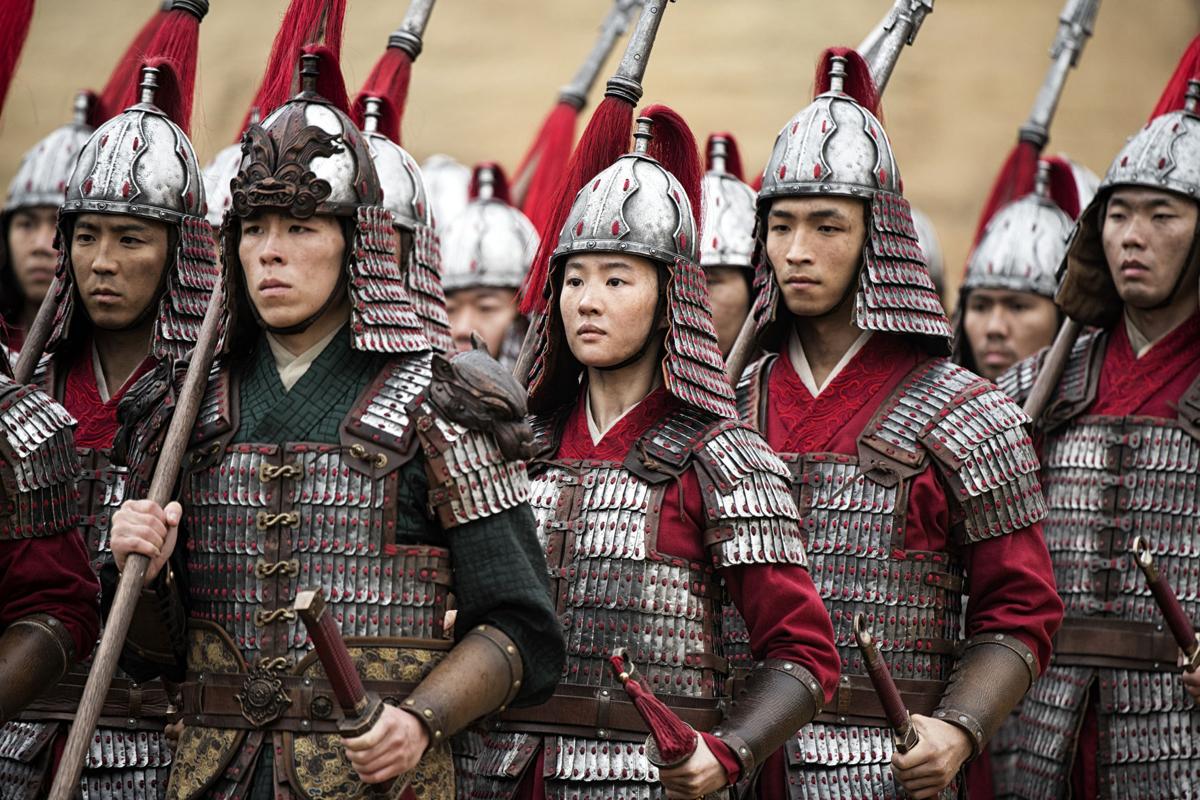 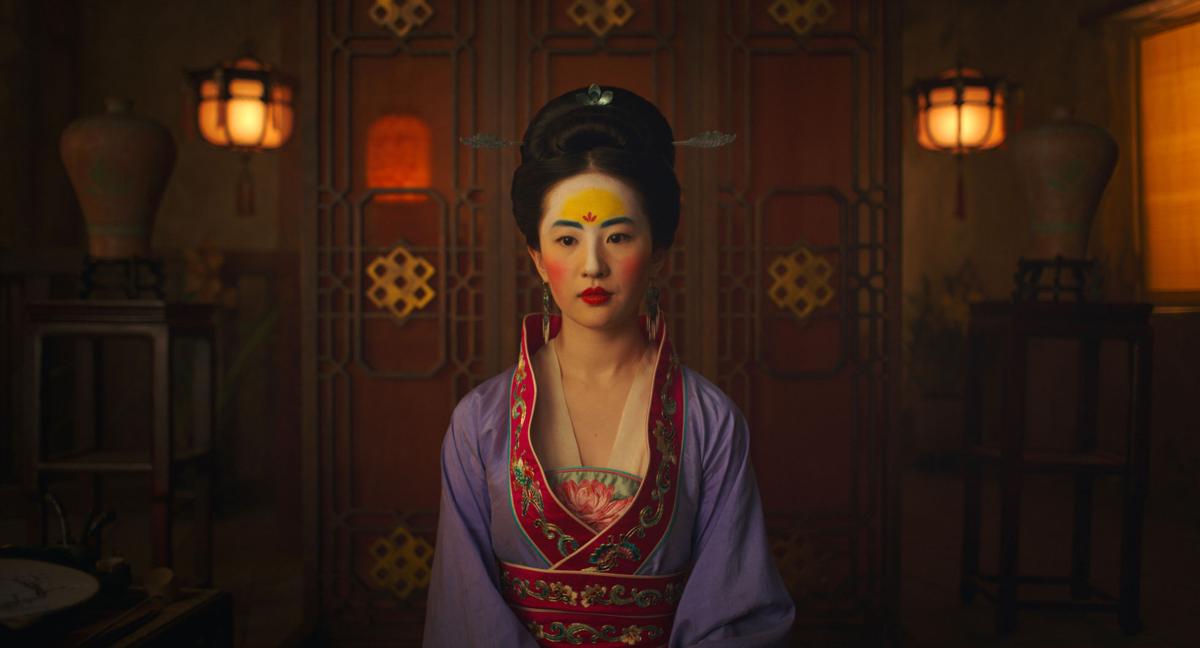 Yifei Liu stars as the title character in the live-action version of Disney's "Mulan." In November, Disney+ subscribers can watch "Mulan" for free. 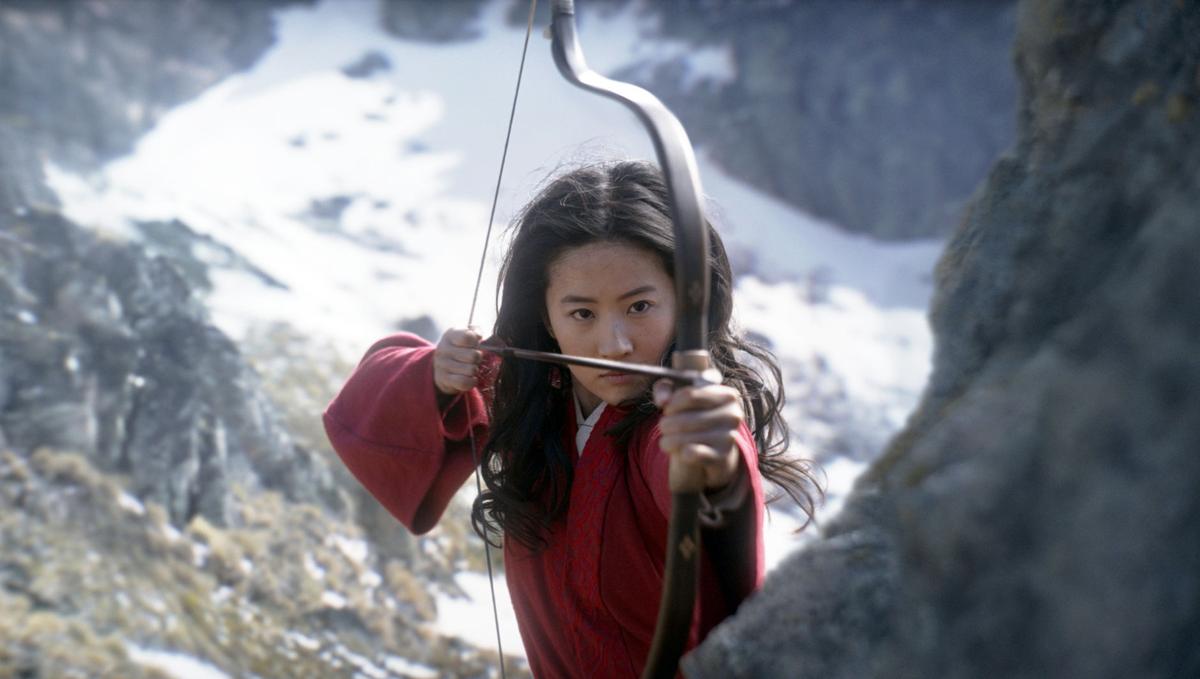 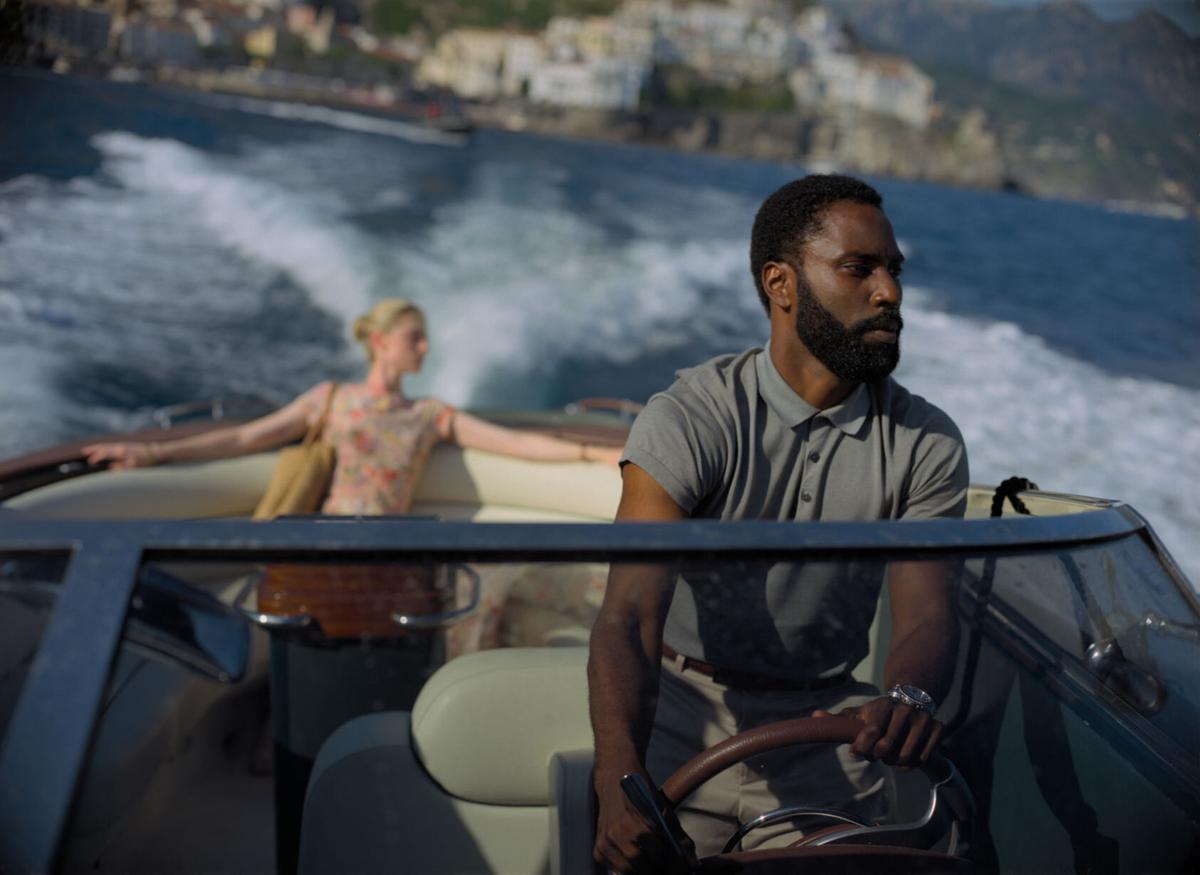 Elizabeth Debicki, left, and John David Washington star together in “Tenet, which is released Thursday, Sept. 3, 2020. 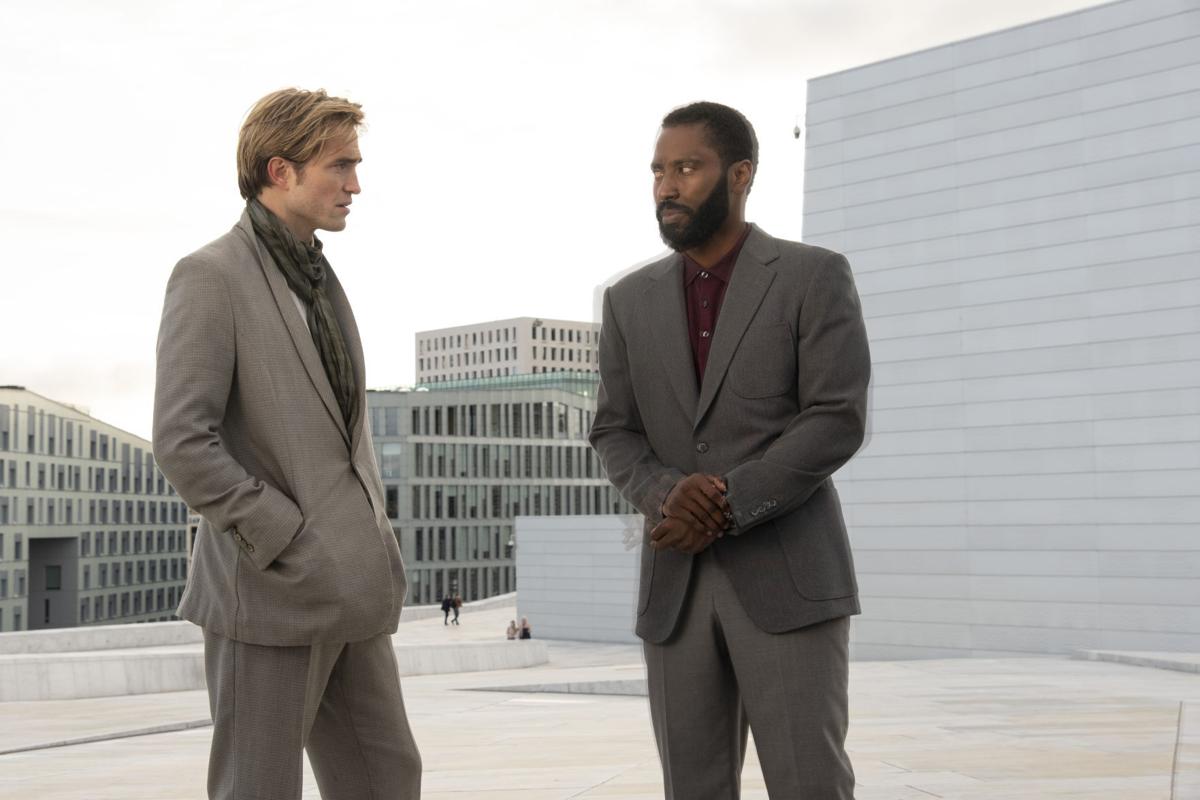 Yifei Liu stars as the title character in “Mulan,” which will debut on Disney+ for $30 Friday, Sept. 4, 2020. In November, Disney+ subscribers can watch “Mulan” for free.

Yifei Liu stars as the title character in the live-action version of Disney's "Mulan." In November, Disney+ subscribers can watch "Mulan" for free.

Elizabeth Debicki, left, and John David Washington star together in “Tenet, which is released Thursday, Sept. 3, 2020.

It was a summer movie season like no other, and one we hope never to repeat again.

Two of the year's biggest films will be available for audiences this Labor Day weekend.

While the three-day weekend typically marks the end of summer, “Mulan” (originally slated for March) and “Tenet” (originally July 17) will be the first time audiences have gotten their eyeballs on big-budget cinema.

Disney’s “Mulan," the live-action version of their 1998 animated hit, will of course make its debut on Disney+ for an additional $30 and then free to subscribers in November.

“Tenet” will only be shown in theaters, as most of the larger U.S. chains have now reopened with social distancing measures.

Disney’s price on top of their monthly subscription fee has prompted critics and audiences to ask the question, “is it worth $30?" The answer will be different depending on your situation. If you are a family of four and already subscribe to Disney+, the additional $30 is much cheaper than a trip out to the movies. Sure, you might not have the great sound and theater-size screen, but it’s a way to enjoy something new, as many times as you want, in the comfort and safety of your home.

By the same token, is “Tenet” worth roughly $19 per IMAX seat (the preferred Christopher Nolan viewing screen)? Again, it will depend on your comfort level.

With Disney’s “Mulan," you know what you are getting. An unlikely hero saves the day and honors her family. Director Niki Caro’s “Mulan” plays it safe and caters to those already familiar with the story, which despite the female protagonist, is an average zero to hero story.

The costumes by Bina Daigeler are award worthy, and as usual with Disney films, the musical score is transportive. Aside from that, there isn’t a standout performance (Jet Li is actually quite awful as the Emperor) or even a scene that rises above other Disney productions.

The representation of a Phoenix feels plucked directly from the visuals used in “A Wrinkle in Time." Aside from perhaps “North Country," Caro has built a career on delivering slightly more mature family films, and she succeeds here with the “Mulan” adaptation.

The anticipation for director Christopher Nolan’s “Tenet” was certainly deflated with all the ambitious release dates during the pandemic. Each new Nolan film comes with hype that rarely is fulfilled. It makes matters worse that Nolan is truly his own worst enemy, as often his brilliance doesn’t translate to all audiences.

He’s been accused of sucking all the emotion from his screenplays, something he’s certainly guilty of overlooking for “Tenet." It might not be his most ambitious film in scope and scale, but it’s certainly his most demanding as it pertains to the audience.

Physically (when seen in Imax), the sound reverberations take a toll on your insides. With each new film, Nolan pushes technological capabilities further, and the sound and score by Ludwig Göransson are unmatched in decibels.

As with “Inception” or “Interstellar," audiences just have to let the plot wash over them and go with it, even in parts you don’t fully understand. While there are similarities with his best picture nominated “Inception," that film provided us with an emotional pull (Leonardo DiCaprio trying to get back to his kids), “Tenet” is more sterile, what little emotion it contains isn’t revealed until the final moments.

The only performance of note here is Kenneth Branagh (“Dunkirk”) as one of the better “destroy the world” villains in recent memory. “Tenet” is essentially Nolan’s take on a James Bond film. It has all the ingredients: car chases, location hopping, fancy gadgets, and Elizabeth Debicki as the damsel in distress. John David Washington (“BlacKkKlansman”) grounds the on-screen portion, but his stoic character isn’t a performance as much as it’s a game piece being moved through time as Nolan sees it.

You don’t leave “Tenet” feeling like Nolan has handed you some epiphany about life and survival like he did with “Interstellar” (love or hate that movie, it’s his most emotional to date). You don’t exit “Tenet” like you did with “Inception," feeling as if this massive payoff has just floored your mind.

You certainly don’t leave “Tenet” like “The Dark Knight," wanting more of that. “Tenet" has some brilliant concepts that are arm chair gripping action sequences, and technical achievements that boggle the brain, yet the entire experience isn’t a wholly satisfying one.

To better understand Charlie Kaufman, I would refer you to his Oscar-winning film “Adaptation.”