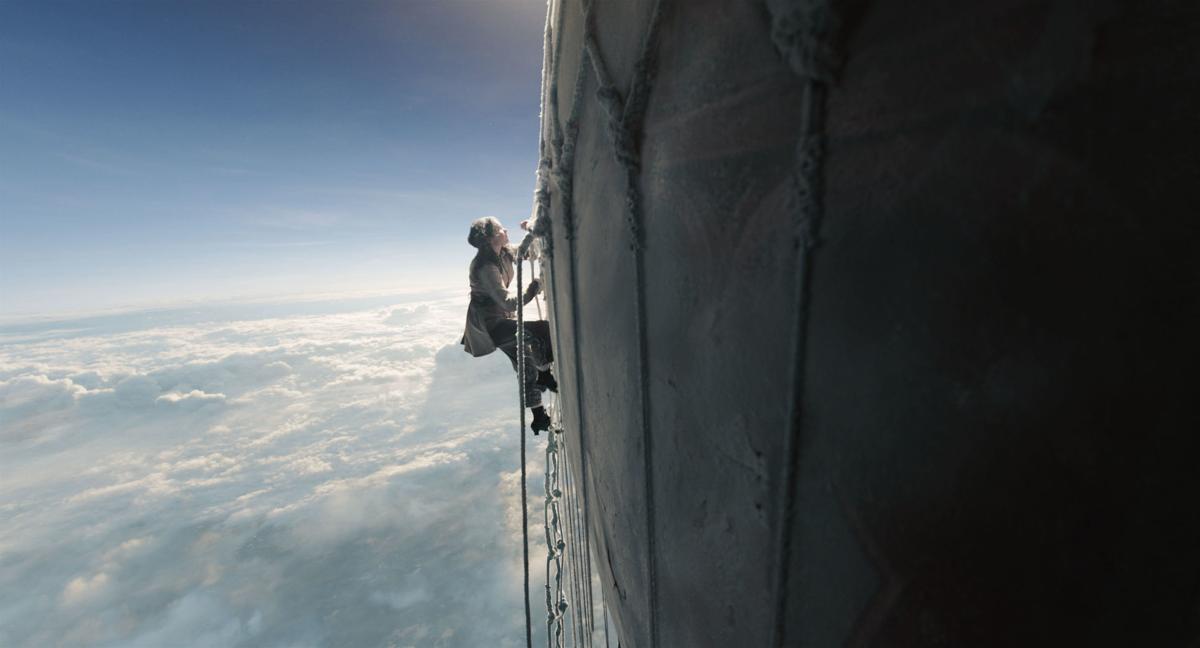 This image released by Amazon Studios shows Felicity Jones in "The Aeronauts." 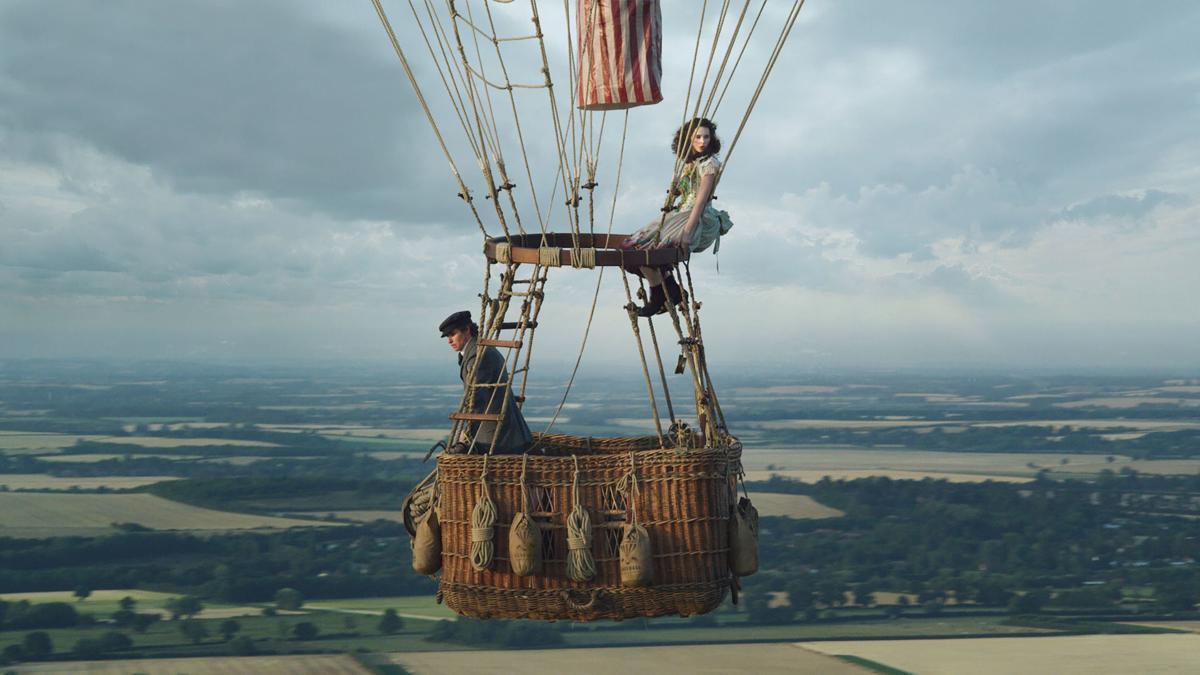 Eddie Redmayne, left, and Felicity Jones in “The Aeronauts.” 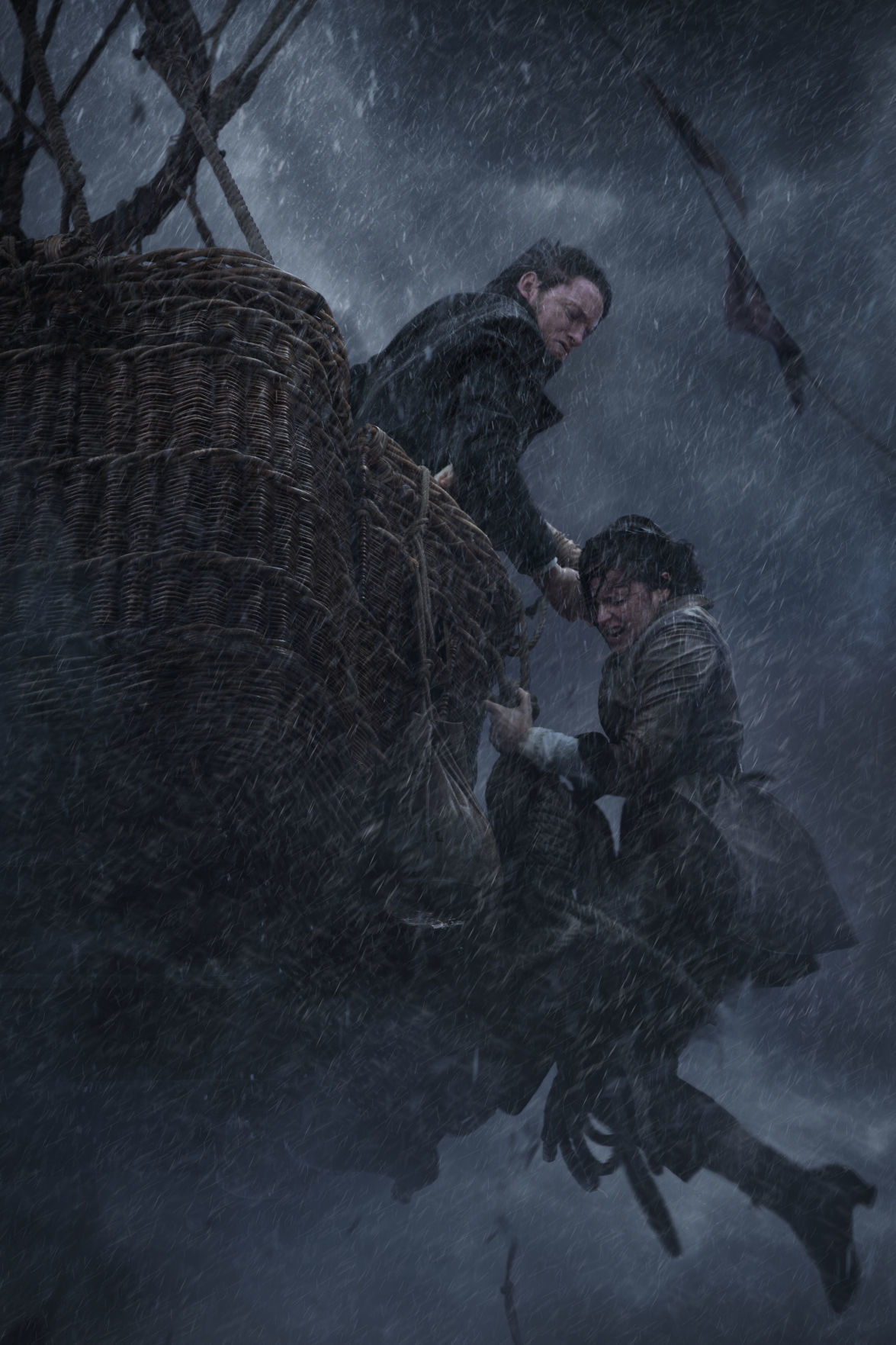 This image released by Amazon Studios shows Eddie Redmayne, left, and Felicity Jones in "The Aeronauts."

This image released by Amazon Studios shows Felicity Jones in "The Aeronauts."

Eddie Redmayne, left, and Felicity Jones in “The Aeronauts.”

This image released by Amazon Studios shows Eddie Redmayne, left, and Felicity Jones in "The Aeronauts."

“Creatures of the sky” they refer to themselves. Amazon’s big-budget movie “The Aeronauts” finally comes together after production delays and a few edits.

What isn’t coming together is a theatrical release. Amazon Films new director Jennifer Salke scraped the wide release in America despite “The Aeronauts” garnering impressive reviews from film festivals like TIFF and AFI.

Instead, Salke and company are using “Aeronauts” to bolster Prime memberships as the digital content platform wars heat up between Disney & Netflix. “The Aeronauts” reunites “Theory of Everything” stars Felicity Jones and Oscar-winner Eddie Redmayne, their chemistry once again aids their performance.

This time, it’s Jones in her second casting as an action hero in the pilot’s seat, literally. Thrilling adventure the whole family can enjoy, “The Aeronauts” is the type of film that informs, encourages and inspires. The visual and technical achievements are as impressive as the character’s accomplishments on screen, taking the viewer on quite a ride.

Scientist James Glacier (Redmayne) wants to soar higher than any human to prove that weather can be predicted. No pilot dares to join him on such a dangerous and unprecedented adventure, save one. Widow and aeronaut Amelia Wren (Jones) agrees to pilot his balloon, but not without great hesitation.

The last time she soared above the clouds she lost the love of her life. Now, the two embark on a historical mission in the largest balloon ever created. A carnival-like sendoff in London cheer and the two combative explorers on as they ascend into the unknown, discovering for the first time things considered common knowledge today.

There are moments you will feel like the characters are being foolish. Why are they not prepared for how cold it’s going to get that high up? Of course, the air is thinner the higher up you go. Then you realize that what these two are trying to document was science fiction, not yet proven fact during this era.

“Rewrite the rules of the air,” Glacier said. The traditional role reversal here is wonderful (despite its inaccuracy) and Jones flexes her talent in so many different ways.

Her performance is one of the films many highlights, and one of the more memorable of 2019. Steven Price’s score elevates the material in moments of suspense, then swoons to give you chill bumps during stunning wide shots.

The sound effects and sound design stand out more than any other film this year. In a scene where Amelia must climb to the top of the balloon while they are over 30,000 feet in the air, every noise is like a gunshot, as our senses are enraptured.

The pulse-pounding, grip your seat, gasp for breath moments are stagnated throughout the film to keep the audience fully engaged. The backstory is used as interludes, intertwined between the action, allowing the audience to catch their breath.

It’s smart editing to start the film with the characters literally jumping in the balloon and taking off, filling in story leading up to the ascent along the journey. In a year of films with overlong running times, “The Aeronauts” is a taught 100 minutes where no moment is wasted.

The extreme wide shots that show perspective and the ascension toward the unknown remind us that this is a different type of adventure film. Sure the script has some silly moments and a few that stretch the imagination a bit, but, at the same time, director Tom Harper knows how to make science and history compelling.

Final Thought: “Aeronauts” is a thrilling science-action adventure that reminds us why we watch movies.