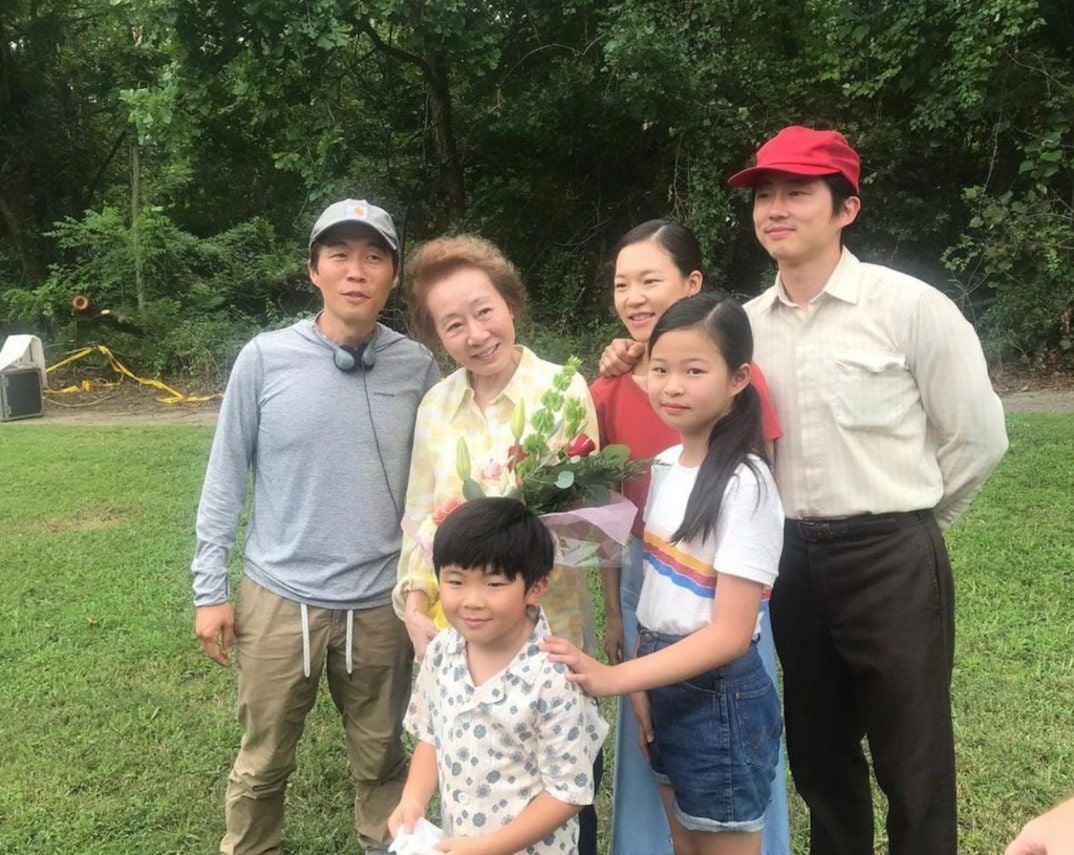 There is an argument to be made on behalf of Yuh-jung Youn (“Minari”) to win Supporting Actress. 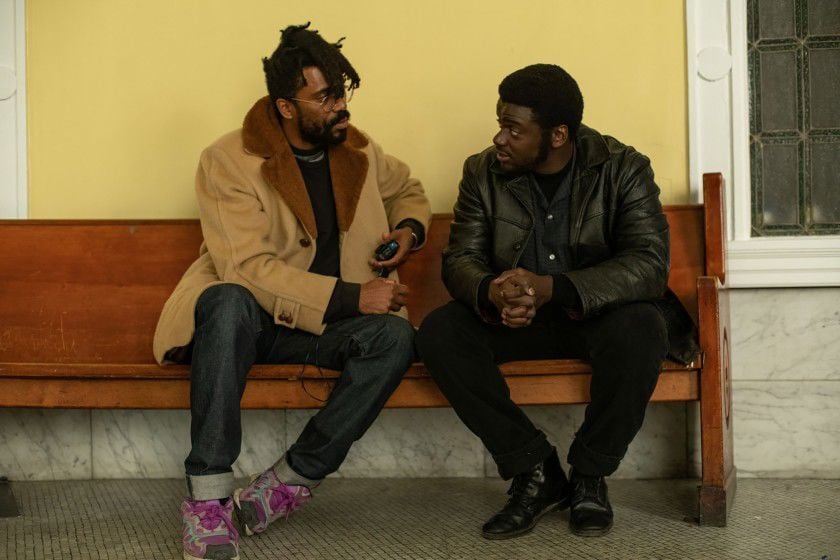 Daniel Kaluuya (“Judas and the Black Messiah”) has emerged as a major frontrunner in the supporting actor category. 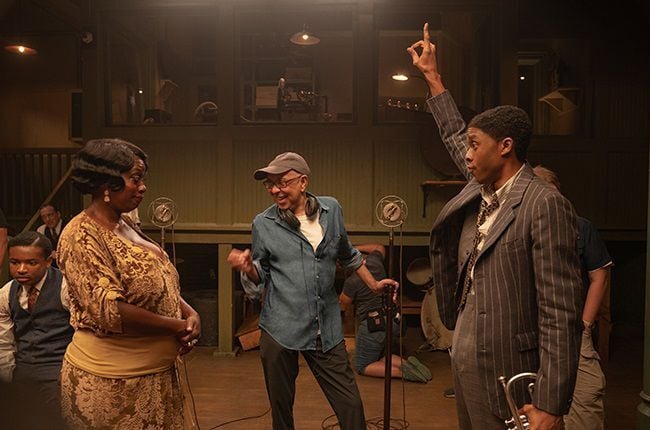 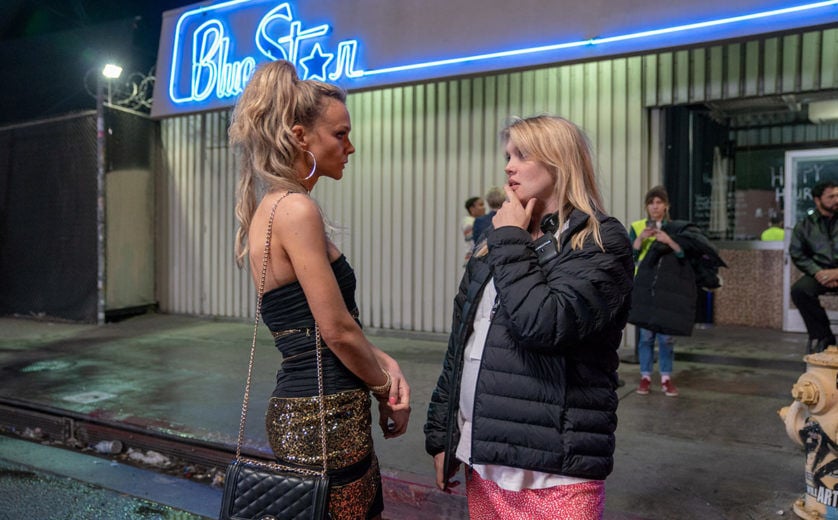 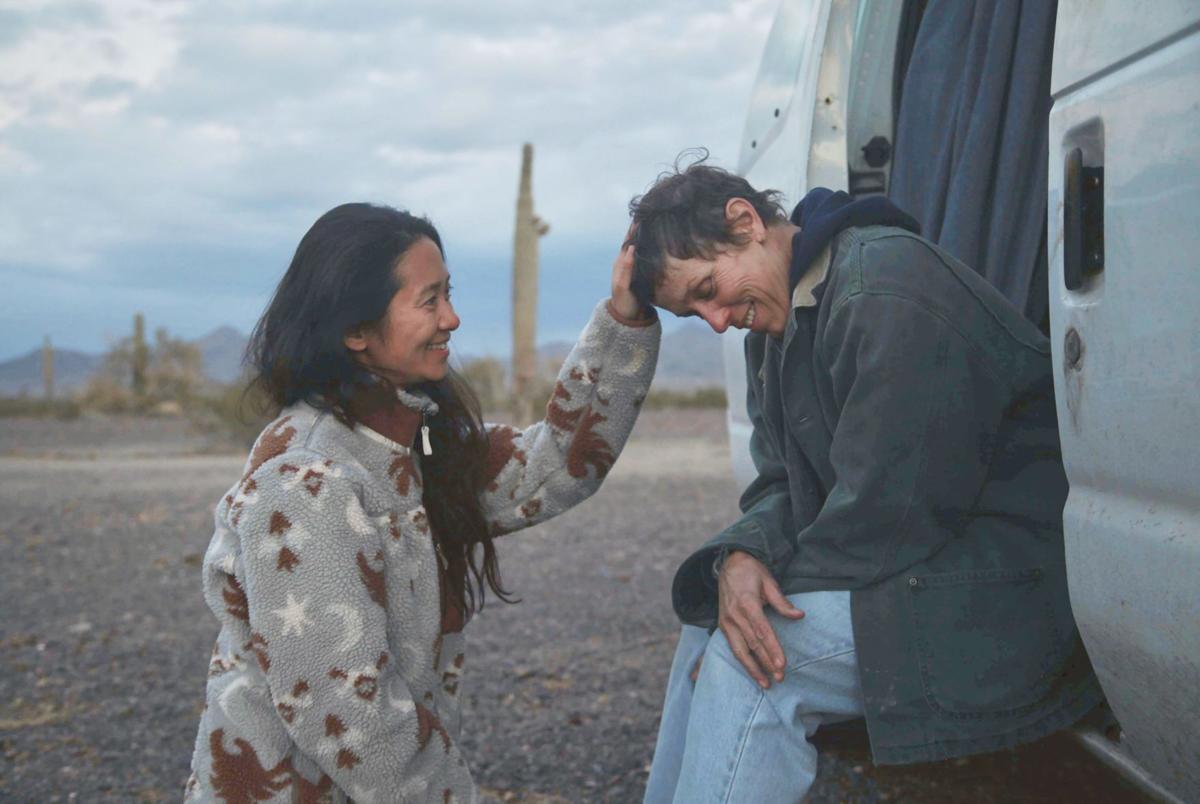 “Nomadland” is the clear frontrunner for best picture/director. “Nomadland” also could pick up multiple awards elsewhere. 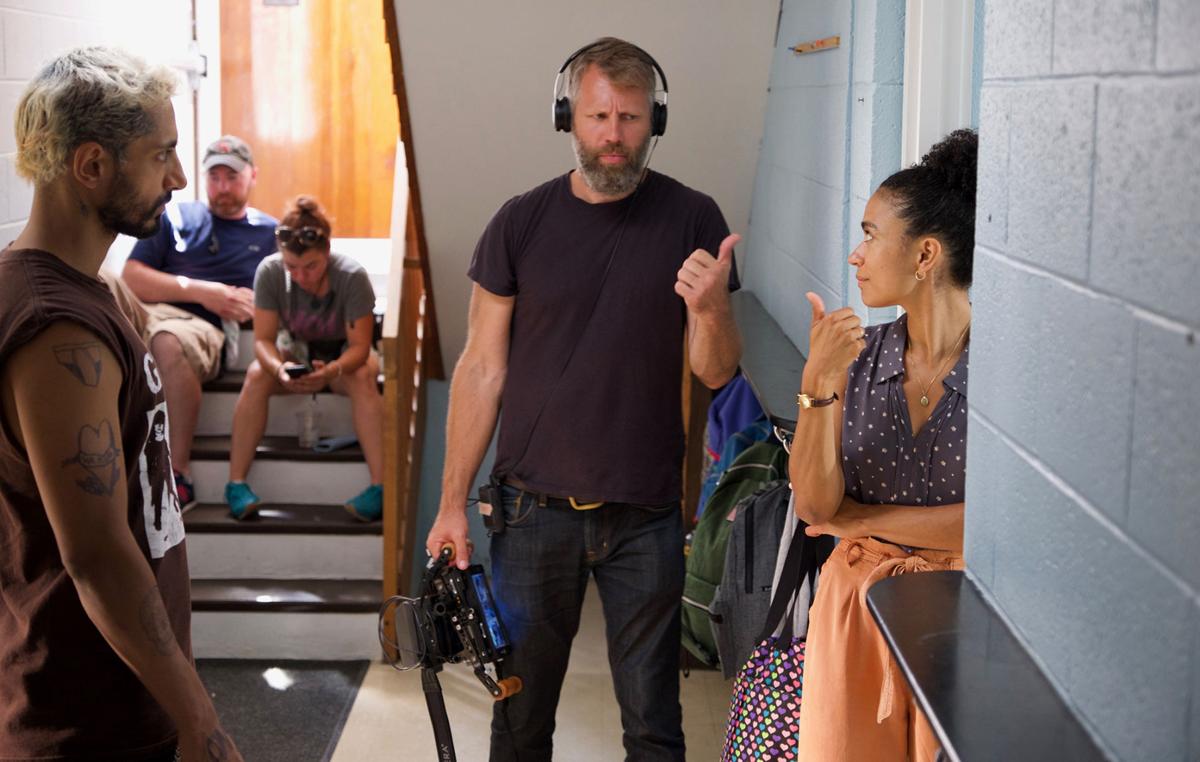 The best sound category should go to “Sound of Metal." 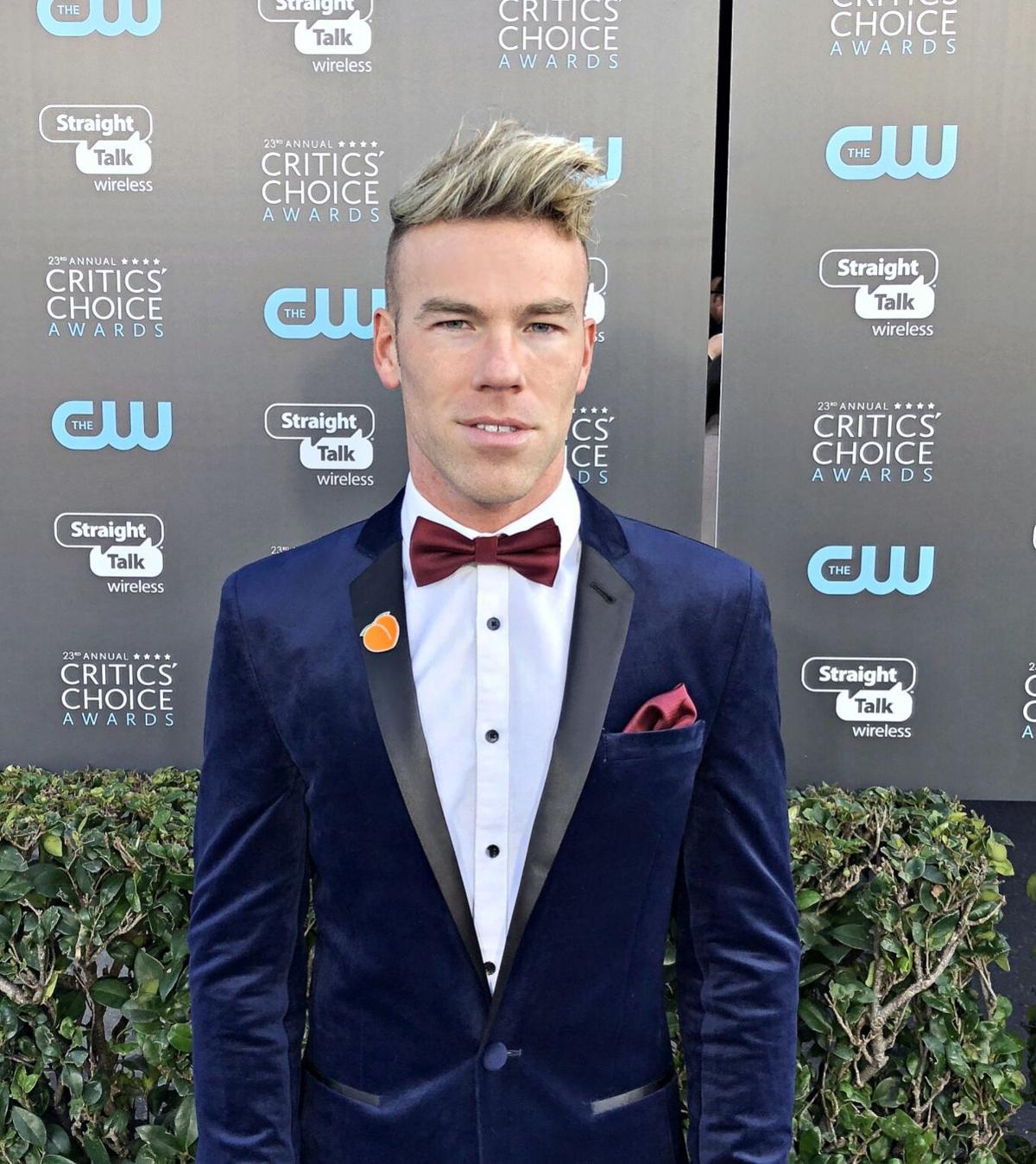 There is an argument to be made on behalf of Yuh-jung Youn (“Minari”) to win Supporting Actress.

Daniel Kaluuya (“Judas and the Black Messiah”) has emerged as a major frontrunner in the supporting actor category.

“Nomadland” is the clear frontrunner for best picture/director. “Nomadland” also could pick up multiple awards elsewhere.

The best sound category should go to “Sound of Metal."

In a non-pandemic year, the Oscar statues would have been bestowed last month, and early summer movie season would have already given us a superhero sequel or two.

Typically, the Academy Awards provide a spotlight for general audiences to gain awareness of films they may never heard of. This year, with all nominees being available from our living rooms, more viewers will have seen this year’s nominees than ever before. With “Nomadland” the clear frontrunner for best picture/director, there isn’t much suspense except in the actress categories.

Of the eight nominees for best picture, nothing came close to “Nomadland.” None are as powerful, original or agreed on as the film that shed a new light on those who choose a different life than most of us lead. Director Chloé Zhao will become only the second woman to win best director (Kathryn Bigelow — “The Hurt Locker” — was the first).

The nominees this year for the Oscars are the most groundbreaking, inclusive and statistically altering of any lineup in the 93 years of Academy history. Two women in the best director race when there have only been seven nominated in history is a big deal. The lack of studio films during the pandemic has opened the door up for smaller films that tend to be more diverse on screen and off.

Chadwick Boseman (“Ma Rainey’s Black Bottom”) will be the first actor to win a posthumous Oscar since Heath Ledger (“The Dark Knight”). Boseman has won the Globe, Critics Choice and SAG awards. His death has only raised the profile of his performance that was already awards bound before he died in August 2020.

His closest competition is Anthony Hopkins (“The Father”), who did prevail at the BAFTA awards, not to mention “The Father” has a best picture nomination. Hopkins won his first and only Oscar in 1992 for “The Silence of the Lambs.”

The Best Actress category is where you will find the most suspense this Sunday. While some years, we see the same person or the same two people go back and forth winning at different award shows, this year, there doesn’t seem to be a frontrunner.

While it seems unlikely Vanessa Kirby (“Pieces of a Woman”) will take home the Oscar (she would have my vote), it’s a tough category to predict since the precursors are useless. McDormand already has two Oscars despite her film being the favorite. SAG holds more weight than the others (the actors branch being the largest in the Academy), which would put Davis in the lead, but “Ma Rainey” doesn’t have a best picture or director nomination, hinting at weakness.

“Promising Young Woman” has both, and with Mullgian having never won, she is where my prediction falls.

Daniel Kaluuya (“Judas and the Black Messiah”) has emerged as a major frontrunner in the supporting actor category, winning all four of the major precursor awards.

Supporting Actress is the other category that has an element of suspense to it. There is an argument to be made on behalf of Yuh-jung Youn (“Minari”), who recently won the BAFTA and SAG awards. Another argument is for Maria Bakalova (“Borat Subsequent Movie Film”), who won Critics Choice and the Globe.

In the two screenplay categories, adapted is a tossup between “Nomadland” and “The Father.” The Academy likes to spread the love around, so with or without Hopkins winning best actor, here is a good spot for “The Father,” unless the love for “Nomadland” is so strong, it puts a third Oscar in Zhao’s hand. Original is a slam-dunk for Emerald Fennell’s work on “Promising Young Woman” (she’s also nominated for best director).

In the remaining categories look for “One Night in Miami” to take best song. Animated film “Soul” should take both the animated category and best score. The best sound category (the first year two awards have been combined into one) will go to the film with “sound” in the title; “Sound of Metal.” It should also nab best editing.

“Ma Rainey’s Black Bottom” is the frontrunner for best costumes, as well as the makeup and hairstyling award. Visual effects is the one award a big budget film will win, “Tenet” will take that prize almost by default.

The most nominated film of the night, “Mank,” could go home empty handed if it loses best cinematography and production design. The divisive black-and-white Hollywood throwback tanked with the public but is extremely popular among the craft voters.

I still think “Nomadland” wins cinematography, and production design is likely the “Mank” single victory. “Another Round” is the International Film winner, and it has been the favorite all season. Landing a best director nomination for Thomas Vinterberg sealed that deal.

The 93rd Academy Awards begin at 7 p.m. Sunday on ABC.