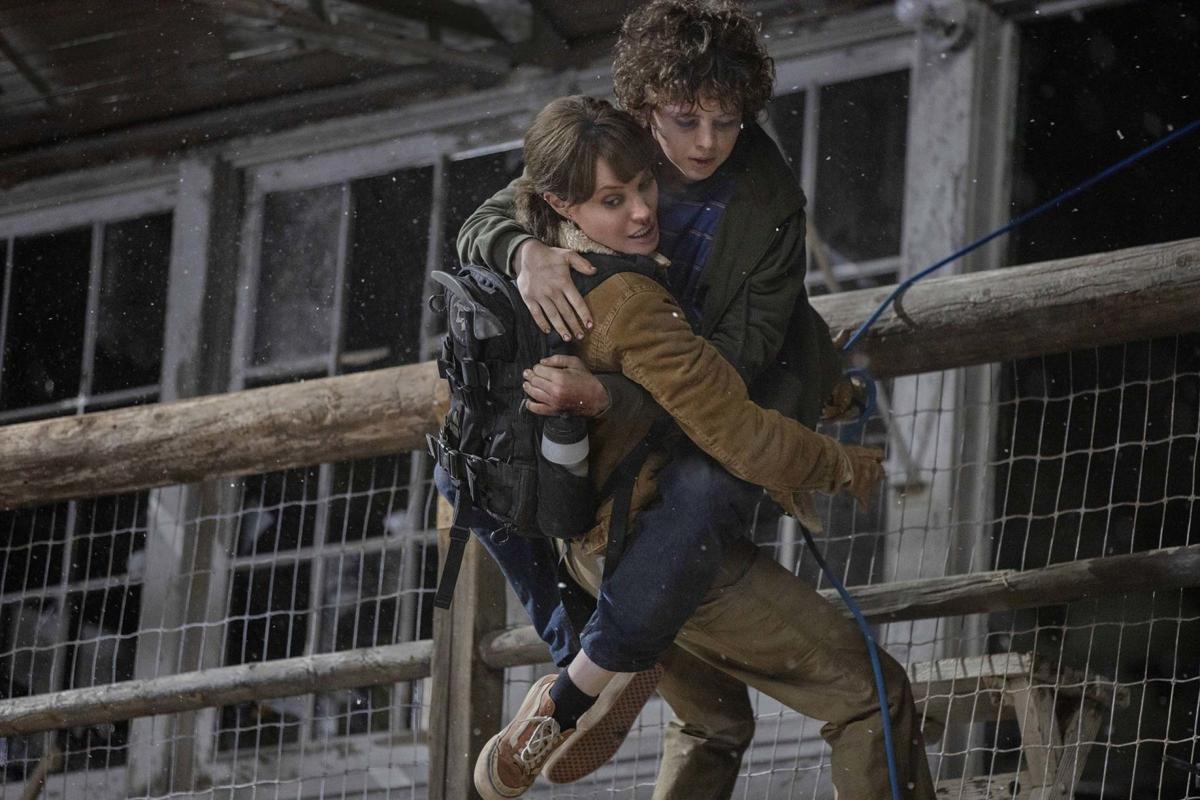 Angelina Jolie and Finn Little star in "Those Who Wish Me Dead," which was released Friday, May 14, 2021. 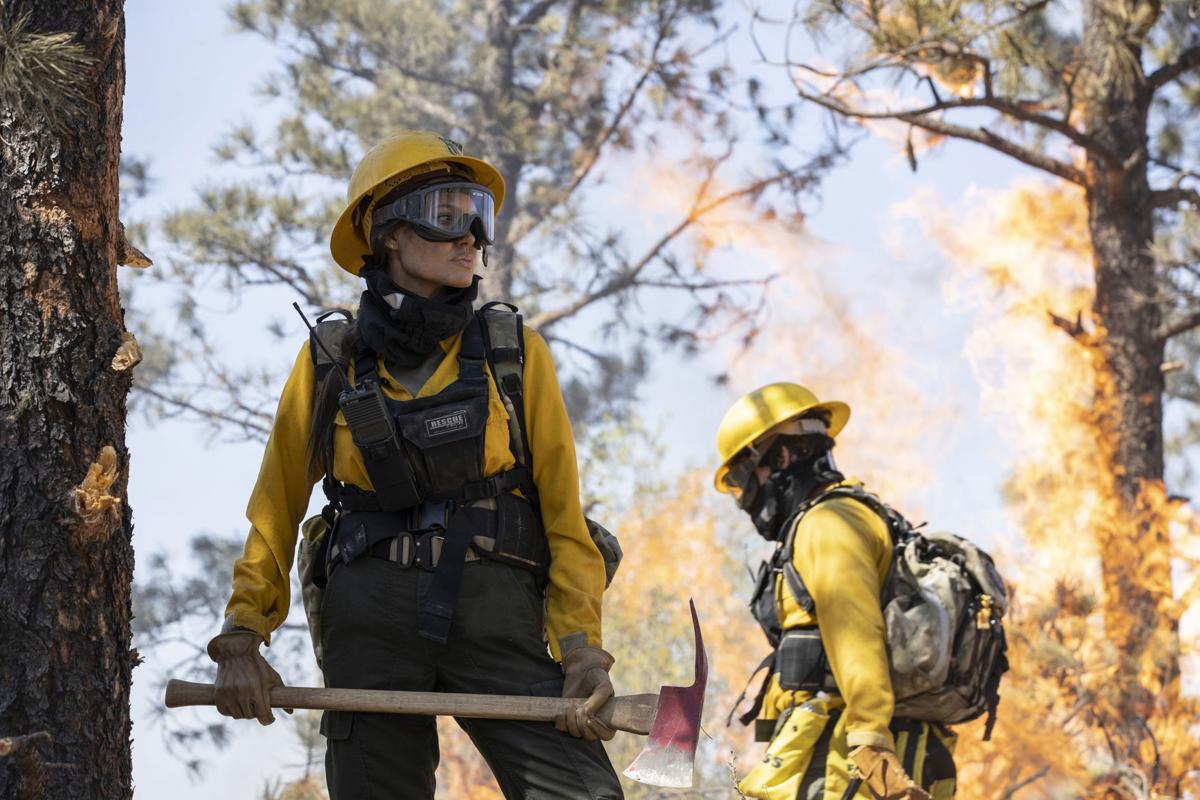 Angelina Jolie stars in "Those Who Wish Me Dead." 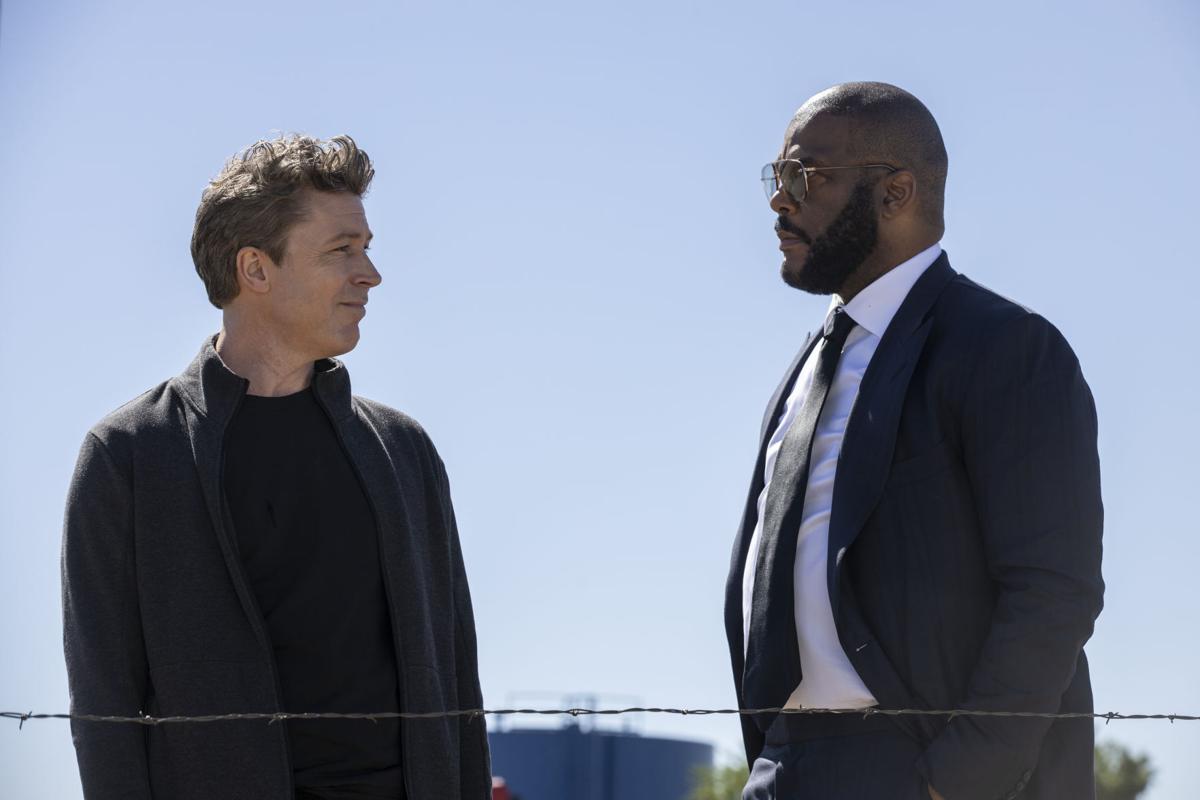 Aiden Gillen, left, and Tyler Perry star in "Those Who Wish Me Dead," which was released Friday, May 14, 2021.

Nicholas Hoult stars in "Those Who Wish Me Dead." 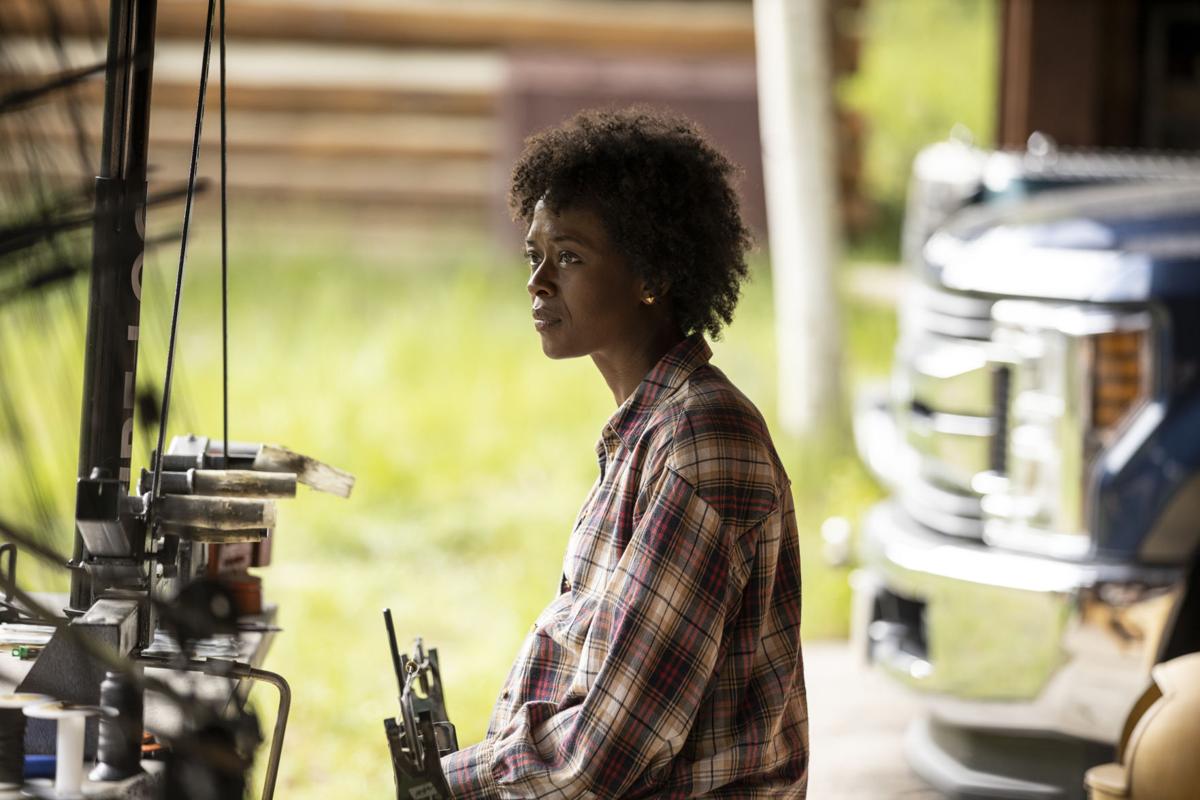 Medina Senghore stars in "Those Who Wish Me Dead."

Angelina Jolie and Finn Little star in "Those Who Wish Me Dead," which was released Friday, May 14, 2021.

Angelina Jolie stars in "Those Who Wish Me Dead."

Aiden Gillen, left, and Tyler Perry star in "Those Who Wish Me Dead," which was released Friday, May 14, 2021.

Nicholas Hoult stars in "Those Who Wish Me Dead."

Medina Senghore stars in "Those Who Wish Me Dead."

"Sicario," "Hell or High Water," "Wind River" — all films written by American screenwriter and director Taylor Sheridan. "Those Who Wish Me Dead" marks the second of his “law enforcement” thrillers he has directed.

You could argue this is his weakest yet, but Sheridan’s worst film is better than most at their best. His ability to write these thrilling scenarios that take us into gritty small town America always give the viewer a sense of place.

"Those Who Wish Me Dead" takes place in Park County, Montana, outside of Livingston (shot in New Mexico) with all the usual Sheridan ingredients of rough people and extreme circumstance. He has focused on DEA, Texas Rangers, Tribal Police, now a “smokejumper” and wilderness survival expert, played by action star Angelina Jolie who is at her most compelling since 2008’s "Changeling."

Suffering post-traumatic stress disorder from her last fire, veteran firefighter Hannah Faber (Jolie) has been relegated to an isolated fire tower as Park County continues to watch for the next big blaze. Her dull day on the job is about to intersect with 12-year-old Connor (Finn Little) who is being hunted by mercenaries for the incriminating secrets his dad handed down.

Patrick (Nicholas Hoult) and Jack (Aiden Gillen) have impersonated their way into the homes of witnesses set to expose someone who will stop at nothing to keep those secrets. “Assume catastrophe, and act accordingly,” they’re instructed. They set a massive fire to distract local law enforcement while they hunt Conner in the forests of Montana.

While this film is far less nuanced than his previous, its suspense elements are genuine in their subject matter and sustain your undivided attention throughout. "Those Who Wish Me Dead" doesn’t take up a social dilemma or present us with an antihero — staples in Sheridan’s previous work.

Hoult ("Mad Max") and "Game of Thrones" star Gillen turn in fairly frightful villains who are good at their work because they remain so calm and calculated. Jon Bernthal has a more elevated role here than the flashbacks of "Wind River." In fact, despite Jolie’s awards credit and star power, the screen time is divided evenly among the cast except for Tyler Perry’s single scene. Australian newcomer Little nearly steals the show with his emotional performance.

While Sheridan’s films often reinforce a sense of pride in law enforcement or even sentiments of being a proud American, it’s no secret his films have a diversity issue. It could easily be blamed on setting these stories in rural Texas, isolated towns in Montana or desolate Wyoming.

Sheridan has focused quite strongly on Native Americans in two of his mainstream features, but here with Perry’s brief appearance and the sensational Medina Senghore, he takes another step in the right direction.

“Creeks lead to rivers, rivers lead to towns,” Conner is instructed. They also aid cinematographer Ben Richardson ("Wind River," "Beasts of the Southern Wild") with plenty of opportunity to captivate us with shots of breathtaking scenery.

Sheridan working with Marvel films composer Brian Tyler for the first time isn’t the most memorable original score. His work aids the drama and moments of action adequately, but its quieter moments of sadness are where Tyler excels the most.

Final Thought: "Those Who Wish Me Dead" might be Sheridan’s weakest mainstream film yet, but it’s still among the most exhilarating flicks of the year.

Those Who Wish Me Dead