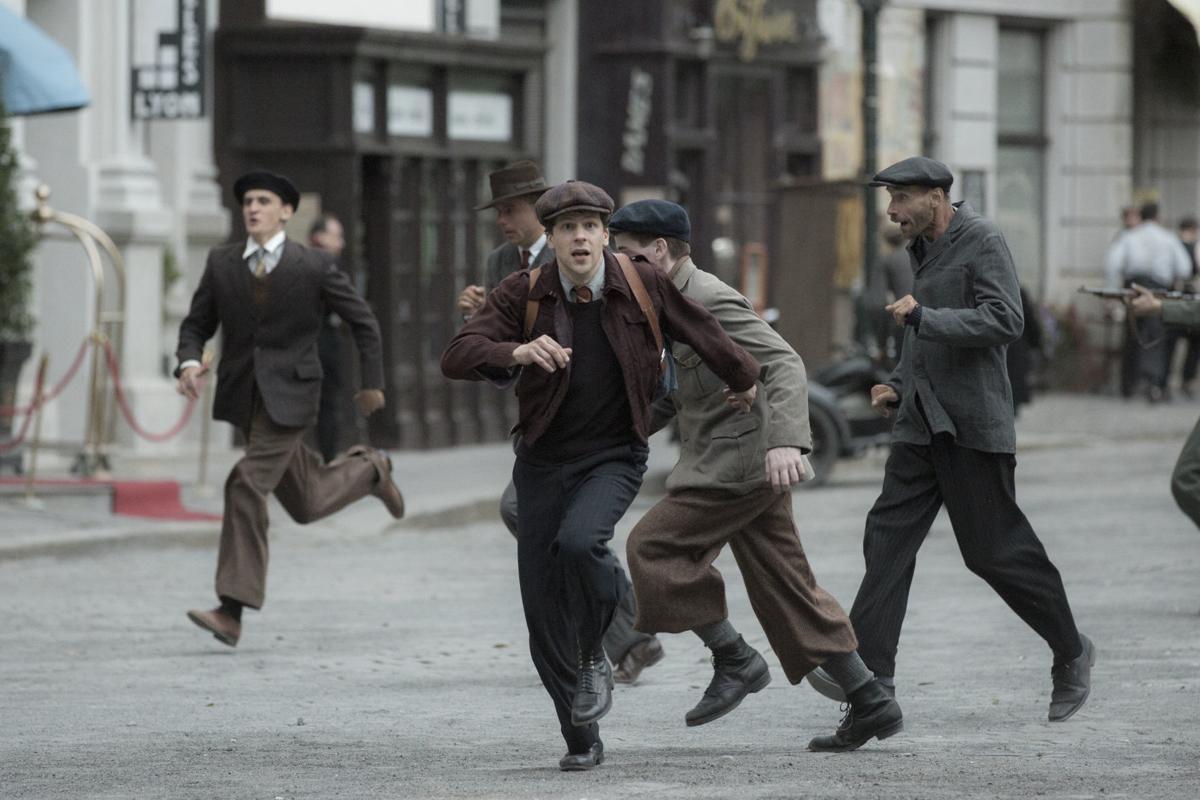 While a new film about Marcel Marceau, “The most important mime who ever lived," and his contributions to saving Jewish children during World War II, probably isn’t the movie quarantine audiences need need right now, but it’s what we have.

Smaller releases like “Resistance” (from IFC Films) are getting more attention because of major studios pulling all their theatrical releases with cinemas across the world shut down. It’s dark subject matter when the world needs a lite distraction.

Yet, a true story about perseverance is something we could all use, especially one that juggles religious customs, the arts and of course, history. Writer and director Jonathan Jakubowicz (“Hands of Stone”) doesn’t have a solid grip on tone, “Resistance” is a kaleidoscope of other WWII films as it shifts from rebellion, resistance and revenge, shuffling the cycle for what feels like an eternity.

Thirteen-year-old Elsbeth (Bella Ramsey) watches her parents die at the hand of the Nazis as Germany begins storming Jewish homes. Elsbeth is one of the lucky children who is bought by French resistance fighters and taken in by the local boy scouts.

It’s border town France where the brave girl meets a local butcher's son. Marcel (Jesse Eisenberg) would rather draw and perform on stage than be bothered with anything war related. However, his self-taught miming brings comfort to the children, and a smile to Emma (Clémence Poésy), the woman he desperately wants to impress.

“They (children) are the only ones who don’t consider your art completely ridiculous,” his brother says to convince the selfish Marcel to remain with their cause. As the Nazi’s begin to invade France, Marcel and the group must train the children, to keep them safe at all costs.

Eisenberg (“Batman v Superman," “Now You See Me”) doesn’t do the film any favors in the first third of the story. You don’t need Georges to tell us that Marcel is arrogant and selfish, it’s a stereotype that Eisenberg continues to perfect with each role.

It’s not apparent in the beginning who Eisenberg is portraying, Jakubowicz’s script doesn’t focus on the historically known mime’s relevancy enough (until the closing moments of trivia). The brief “goofy Hitler” spoof Marcel does for the sake of the children is one of the worst moments of the film that will only remind audiences of “Jojo Rabbit."

Thankfully Jakubowicz is clever enough to push Eisenberg deeper into the ensemble instead of making him stand out. The script also gives almost equal time to female resistance fighters, Poésy ("Harry Potter") is notably good.

In one of the narratives many detours, “Resistance” momentarily slips into “Charlotte Gray” mode, a French resistance fighter film starring Cate Blanchett.

As the editing pivots the audience from one location to another and varying time frames (three within the first seven minutes of running time), it’s at 56 minutes when Marcel brilliantly improvises his mouth as a human flame thrower that “Resistance” exhibits some unexpected creativity.

The movie has a couple of tense moments between varying characters in the second and third act that sustain your attention, while simultaneously revealing just how slow that first act truly was.

Marcel’s speech about the best way to resist, saving children’s lives, is the best scene in the entire film. Ed Harris and Edgar Ramírez are only on screen for seconds, but the closing scene, Eisenberg in full face paint and iconic costuming, makes you wish everything preceding this stunning moment was earned.

Final Thought: Resistance is a buffet sampling of many other WWII films, that doesn’t figure out what type of movie it wants to be until the very end.