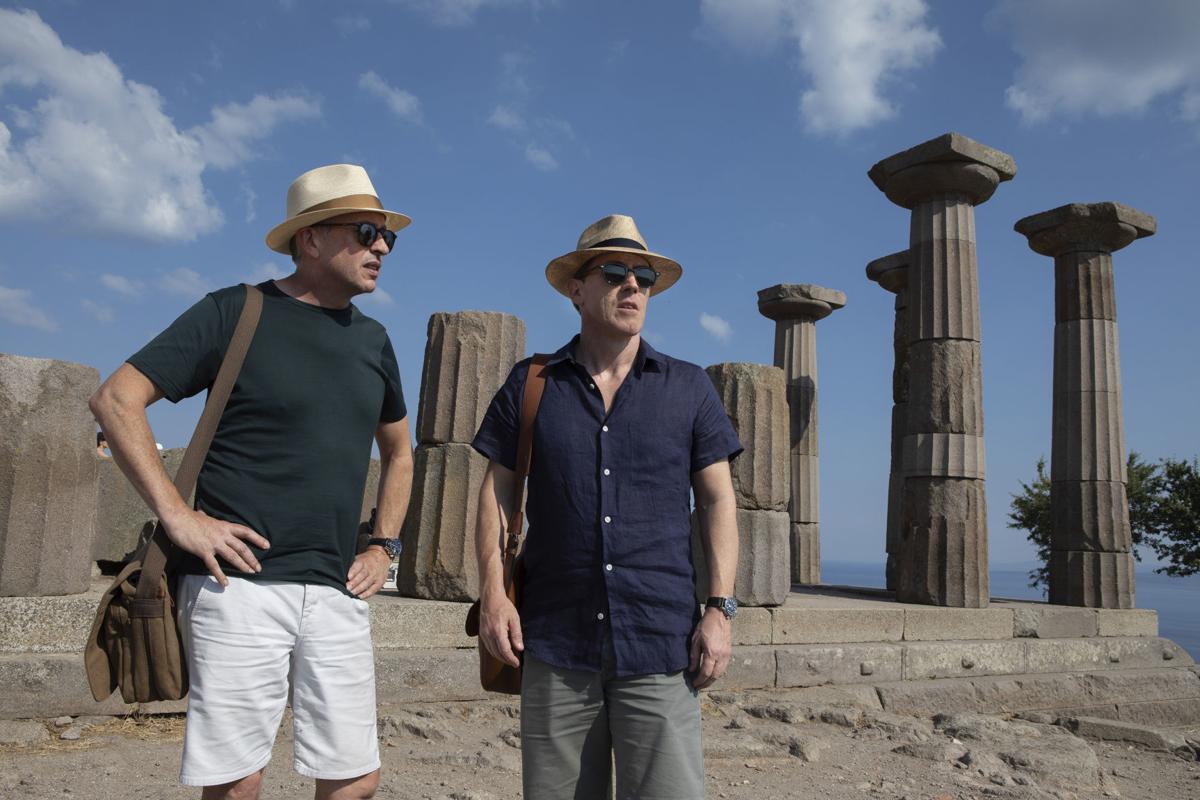 Steve Coogan, left, and Rob Brydon star in “The Trip to Greece,” which is available today for rent on video-on-demand and digital platforms. 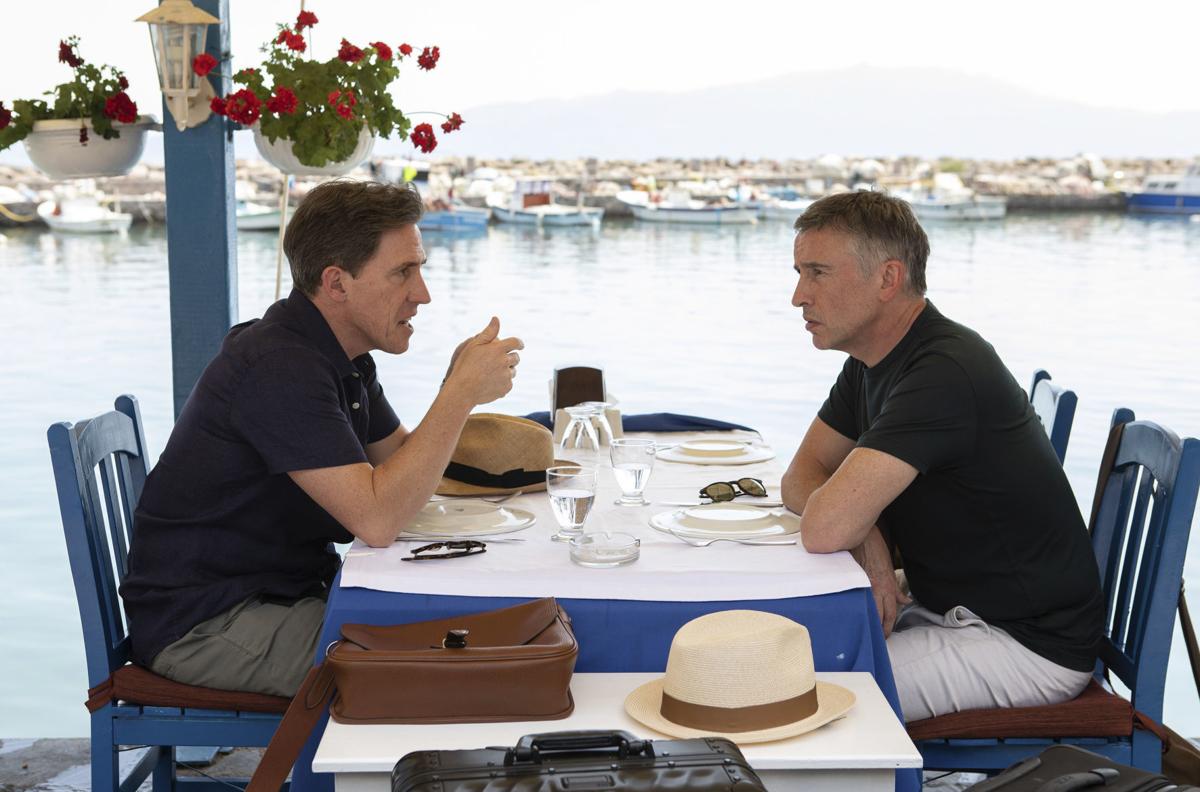 Rob Brydon, left, and Steve Coogan star in the whimsical travel film, "The Trip to Greece."

Steve Coogan, left, and Rob Brydon star in “The Trip to Greece,” which is available today for rent on video-on-demand and digital platforms.

Rob Brydon, left, and Steve Coogan star in the whimsical travel film, "The Trip to Greece."

For the last 10 years, British actors Steve Coogan (“Philomena”) and Rob Brydon (“Holmes & Watson”) have delivered whimsical travel films, making fun of themselves and others, while sampling the finest foods.

They began in England, the sequel took them to Italy, it was a trilogy in Spain, and they complete their journey in Greece.

The first 20 minutes of “The Trip to Greece” occur in Turkey, as they start retracing the journey of Odysseus.

For viewers unfamiliar with the previous films, the comedians work introductions into the dialogue as well as retracing their adventures. Once caught up, the two are off to roam through Greece’s less touristy venues.

Their iconic impersonations continue almost as soon as the film begins, having a go at Ray Winstone, former James Bonds Roger Moore and Sean Connery as usual, even making room for Tom Hardy. The drone or helicopter shots transport viewers outside their home viewing devices during a time where we need digital travel escapism more than ever.

The usual journey of the men getting to their assigned location from England is forfeited to spend more screen time in Greece. Once again, Coogan and Brydon are doing an article on their adventures, explaining to the viewer how the previous was so well received.

Coogan is distracted with his father in the hospital back home, receiving daily updates from his son. Brydon also phones home more often than usual, inviting his wife to join him once their pre-planned journey is complete. It’s tradition for Coogan to work in his seven BAFTA awards, as this heightened version of the actor playing himself leans far into narcissism.

The pair also discuss Coogan’s performance in “Stan & Ollie.” Eat, drive, impersonate and challenge each other are daily routines that fill their week-long trip that ends abruptly.

Your first “Trip,” whichever that might be, is likely the one you will enjoy the most. Unfortunately, repeating the exact same narrative just in a new location with more wrinkles doesn’t make it better.

‘Greece’ is the least accomplished of all the films. By that, I mean the hotels are less revealed, the food takes a back seat to the discussion more than usual, and viewers who haven’t experienced the locations themselves don’t walk away feeling like they’ve been there.

“You can be entertaining, but also exhausting,” Coogan says of his traveling companion, summarizing our feeling toward this series.

“Greece” has a laziness that isn’t detected in the previous films. My hunch is Coogan shot this film and “Greed” in the same visit. In fact, one of the opening moments has Coogan reuniting with a cast member from that film, taking us briefly into the reality of the refugee situation.

The real star here is the landscape and the way the cinematographer shows us perspective views, the clear water and the iconic architecture. Whether you enjoy the banter between these two or not, the escape provided during this time of stay-at-home is quite rewarding.

I found myself wondering how different this type of film might be with say Emma Thompson and Meryl Streep taking trips like this and what discussions they might have.

Final Thought: “Greece” is a welcome escape from the couch but the most lackluster in the series of “Trips.”

The Trip to Greece