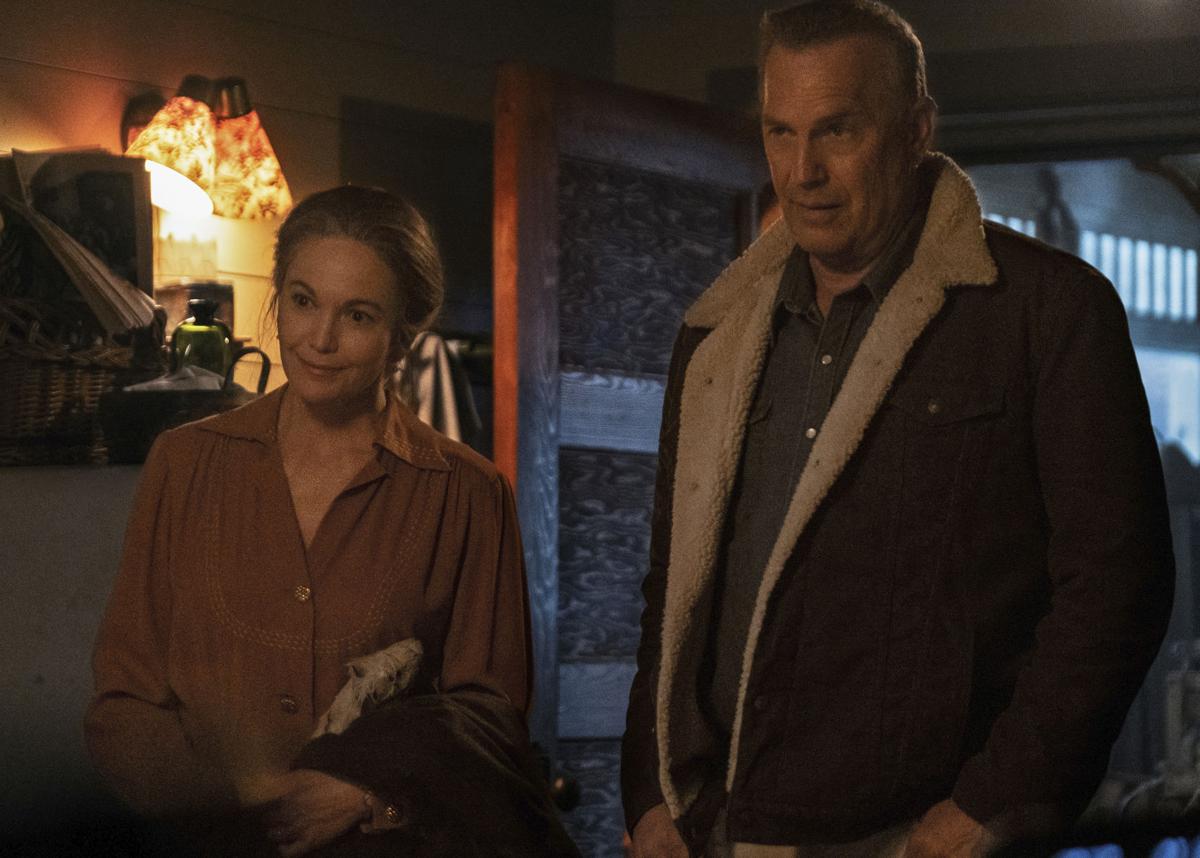 Diane Lane, left, and Kevin Costner appear together in “Let Him Go,” which will be released Friday, Nov. 6, 2020. 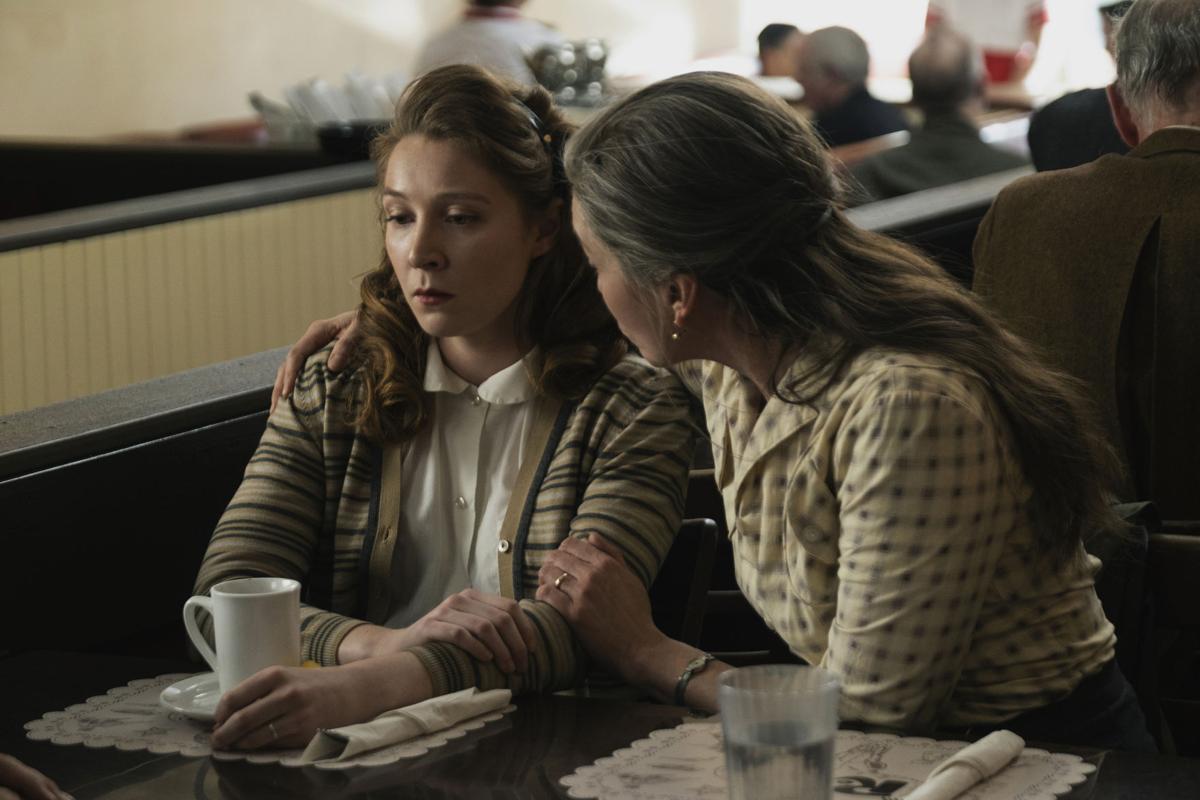 Kayli Carter, left and Diane Lane star together in “Let Him Go.” 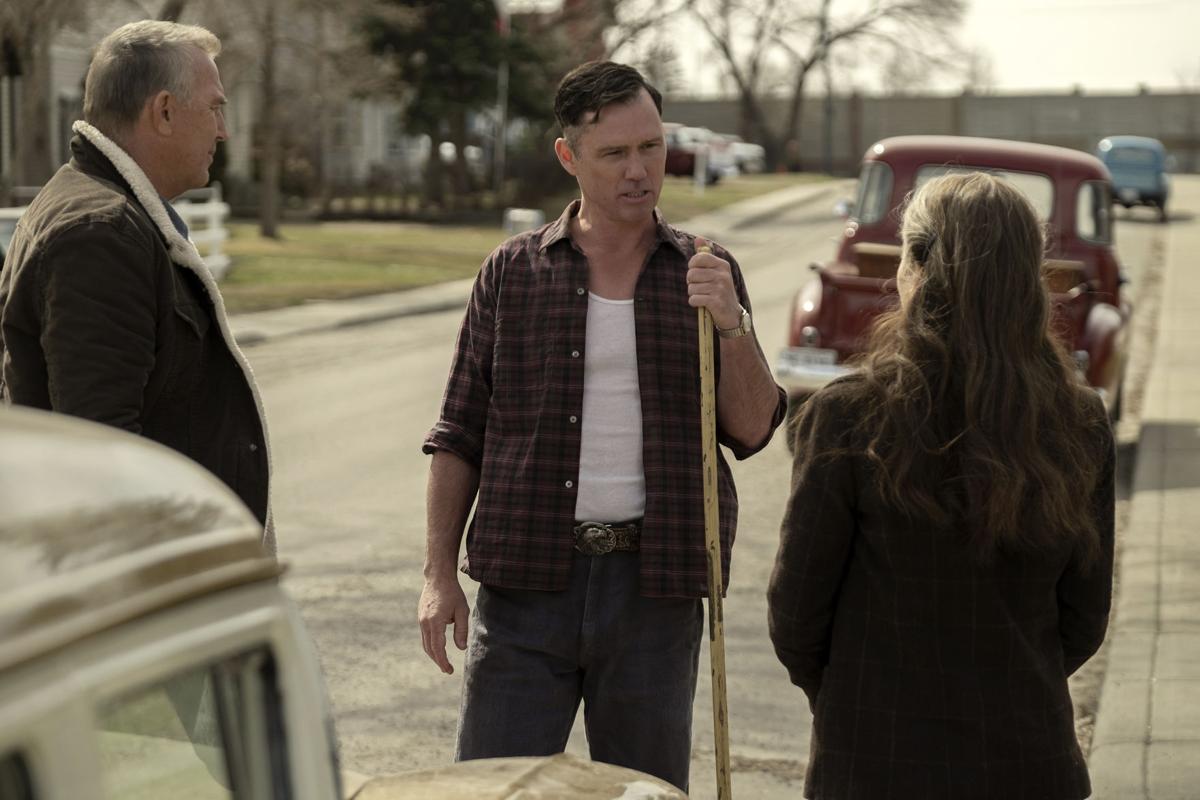 Kevin Costner, left, Jeffrey Donovan and Diane Lane appear together in “Let Him Go,” which will be released Friday, Nov. 6, 2020. 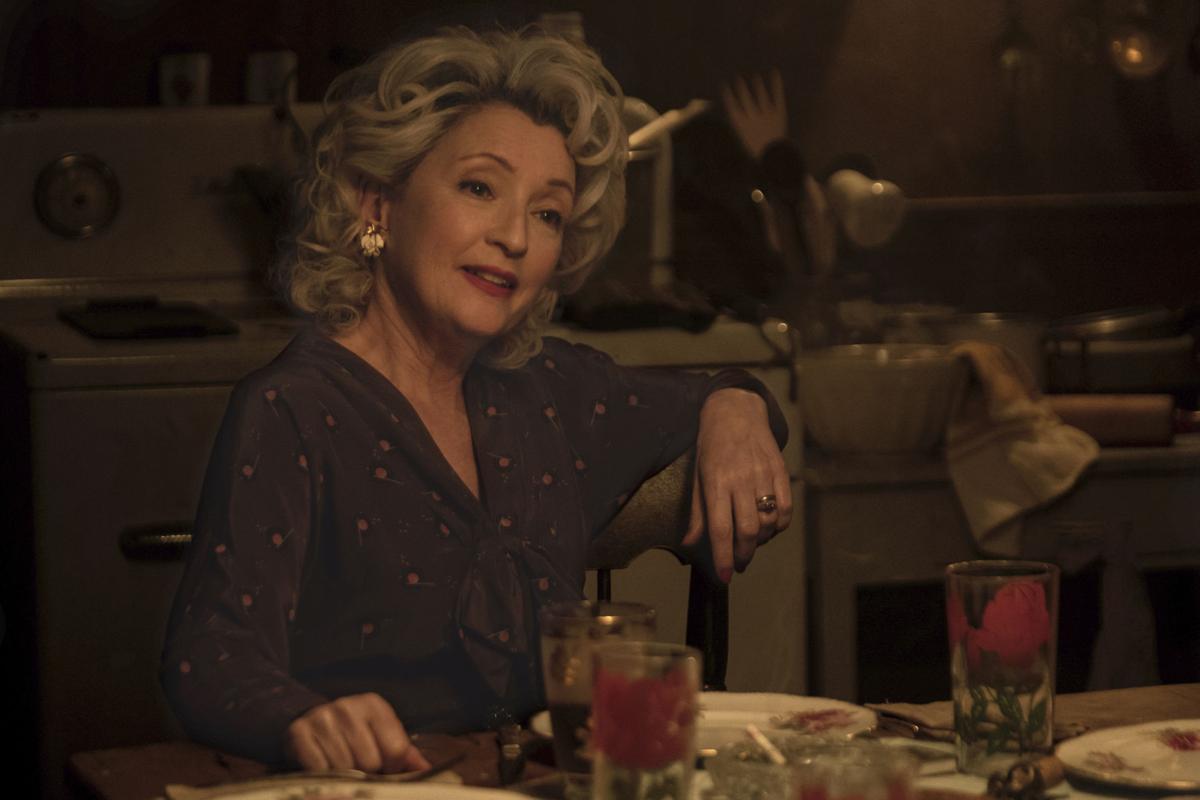 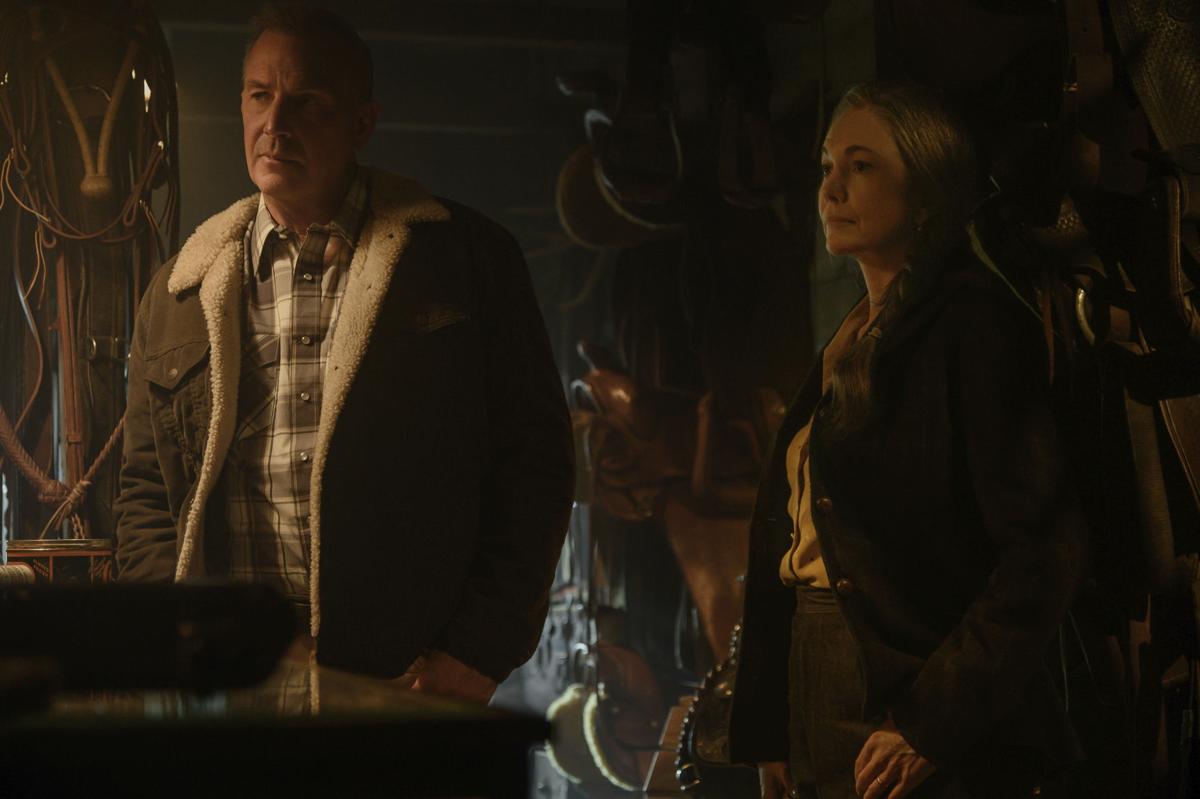 Diane Lane, right, and Kevin Costner star together in "Let Him Go," which will be released Friday, Nov. 6, 2020. Lane and Leslie Manville have sharp performances in the film.

Diane Lane, left, and Kevin Costner appear together in “Let Him Go,” which will be released Friday, Nov. 6, 2020.

Kayli Carter, left and Diane Lane star together in “Let Him Go.”

Kevin Costner, left, Jeffrey Donovan and Diane Lane appear together in “Let Him Go,” which will be released Friday, Nov. 6, 2020.

Diane Lane, right, and Kevin Costner star together in "Let Him Go," which will be released Friday, Nov. 6, 2020. Lane and Leslie Manville have sharp performances in the film.

Not a prequel about Clark Kent’s parents, but Diane Lane (“Unfaithful”) and Kevin Costner (“The Highwaymen”) do reunite in this film as husband and wife again after “Man of Steel,” once more living on a farm, trying to protect their child.

Based on Larry Watson’s novel, “Let Him Go” examines domestic abuse in the early 1960s as two grandparents take drastic measures to rescue their grandson and daughter-in-law. “Let Him Go” oozes the same tension and drama as “In the Bedroom,” despite entirely different situations.

The further Lane and Costner’s characters get from their home in Montana, the more tense the story gets. For a drama with thriller tendencies, the editing is kept extremely tight, only showcasing the most vital information. Alberta, Canada, stands in for North Dakota and Montana, with Michael Giacchino’s score adding beauty to the scenic drive, and nervousness each time the couple stop.

Following the death of their only son, Margaret and George Blackledge have continued to make their daughter-in-law Lorna (Kayli Carter) and grandson Jimmy part of their family. They stood beside her when she remarried, but their love and support is rejected by her new husband, Donnie Weboy (Will Brittain).

After witnessing Donnie physically abusing Lorna and the boy, Margaret fears the worst when her extended family abruptly leaves town. She convinces her husband, a retired lawman, to accompany her on this wild chase that leads them out of state and into North Dakota.

“Sometimes that’s all life is, a list of what we’ve lost,” George remarks as they continue to grieve for their son. Every inquiry into the Weboy family proves more ominous the closer they get to their destination.

From vintage cars and household props, the farmhouse set decoration and scenic route they travel is magnificently vintage. The old downtown locations in Alberta serve as a spitting image for what was and still is every other downtown in Montana. The most wonderfully modern concept about the writing is Margaret Blackledge’s determination and iron will.

Lane is perfectly cast, donning grey hair and western wear, married to a tough, calloused man who has learned over time not to get in her way. Their relationship is the heart of the story, and their journey allows moments of brief flashbacks to show the bond they have created.

“Let Him Go” either has scenes of nothing but nuance or others where one stressful scene changes to another with no acknowledgement of what the couple did in between.

This script is the perfect analogy for “the frog boiling to death in a pot of slowly heated water,” as the suspense inches quietly toward the explosive climax. The prelude to danger isn’t a let-down when we meet Oscar-nominee Lesley Manville (“Phantom Thread”) as the Weboy matriarch. While Blanche Weboy might feel like a character out of place, from a different story or film, that’s exactly what raises the stress level for the calm, easy going, well-mannered Blackledges.

The script is careful to write our protagonists into a corner so the time period, the isolated location and the odds are against them, and violence is the only option left. The payoff is grand, dramatic and a worthy release of anxiety for the viewer, although it’s not as unpredictable in retrospect.

Booboo Stewart of “Twilight” fame has a small part but elevates a handful of scenes as an ousted Native American looking for purpose. Costner is exactly what you imagine, for better or worse.

Final Thought: “Let Him Go” is a tense drama leaning heavily in the direction of a thriller with sharp performances from Lane and Manville.