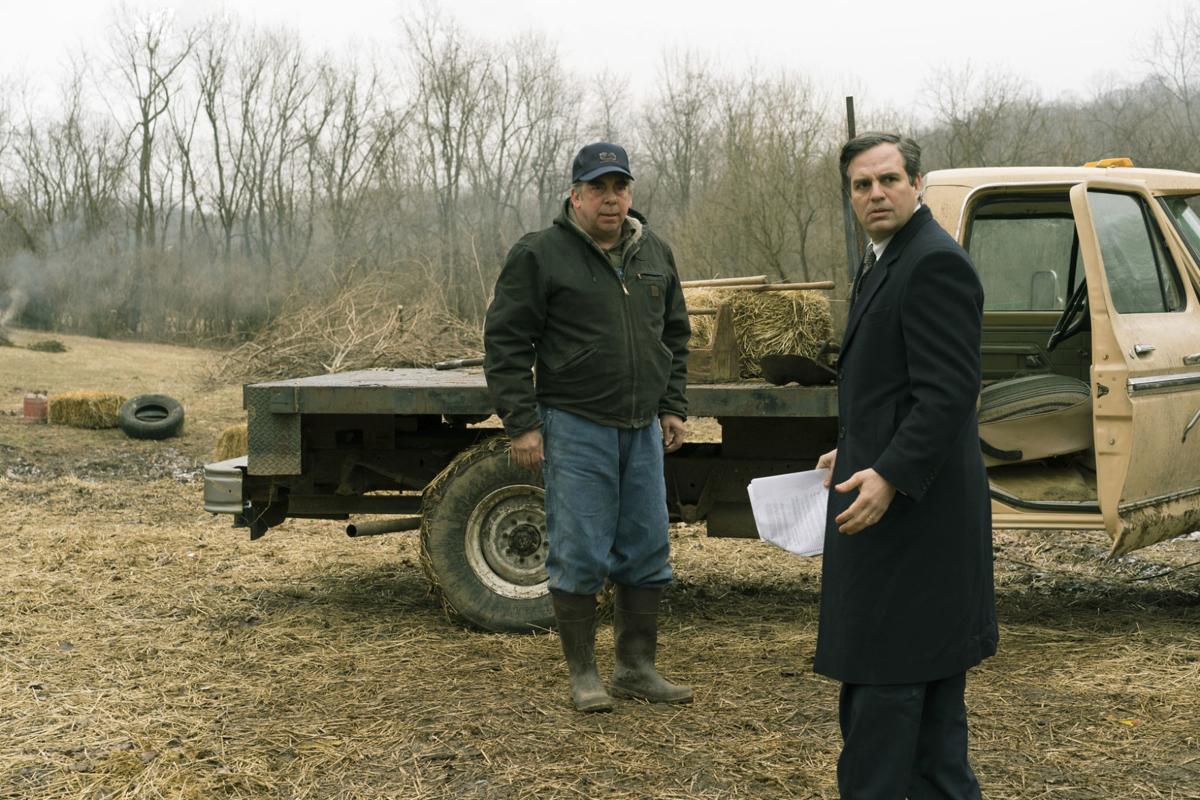 This image released by Focus Features shows Bill Camp, left, and Mark Ruffalo in a scene from “Dark Waters.” 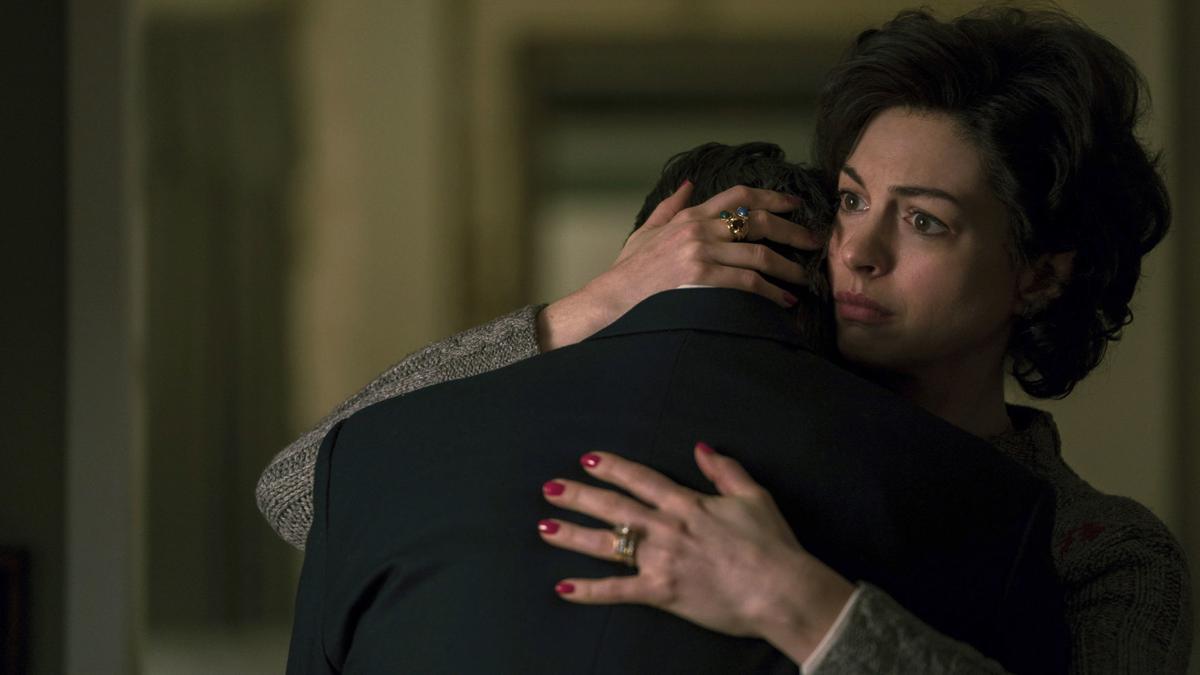 This image released by Focus Features shows Anne Hathaway in a scene from "Dark Waters." 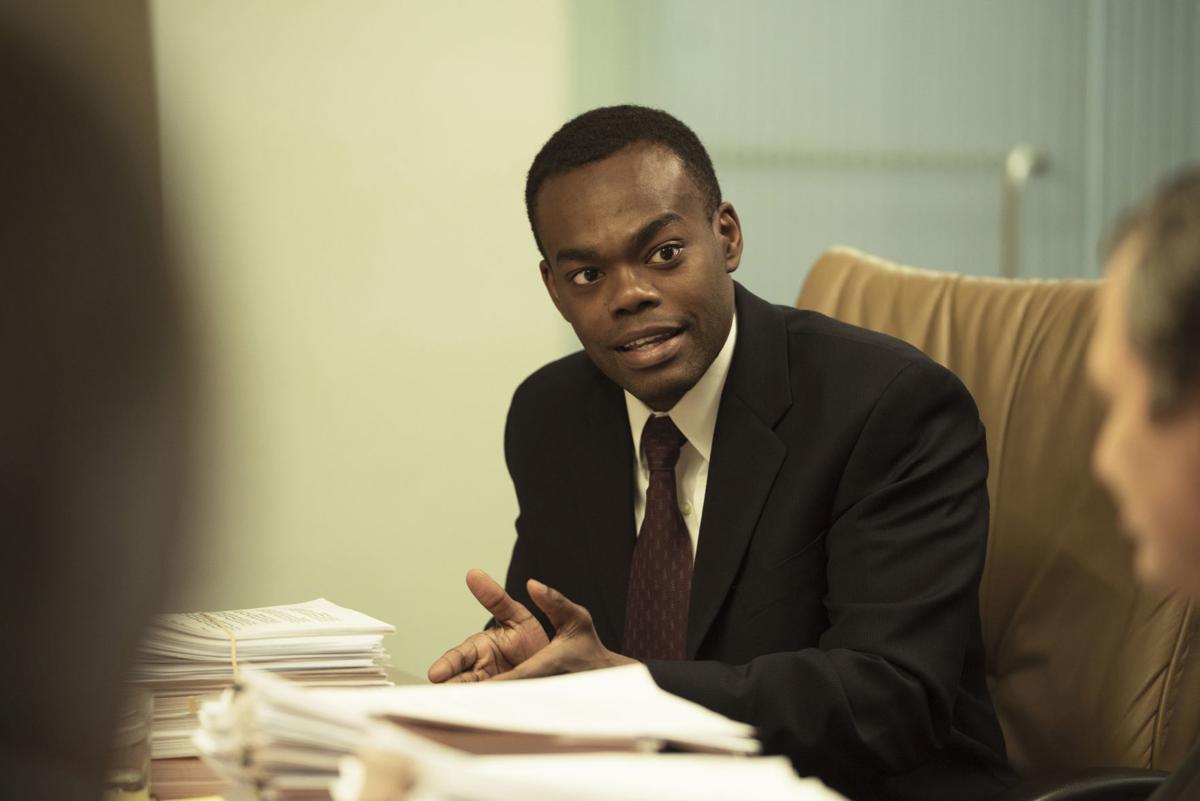 This image released by Focus Features shows William Jackson Harper in a scene from "Dark Waters." 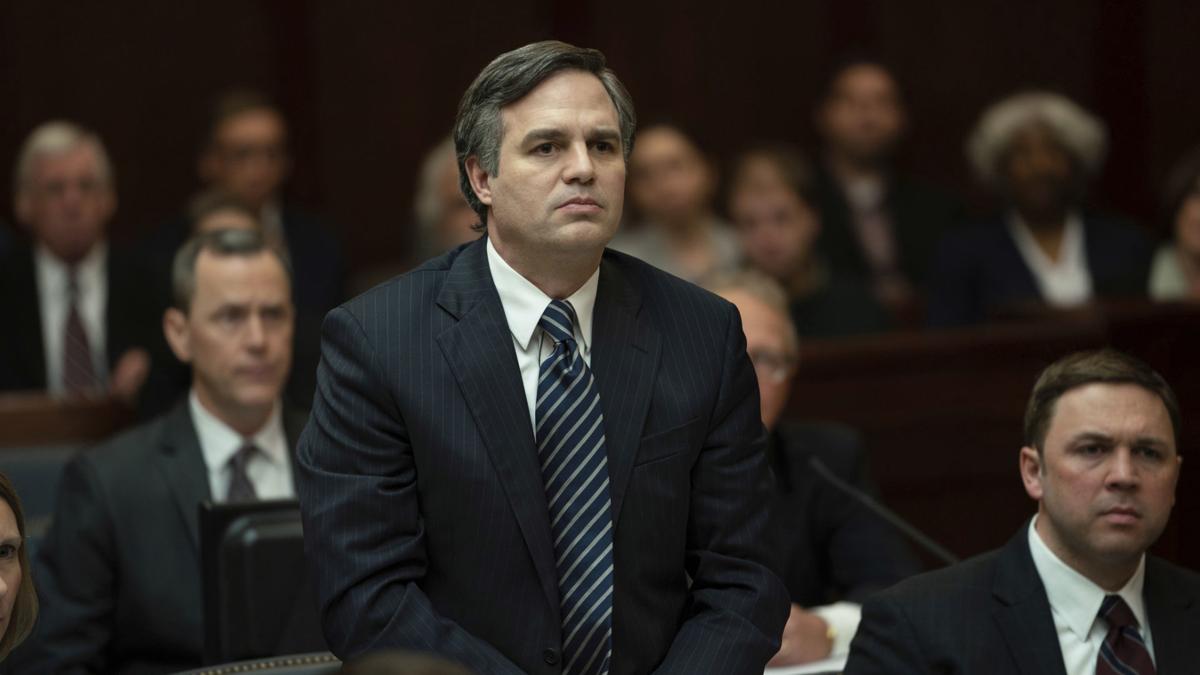 This image released by Focus Features shows Mark Ruffalo in a scene from "Dark Waters."

This image released by Focus Features shows Bill Camp, left, and Mark Ruffalo in a scene from “Dark Waters.”

This image released by Focus Features shows Anne Hathaway in a scene from "Dark Waters."

This image released by Focus Features shows William Jackson Harper in a scene from "Dark Waters."

This image released by Focus Features shows Mark Ruffalo in a scene from "Dark Waters."

The director of “Carol” and “Far From Heaven” isn’t the guy you expect to helm an environmental crisis story that has the structure of “Erin Brockovich.”

Yet, in the unsuspecting hands of Todd Haynes, “Dark Waters” becomes the most terrifying true story of the year. No horror movie plot twist will disturb like the facts presented in this case that follows one lawyer dedicated to exposing the deadly corruption within the Dupont Company.

An unusual “must-see film,” not because Mark Ruffalo (“Avengers”) gives an award-worthy performance or Haynes reinventing the wheel, but because 99 percent of us (Dupont calls us “receptors”) have been exposed to the toxic substance this film is about.

This story was told recently in last year’s documentary “The Devil We Know,” and it is unlikely that mainstream theatergoers are going to choose this one over “Star Wars,” “Little Women” and other major productions this holiday season. But this is the one we should all see.

Robert Bilott (Ruffalo) grew up around Parkersburg, and his grandmother mentioned to Mr. Tennant, her grandson is an attorney specializing in chemical companies. Bilott actually defends chemical companies, but what he discovers on Tennant’s farm, literal mad cows, (over 190 that have died from drinking the water) covered in cancers and abnormalities, changes his entire career forever.

With a humble nature and conviction, he painstakingly gathers evidence. After years of this effort, he convinces the firm that it’s their duty to hold Dupont responsible for the thousands of lives they have affected. “It’s a small family matter,” Bilott said in 1998, “I’ll get in and out.”

A small-time lawyer, against an American industrial Goliath with practically unlimited resources, was the setting for the 2000 film “Erin Brockovich,” nominated for best picture and best actress winner (Julia Roberts).

“Dark Waters” isn’t as colorful as “Brockovich.” In fact, Haynes uses the desaturated filter present in “Prisoners” (also set in the industrial belt) to make the withering and dependent town of Parkersburg appear more dire.

You will also see similarities to Ruffalo’s other “cause” film, best picture winner “Spotlight.” As important as “Dark Waters” subject matter and the clarity in which it presents the case to the public, there isn’t anything cinematically stimulating about its delivery.

Even scenes where a large stack of documents must be faxed to the defendant mirrors the one in “Brockovich.” Steven Soderberg cracked the code on how a “cause” film can also be entertaining, but he has a wildly colorful lead character to pivot from.

It’s a bit hard to understand this contemptuous, desperate cow farmer, but his story is the audience’s way into the subject matter. Camp, always sidelined in movies as a gruff henchman or minor one-sided character, gets a real arc in this script, serving as the film’s pulse.

The same can’t be said for Anne Hathaway (“Serenity”), playing the stereotypical wife, raising children and objections to her husband’s long hours. Aside from one hospital corridor scene, the Oscar-winning actress’s biggest contribution to the film is name recognition.

Oscar-winner Tim Robbins (“Mystic River”) and Victor Garber (“Sicario”) are ideally cast, both getting a moment a piece to shine. Haynes doesn’t find a creative way to present the material, yet “Dark Waters” cinematic shortcomings don’t diminish its impact.

Final Thought: “Dark Waters” is an unconventional horror film about something that affects 99 percent of the world’s population, you just don’t know how or why until you see the film.