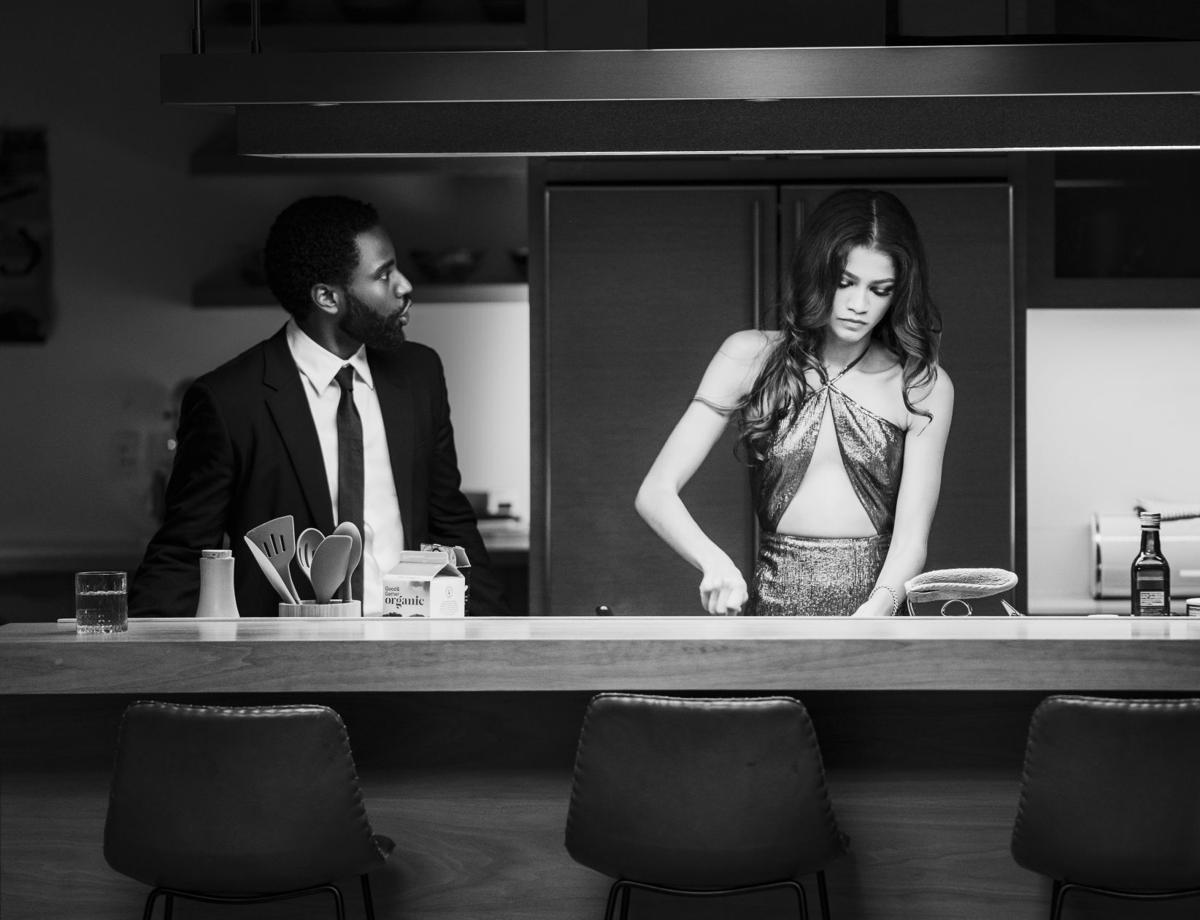 Zendaya, right, and John David Washington star in “Malcolm & Marie,” which will be available to stream on Netflix on Friday, Feb. 5, 2021. 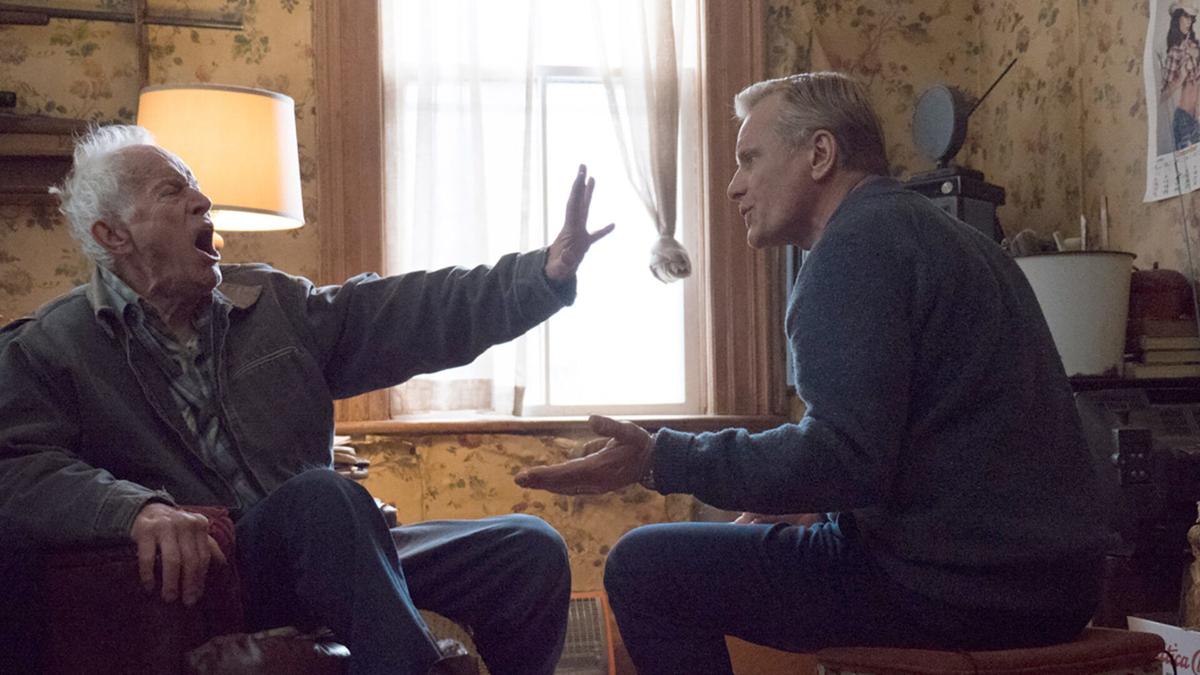 Lance Henriksen, left, and Viggo Mortensen star in “Falling,” which will be in select theaters Friday, Feb. 5, 2021. 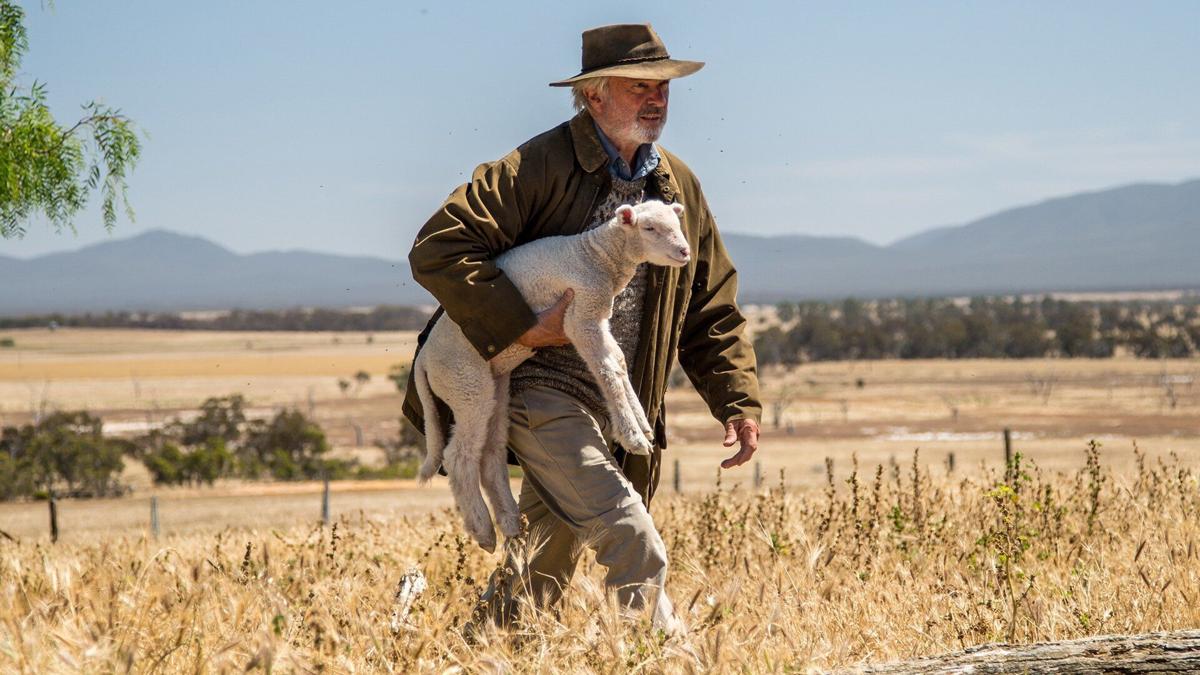 Sam Neill stars in “Rams,” which will be in select theaters and on video on demand Friday, Feb. 5, 2021.

Zendaya, right, and John David Washington star in “Malcolm & Marie,” which will be available to stream on Netflix on Friday, Feb. 5, 2021.

Lance Henriksen, left, and Viggo Mortensen star in “Falling,” which will be in select theaters Friday, Feb. 5, 2021.

Sam Neill stars in “Rams,” which will be in select theaters and on video on demand Friday, Feb. 5, 2021.

As the 2020 awards race comes into focus this week with the announcement of the Golden Globe and Screen Actors Guild Awards, one new release is a late-breaking contender trying to gain momentum. Two other new releases are outside the awards bubble, but they are still worth watching.

“Malcolm & Marie” lands on Netflix this week. It’s a black-and-white film that takes place in real time, over one exhausting night. The only actors on screen are Zendaya and John David Washington, a Hollywood couple who have just arrived home from his movie premiere.

“How you forget to thank me, when you made a movie about my life,” is where the argument begins. The screenplay by director Sam Levinson has the two hurling curse words at each other like ignorant teenagers.

The film becomes excruciating after the intoxicated couple make up and then reignite the same argument. She contests that, “Behind every great movie directed by a male is inspiration from a woman.”

While Zendaya and Washington are entirely realistic in their dedicated performances and certainly relatable to those in the industry, it’s a chore to sit through with five-minute diatribes of the characters screaming at each other.

“Malcolm & Marie” expects the audience to know everything the folks on film Twitter know, but without some inside knowledge, you won’t get all the references.

Viggo Mortensen (aka Aragorn from “The Lord of the Rings”) writes, directs, produces, stars in and even composes the musical score for “Falling.” The first-time director admits that some of the story was inspired by his own family.

“Falling” is an unusual film about a son and father, and from the moment the character of Willis is seen on screen, there is an unsettling nature about his persona. Willis is played in flashbacks by Swedish actor Sverrir Gudnason and as a cantankerous old delusionist by Lance Henriksen.

“Falling” is engrossing as a drama while equally vile and revolting in Henriksen’s career-topping supporting turn. He gives the kind of performance that’s on par with something like Monique in “Precious.”

Mortensen, playing the mature version of the son, has never given such a restrained performance. We watch his character’s patience expand throughout the film until a most welcome emotional explosion.

In one of the film’s best scenes, Mortensen unloads all the things we as the audience have been thinking. There isn’t much of a conclusion to this story, and the point is, more or less, life can be extremely difficult, especially when you make it worse for yourself.

SAM NEILL CARING FOR SHEEP, THE MOVIE WE DIDN’T KNOW WE NEED

There is just something different about Australian films. Last week I told you about Naomi Watts and the magpie bird in “Penguin Bloom.” This week it’s Sam Neill and adorable sheep in “Rams.”

As most Australian films do, it opens with stunning overhead shots of nature, turquoise beaches, then takes us into a dusty little farm town in Western Australia, outside Perth. There we find brothers Colin (Neill) and Les (Michael Caton), who haven’t spoken in 40 years.

They live on opposite sides of the same farm, sharing both a barn and a dog, whom they have separate names for. Ten minutes in, I kid you not, you will fall in love with this movie and its characters.

“Rams” was shot entirely on a real farm in the local town of Mount Barker. The plot centers not only around two brothers who must work out their violent differences but also a serious bacteria that affects sheep, government interference with farmers and the dangers of wildfire — all blended together in a quirky script that maintains a rugged innocence.

Neill is as good here as in his other light-hearted flick, “Hunt for the Wilderpeople.” Miranda Richardson also is a delight, as is the rest of the eclectic Aussie cast.

Movie Ratings And How To Watch

How to watch: "Malcolm & Marie" will be available to stream on Netflix on Friday.

How to watch: "Falling" will be in select theaters Friday.

How to watch: "Rams" will be in select theaters and on video on demand Friday.