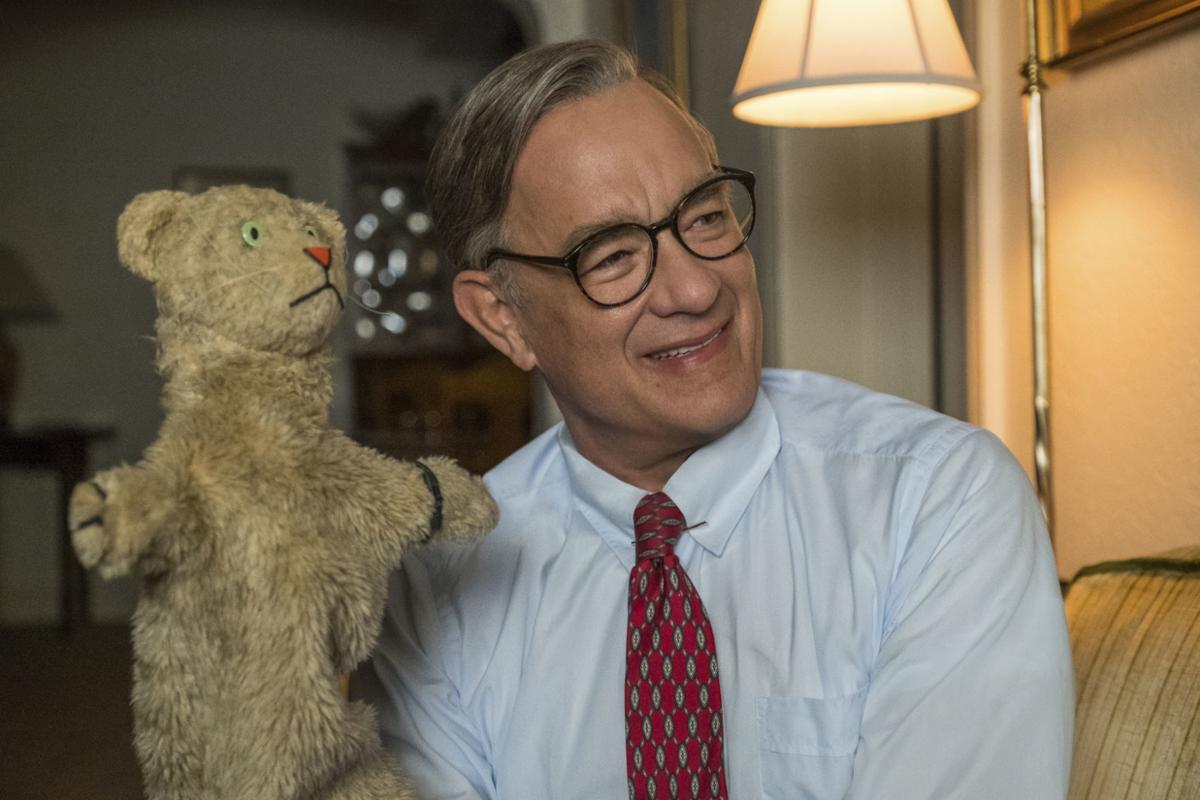 This image released by Sony Pictures shows Tom Hanks as Mister Rogers in a scene from “A Beautiful Day In the Neighborhood,” in theaters on Friday. 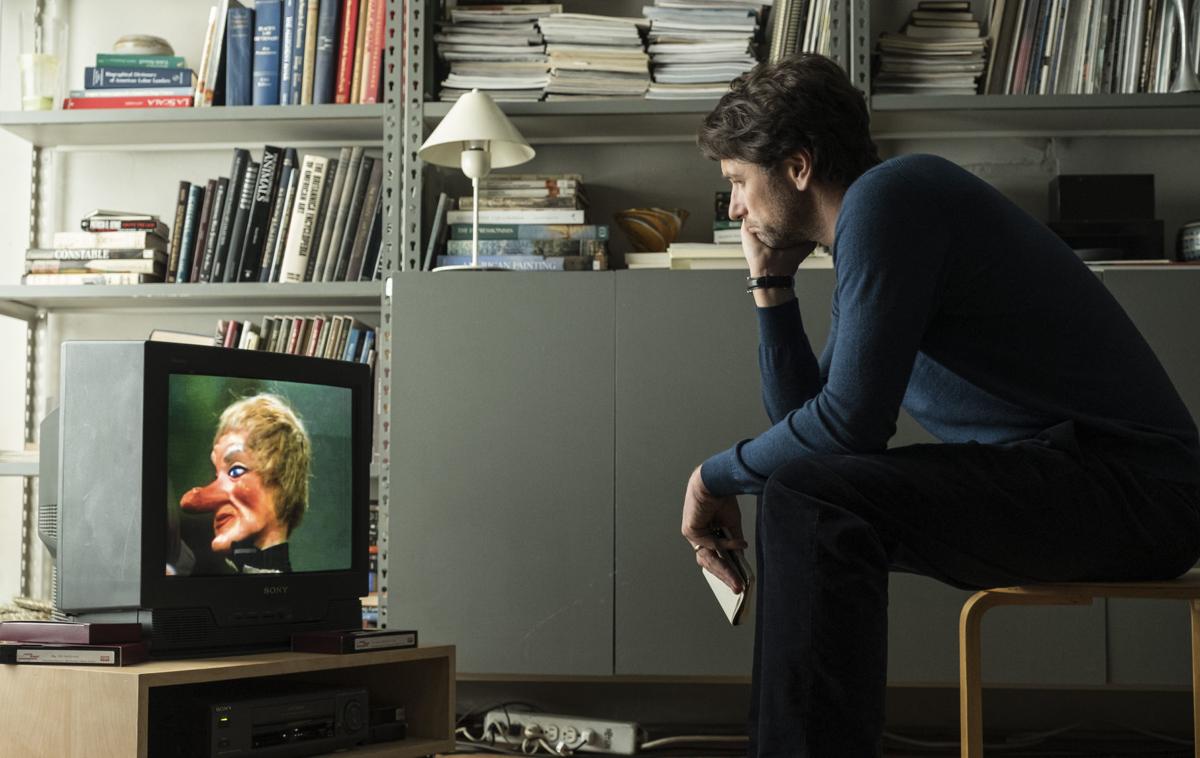 This image released by Sony Pictures shows Matthew Rhys in a scene from “A Beautiful Day In the Neighborhood,” in theaters on Friday. 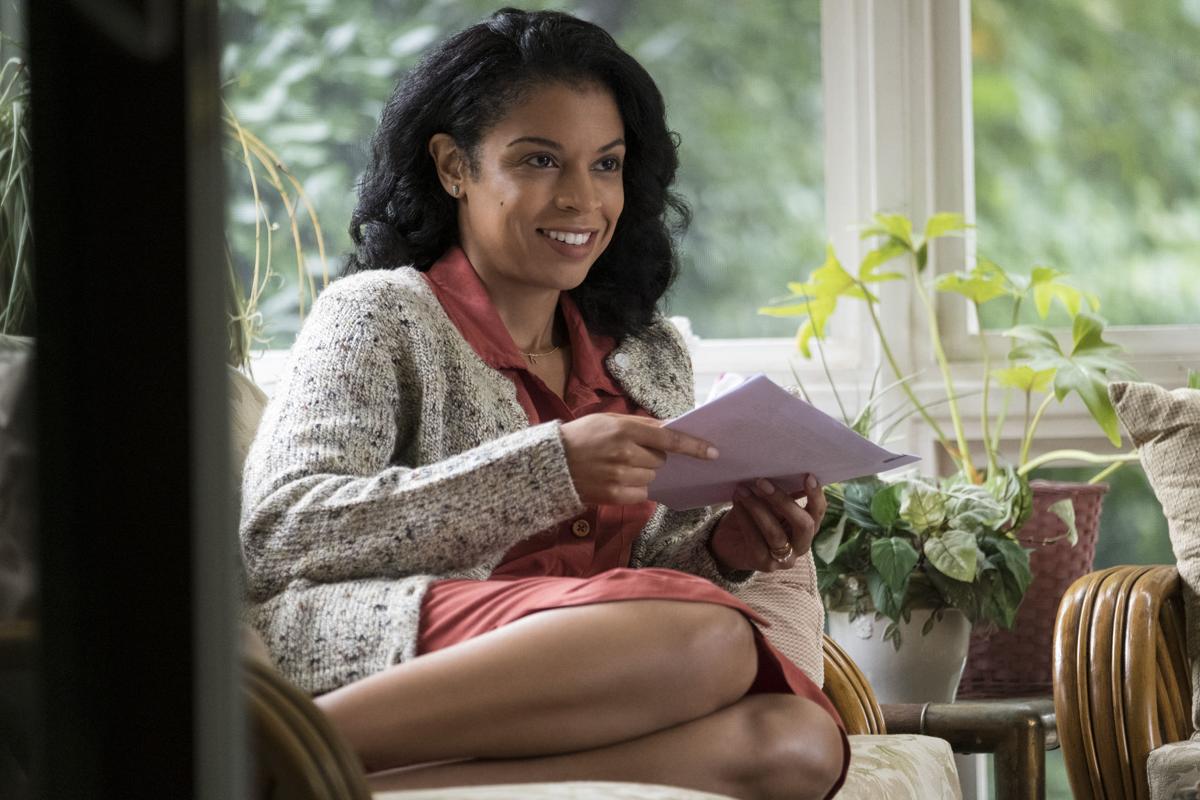 This image released by Sony Pictures shows Susan Kelechi Watson in a scene from “A Beautiful Day In the Neighborhood,” in theaters on Friday.

This image released by Sony Pictures shows Tom Hanks as Mister Rogers in a scene from “A Beautiful Day In the Neighborhood,” in theaters on Friday.

This image released by Sony Pictures shows Matthew Rhys in a scene from “A Beautiful Day In the Neighborhood,” in theaters on Friday.

This image released by Sony Pictures shows Susan Kelechi Watson in a scene from “A Beautiful Day In the Neighborhood,” in theaters on Friday.

It is likely that I’m one of the few people who haven’t seen the documentary “Won’t You Be My Neighbor,” despite having watched “Mr. Roger’s Neighborhood” as a child.

It would be incorrect to think the new feature film by Marielle Heller is centered arond the beloved Mr. Rogers. It’s not. In fact, “A Beautiful Day In the Neighborhood” focuses on Esquire magazine writer Lloyd Vogel, portrayed by the uncharismatic Matthew Rhys (“The Report“).

Of course, the selling point is Tom Hanks doing an impersonation of the iconic Fred Rogers, but it’s just that, a selling point. Nostalgia can only get you so far and “A Beautiful Day In the Neighborhood” struggles with the point of view it takes.

Because of Hanks’ limited screen time, the film limps along to a lackluster conclusion, leaving those unfamiliar with Rogers legacy mostly uninformed. The trade-off is getting the full portrait of Lloyd Vogel!

“Fred Rogers is the only person out of 50 selected heroes that would agree to speak with you,” Lloyd Vogal’s editor said. Forced to take the assignment on Mr. Rogers, Vogal (Rhys) is surprised to learn there is much more to the cardigan-wearing, children’s program host. “Don’t ruin my childhood,” his wife Andrea (Susan Kelechi Watson) begs.

Their first interview lasts only 20 minutes on set in Pittsburgh where the show is taped. Instantly, Mr. Rogers (Hanks) turns the focus to Lloyd and his anger towards an absent father (Chris Cooper). Lloyd comes to understand that “broken people” who have lost faith in humanity are Rogers specialty.

Lloyd cannot just write 400 words on a man that has so much love and goodness to share with the world. Their meetings continue, and little by little, the cynicism is eroded away by America’s most caring TV personality.

The third film from Heller again focuses on a writer. Her overly raunchy, vintage coming of age story “The Diary of a Teenage Girl,” Melissa McCarthy’s Oscar-nominated “Can You Ever Forgive Me?” and now this, all focus on writers with issues to work out throughout the course of a film, with the help of someone new who enters their life.

“Neighborhood” has many faults, but casting Rhys in the leading role is a death sentence. He simply cannot and does not carry the weight of the film.

Hanks is fine with his enactment, but it’s just that, never rising above an imitation. Chris Cooper sings surprisingly well, but what he doesn’t do well is come in and create the abandoned father looking for forgiveness. By the second act, this film has turned into a dull day in the neighborhood and those unsure of who Rogers was or what he was about, leave nearly as uninformed.

It’s humorous how every difficult question Vogel hurls at Rogers is met with gratefulness and some anecdote that makes the audience laugh because it’s frustrating the interviewer. Sure there are inspirational moments that encourage the audience to go out of the theater and treat each other with the love and dignity Rogers showed everyone, and that’s beautiful sentiment.

“Neighborhood” doesn’t commandeer the kind of narrative “The Two Popes” achieves by showing the audience how Fred Rogers got to be so saint-like. The most creative element to the film is the transitions that start with the toy miniatures of Roger’s show and continue to be used to show where the characters are traveling too.

“A Beautiful Day In the Neighborhood” boils down to a movie studio wanting to capitalize on the popularity of the documentary and squeeze a feature film out of it. Audiences might feel cheated from the false advertising, once they discover the film isn’t about Rogers. The old bait-and-switch marketing manipulation.

Final Thought: Hanks limited screen time doing an impersonation isn’t enough to save a film that’s told from a lackluster point of view.

A Beautiful Day in the Neighborhood

Why "review" a movie you state you did not see? I don't think that's a valid review to print in the paper.

The television program, "Mr. Roger's Neighborhood" he saw as a child.

The documentary, “Won’t You Be My Neighbor,” he did not see.

The movie he reviewed, “A Beautiful Day In the Neighborhood” with Tom Hanks he did see.

Oh...I did pretty much what I accused him of - I commented on something I didn't finish reading. Thanks for letting me know.