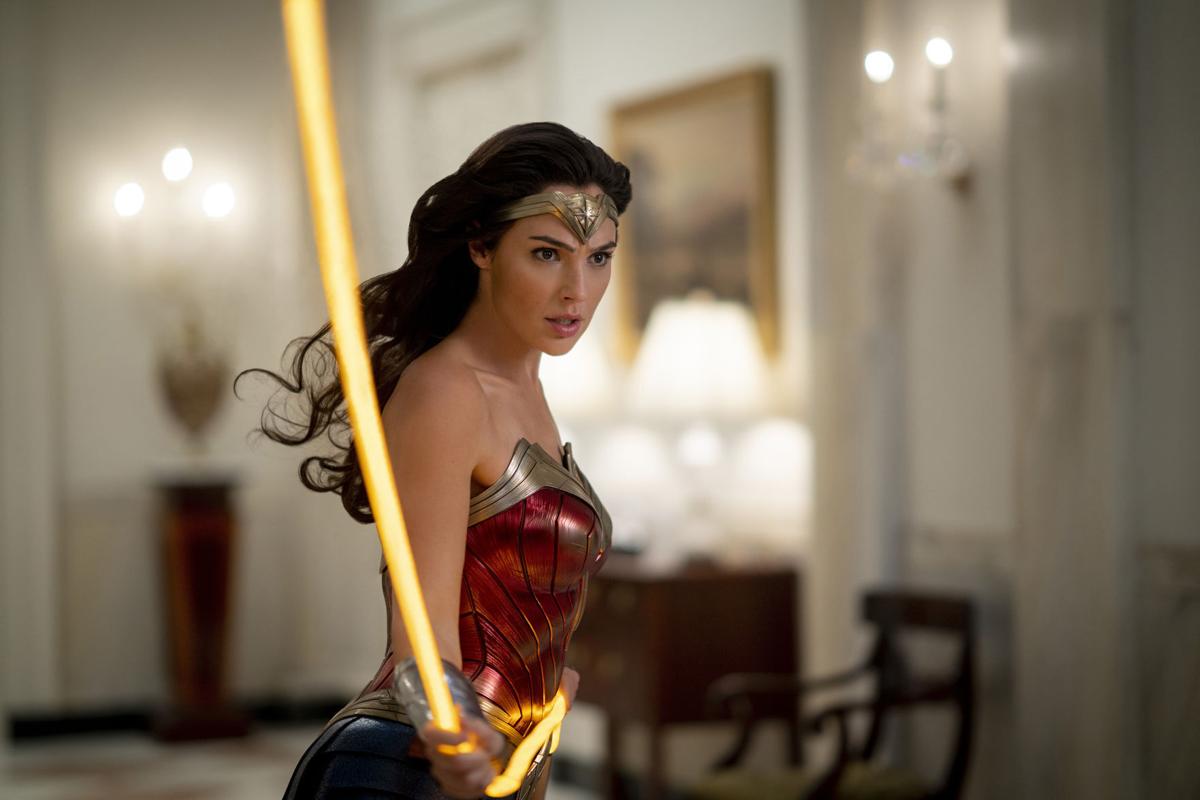 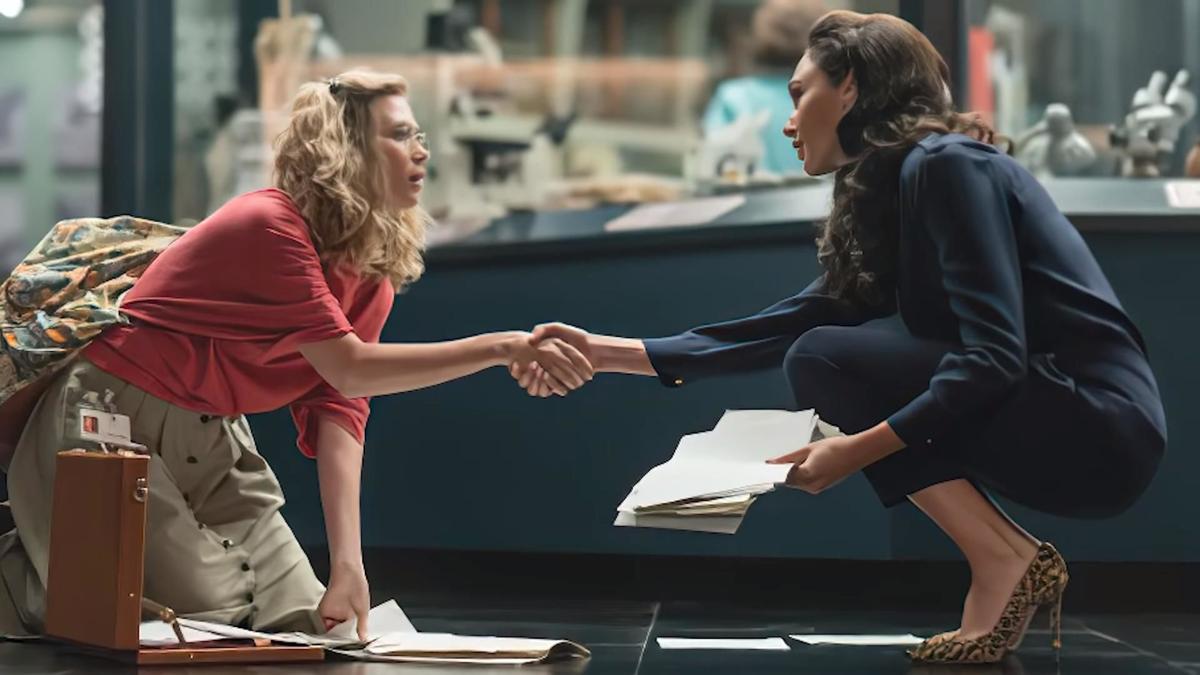 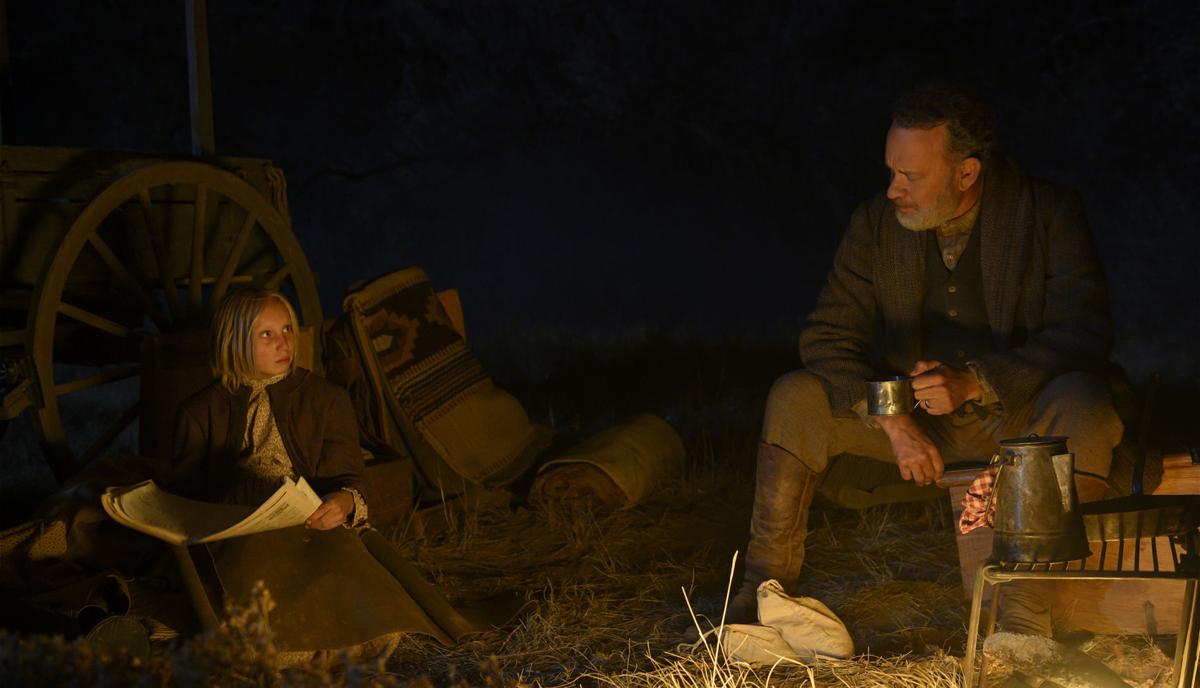 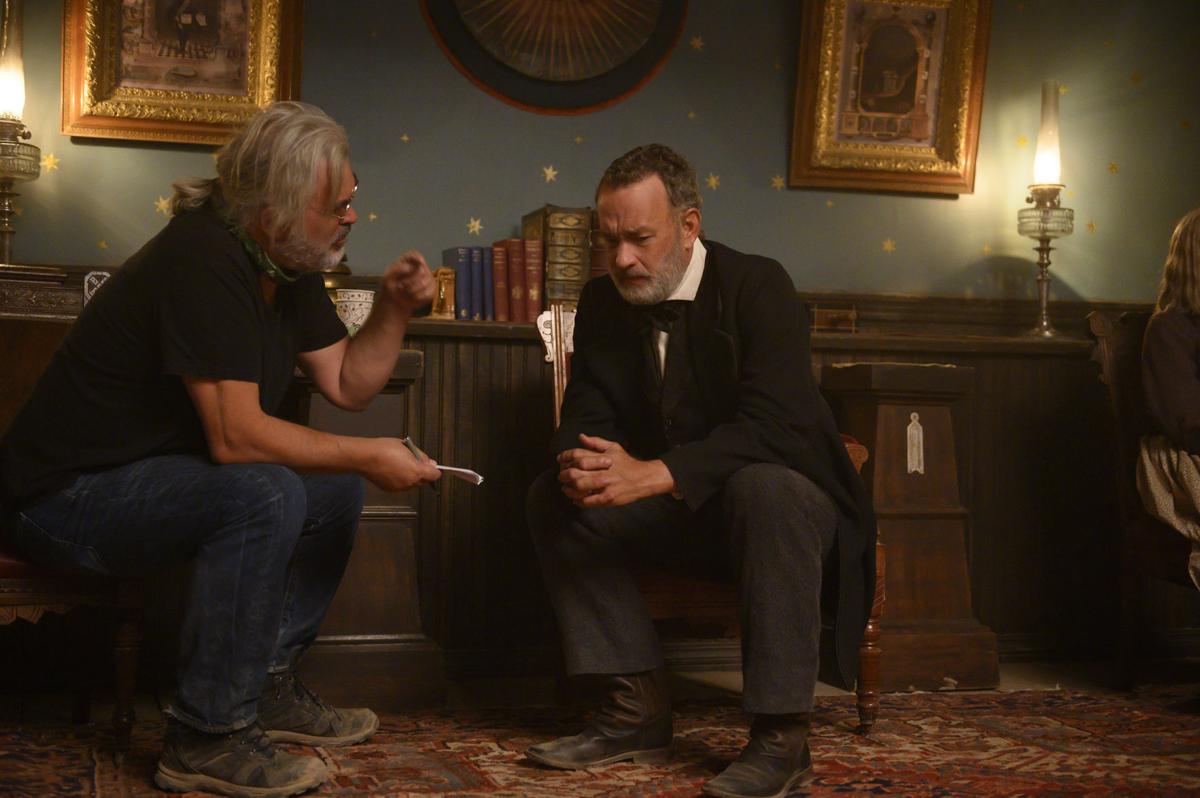 Director and co-writer Paul Greengrass, left, and Tom Hanks pictured together on the set of “News of the World.” 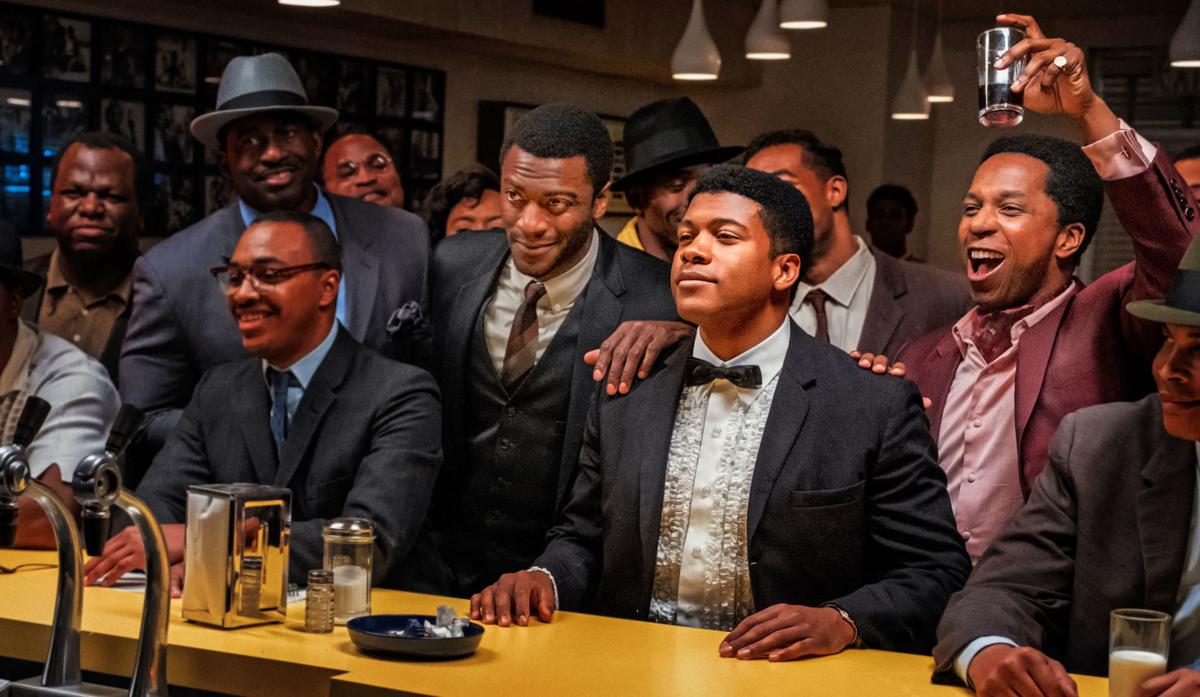 ‘One Night in Miami,’ starring Eli Goree, Kingsley Ben-Adir, Aldis Hodge and Leslie Odom Jr., will be available in a limited theater release Friday, Dec. 25, 2020, and the film will be available on Amazon Prime on Jan. 15. 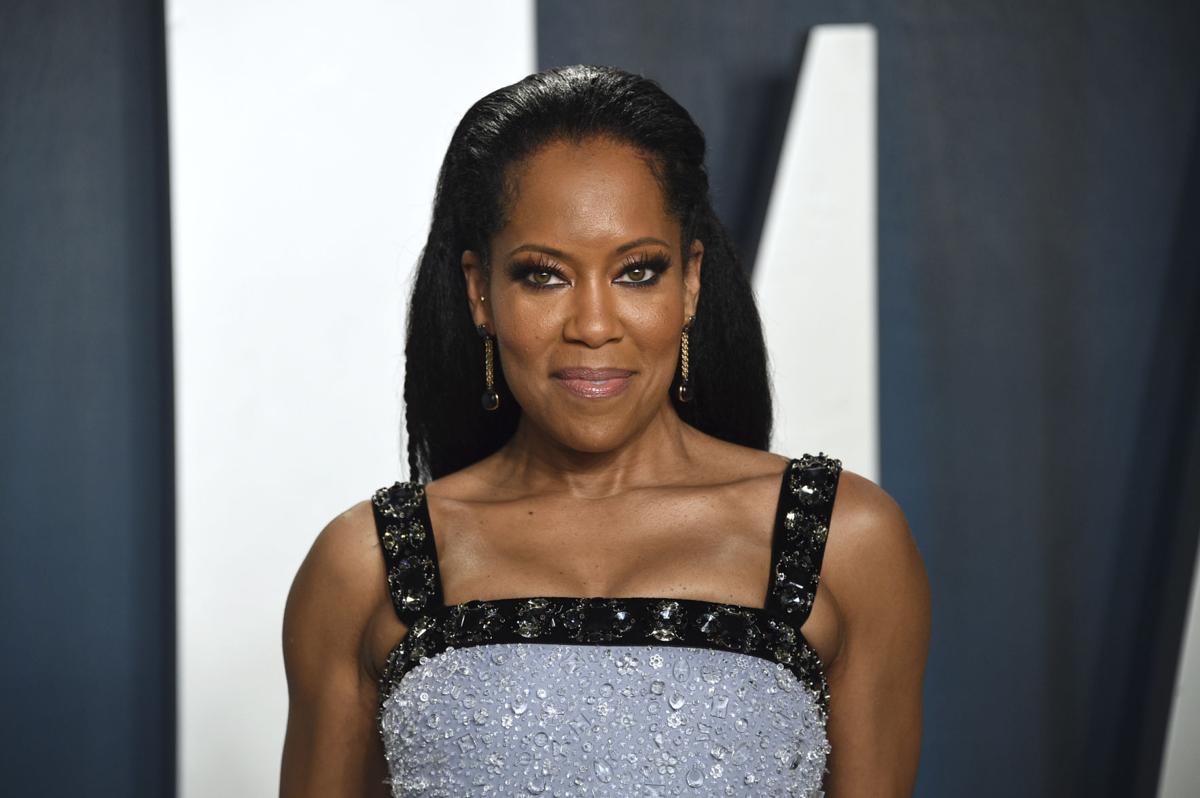 Regina King arrives at the Vanity Fair Oscar Party in Beverly Hills, California, on Sunday, Feb. 9, 2020. King is receiving awards-season buzz for her new film “One Night in Miami,” which debuted at the Venice Film Festival.

Director and co-writer Paul Greengrass, left, and Tom Hanks pictured together on the set of “News of the World.”

‘One Night in Miami,’ starring Eli Goree, Kingsley Ben-Adir, Aldis Hodge and Leslie Odom Jr., will be available in a limited theater release Friday, Dec. 25, 2020, and the film will be available on Amazon Prime on Jan. 15.

Regina King arrives at the Vanity Fair Oscar Party in Beverly Hills, California, on Sunday, Feb. 9, 2020. King is receiving awards-season buzz for her new film “One Night in Miami,” which debuted at the Venice Film Festival.

Going to the movies on Christmas Day is a tradition many of us enjoy. That’s typically when some of the best films of the year finally open to the public. Like everything else in 2020, that tradition will be greatly impacted as some cities find their local cinemas out of business.

While some of us are fortunate enough to have socially distanced theaters open nearby, it still may not be worth the risk to see films that can also be safely streamed from home.

While the highly anticipated “Wonder Woman 1984” will hit theaters and HBO Max on Christmas Day, Tom Hanks’s latest film “News of the World” will open in theaters first then on-demand in mid-January. Regina King’s directorial debut “One Night in Miami” also hits limited theaters on Christmas Day and then Amazon Prime on Jan. 15.

If you thought the first Wonder Woman was mediocre, lower your expectations for “Wonder Woman 1984.” If you really enjoyed director Patty Jenkins’ flick of the DC superhero, you too should lower your expectations. Sequels tend to suffer because after success is achieved from the first film, fewer restraints and more money often follow, which leads to less creativity.

That’s the issue here as the franchise introduces Cheetah (Kristen Wiig) and Max Lord (Pedro Pascal). The comedy of the first film with Steve Trevor (Chris Pine) introducing Diana Prince (Gal Gadot) to the advancements of the early 1900s is gender-flipped as the deceased Trevor returns to an unusual 1980s world.

Being able to watch a big-budget film like this at home on HBO Max will give audiences the option to yell things at the screen. The plot centers around a “dream stone” that grants the wishes of those in possession of it. It’s Aladdin’s magic lamp, with more severe consequences.

Wiig’s Barbara Minerva is a Selina Kyle type, which allows the comedic actress to play things cute and clumsy before becoming an Apex predator. Pascal’s oil tycoon who wants to take over the world is poorly conceived, despite the “Game of Thrones” actor giving it all he’s got.

“Wonder Woman 1984” isn’t boring as much as it is unfulfilling. It lacks creative inspiration and reverts to the lighter-fare comic book films instead of embracing darker, more serious subject matter.

HANKS IS THE CAPTAIN NOW

Traveling with Tom Hanks is an adventure, whether by air in “Cast Away” or “Sully” where his plane crashes or by sea when he is taken hostage in “Captain Phillips.”

“News of the World” finds Hanks playing Jefferson Kyle Kidd, who earns his living reading newspapers aloud in a time when being able to read was less common. It’s 1870, Galveston is the largest city in Texas, and Kidd is returning home to San Antonio from the Civil War but is taking the long way around.

Collaborating with his “Captain Phillips” director Paul Greengrass, “News of the World” is a non-traditional western about Kidd and a young German-Texan girl, who was abducted and reared by Native Americans, trying to find her place in the white man’s world.

Greengrass’ work is never dull; whether directing a Bourne thriller or a disaster film (“United 93” or “July 22”), his innovations never out measure entertainment value. He takes the production to the Australian Outback (where Hanks got COVID-19) to represent post-Civil War Texas.

Greengrass picked “The Martian” cinematographer Dariusz Wolski to capture these beautiful vast landscapes, which help make the film feel larger in scale than it actually is. Hanks is once again playing the hero we admire and respect — nothing grand or earth-shattering, just his usual solid performance.

Two years ago, Regina King won an Oscar for her performance in “If Beale Street Could Talk.” Now she is behind the camera directing “One Night in Miami.”

It’s another one of many films this year adapted from a play, and while King certainly has the characters constantly in and out of the hotel room that is the film’s main location, the sometimes dialogue-heavy scenes inside the room never become stagnant.

The film begins with then Cassius Clay clobbering his opponent. Malcolm has invited his famous friends over to his hotel room, not for celebration, but for reflection. One fight may have ended, but many more are about to begin within the four walls of that hotel room, as at least three of the men are under the impression they are there to celebrate.

Odom Jr. is the stand-out here as Cooke, accused of catering his image and music to profit off the white racists who see him only as entertainment.

“One Night in Miami” is enlightening, it’s constructive, and it’s full of talking points.

It might not be as loud or shiny as “Ma Rainey’s Black Bottom,” nor are the performances as intense, but as far as adaptations go, King clearly has a vision that is brought to life here.

How to watch: "Wonder Woman 1984" will be available in theaters and HBO Max on Friday.

News of the World: Grade B

One Night in Miami: Grade B