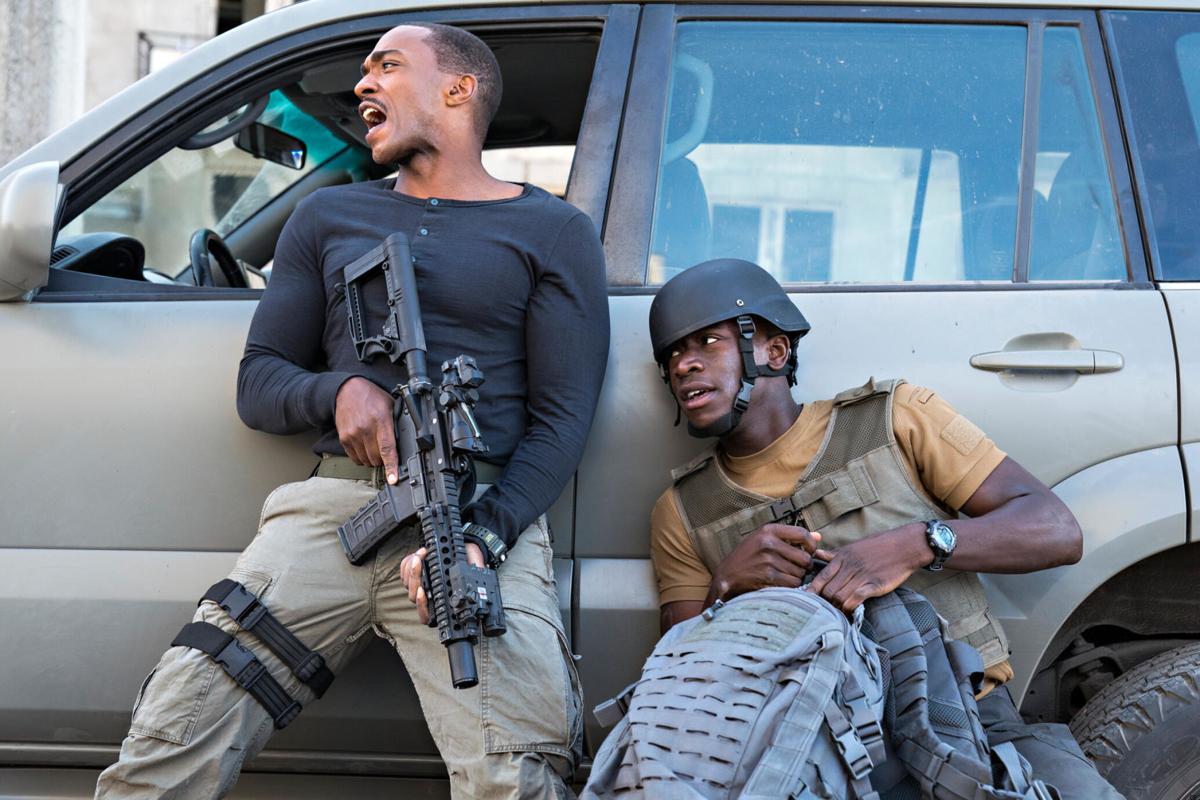 Anthony Mackie, left, and Damson Idris star in “Outside the Wire,” which will be released on Netflix today on Friday, Jan. 15, 2021. 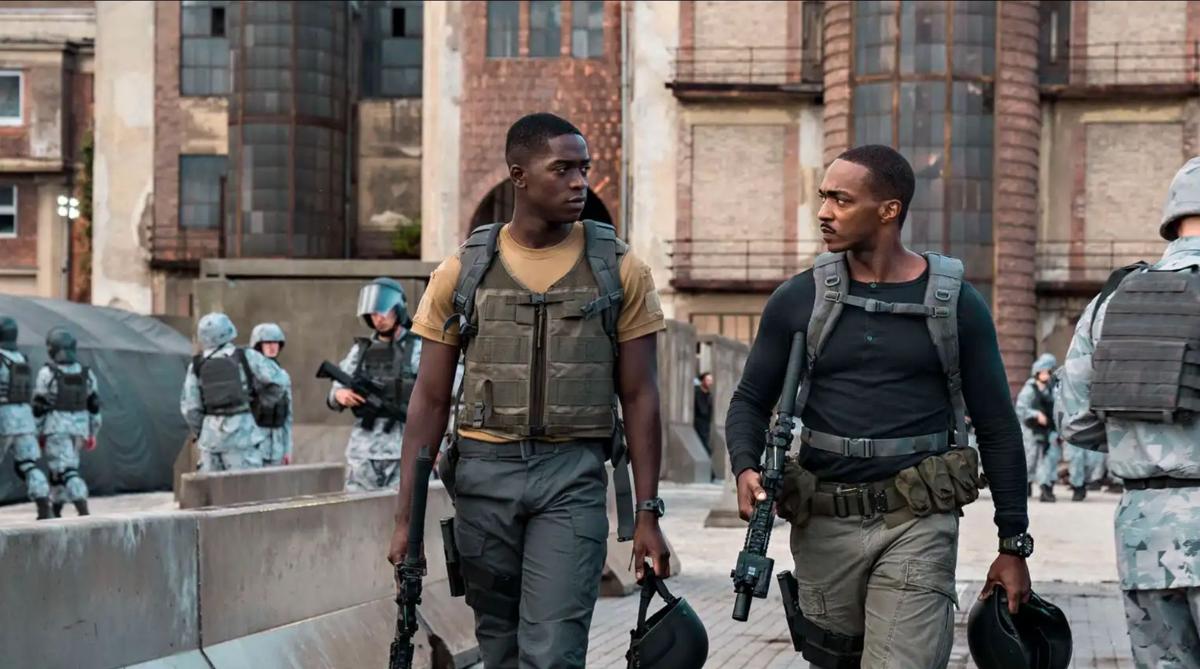 Damson Idris, left, and Anthony Mackie star in "Outside the Wire." 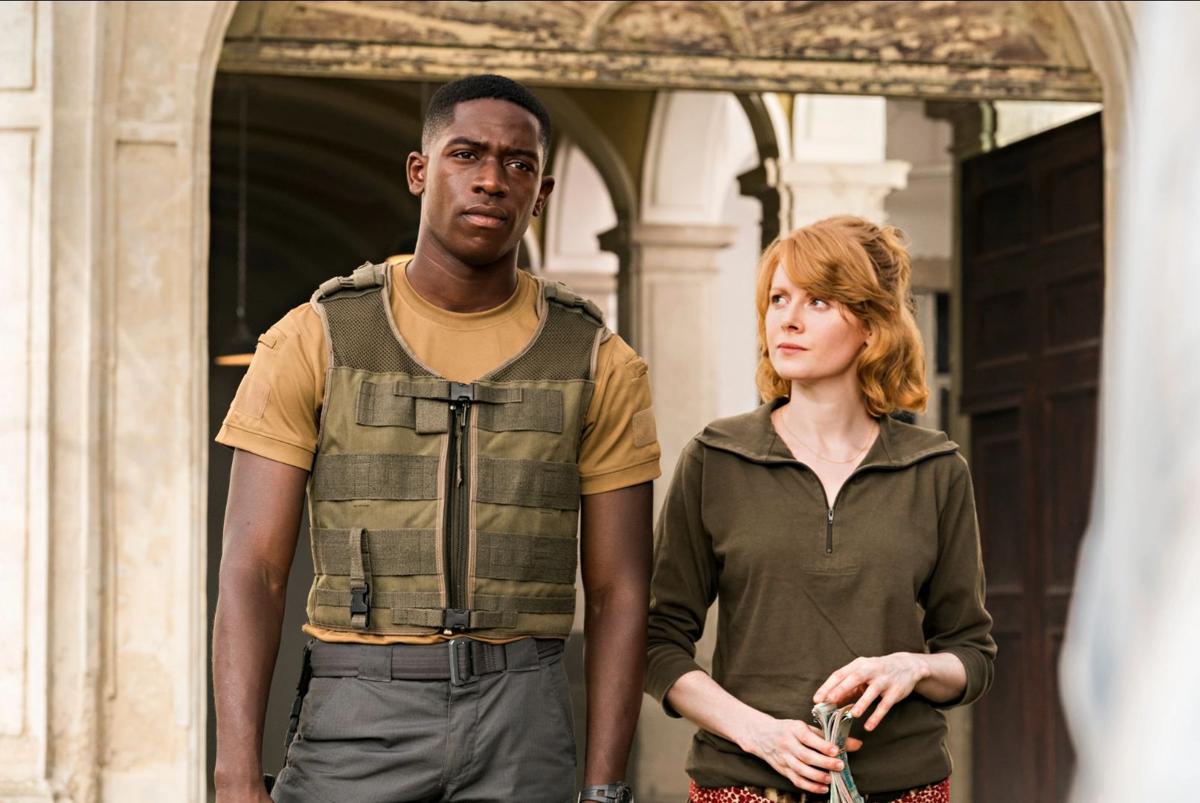 Damson Idris, left, and Emily Beecham star in "Outside the Wire," which will be released on Netflix on Friday, Jan. 15, 2021.

Anthony Mackie, left, and Damson Idris star in “Outside the Wire,” which will be released on Netflix today on Friday, Jan. 15, 2021.

Damson Idris, left, and Anthony Mackie star in "Outside the Wire."

Damson Idris, left, and Emily Beecham star in "Outside the Wire," which will be released on Netflix on Friday, Jan. 15, 2021.

Netflix’s first action flick of the new year opens with an “expletive this,” “expletive “that,” “expletive everything,” covered by a barrage of gunfire intended to bait the mindless action-movie fan on the end of their remote.

If you remember that terrible Anthony Hopkins exorcism film called “The Rite” (2011), it’s the same director. Mikael Håfström adds this one to his filmography of bargain-bin titles like “Derailed” and “1408” that you probably couldn’t give away.

“Outside the Wire” is written in action scenarios, not character development or creativity. The moment our headliner Anthony Mackie (“The Hurt Locker,” “Avengers”) takes off his shirt to reveal he’s been created by less than impressive visual effects, this dud begins to pick up “worst movie of the year” momentum.

It’s the year 2036, Eastern Europe is at war, and the United States has positioned troops to keep the peace. In this future world, wars are fought by drones and robot soldiers called Gumps.

Drone pilot Lt. Thomas Harp (Damson Idris) has disobeyed his superiors, carrying out a strike that costs two lives but saves nearly an entire unit. His punishment is field duty in a war zone with Officer Leo (Mackie). Harp is impressed by Leo’s bravery, stamina and skill, finally asking, “What are you?”

The response isn’t what he expects: “I’m a prototype, and my existence is classified.”

Their mission is to prevent the mysterious warlord Victor Koval (Pilou Asbæk) from obtaining nuclear weapons while delivering aid to the resistance.

As the script jumps from one action scene to the next, the plot unfolds like every other action flick where the world is in danger from weapons of mass destruction and only one person can stop it. The arrogant and inexperienced character of course learns from his master to rise up when the plot shifts.

“Outside the Wire” is Idris’ (“Megan Leavey”) largest role and biggest project yet. While his performance isn’t groundbreaking, that has more to do with bad writing and directing than his capabilities.

Mackie is the real disappointment, also serving as the producer, who has clearly starred in enough good and bad films to know his charisma and talent could have been better used elsewhere.

To put it simply, “Outside the Wire” is a cheap “Terminator” knockoff, where time is never spent on explaining Leo’s creation or his capabilities. Nor does the film ever manage to be about anything useful for the viewer. Instead, this two-hour pacifier for adults is poorly shot and choreographed, where the hostage scenes and fight sequences could only satisfy those unable to differentiate between good and bad cinema.

In what might be the script’s only intelligent moment, Leo explains the only reason Harp is getting a second chance in the field instead of being tried for murder is if he survives this mission the Air Force retains a pilot; if he fails, he’s a cautionary tale.

Håfström’s direction is as bland as his previous failures, turning this action flick into noise and commotion.

Final Thought: “Outside the Wire” is an off-brand “Terminator.”

How to watch: Netflix will release "Outside the Wire" on Friday.