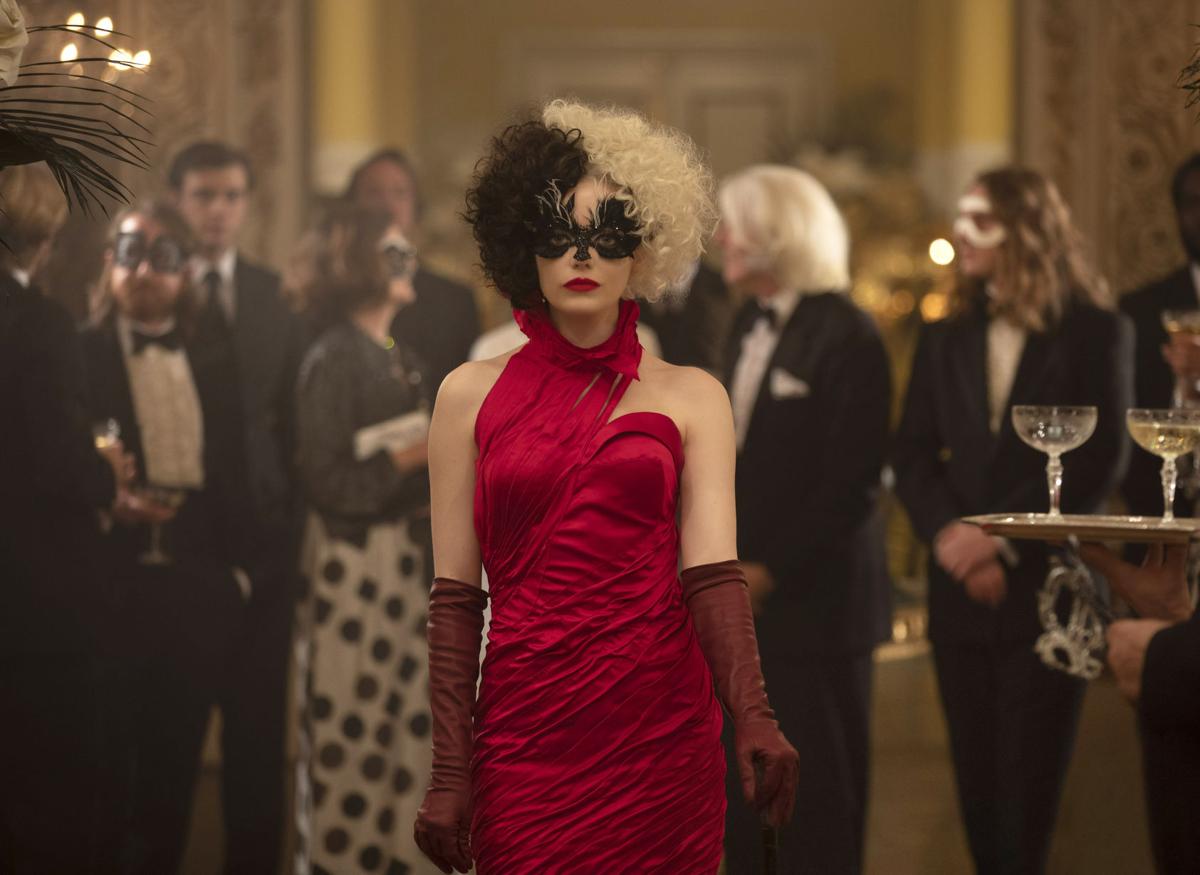 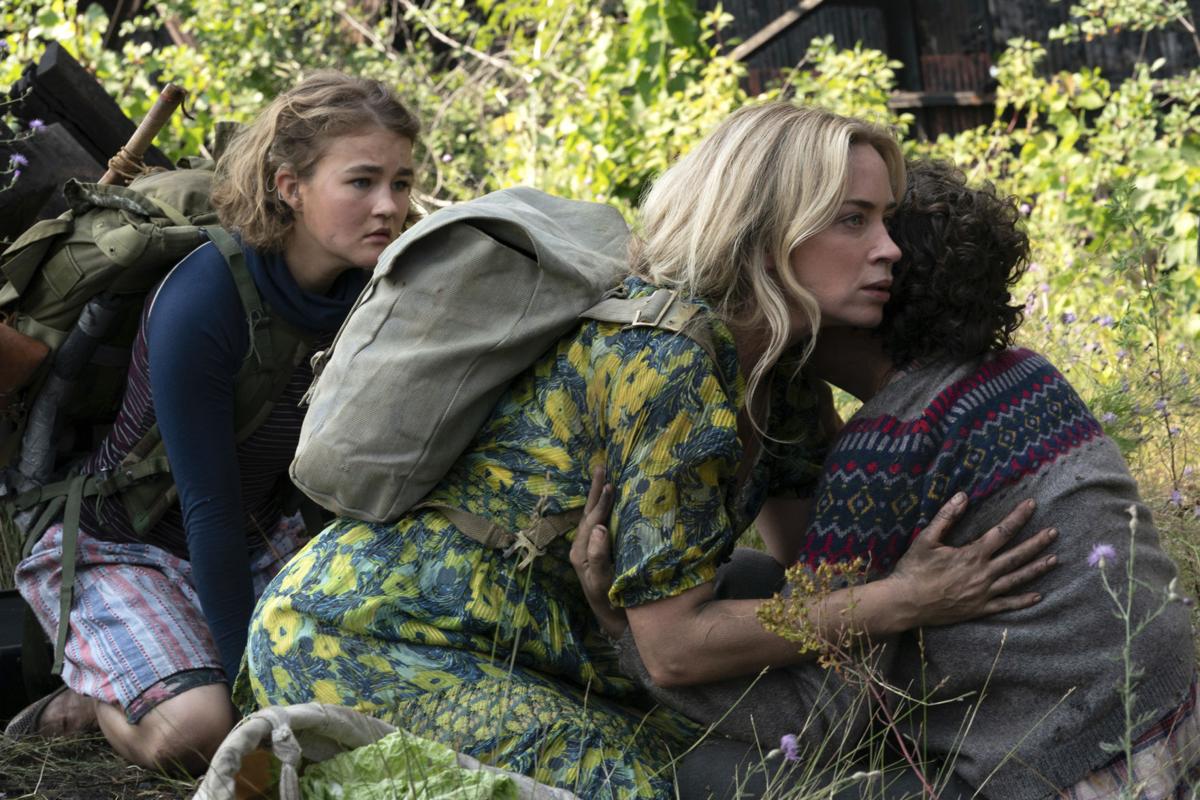 Millicent Simmonds, left, Emily Blunt and Noah Jupe star together in "A Quiet Place Part II," which was released in theaters Friday, May 28, 2021. 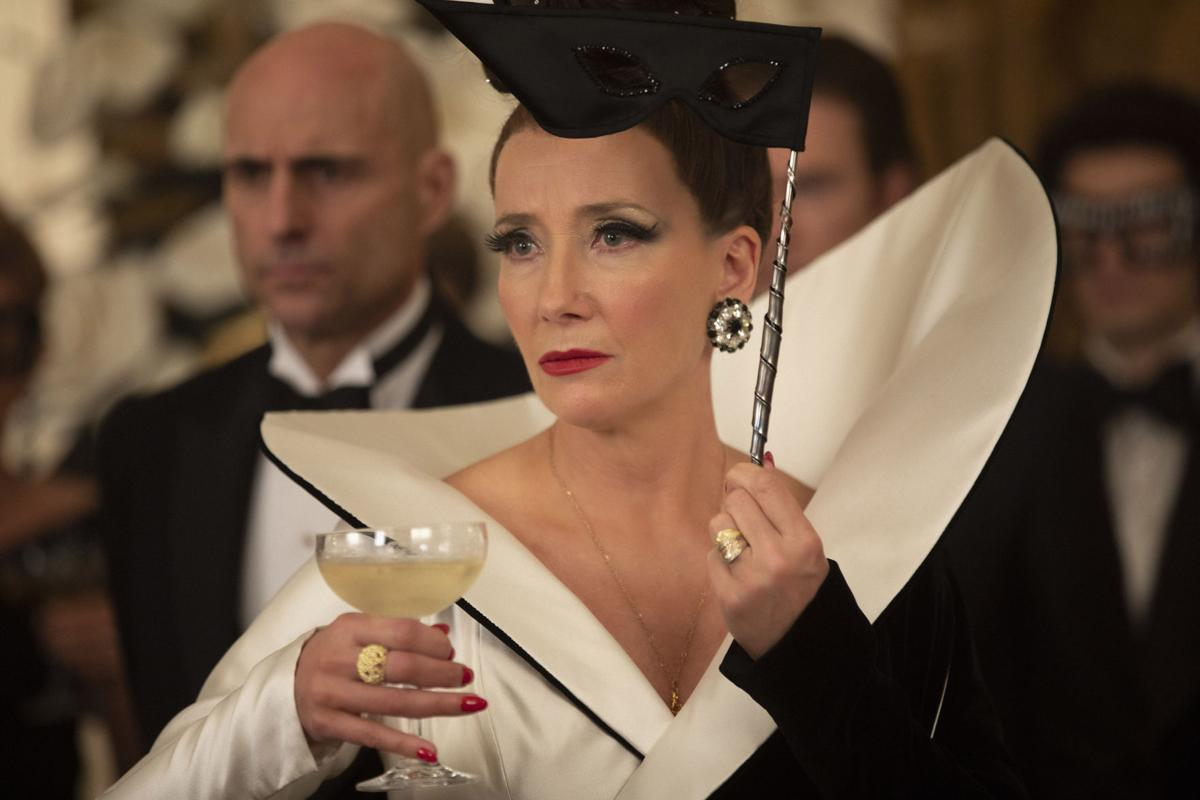 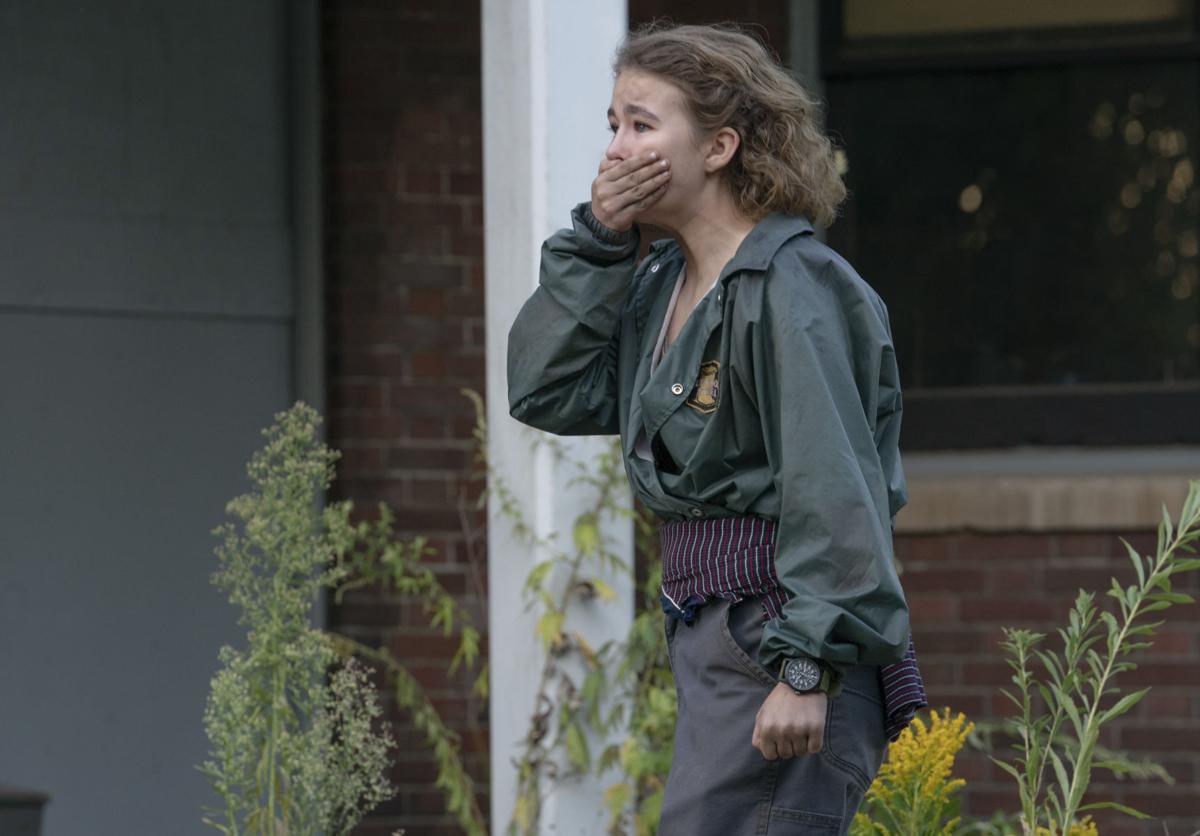 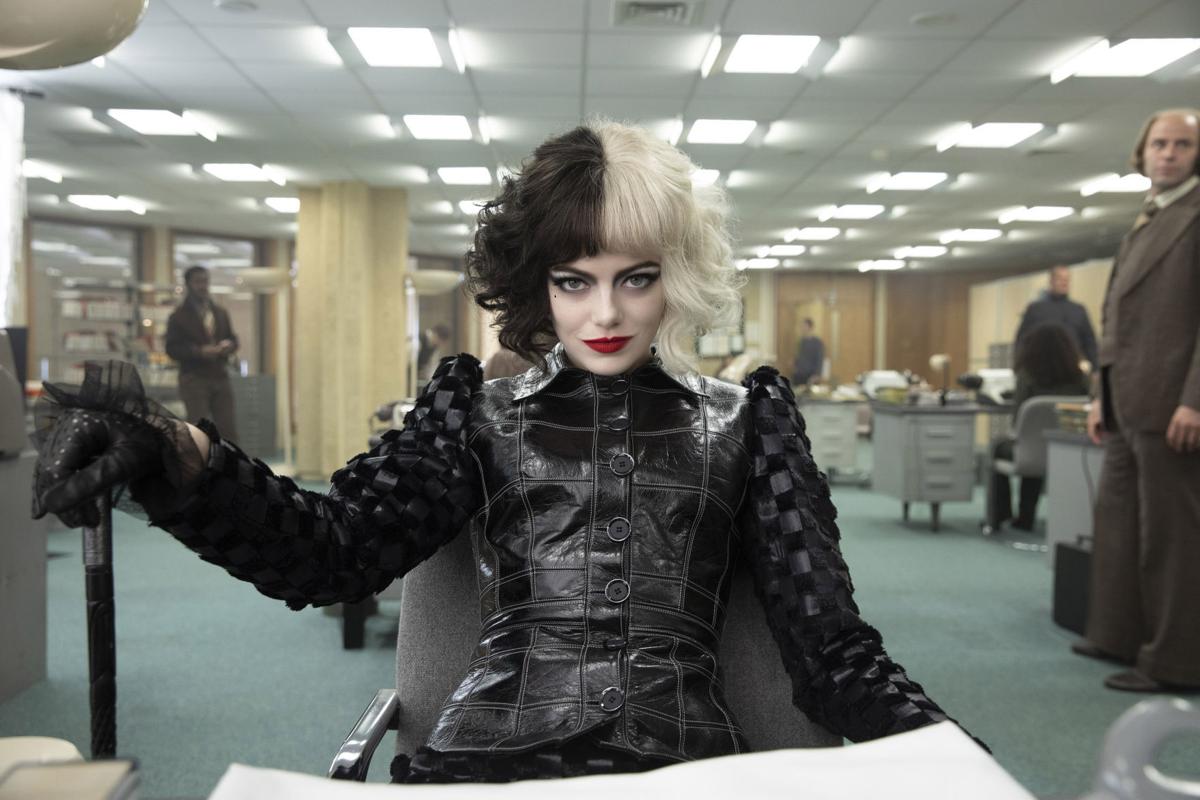 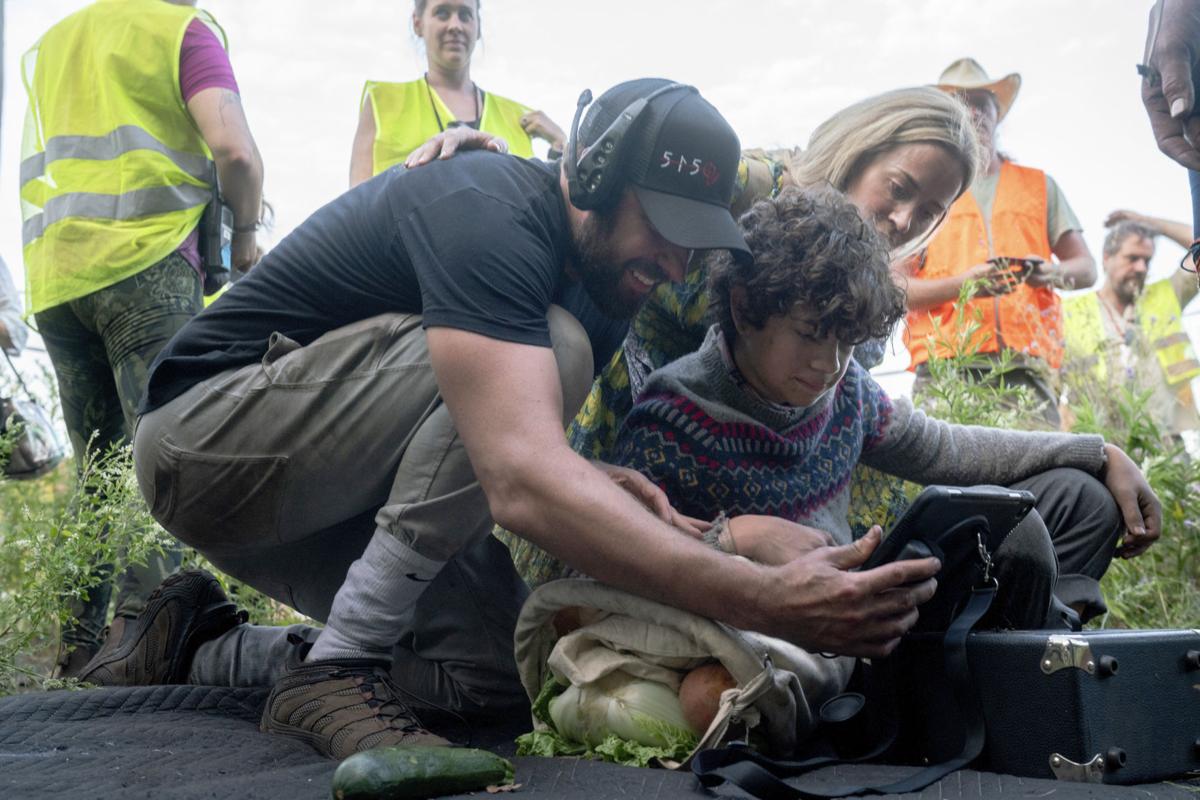 Director John Krasinski, left, Noah Jupe and Emily Blunt sit next to each other on the set of "A Quiet Place Part II." The film was released in theaters Friday, May 28, 2021.

Millicent Simmonds, left, Emily Blunt and Noah Jupe star together in "A Quiet Place Part II," which was released in theaters Friday, May 28, 2021.

Director John Krasinski, left, Noah Jupe and Emily Blunt sit next to each other on the set of "A Quiet Place Part II." The film was released in theaters Friday, May 28, 2021.

Disney takes the “Joker” route with “Cruella;” while the long-awaited “A Quiet Place Part II” lives up to its predecessor.

The movie studios' gamble of holding off releasing these two films proves worth the wait. While "Cruella" will be available in theaters and on Disney+, the horror sequel will only show in theaters, now that most have reopened.

Director Craig Gillespie (“I Tonya,” “Lars and the Real Girl”) follows the framework of “Joker,” showing us the origins and misunderstandings of a villain we thought we knew.

Of course, "Cruella" is PG-13 (only the second live-action reboot to garner that rating), but it’s blissfully darker than you might expect. Oscar-winner Emma Stone ("La La Land," “The Favourite”) is the title character, having the time of her life on screen with wicked laughs, sarcasm and award-worthy costumes.

It’s Oscar-winner Emma Thompson (“Harry Potter,” “Nanny McPhee”), however, as The Baroness who steals the show. Paul Walter Hauser (“I Tonya,” “Richard Jewell”) does an excellent job with his British accent and turns the forgettable henchman Horace into something quite memorable.

Stone and Thompson revive Meryl Streep and Anne Hathaway's sinister camaaderie from “The Devil Wears Prada.” In fact, a huge portion of the film revolves around the cutthroat fashion design industry in the ’70s.

"Cruella" seems less like a copycat version and more of an inspired-by version of "Prada." This screenplay also gets credit for doing different things with the wicked stepmother trope Disney is so famous for, although the orphan theme remains intact.

Fans of “101 Dalmatians” will get a kick out of how “Cruella” explains elements we never thought to question: Why is her last name DeVille, Why is she so fascinated by dalmatians, and where did Jasper and Horace come from?

“Cruella” still offers themes beneficial to young audiences (your goth teen finally has a Disney movie), however, this isn’t your normal Disney flick, and bravo to the notoriously family friendly studio for trying something very different.

The highly anticipated sequel has been holding out for theaters to reopen since March 2020 when it was originally scheduled to debut. It’s worth the wait as John Krasinski brings us Part II of “A Quiet Place,” picking up right after his wife and star Emily Blunt cocks that shotgun before the closing credits of the 2018 film.

Watching these actors perform such intense and emotional scenes with no dialogue, in extreme close up, reminds you of how brilliant the setup is. “A Quiet Place Part II”, focuses more on daughter Regen (Millicent Simmonds) and son Marcus (Noah Jupe), and both of the young actors deliver here.

“Part II” manages that rare feat of being equally as impressive as the original. While some might give the sequel more credit, it’s also fair to point out the budget was much larger this time, success was practically built-in.

Krasinski is certainly more trained as a director this time around, allowing himself more freedom to experiment as the story moves around physically more than the previous film. He finds creative ways to take us back to the first film, offering new information that also works as a refresher. Marco Beltrami returns as the composer and his memorable score on the first one is further improved here.

The budget allows for more closeups on the monsters and more monster stuff in general. The suspense is greater and the circumstances higher, meaning you need to prepare your body for this experience. Krasinki and team maintain your attention so well that the 97-minute film zooms by. He rarely gives the audience or the characters a chance to catch their breath.

How to watch: "Cruella" was released in theaters Friday and on Disney+ with Premier Access.

How to watch: "A Quiet Place Part II" was released in theaters Friday.