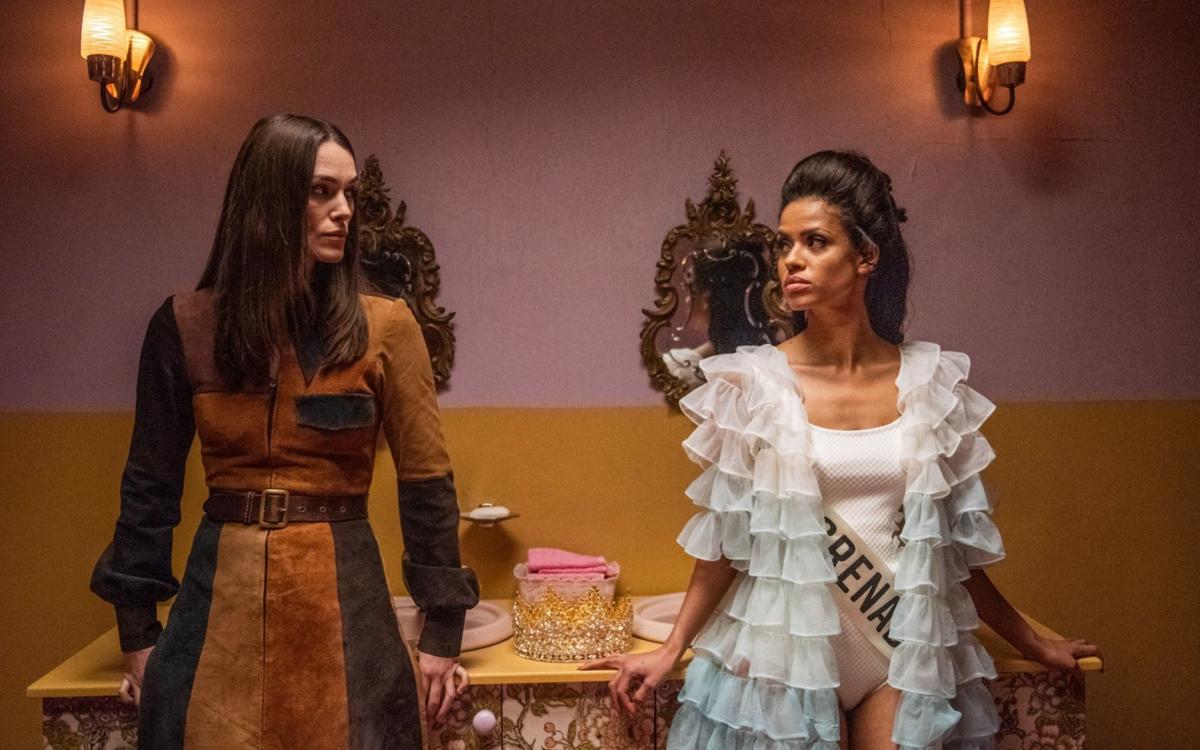 Keira Knightley and Gugu Mbatha-Raw star in “Misbehaviour,” which will be released on iTunes and Amazon Video on Friday. 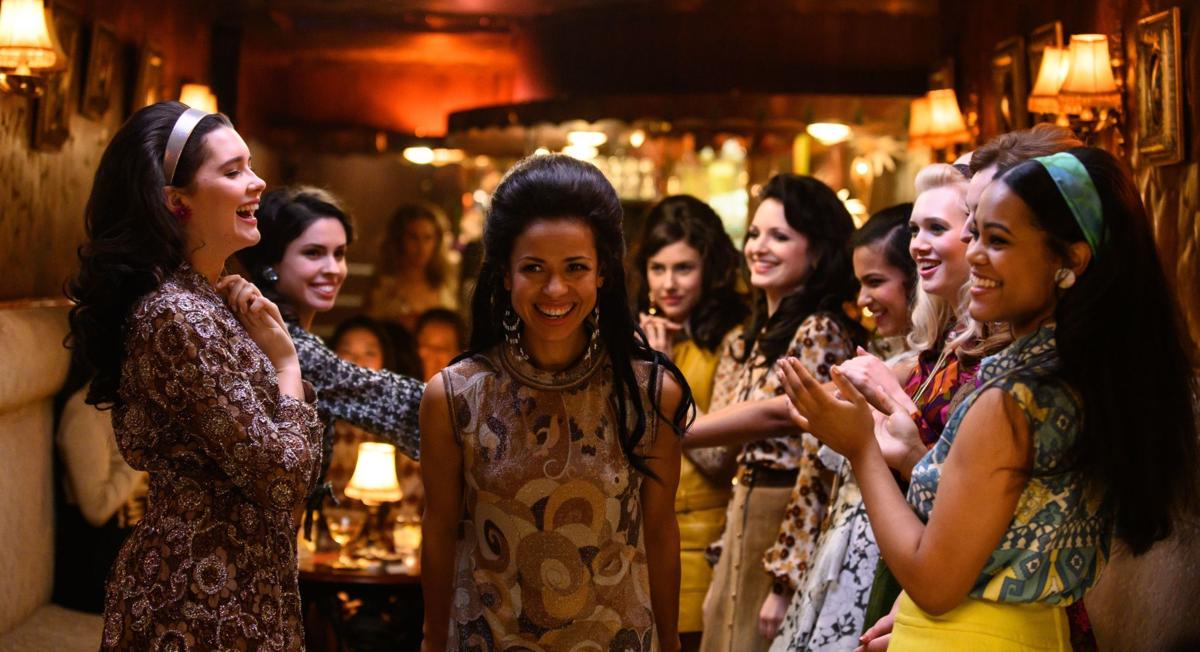 Keira Knightley, Gugu Mbatha-Raw, Jessie Buckley, Rhys Ifans, Greg Kinnear, Leslie Manville and Keeley Hawes all star together in "Misbehavior," which will be released on iTunes and Amazon Video on Friday, September 25, 2020.

Keira Knightley and Gugu Mbatha-Raw star in “Misbehaviour,” which will be released on iTunes and Amazon Video on Friday.

Keira Knightley, Gugu Mbatha-Raw, Jessie Buckley, Rhys Ifans, Greg Kinnear, Leslie Manville and Keeley Hawes all star together in "Misbehavior," which will be released on iTunes and Amazon Video on Friday, September 25, 2020.

“Misbehaviour” tackles a large portion of London’s women’s liberation movement of the early ‘70s, beginning with a scrappy group that infiltrated the Miss World Pageant in 1970.

Screenwriters Rebecca Frayn and Gaby Chiappe give so many of the characters their own point of view moments, that sometimes it’s unclear exactly whose story is being told here. Television director Philippa Lowthorpe presents the story in segments, as if the audience is binge-watching.

Still, the superb cast, led by Oscar-nominee Keira Knightley and the remarkable Gugu Mbatha-Raw (“Belle”) captivates us even when the narrative gets obvious and dull. Oscar-nominee Greg Kinnear as Bob Hope is a unique casting choice. He and the always dedicated Rhys Ifans amount to the villains of the story, simply because they can’t find their way out of “this is how things have always been done” territory.

Sally Alexander (Knightley) has just been accepted to study at University College London. She’s divorced, raising a child and has fought hard for her seat at the man’s table. She will put it all at risk. For Jo Robinson (Jessie Buckley), it’s the chance she has been waiting for, to make an extremely loud, messy, public demonstration.

Jennifer Hosten (Mbatha-Raw), the Miss World representative from Grenada, and many other contestants realize their shot at winning the extremely white biased title is slim to none, but even getting to a London stage is farther than those before them even dreamed.

It’s that continued hope that this will be the moment of change. As these three women’s lives intersect, they come to realize their goals are often at conflict with one another’s motives.

“If you don’t fight, you get the world you get,” a quote from the film that resonates in today’s climate.

Two different scenes in “Misbehaviour” illuminate the juxtaposition of the women’s liberation movement and elevate the screenplay beyond simply the fictional retelling of true events. The first occurs when Sally verbally pushes her mother to understand why she is risking everything to protest for this movement. Her mother (Phyllis Logan), loses her calm demeanor, pushing back with the other side of the argument.

This scene illustrates in one conversation, the generational differences and opportunities each woman faced. The other scene is arguably the climax of the film, no doubt an imagined scene between “the protester” and the crowned Miss World. Again, “Misbehaviour” highlights how different characters strive for respect, equality and liberation in different ways.

Oscar-nominee Lesley Manville playing Bob Hope’s disenfranchised wife, Dolores, lands the only chuckle of the film, as she watches the events of the pageant play out on live TV.

The emotional part of “Misbehaviour” occurs as each actor stares into the camera, and their living counterpart stares back. We are updated on what happened to these women 40 years later.

The costumes, especially those worn by Knightley are quite memorable, hats off to designer Charlotte Walter. The editing room is where the film struggles most, assembling all of these characters’ stories into one coherent narrative was barely achieved.