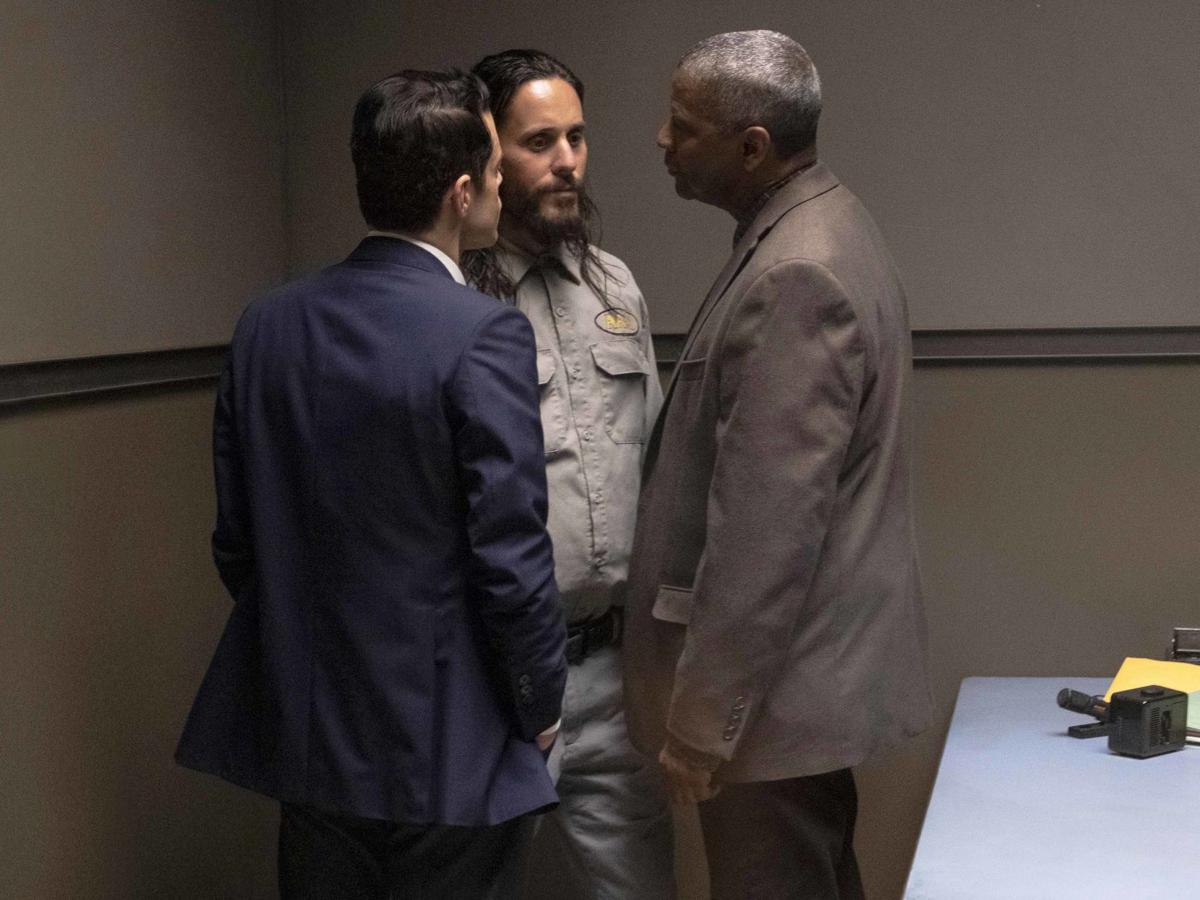 Rami Malek, left, Jared Leto and Denzel Washington star together in “The Little Things,” which is playing on HBO Max. 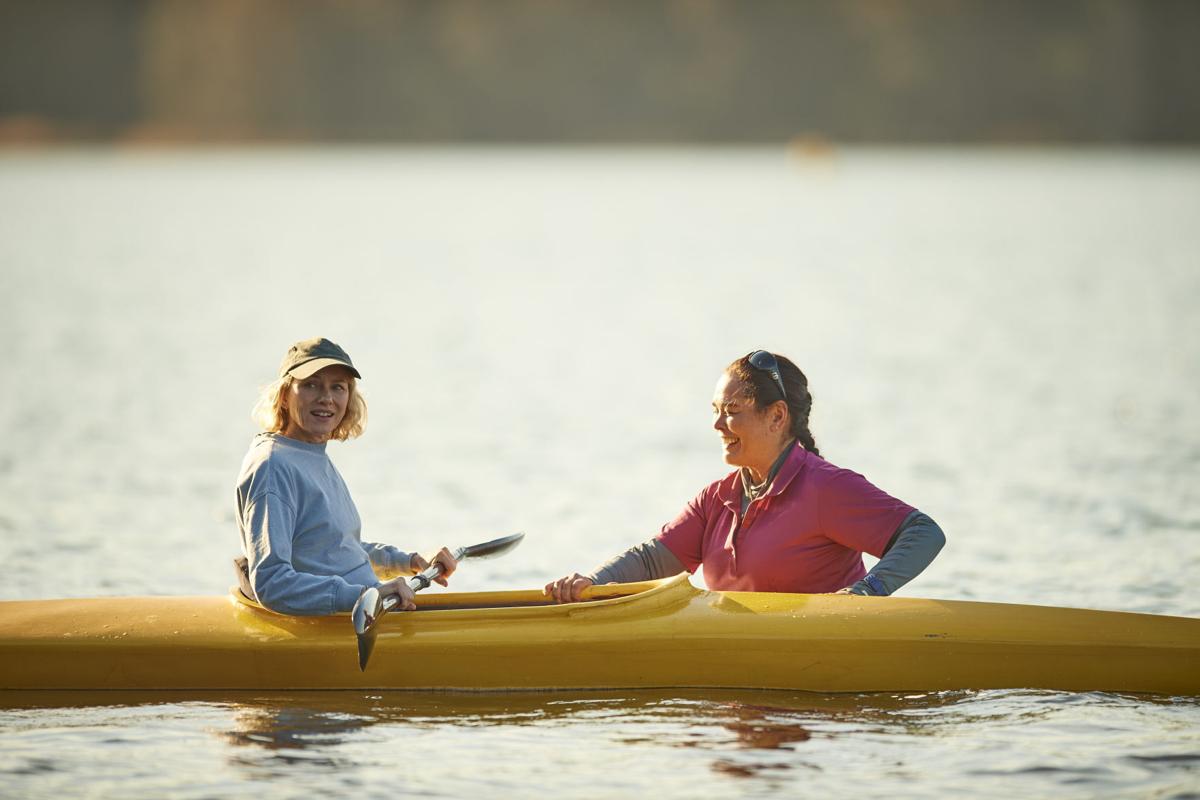 Naomi Watts, left, and Rachel House star in “Penguin Bloom,” which is playing on Netflix. 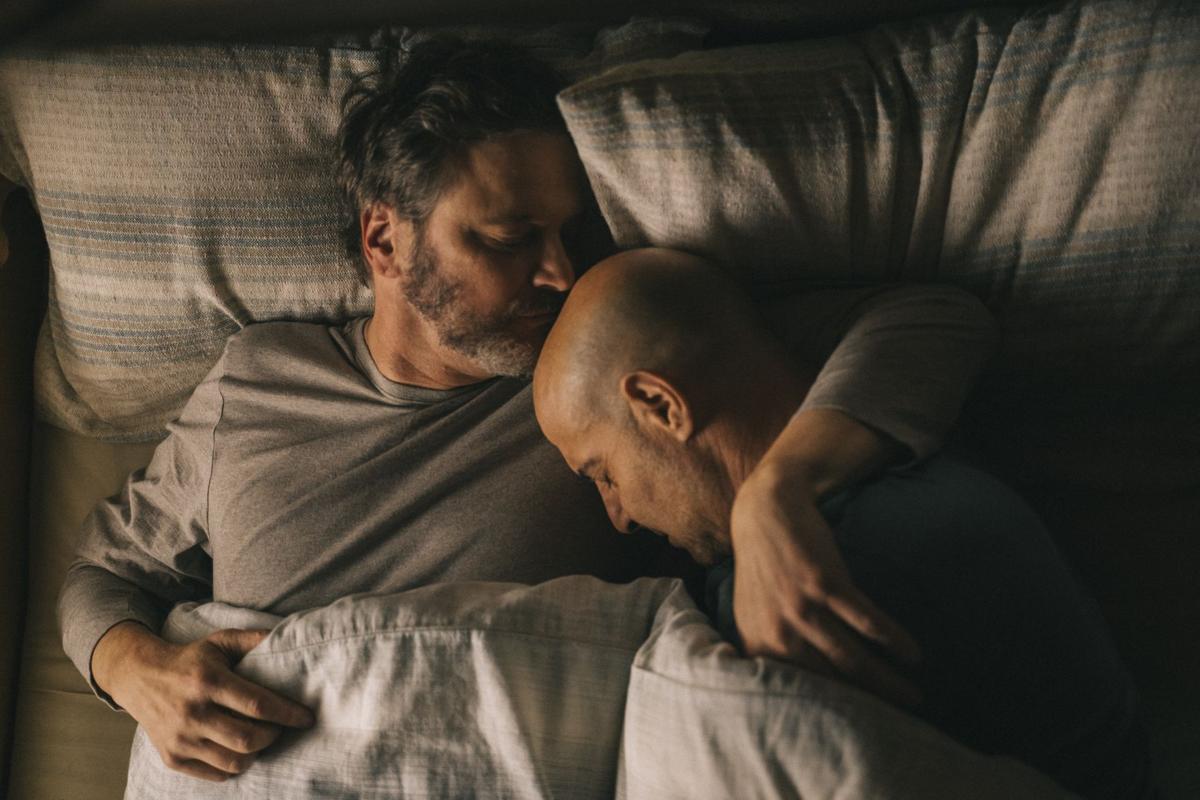 Colin Firth, left, and Stanley Tucci star in “Supernova,” which is playing in theaters and will be available on premium video on demand on Tuesday, Feb. 16, 2021. 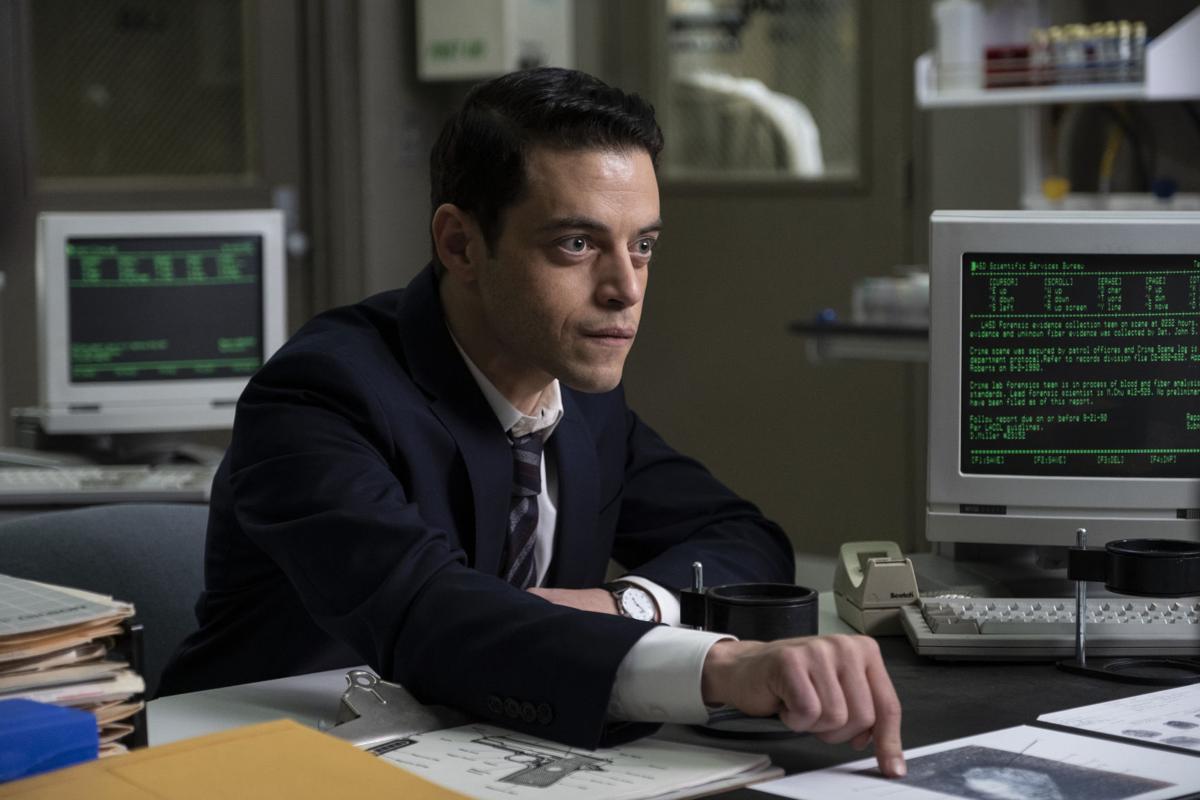 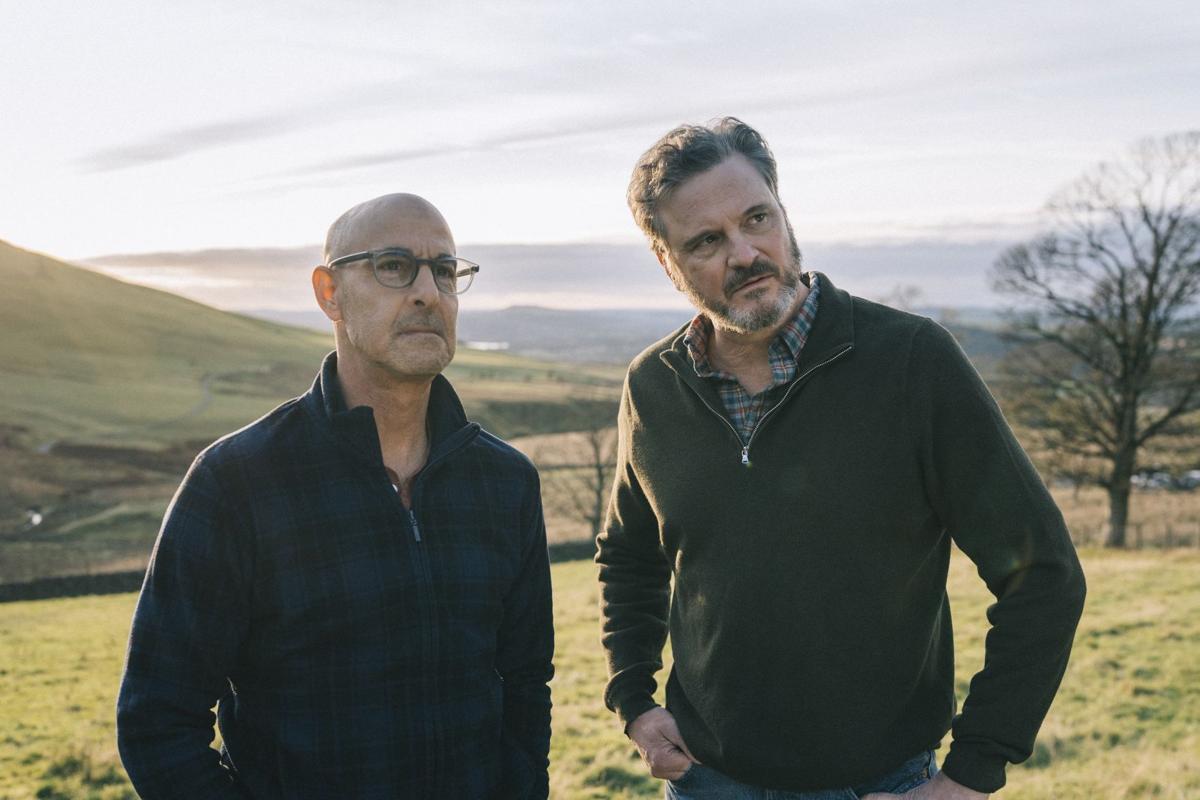 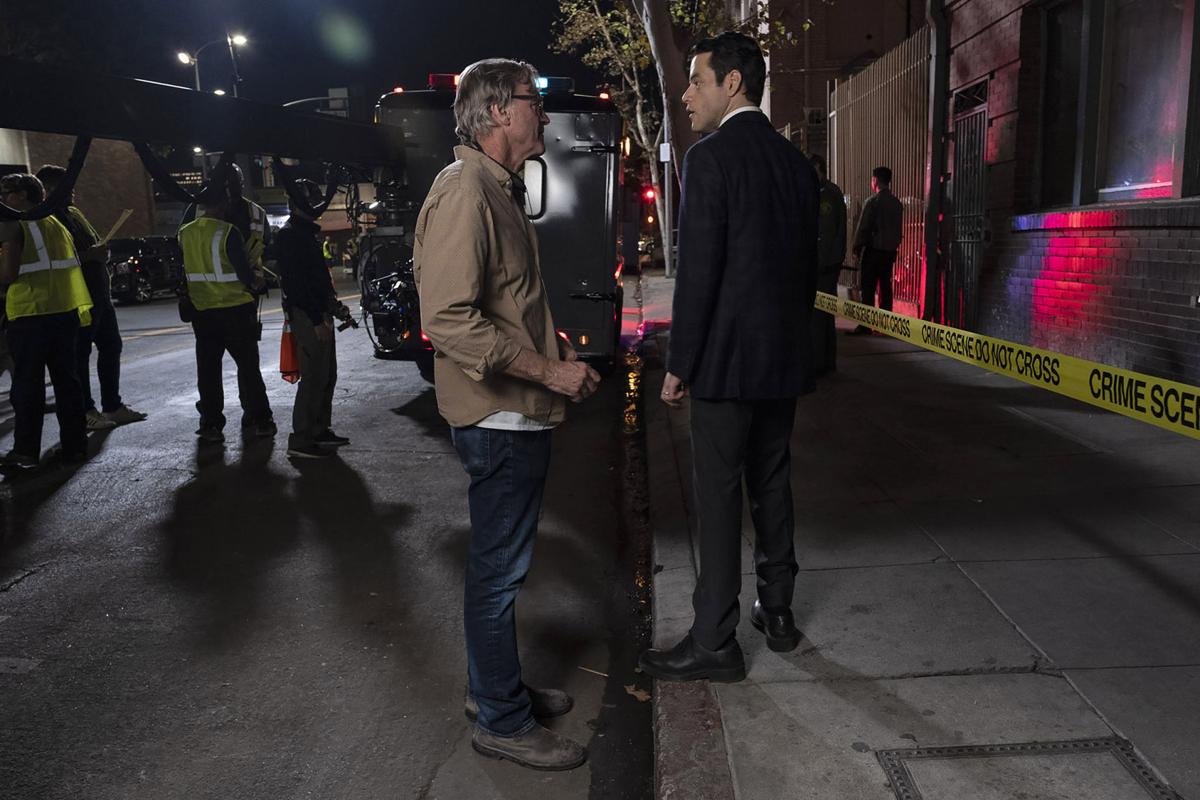 Director/writer/producer John Lee Hancock, center, and Rami Malek talk on the set of "The Little Things." The film is playing on HBO Max. 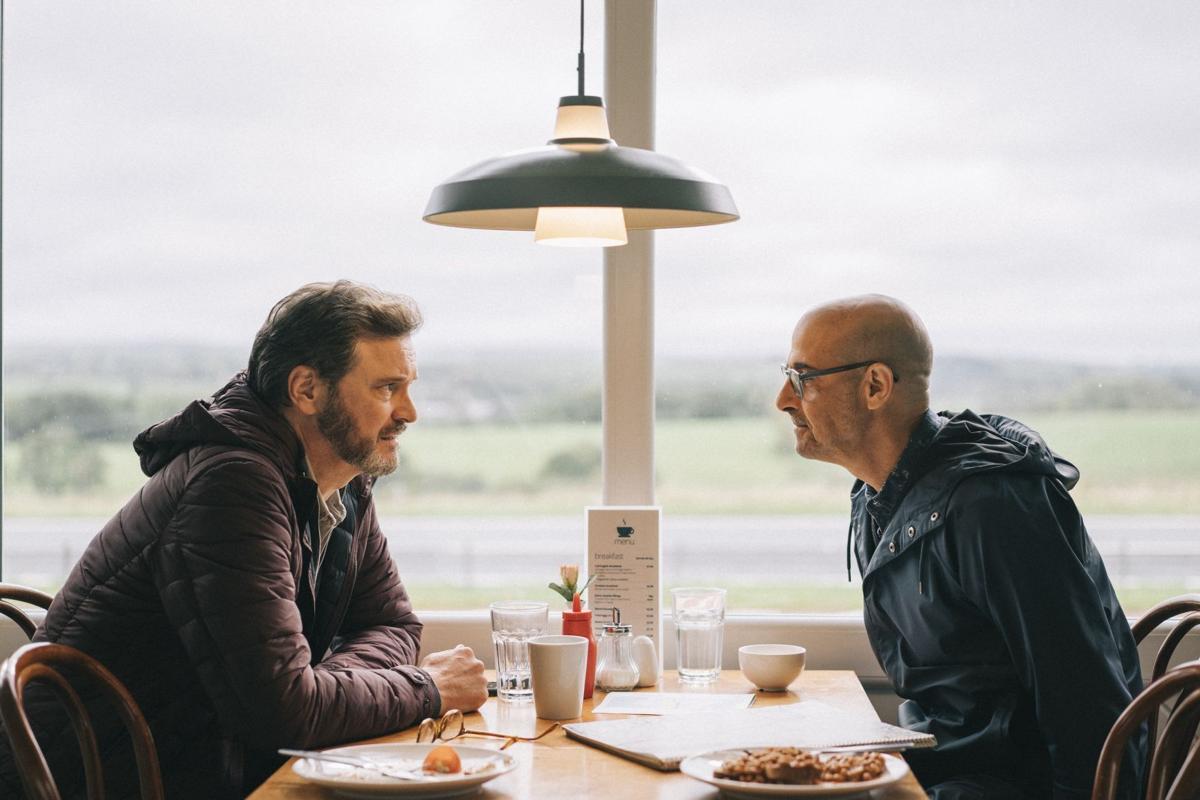 Colin Firth, left, and Stanley Tucci star together in "Supernova," which is playing in theaters and will be available on premium video on demand on Tuesday, Feb. 16, 2021.

Rami Malek, left, Jared Leto and Denzel Washington star together in “The Little Things,” which is playing on HBO Max.

Naomi Watts, left, and Rachel House star in “Penguin Bloom,” which is playing on Netflix.

Colin Firth, left, and Stanley Tucci star in “Supernova,” which is playing in theaters and will be available on premium video on demand on Tuesday, Feb. 16, 2021.

Director/writer/producer John Lee Hancock, center, and Rami Malek talk on the set of "The Little Things." The film is playing on HBO Max.

Colin Firth, left, and Stanley Tucci star together in "Supernova," which is playing in theaters and will be available on premium video on demand on Tuesday, Feb. 16, 2021.

January is typically the month for studios to unload films they couldn’t find a release date for the previous year or bad ones they want to quickly cut losses on in the new year.

Usually, this consists of cheap horror movies (“The Grudge” reboot last year), unfunny comedies (Tiffany Haddish’s “Like a Boss”) or sequels no one asked for (“Bad Boys for Life”). With the 2020 awards season pushed into early spring because of the pandemic, however, there are still great films debuting, some that are even worth altering that Top Ten list.

BIG SUSPENSE IN ‘THE LITTLE THINGS’

First up this week is the crime mystery “The Little Things” starring Oscar winners Denzel Washington, Rami Malek and Jared Leto. It’s a more sinister departure for director John Lee Hancock, who brought us movies like “The Blind Side,” and a bit more like his Kevin Costner cop flick “The Highwaymen.”

“The Little Things” is a slow-burn type of thriller, demanding your attention to all the little details and analyzing every word. So if you are expecting violent shoot-outs, car chases and surprise endings, you’ve got the wrong movie.

The performances are key to the film’s success. Washington is Joe Deacon, a demoted detective who can’t let go of past failures. A slightly different role for him despite it being the usual Denzel character, the man who has all the answers.

If not for the coronavirus pandemic, Malek would have been following up his villainous role in the new James Bond film with this one as the good guy, slick Detective Jim Baxter. Baxter is frantically trying to solve a string of murders that seem to mirror the unsolved case that pushed Deacon away.

As the old and new join forces, their lead suspect becomes a local repairman with a funny walk and a calm demeanor. Albert Sparma (Leto) knows more about the victims and the case than the detectives. Knowing there is zero evidence to connect him with the murders of the young women, Sparma toys with and taunts the police.

Like a good mystery, “The Little Things” isn’t interested in passive viewing, inviting us to start guessing who did what. One element in this genre that encompasses smart writing and filmmaking is making the viewer think each of the main and supporting characters is the killer at various points.

What holds “The Little Things” back from greatness is how it borrows from superior films in the same genre. Deacon’s investigative techniques are much like Al Pacino’s in “Insomnia.” The unnerving filmmaking style is reminiscent of “Prisoners” and Leto’s scene-stealing performance pushes this film into “Nocturnal Animals” territory.

HEALING AND DISABILITY THE FOCUS OF ‘PENGUIN BLOOM’

“Everything was perfect until last year happened,” is an extremely ironic line to begin a film with this year. “Penguin Bloom” is the true story of Australian native Samantha Bloom (Naomi Watts), who was tragically paralyzed on a vacation in Thailand.

Losing all motor functions below her “bra strap” as she describes it, the active, sporty mother of three also loses her will to live. Her eldest son finds an injured and abandoned magpie bird (considered one of the most intelligent animals in the world) on a nearby beach and begs to take care of it, removing some of the attention away from mom, who is falling apart.

Watts gives one of her best performances in years as she takes us through Sam’s struggles, which often include anger and self-pity. “Penguin Bloom” focuses on the feelings of loss and isolation the mother has when, for example, the youngest boys get food poisoning in the middle of the night and yell for ... their dad.

“Penguin Bloom” is a story of inspiration and finding the will to live through the most unlikely of sources. Glendyn Ivin is one of Australian television’s most praised directors and continually steers this film away from cliches and stereotypes. It also stars Oscar-nominee Jacki Weaver as the pushy mother and Rachel House (“Hunt for the Wilderpeople”).

“Supernova” has the disadvantage of debuting in the same year as the soon-to-be-Oscar-nominated film “The Father” starring Sir Anthony Hopkins. Both films revolve around debilitating Alzheimer’s disease, only “Supernova” isn’t full of innovative camera work and some of the best performances of the year.

This isn’t to say that Colin Firth and Stanley Tucci’s performances as a devoted couple going on one last road trip aren’t strong. They are. It’s just that they are not on the same level in this picture as Hopkins and Olivia Colman (“The Favourite,” “The Crown”) are in theirs.

“Supernova” is a more serious version of “The Leisure Seeker,” when Helen Mirren and Donald Sutherland went for their last ride in an old RV.

Firth lands a more genuine performance playing Sam, compared to his recent work. Sam is the one struggling to cope with his husband’s gradual decline and eventual aloneness. It’s Tucci as Tusker who you will remember, yelling at the GPS voice, calling it Margaret Thatcher and The Iron Lady.

Tucci is ideally cast for the role, and that also might be the problem because it all feels a bit familiar. “Supernova” isn’t without merit though, with a unique perspective and potent lines, such as: “Being sad something is gone just means it was great while it was there.”

How to watch: "The Little Things" is playing on HBO Max.

How to watch: "Penguin Bloom" is playing on Netflix.

How to watch: "Supernova" is playing in theaters, and it will be available on premium video on demand on Tuesday, Feb. 16.

Thanks Dustin! I always enjoy your perspective!