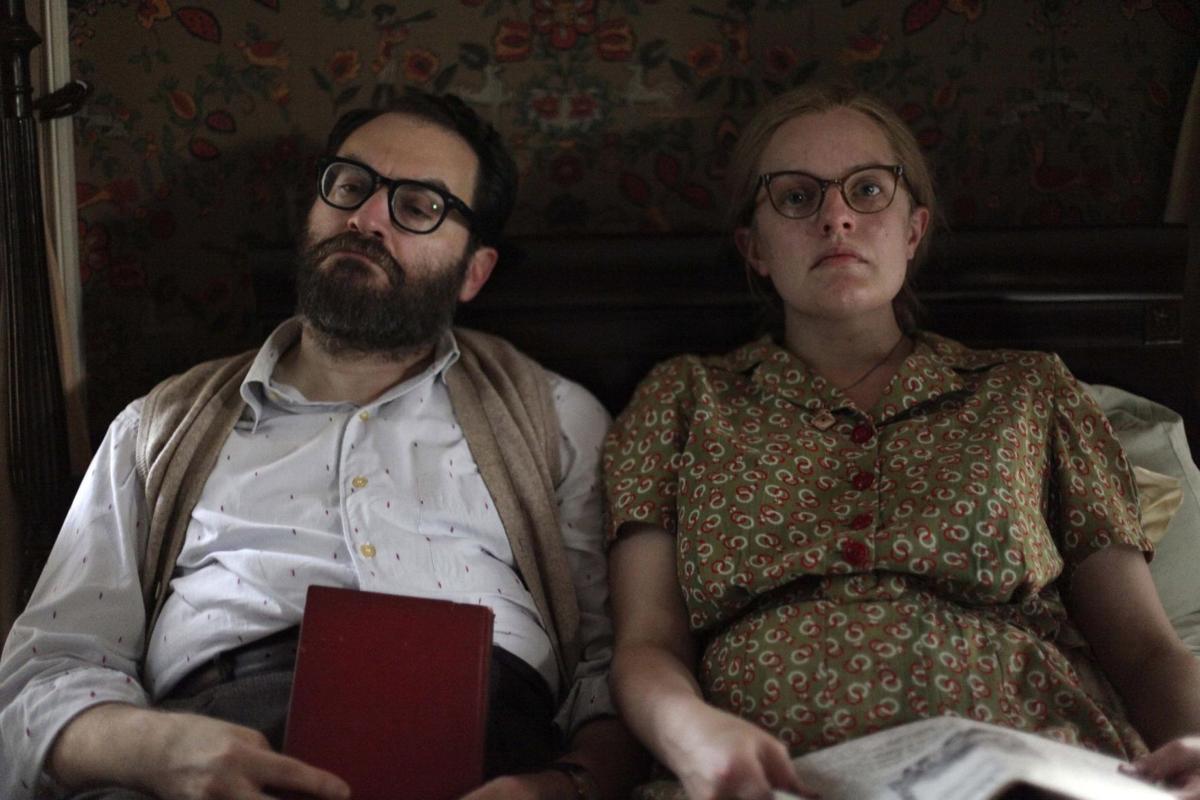 Michael Stuhlbarg, left, and Elisabeth Moss perform together in “Shirley,” which is available on video on demand today. 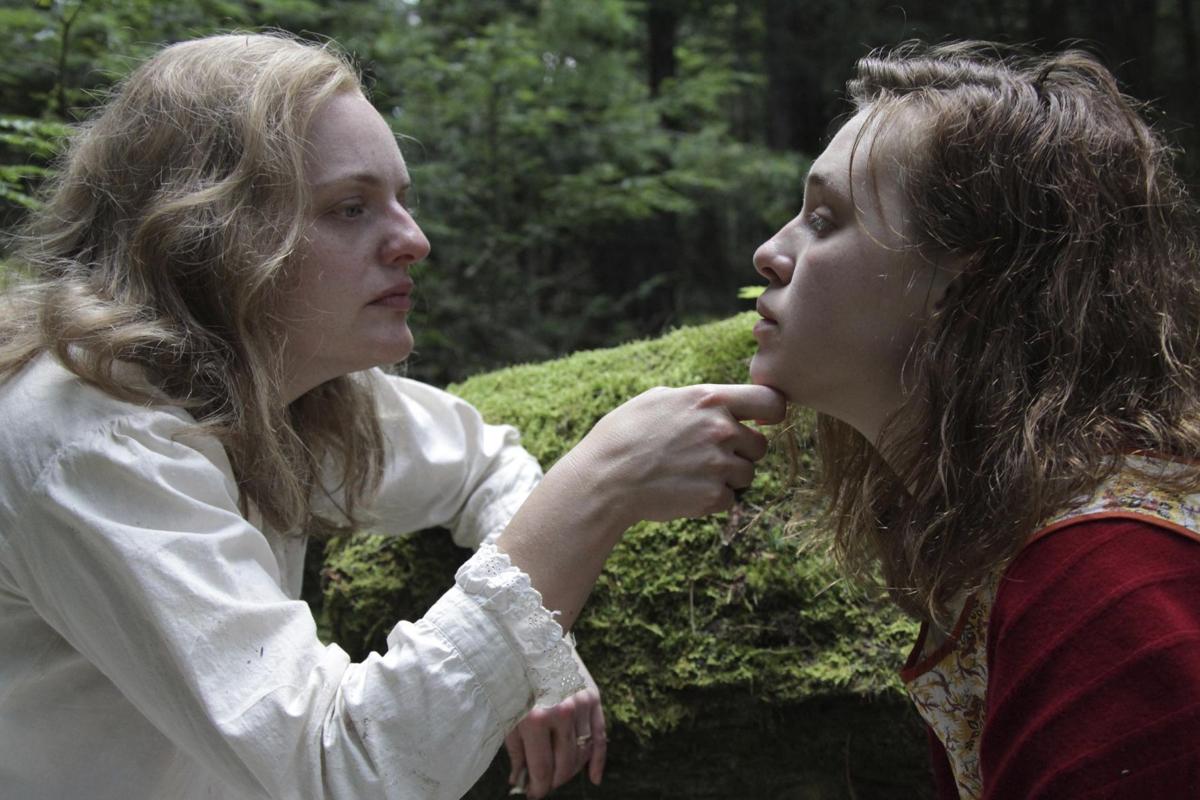 Elisabeth Moss, left, and Odessa Young star together in "Shirley." 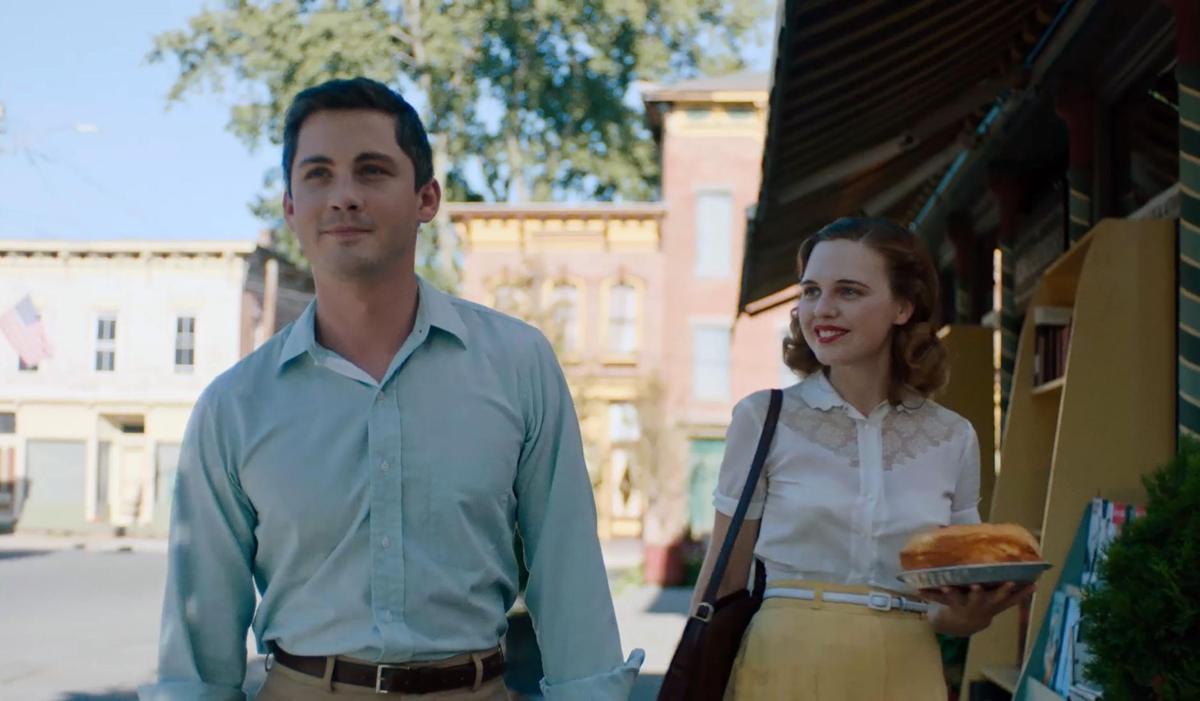 Logan Lerman, left, and Odessa Young perform together in "Shirley," which is available on video on demand on Friday, June 5, 2020.

Michael Stuhlbarg, left, and Elisabeth Moss perform together in “Shirley,” which is available on video on demand today.

Elisabeth Moss, left, and Odessa Young star together in "Shirley."

Logan Lerman, left, and Odessa Young perform together in "Shirley," which is available on video on demand on Friday, June 5, 2020.

“Shirley” is an unsettling biography focused on the reclusive American writer Shirley Jackson.

Elisabeth Moss portrays Jackson before she penned her most well-known work, “The Haunting of Hill House.” Moss’ performance also happens to be the year’s first opportunity to talk Oscar potential.

Josephine Decker’s film based on Susan Scarf Merrell’s novel isn’t a horror movie, nor is it suspenseful as the trailer suggests. It’s more of an acting vehicle for Moss than an exploration of Jackson’s work.

While an abrasive, reclusive, somewhat demented writer isn’t within itself a novel concept for character focus, what Moss does with the performance is quite impressive. “The Handmaiden” star’s trajectory on film has primed her for the right performance to land an Oscar nomination and, five months in, she certainly stakes a claim.

Michael Stuhlbarg too is quite good, again playing an adored professor, but a couple of scenes dispel any comparisons with his “Call Me by Your Name” role.

Fred hopes his friendship with Hyman will lead to a more permanent position at the local college. Stanley kindly asks that in turn for staying at their house that Rose looks in on Shirley as she feverishly works on her first novel. A hermit with violent mood swings stemming from alcohol and nicotine, Rose initially becomes her sounding board.

Her relationship with Shirley begins with fear and slowly the two women develop a bond out of the deceitfulness shared by their husbands. Rose also finds herself drawn into Shirley’s dark story of a local woman who has disappeared.

“Shirley” is a mystery, folk horror in some scenes, but it’s not a story about a missing girl. It’s more about the unravelling of eccentric characters. Some audiences might resent the increasing tension that evaporates without much in the way of a satisfying resolution.

“Shirley” allows Moss to channel the wild energy performances in “Her Smell,” “Us” and “The Kitchen” into something more substantial. Looking at this art film from outside of any genre expectations, you might enjoy it more, or maybe not.

Moss’ performance is at its best when she’s quiet, lurking around the room with only her eyes and an unpredictable expression. In fact, it’s the unpredictable nature of the entire screenplay that keeps the audience’s attention. We wait with great anticipation to see just how awful Shirley’s behavior will get.

The sweaty summer atmosphere of rural Vermont in the 1950s, shadowy interiors and bold warm colors all aid in Moss’ performance and keeping the audience anticipating something devastating. Dark underlying humor are the only bright spots you will find in a story that feels part “X-Files” and part “August: Osage County.”

Second viewings would likely provide more depth to the story, but “Shirley” isn’t exactly the type of movie that welcomes a second visit. Young and Lerman (“End of Sentence”) do little to elevate the film on their own, grinding the pace to a near halt when Stahlberg and Moss are off screen.

Final Thought: Obtuse and erratic, “Shirley” is an uncomfortable sit, but Moss’ performance as the elusive writer is compelling.