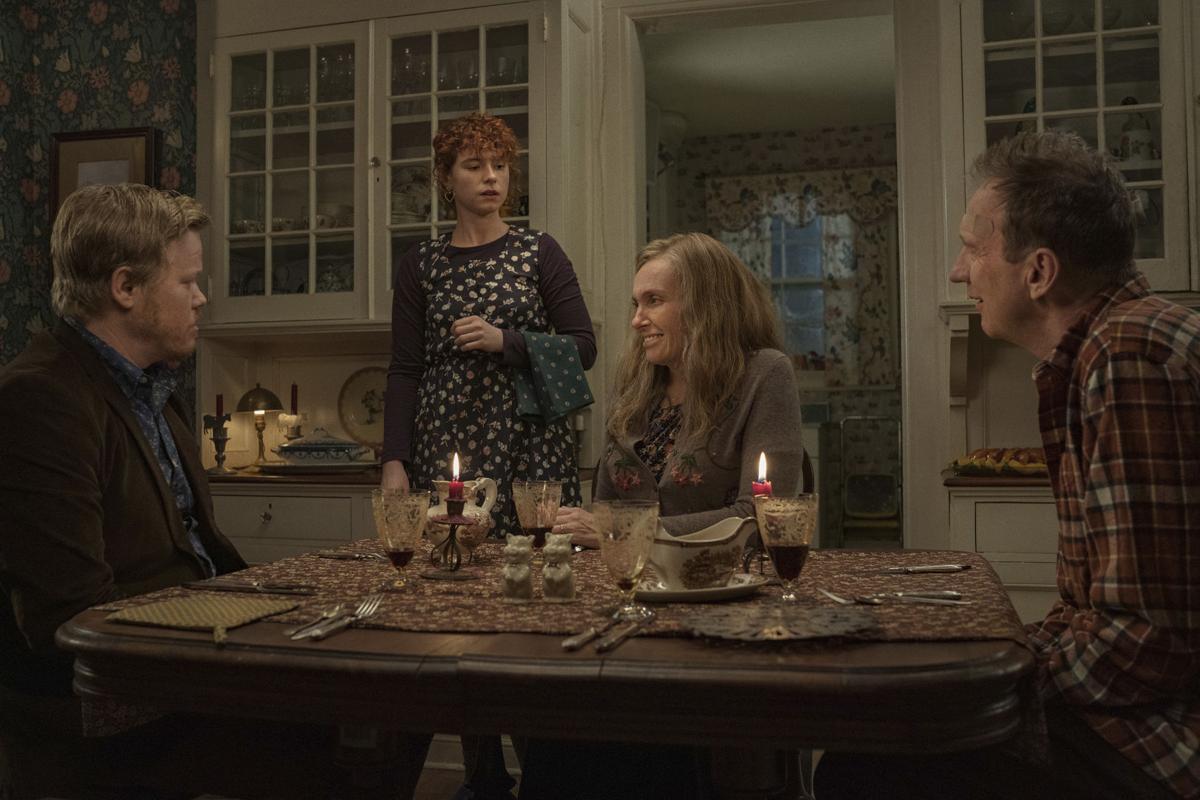 Jesse Plemons, from left, Jessie Buckley, Toni Collette and David Thewlis star in "I'm Thinking of Ending Things," which will debut on Netflix on Friday, Sept. 4, 2020. 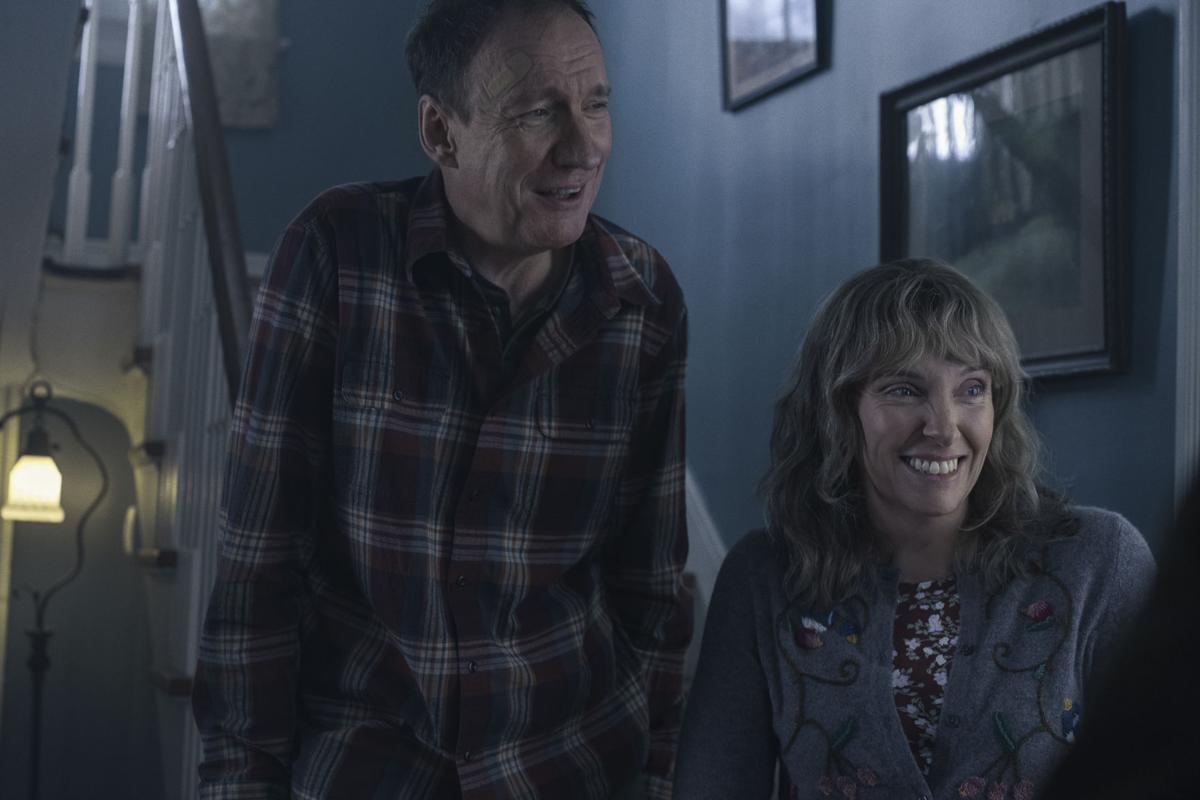 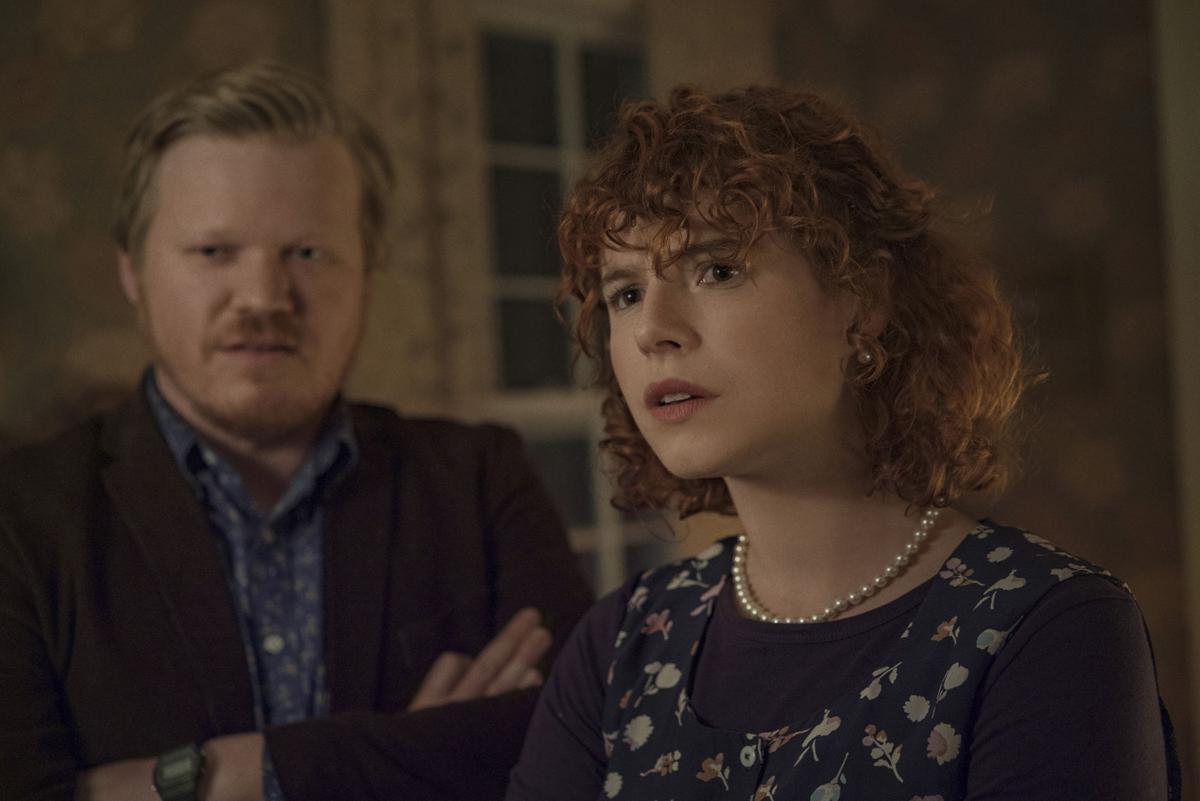 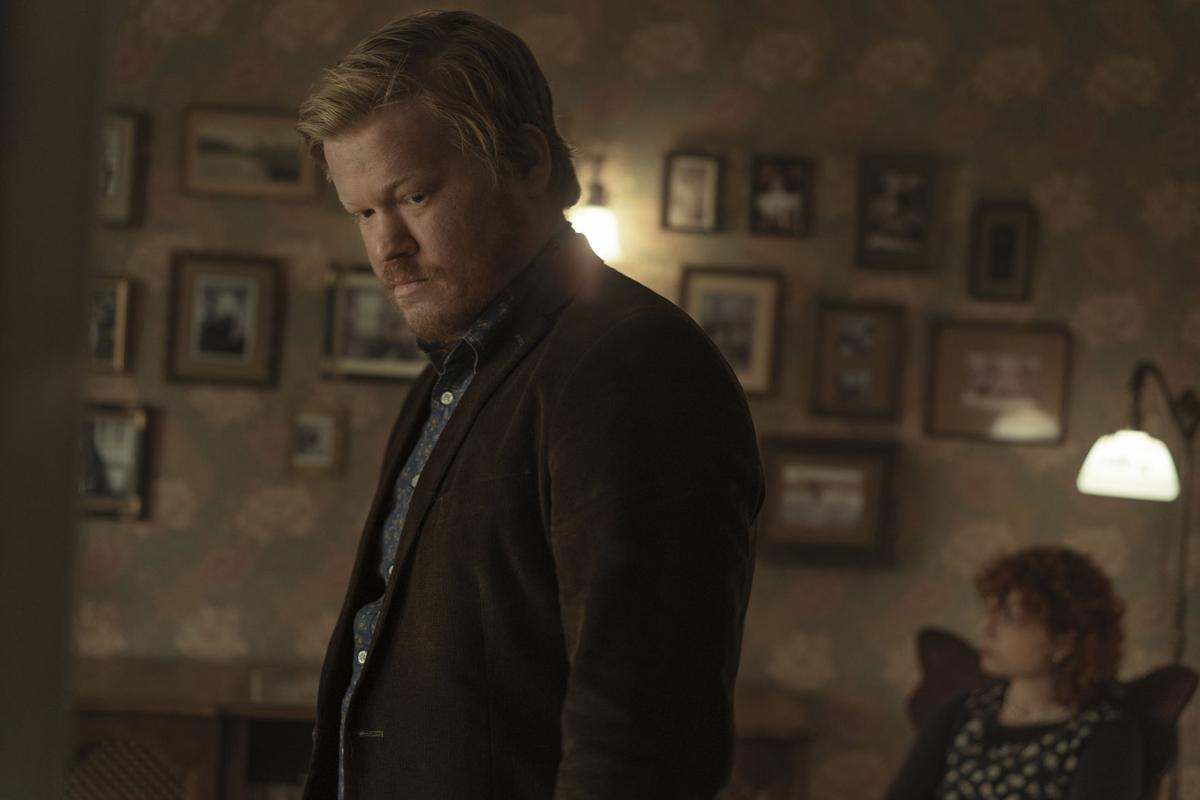 Jesse Plemons, left, and Jessie Buckley star in "I'm Thinking of Ending Things," which will debut on Netflix on Friday, Sept. 4, 2020.

Jesse Plemons, from left, Jessie Buckley, Toni Collette and David Thewlis star in "I'm Thinking of Ending Things," which will debut on Netflix on Friday, Sept. 4, 2020.

Jesse Plemons, left, and Jessie Buckley star in "I'm Thinking of Ending Things," which will debut on Netflix on Friday, Sept. 4, 2020.

To better understand Charlie Kaufman, I would refer you to his Oscar-winning film “Adaptation.”

Tasked with adapting a novel, Kaufman (“Being John Malkovich”) ended up writing about his own struggles with the process, resulting in an extraordinary film that won Meryl Streep a Golden Globe nomination and Chris Cooper an Oscar.

“Eternal Sunshine of the Spotless Mind” is the film that won Kaufman his Academy Award, but his work isn’t for everyone. His approach to film requires the audience to think harder and do some psychological interpretation of their own to find any type of resolution.

“I’m Thinking of Ending Things” falls more on the obscure side of Kaufman’s work. Netflix is a great home for the film that runs long, like most of his work, and could require breaks from the bleak and often disturbing subject. The writing, make-up department and Toni Collette’s supporting performance are three elements that stun regardless of your opinion on the film as a whole.

Only having known his new girlfriend a few weeks, Jake (Jesse Plemons) decides to introduce Lucy (Jessie Buckley) to his parents who live on a rural Oklahoma farm.

“I’ve seen more barns on this trip than I’ve seen in my whole life,” Lucy acknowledges on their snowy journey. Jake explains how excited his parents are to meet her but cautions her not to expect much from the house and the meals because of his mother’s health.

After what feels like an endless drive, filled with philosophical conversation about everything from film to human behavior, they arrive. Lucy finds Jake’s parents as kind and generous as they are unsettling and off-putting.

She begins to notice oddities around the house, old photos that resemble her as a child, violent scratch marks on the basement door and a surprising farm-to-table feast welcoming their arrival.

Audiences wanting a film that explains itself, with a beginning, middle and end shouldn’t even bother. If challenging cinema and storytelling is your thing, “I’m Thinking of Ending Things” will provide not only a mental exercise and sustained curiosity but clusters of some of the year’s most memorable moments, i.e. the dinner scene.

The dinner scene is something Collette has mastered — her Oscar nomination snub for “Hereditary” still hurts — and yet again she gives an excellent performance in an extremely divisive film that could be partially classified in the horror genre.

The way Collette uses every muscle available to pop veins, contort her expressions and speak with body language will have the viewer in awe of her bountiful talent once again. Buckley, following up her own, “should-have-been-nominated” performance from last year’s “Wild Rose” is also terrific.

While the conclusion of the book is more finite than Kaufman’s complex conclusion, his inventive ways of layering and cinematic techniques are admirable even if they don’t all work succinctly. Kaufman’s work is more attainable when someone else is directing.

Here, he is a bit too caught up in his own brilliant madness, even for those seeking a unique challenge. Still, it is a rewarding experience. The scenes involving all four cast members are exceptional in their own right, regardless of context.

It definitely will be beneficial after watching the film to read a synopsis of Iain Reid’s book of the same name to connect the many vague pieces of the puzzle together.

It was a summer movie season like no other, and one we hope never to repeat again.