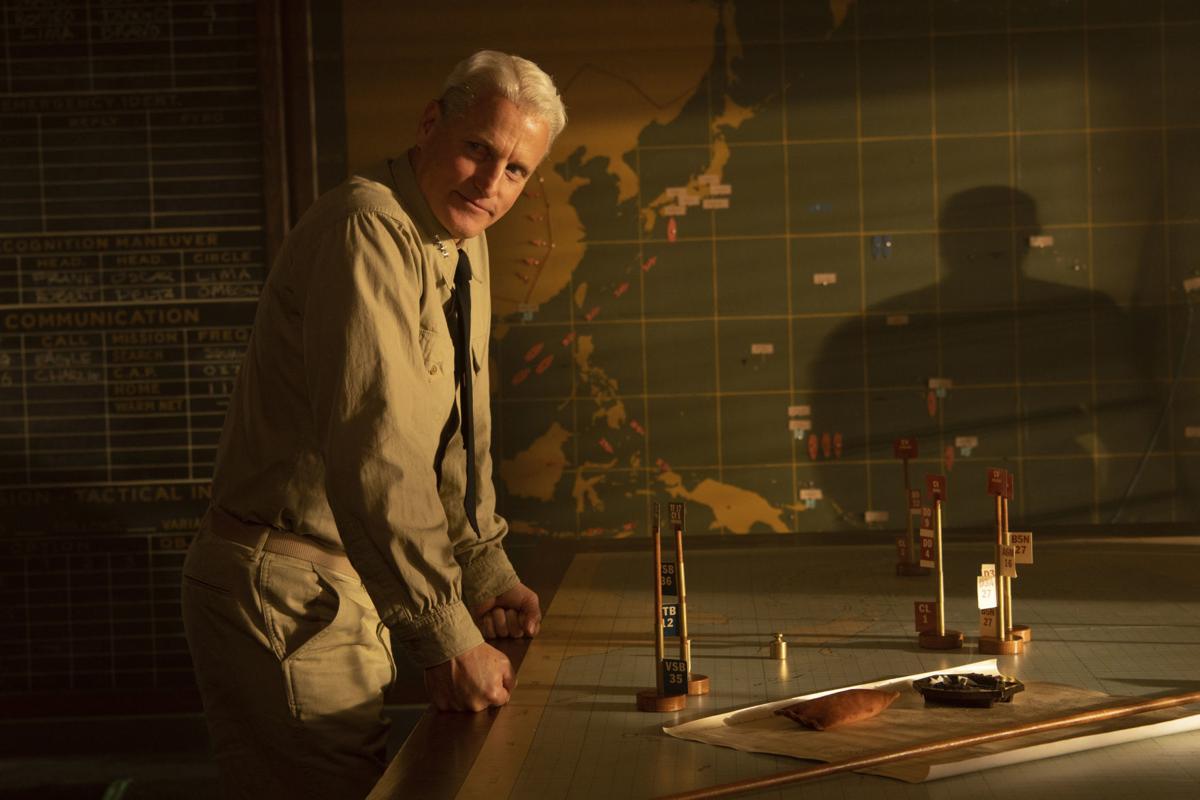 This image released by Lionsgate shows Woody Harrelson in a scene from "Midway." 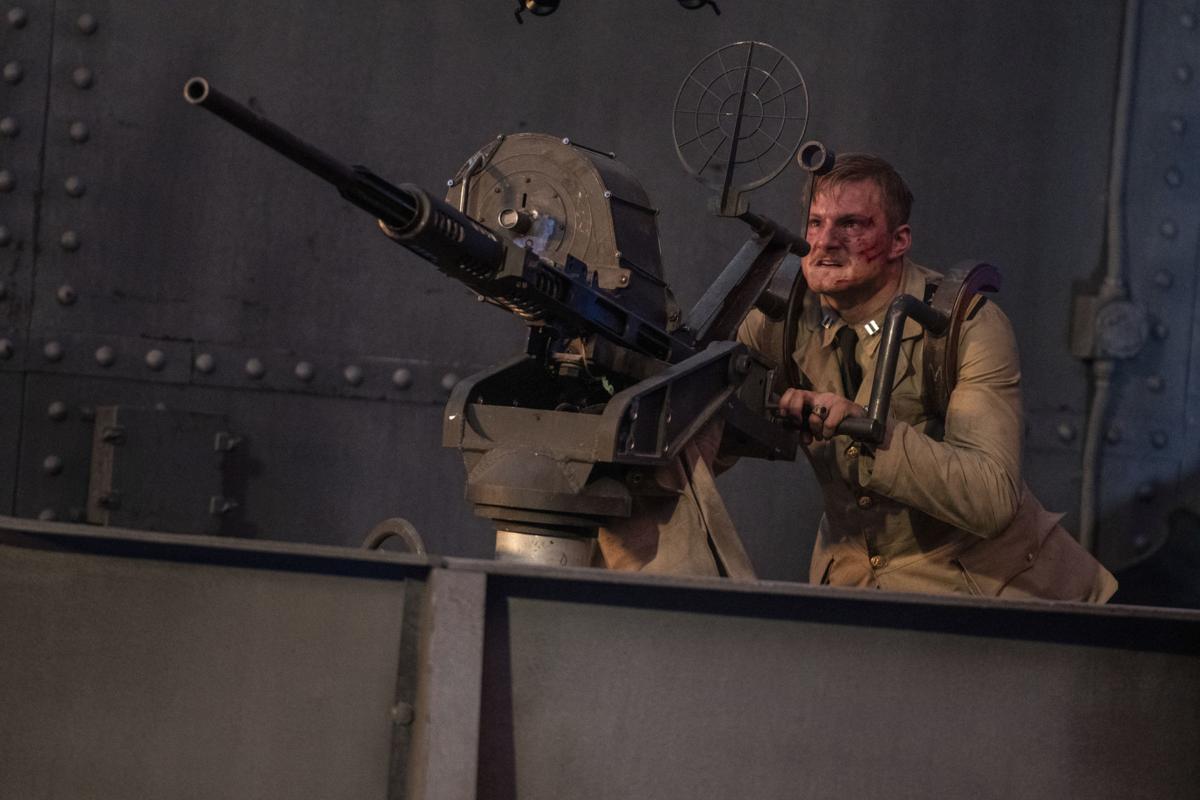 This image released by Lionsgate shows Alexander Ludwig in a scene from "Midway." 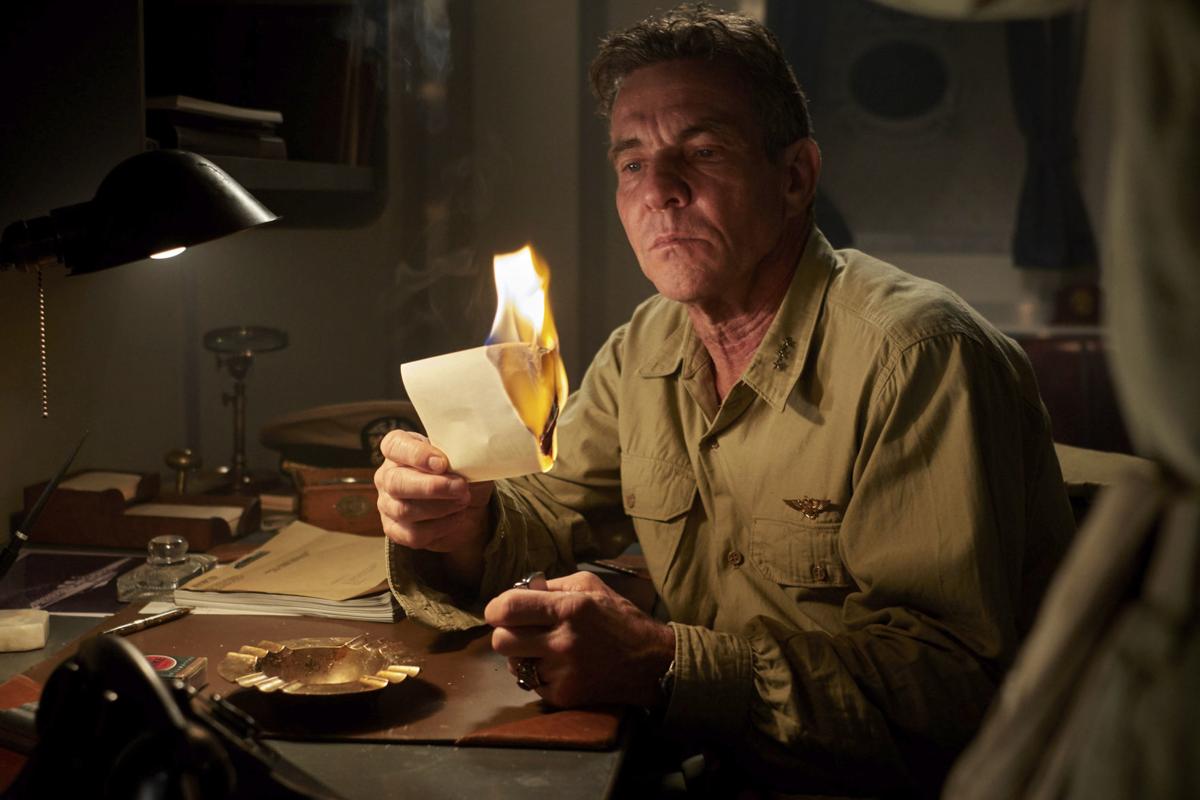 This image released by Lionsgate shows Dennis Quaid in a scene from "Midway." 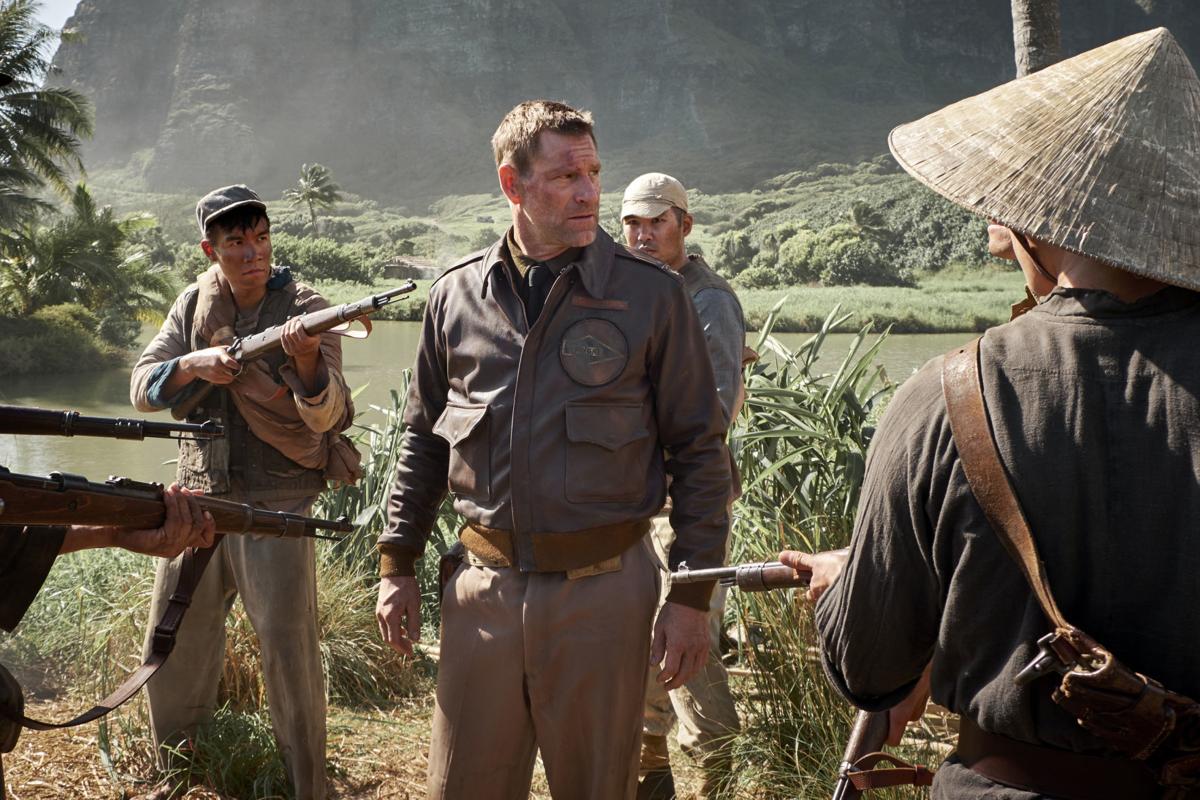 This image released by Lionsgate shows Aaron Eckhart in a scene from "Midway."

This image released by Lionsgate shows Woody Harrelson in a scene from "Midway."

This image released by Lionsgate shows Alexander Ludwig in a scene from "Midway."

This image released by Lionsgate shows Dennis Quaid in a scene from "Midway."

This image released by Lionsgate shows Aaron Eckhart in a scene from "Midway."

The fact that filmmaker Roland Emmerich (“White House Down,” “10,000 BC”) having to get funds outside the U.S. to finance his $100+ million epic of American history should have been a clue that more work was needed with this project.

Emmerich has assembled a B-list cast of characters and attempts to give each at least one moment to shine. His version of the attack on Pearl Harbor and what happened afterward gets more specific and technical than Michael Bay’s love and war epic “Pearl Harbor.”

However, neither film does justice to the events or people of that pivotal moment in history. The script by first-time screenwriter Wes Tooke is almost as chaotic as the Hawaiian harbor was on Dec. 7, 1941. Some of the dialogue coming from Dennis Quaid and Woody Harrelson (both previously worked on Emmerich films) sinks almost as fast as the bombs dropped on-screen. Worse, both Oscar-nominees do little to improve their cardboard counterparts.

After the Japanese attacked Pearl Harbor in 1941, the Navy takes aggressive action to prevent the next attack. Intelligence officer Edwin Layton (Patrick Wilson) had predicted the Pearl Harbor attack, but his advice was ignored by the Pacific fleet commander.

The new Pacific commander, Admiral Chester Nimitz (Harrelson) is brought in to lead the charge and takes Layton’s word over Washington’s, that the Midway Islands will be the next target.

Out in the fleet, Lt. Richard ‘Dick’ Best (Ed Skrein) is a pilot who inspires and terrifies those around him.

He is determined to make a difference, even if it costs his life. As the brave American men prepare to launch their own surprise attack to even the odds, Japan too gears up to finish what they started.

“Midway” opens with the attack on Pearl Harbor, a prelude to the coming events. The visual effects are not where they should be to transport the viewer into the story. The smoke billowing from the bombed ships in the harbor looks unconvincing and in a scene where Alexander Ludwig’s character is trying to get from one vessel to another, the digitalized background is flat and virtually without depth.

Surprisingly (likely because of budget constraints), Emmerich uses much exposition to explain the historic events that took us from Pearl Harbor to the battle at Midway. Taking that route means the viewer needs to keep up with many characters, many locations and keep up with who is fighting whom. The acting ensemble fails the production as a whole in a screenplay that relies on acting the most.

Those solely attending for historical interest, will likely leave satisfied. If great cinema is what you are seeking, Emmerich’s latest won’t satisfy or even wow as his disaster flicks do. If you are here for pop icon Nick Jonas, his couple of scenes, real heroic moments, might satisfy, but he gets less than five minutes total screen time.

“Midway” ends up being more of a procedural war film with bookending action sequences than an all-out epic. The script also gives a decent chunk of narrative to the Japanese point-of-view, giving depth and deference to both sides of the story.

“Midway” takes a bunch of actors portraying a host of real heroes and struggles to get them all a moment of screen time. “Pearl Harbor” had many detractors, but it’s emotional investment into the character wasn’t a fault. “Midway’s” broad storytelling strokes doesn’t invite the audience to particularly invest in anyone on screen.

Final Thought — A weak script and unconvincing visual effects sink Midway before it even gets ready for battle.