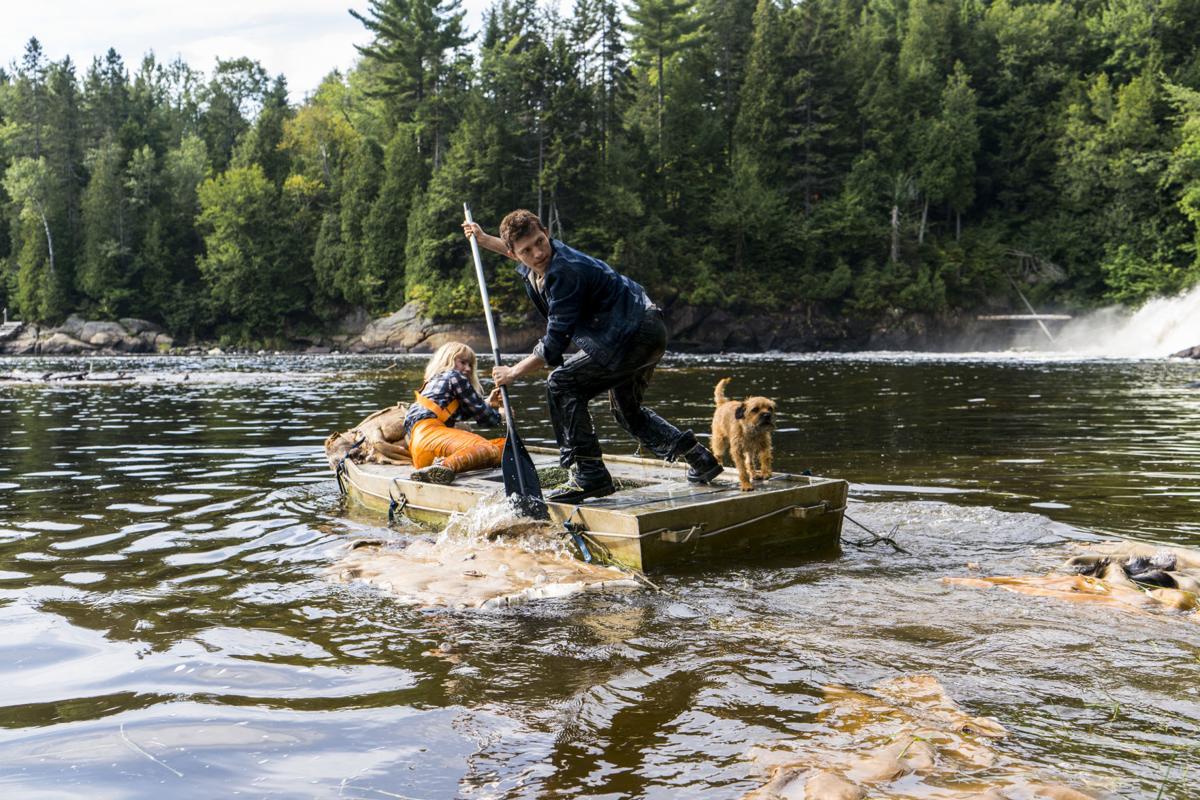 Daisy Ridley, left, as Viola Eade and Tom Holland as Todd Hewitt star in “Chaos Walking,” which will be released Friday, March 5, 2021. 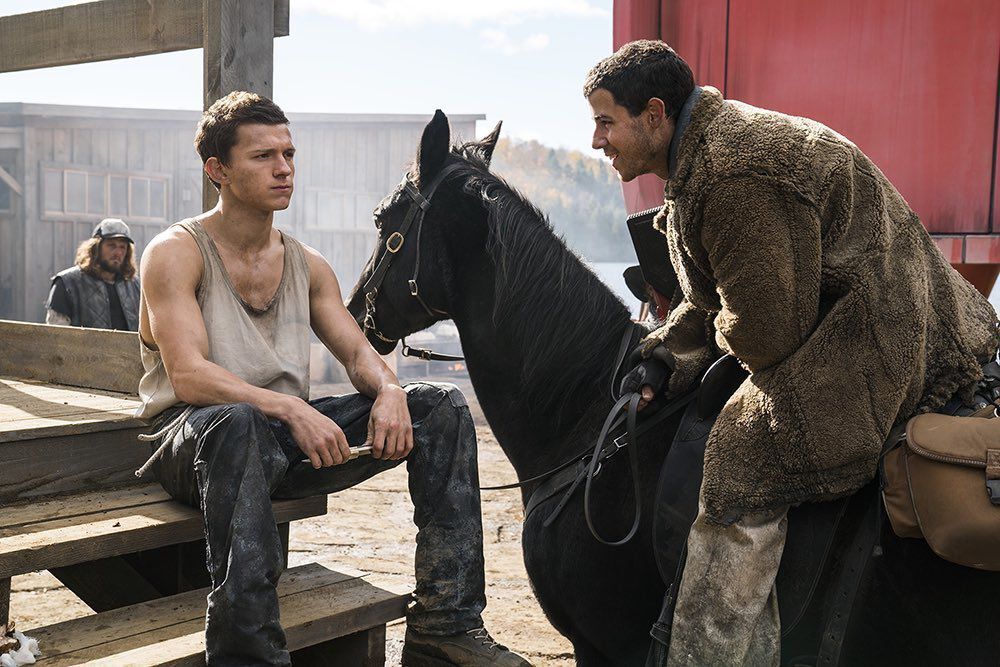 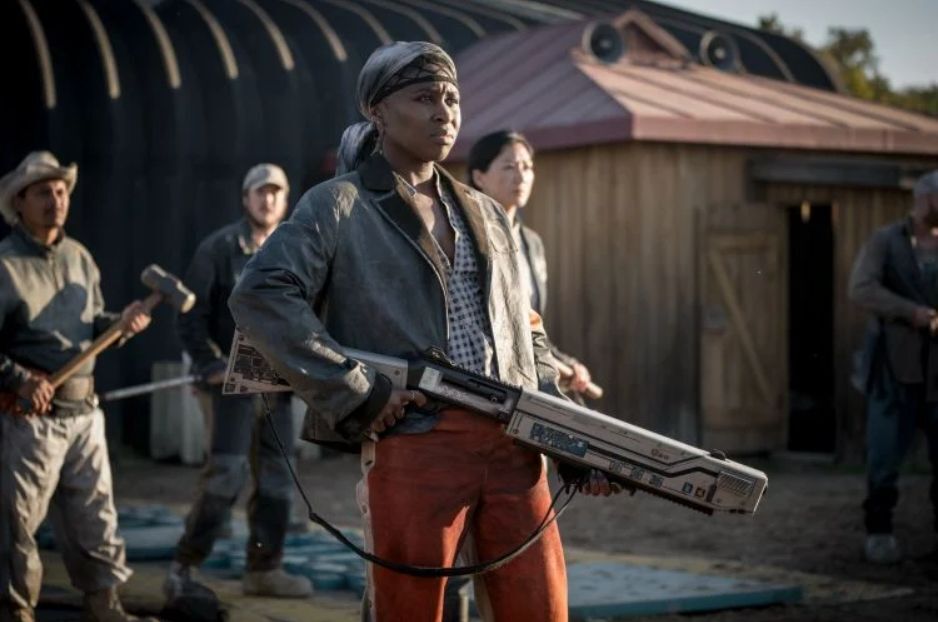 Cynthia Erivo stars in “Chaos Walking,” which will be released Friday, March 5, 2021.

Daisy Ridley, left, as Viola Eade and Tom Holland as Todd Hewitt star in “Chaos Walking,” which will be released Friday, March 5, 2021.

Cynthia Erivo stars in “Chaos Walking,” which will be released Friday, March 5, 2021.

Likely the most appropriately titled film of the year, “Chaos Walking” is just that, much chaos and much walking. Intended as a spring break box-office hit, the pandemic has marginalized this visual effects-heavy film.

“Chaos Walking” is based on author Patrick Ness’ young adult adventure novel “The Knife of Never Letting Go.” While Ness also is a screenwriter, his vision for this wanna-be franchise is overly influenced by similar stories like “The Hunger Games,” “Divergent” and “Maze Runner.”

Like the “Games” and “The Divergent Series,” this introductory film is lined with award-winning A-list stars that are given little to no stock in their characters or legacy in the story. It will come as no shock after watching the slow-to-start flick that extensive reshoots were needed to make sense of this complicated plot.

The year is 2257, humans have fled a dying Earth and now inhabit “New World,” where time has taken a step backward. Todd Hewitt (Tom Holland) is one of the new generation born here and only knows stories of Earth. He, like many, is a gatherer, depending on nature and the knowledge of those from Earth to survive in the settlement known as Prentisstown.

On New World, a male’s thoughts are projected audibly and visually, which they refer to as noise. “Control your noise” is a common phrase since most haven’t mastered the control of thought.

When an astronaut crash lands nearby, Todd lays eyes on a female for the first time, as all the women in Prentisstown were killed. Viola’s (Daisy Ridley) arrival is an awakening for Todd, exposing the falsehoods he has been fed his entire life.

All sci-fi/fantasy stories have the added task of familiarizing the audience with new worlds, terms and rules of the story. “Chaos Walking” requires so much background information for the viewer to follow the story. From the “noise” to the different planets and settlements, there is much to absorb, and it never explains why the mayor of Prentisstown (Mads Mikkelsen) is dressed like he raided the final Bob Fosse Broadway production before leaving Earth behind.

In “X-Men,” Jean Grey and Professor X could hear everyone’s thoughts all the time. Imagine that concept, but with every male character throughout an entire movie. Holland’s character, who can’t keep his clothes on, is a simpleton, resulting in his continuously talking verbally and internally. We the audience are unfortunate enough to hear that blabber throughout the entire course of the film.

For “Star Wars” Daisy Ridley, it’s familiar territory as Viola will feel similar to Rey to the average viewer. Having “Spider-Man” on a horse, chasing Rey on a motorbike through District 12 while a bearded Nick Jonas hunts them represents just how desperate Lionsgate is to have another hit franchise.

Despite the star power and diversity, “Chaos Walking” ultimately results in a cheap-looking jumpstart that has little emotional weight and a complete misuse of its diverse and talented cast. Sure, many of these characters are likely seeds planted for future installments, but it’s hard to imagine this regurgitation of familiar young adult novels finding its way forward.

Final Thought: The one original idea “Chaos Walking” musters, turns out to be it’s most off-putting.

How to watch: "Chaos Walking" will be released in theaters Friday.