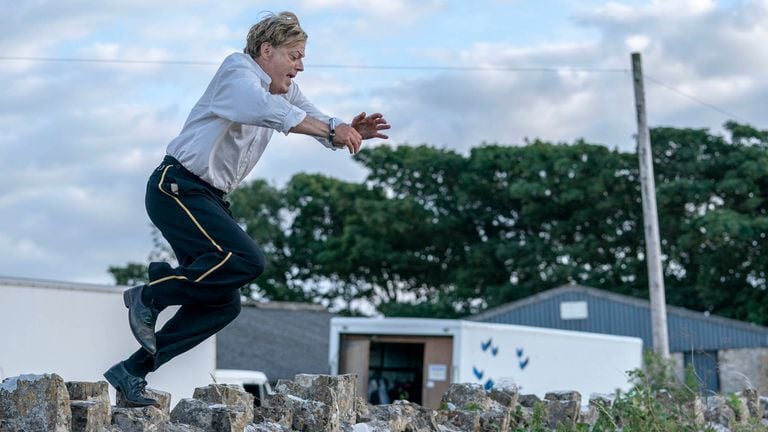 Eddie Izzard stars in “Six Minutes to Midnight,” which will be released in theaters and video on demand Friday, March 26, 2021. 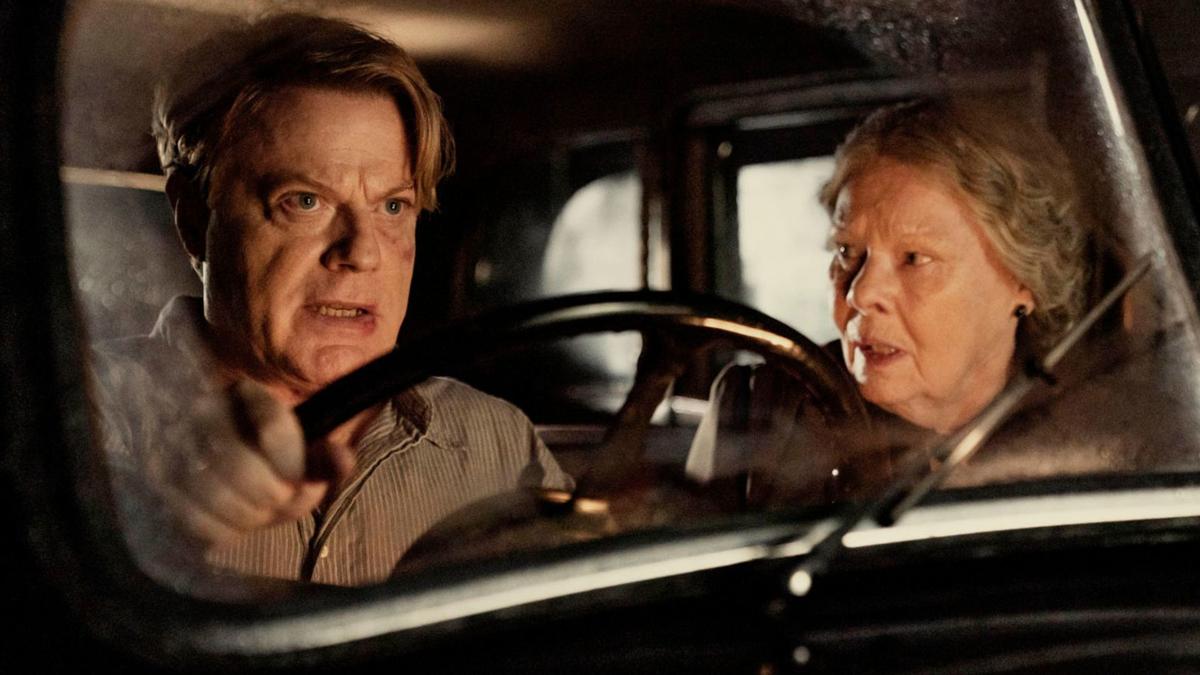 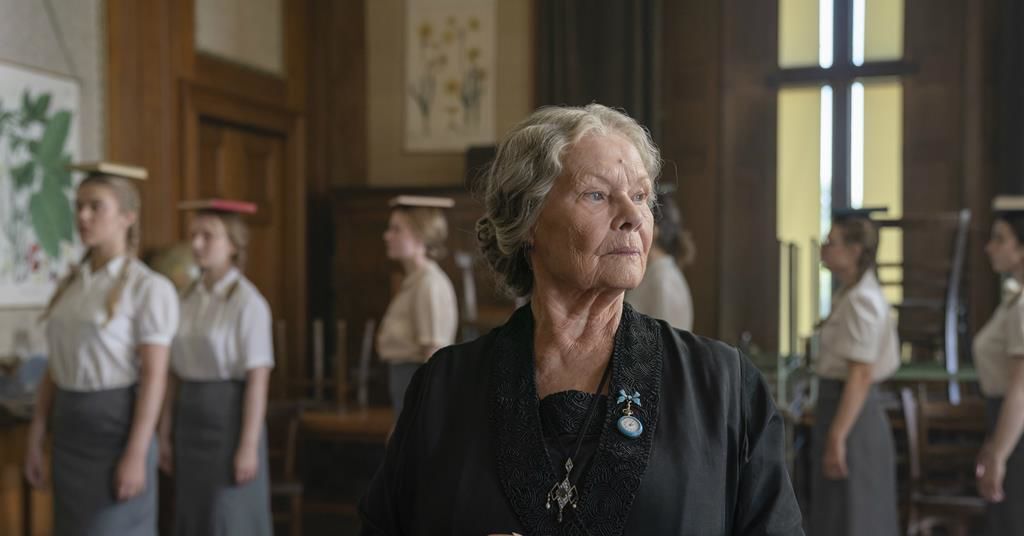 Judi Dench stars in “Six Minutes to Midnight,” which will be released in theaters and video on demand Friday, March 26, 2021.

Eddie Izzard stars in “Six Minutes to Midnight,” which will be released in theaters and video on demand Friday, March 26, 2021.

Judi Dench stars in “Six Minutes to Midnight,” which will be released in theaters and video on demand Friday, March 26, 2021.

Apparently it’s WWII month for the stay-at-home films. While last week’s “The Courier” showcased a well-cast but bland approach to familiar tropes, “Six Minutes to Midnight” is exactly the opposite.

Eddie Izzard is a witty comedian, colorful voice actor and often a decent eccentric antagonist in films like “Victoria & Abdul” (where she originally co-starred with Judi Dench). Lead in a spy film, she certainly is not, and while Izzard shares writing credit with the director and another co-star, you get the impression “Six Minutes to Midnight” is a passion project gone wrong.

What’s unique about the film is how it finds an unexplored facet of pre-WWII we haven’t seen on screen before. Never reaching its full potential, this historical drama plays more for the PBS crowd than the cinephile.

Twenty German students are enrolled in The Augusta Victoria College for girls that lies on the coast of England near Dover. Thomas Miller (Izzard) has come to town, applying for the teaching position left abruptly vacant. Miller charms the elderly headmaster Miss Rocholl (Dench) who is proud of her legacy at the school.

Things are not what they seem, however, as teacher Ilse Keller (Carla Juri) along with Rocholl openly promote Nazi propaganda to the young girls when they are not doing their “preparedness routines.” As Miller reports his discoveries back to superiors in British Intelligence, he realizes he isn’t the only one spying in the small village. The Nazis want the girls extracted, and England is determined to detain them, as both parties race against time and secrets to take control of the situation.

Thomas Miller might be the worst spy we have seen on the big screen since Austin Powers. His heft makes those running scenes look ridiculous, while his lack of discretion is downright laughable. Dench is the only actor present to ground the film in any real substance, while simultaneously being the only character who experiences any type of arc.

As James D’Arcy (“Dunkirk”) and Jim Broadbent (“Moulin Rouge!”) pop in and out, amounting to little more than cameo appearances, the bulk is left to Izzard, who lacks charisma in the part. Known mostly as an episodic director for television, “Six Minutes to Midnight” is Andy Goddard’s first film since 2016.

Marc Streitenfeld’s original score is one of the highlights. His work in films like “Prometheus” and “The Grey” have always appropriately captured the bleakness, dread or impending unknown.

While his work here is quite memorable, his notes tend to be more on the thriller and suspense side. Streitenfeld’s music is more dramatic than what’s happening on screen with the actors or the plot. This discrepancy is counterproductive for the viewer, promoting more excitement than we are actually receiving: Man looking through desk for information, man barely running through field or man staring intensely.

The final blow is the obvious conclusion to the story, knowing everything on screen could have been expanded into a more robust cinematic experience.

How to watch: "Six Minutes to Midnight" will be released in theaters and video on demand Friday.