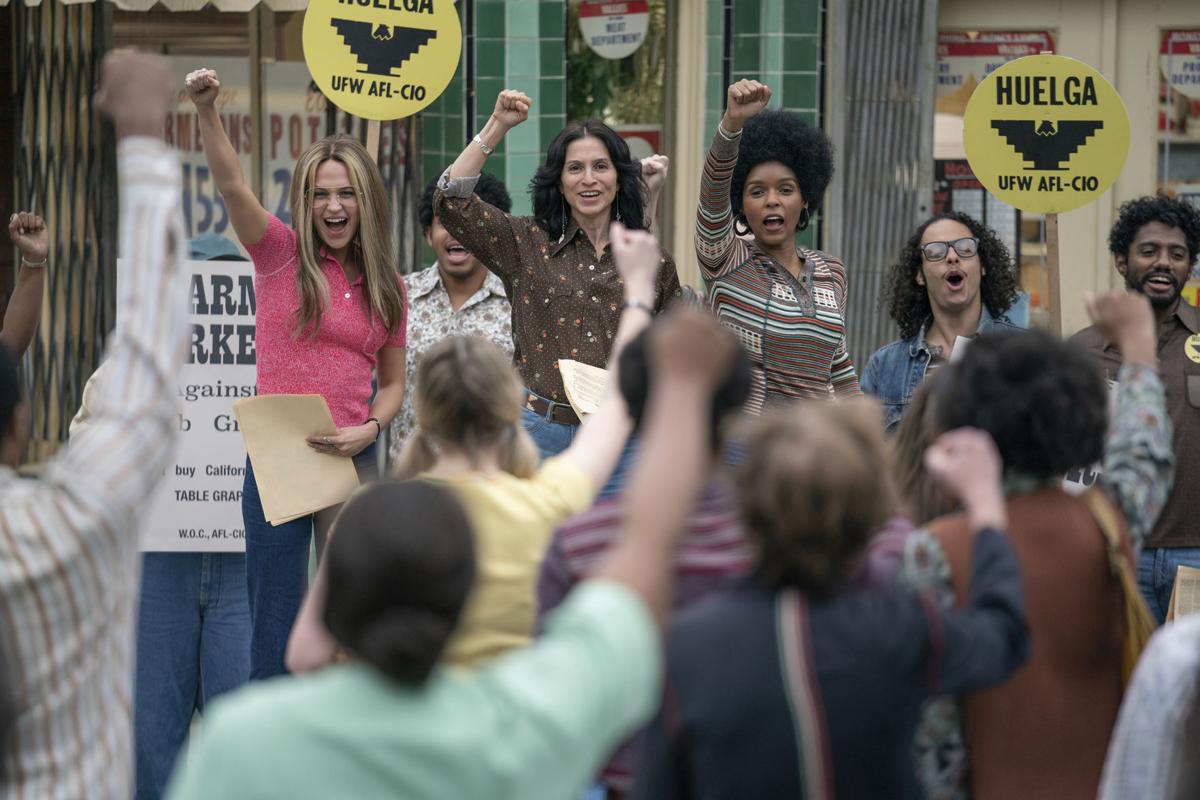 Alicia Vikander, from left, Monica Sanchez and Janelle Monáe star together in “The Glorias,” which is available for purchase on digital and streaming exclusively on Prime Video. 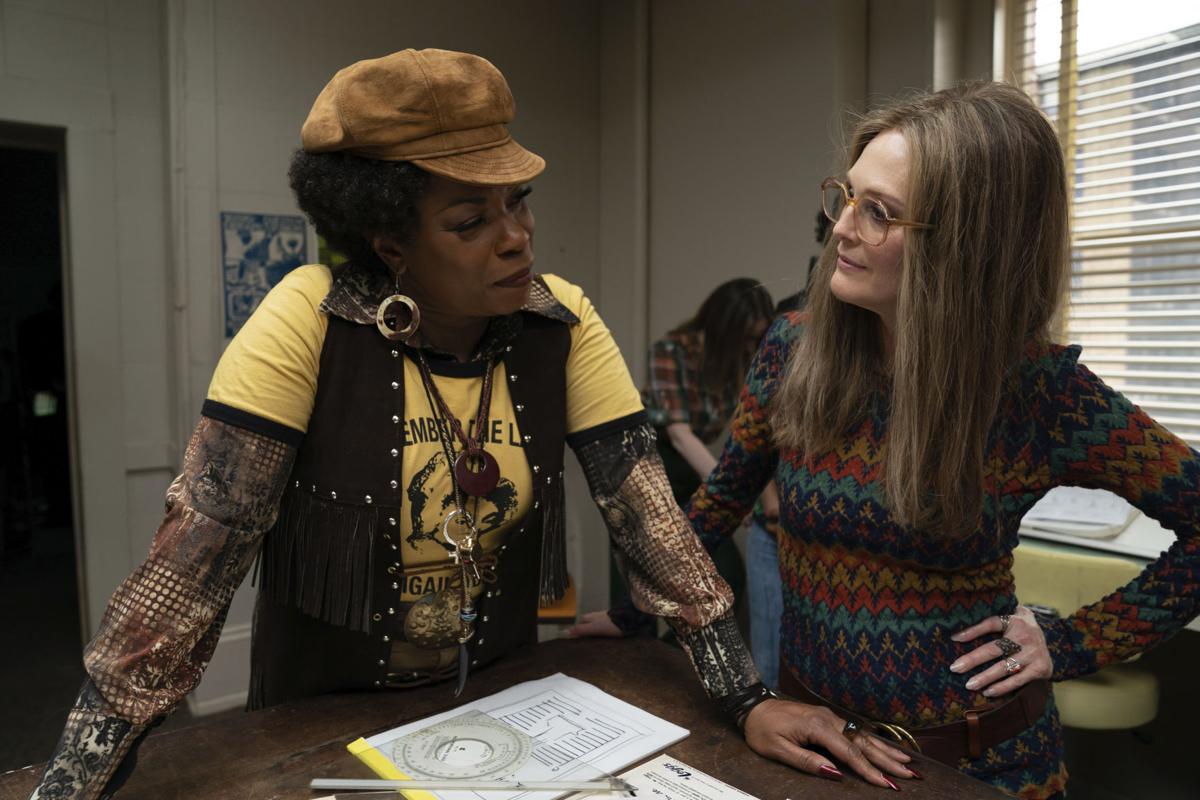 Lorraine Toussaint as Flo Kennedy, left, and Julianne Moore as Gloria Steinem star in “The Glorias.” 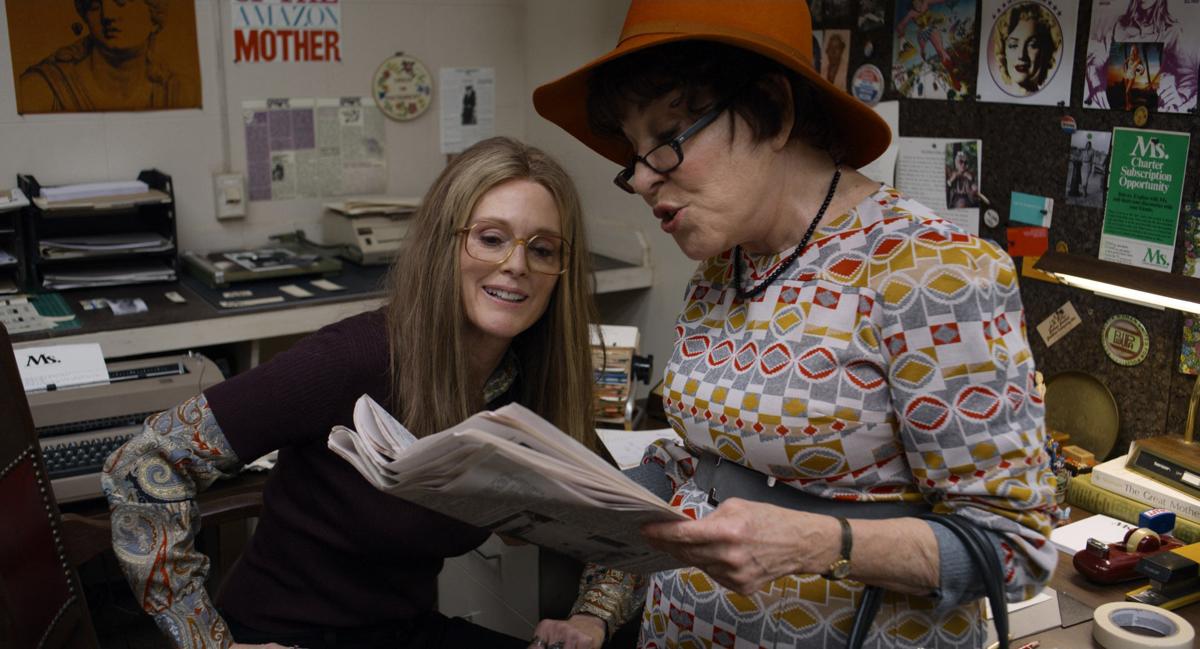 Julianne Moore as Gloria Steinem, left, and Bette Midler as Bella Abzug star together in “The Glorias,” which is available for purchase on digital and streaming exclusively on Prime Video. 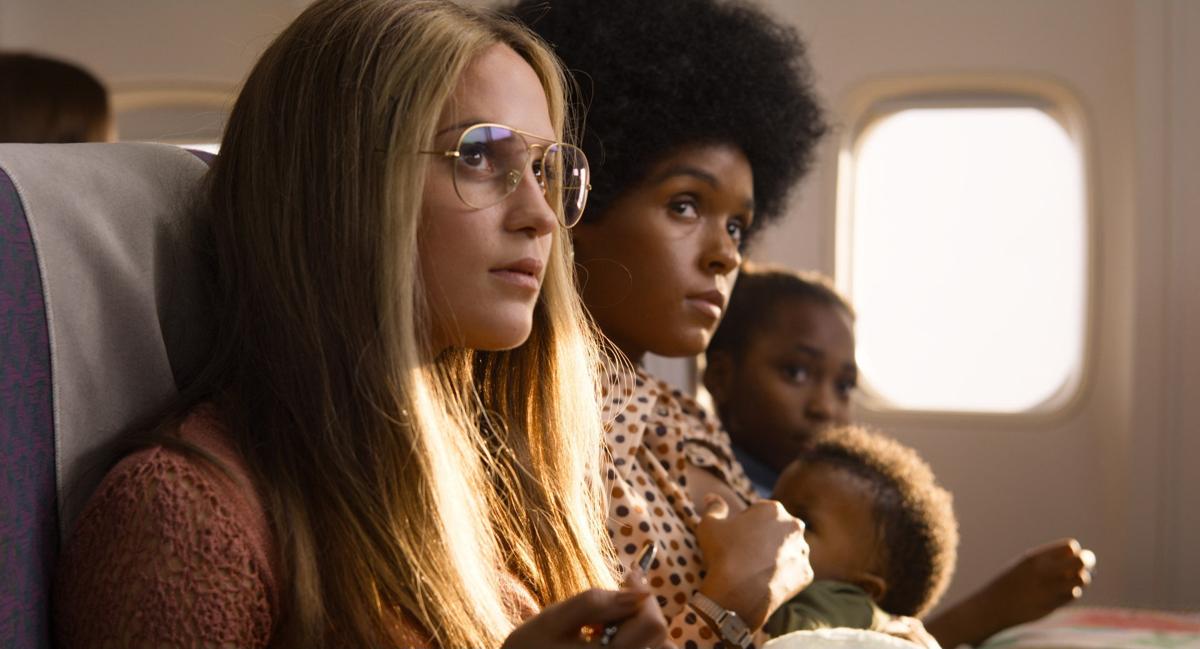 Alicia Vikander, from left, Monica Sanchez and Janelle Monáe star together in “The Glorias,” which is available for purchase on digital and streaming exclusively on Prime Video.

Lorraine Toussaint as Flo Kennedy, left, and Julianne Moore as Gloria Steinem star in “The Glorias.”

Julianne Moore as Gloria Steinem, left, and Bette Midler as Bella Abzug star together in “The Glorias,” which is available for purchase on digital and streaming exclusively on Prime Video.

Too young to remember writer, feminist and political activist Gloria Steinem? This film by Julie Taymor (“Frida”), based on Steinem’s recently released autobiography, documents not only her achievements but her struggle along the way.

Taymor doesn’t give you a run-of-the-mill biopic. “The Glorias” aims for the details you don’t know and introduces Steinem to a new generation.

Three different actors, including Oscar-winners Alicia Vikander (“The Danish Girl”) and Julianne Moore (“Still Alice”) portray Steinem at various points in her life, even having conversations with each other. Some of Taymor’s eclectic cinematic choices work well at keeping the audience curious about what artistic liberties she will take in the next scene. However, some jolt the viewer out of the story, reminding us we are watching a movie.

As a young girl growing up in Toledo, Gloria (Lulu Wilson) has the same goals as other girls her age: grow up, marry the man of her dreams and have a house, a dog and three kids. It’s a reinforced American ideal that never comes true for Gloria, whose parents split up while she is young.

Right out of college, Gloria (Vikander) travels to India, where she observes such atrocities against women that it pushes her toward activism and eventually writing about woman’s issues in New York. Constantly being told what to write, which was rarely about the issues she cares about, she and other activists Dorothy Pitman Hughes (Janelle Monáe) and Flo Kennedy (Lorraine Toussaint), start their own magazine called Ms. Eventually, it’s public speaking where adult Gloria (Moore) finds her true voice and calling.

As much as “The Glorias” is a celebration of Steinem’s life and accomplishments, it’s also about her vulnerability, mistakes and regrets. The film’s editing jolts the audience forward in time, then back again, rarely having an obvious rhythm. The pay-off to this choice occurs in the third act when Vikander and Moore’s Glorias get to converse in the black and white of Steinem’s sub-conscious, on a bus heading toward the unknown.

Taymor’s ambitious 2 1/2-hour epic biopic includes vivacious performances from Bette Midler as Bella Abzug, sobering turns from the likes of Kimberly Guerrero and even those that anger, like Timothy Hutton as a lovingly selfish Leo Steinem. Taymor keeps us emotionally invested even when we would rather mentally check out or at least take a break.

While the film made its debut at Sundance in January 2020, the mention of Supreme Court Justice Ruth Bader Ginsburg has even more weight now, with the film set to release only days after her passing. Taymor could have easily tried to tell all these colorful characters’ stories by going off on narrative tangents, but she always keeps the focus on Steinem’s perspectives despite the era and groundbreaking events happening around one woman.

The film ends on a more powerful note than where we began, though it struggles along the way to achieve that outcome.