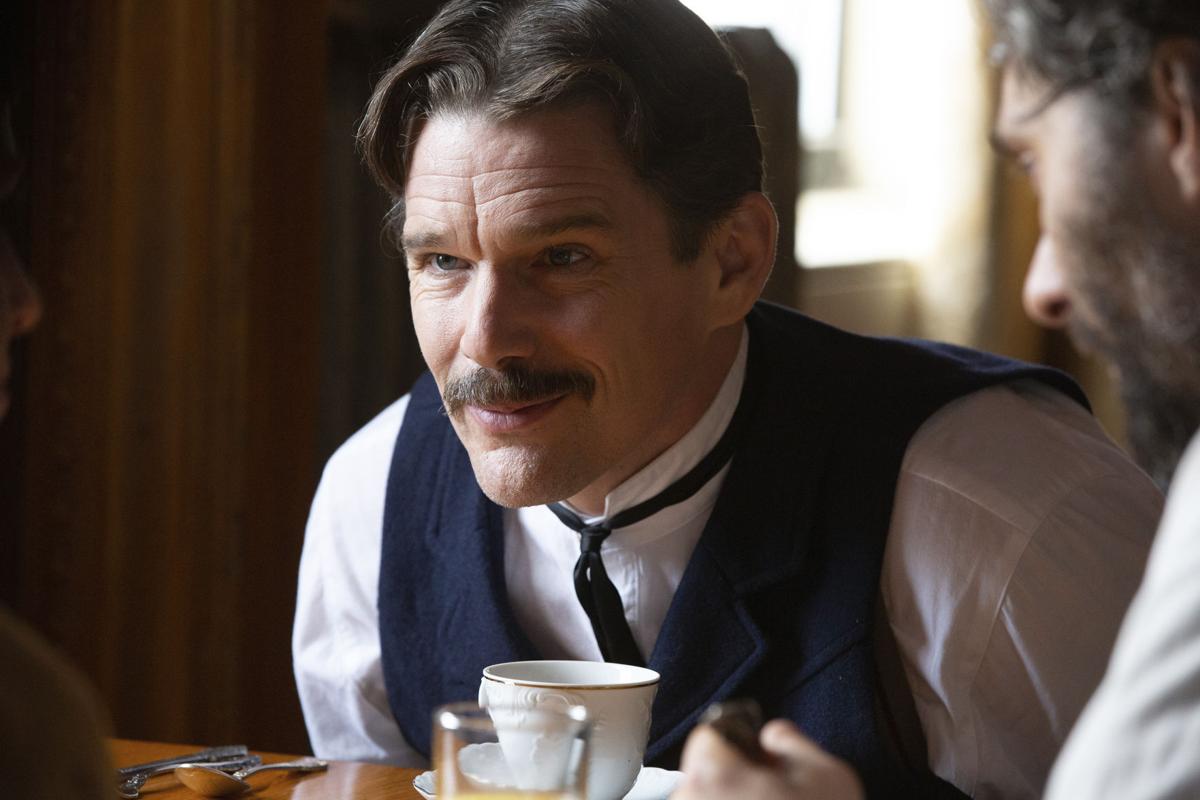 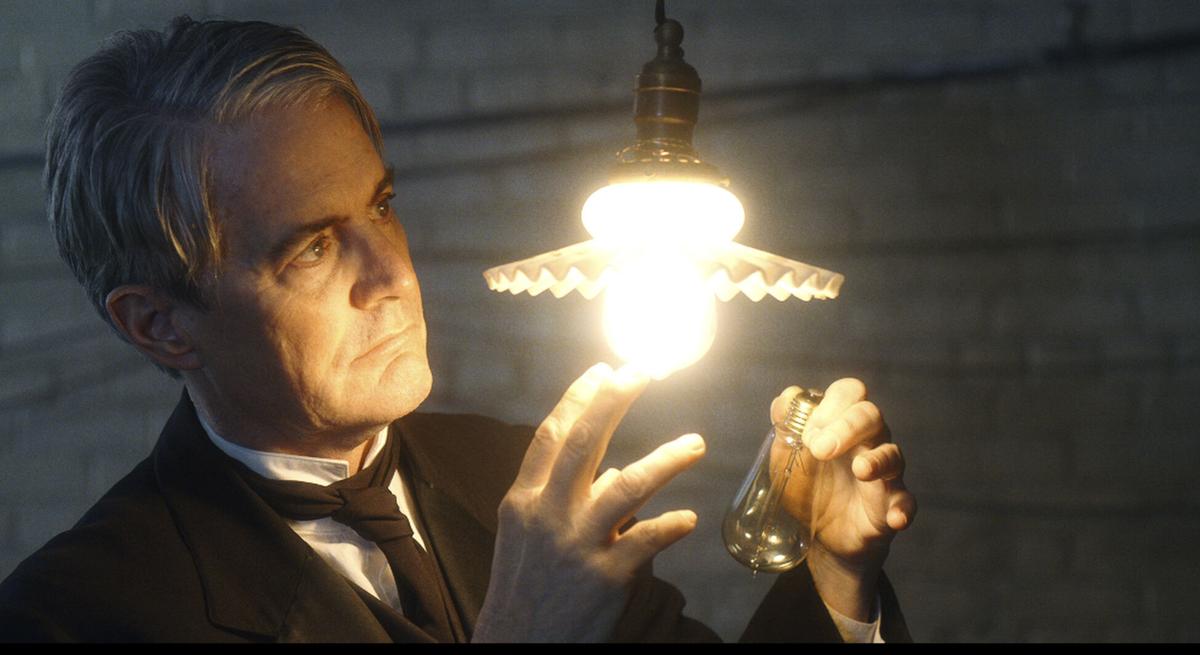 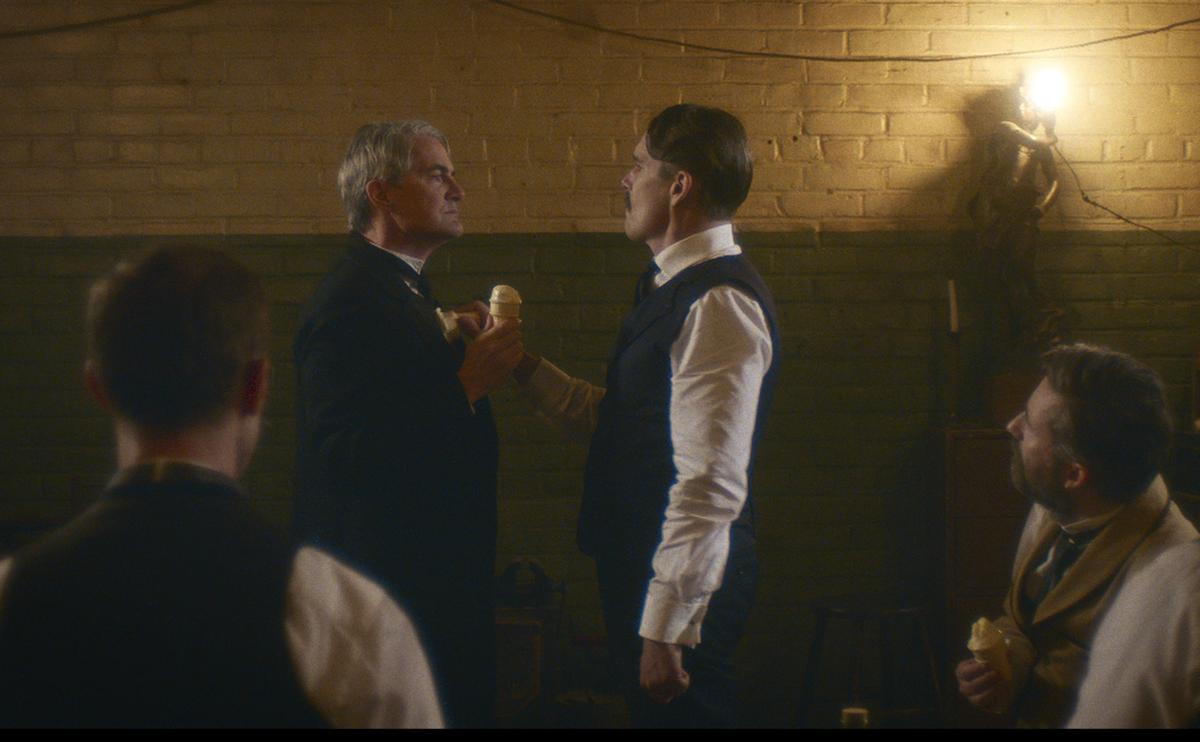 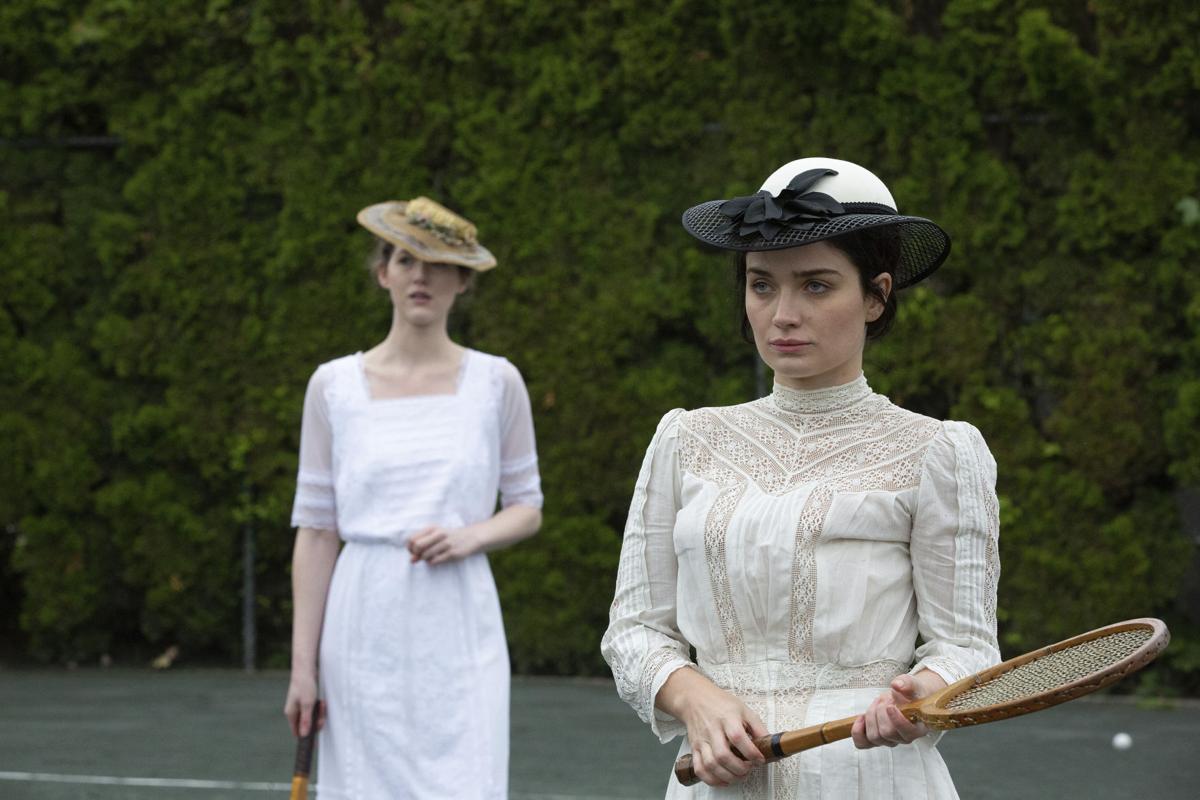 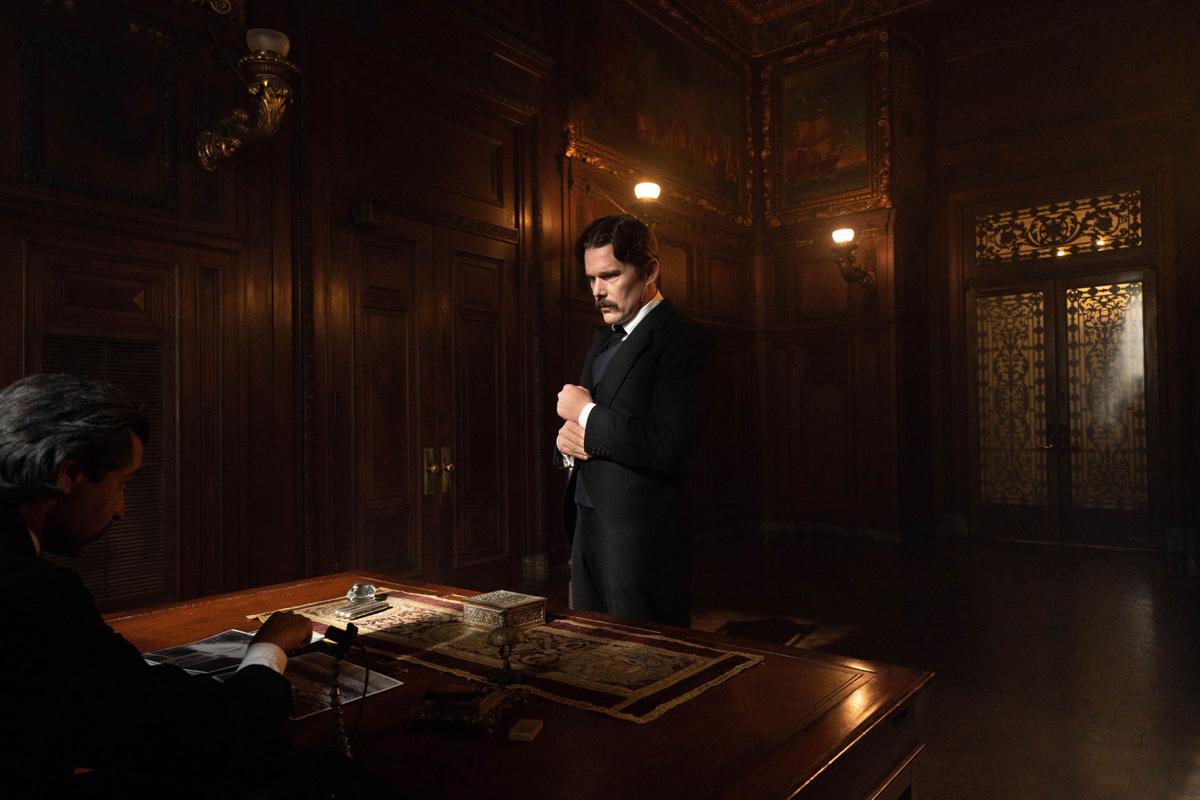 When Nikola Tesla pulls out his cell phone at a bar in 1888 or Anne Morgan, daughter of JP Morgan, fires up her Apple computer to explain the number of Google searches for Telsa compared to Thomas Edison, you understand quickly this isn’t a normal biopic.

Michael Almereyda’s version of “Tesla” is quite different from when Nicholas Hoult portrayed him in the botched Weinstein-produced “Current War” that eventually landed a release in 2019. The historical detail has much overlap, which means you have the same players — Westinghouse and Edison more notably.

It’s only about an hour into Almereyda’s version that the timeline continues past “The Current War’s” World Fair conclusion. The gag of modern technology these men helped create, popping up in a serious drama, is the exact type of mixed media that render “Tesla” more of a classroom reenactment video than a dramatic feature.

Immigrant, inventor and social outcast, Tesla (Ethan Hawke) was caught between two of America’s opposing forces and as a result was often sidelined and unable to get his projects funded. Six months working for inventor Thomas Edison (Kyle MacLachlan) had him changing sides during the electricity war of alternating current versus direct current.

Tesla just wants to be left alone to invent and while being pursued by the richest daughter in the country, he finds the financial aid needed to show the world ideas and inventions that led to the technology we hold in our hands or clean our houses with today.

Like many brilliant minds of his time, Tesla was unable to connect with people, admitting his chastity helped him devote more thought to science.

The long and short of it, “Tesla” is a boring film. Most of the cinematic tricks Almereyda attempts fall to embarrassment. Multiple scenes have Hawke in front of a black-and-white screen reacting, something you might see in a stage play.

Often “Tesla” begins to feel theatrical, as most scenes take place in a sterile environment. Hawke is such an expressive actor, his greatest work is often when he plays characters who emote large and loud. Here, as he broods in the shadows with little dialogue and compelled to fulfill the director’s strange cutaway requests, it results in a splintered performance, rendering the Oscar-nominated actor miscast.

Almereyda writes many scenes that are entirely played out, only for Anne Morgan (Eve Hewson), our narrator, to explain, “This of course never happened.”

By the conclusion of the movie, Hawke as Tesla is doing karaoke to the tune of “Everybody Wants to Change the World.” The culmination of efforts here come across as a desperate attempt to separate one project from another but with fewer resources.

It’s hard to imagine who or what audience could enjoy a film that has so little to offer in the way of entertainment or new information.

Anne Morgan explains Googling images for Tesla only produce four actual photos taken of the inventor, but that same search on his biography will give you what you need to know, in a more timely manner, rather than sitting through this disorienting, experimental biopic.

Final Thought: The irony of two consecutively boring films about some of the most creative minds in our history isn’t lost on the viewer.

Was "Telsa" misspell an intentional headline because you felt the story was so false?