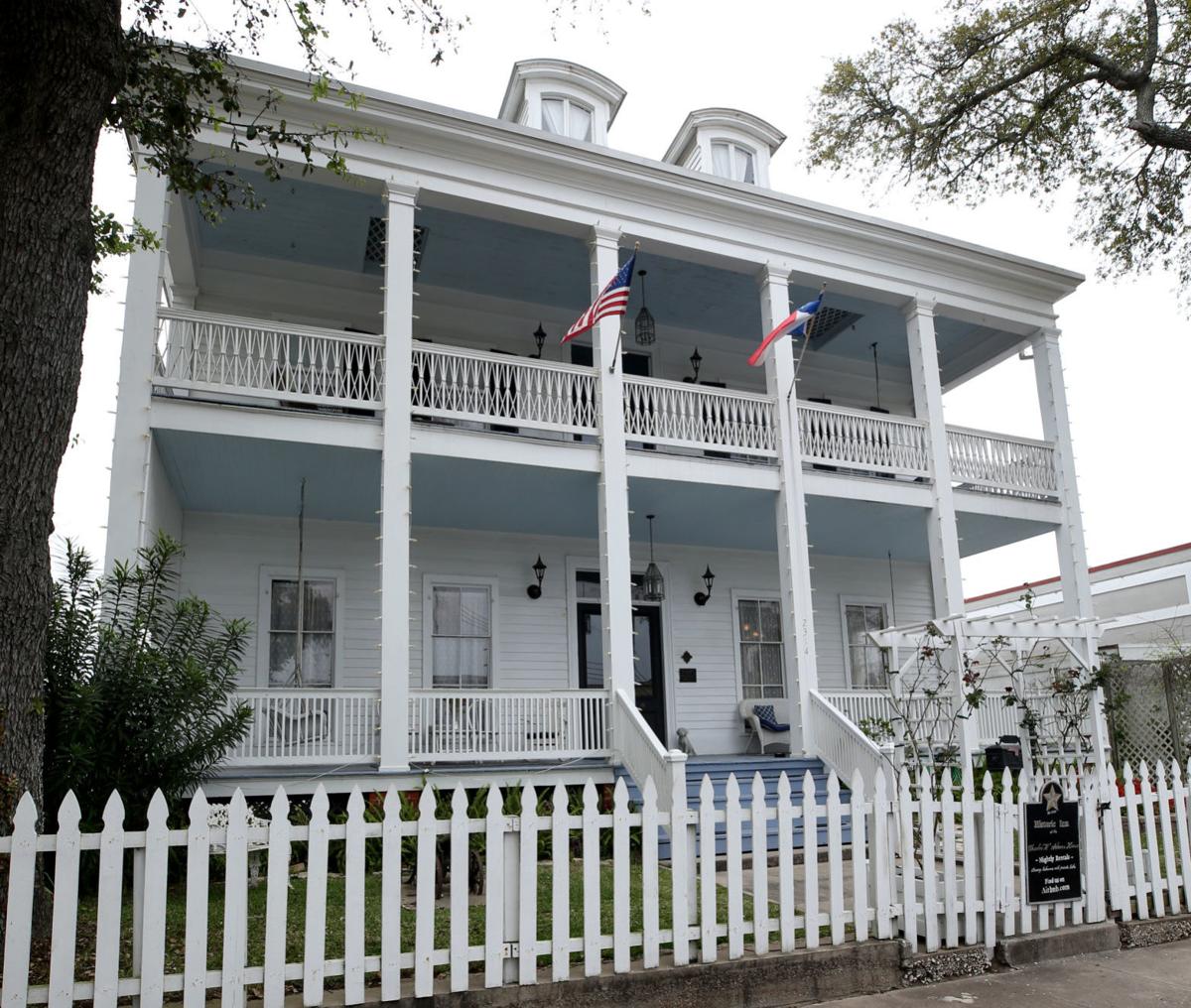 The Historic Inn at the Charles W. Adams House, 2314 Avenue M in Galveston, has new owners. 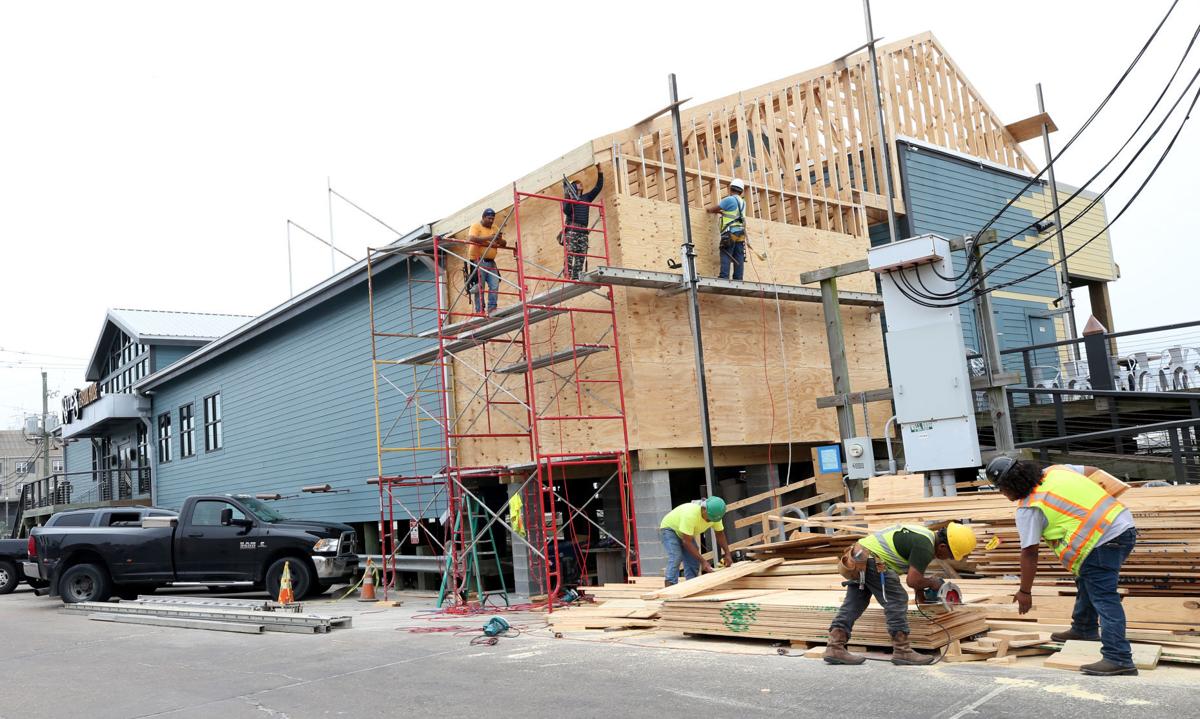 Construction crews add a storage area onto the end of Katie’s Seafood House on Pier 19 in Galveston. 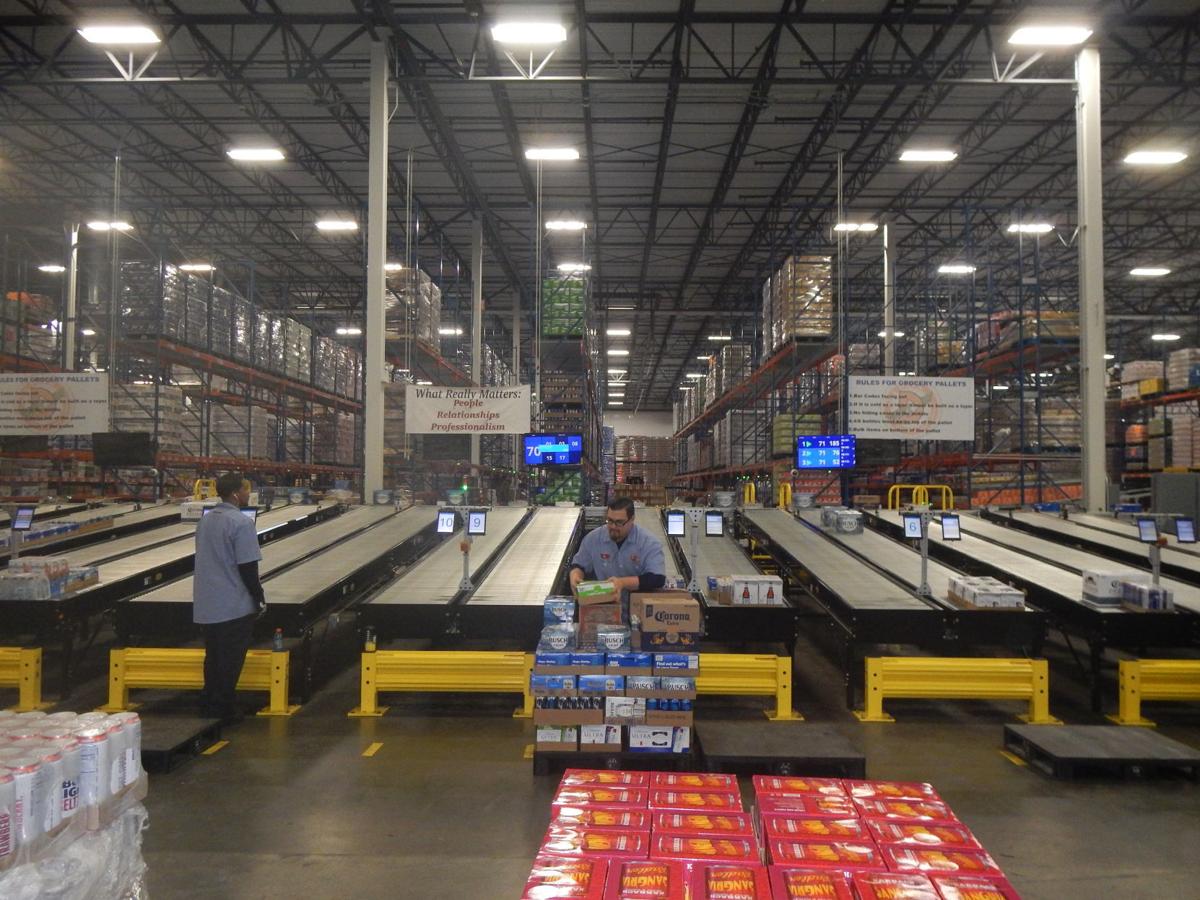 Del Papa Distributing Co. in Texas City has seen a surge in beer demand as grocers keep up with stockpiling shoppers.

The Historic Inn at the Charles W. Adams House, 2314 Avenue M in Galveston, has new owners.

Construction crews add a storage area onto the end of Katie’s Seafood House on Pier 19 in Galveston.

Del Papa Distributing Co. in Texas City has seen a surge in beer demand as grocers keep up with stockpiling shoppers.

Few, if any, businesses are unscathed by the coronavirus. But deals are getting done — and undone — and commerce continues. Some retailers and restaurants are forging ahead with planned openings and expansions, although with adjustments and some uncertainty. Some are closed or offering limited service.

Leaders in all Galveston County communities are asking consumers to support their local shops in any way they can. Stay tuned for updates about how local businesses are coping. And if you own a business in Galveston County, share what you’re doing to stay afloat by contacting Laura Elder at laura.elder@galvnews.com.

Case by case: When governments began limiting restaurant service to drive-through or takeout and closing bars to discourage large gatherings, beer distributors had reason to worry. But beer orders at Texas City-based Del Papa Distributing Co. last week were up nearly 40 percent compared with the same period a year ago. Why? Del Papa, which distributes beer and beverages to restaurants and stores in 17 Texas counties, has seen an increase in business from grocers and other retailers, whose customers are stocking up, said Peter Williamson, vice president of corporate relations and communications for Del Papa, which employs about 380 people companywide, 175 in Texas City. For proprietary reasons, Williams declined to divulge specific data about the number of cases it sold last week.

The spike in beer sales isn’t too surprising, Williamson said.

“After a long stressful day, having the opportunity to relax with a beer kind of helps with normalcy,” he said.

When possible, Del Papa employees are working from home while warehouse employees who need to be on site are following stringent sanitation and hygiene measures, Williamson said. Warehouse access is restricted to only employees.

Going nationwide: Meanwhile, social distancing efforts have sent food delivery services to new heights, prompting food-ordering and delivery company Waitr to expand its partnership with Landry’s Inc. — owned by island-born billionaire Tilman Fertitta — to include all Landry’s restaurants. The national partnership includes adding carryout services to all markets in which Landry’s operates, along with opening new delivery markets in Texas and Florida, with plans to expand to other states in the near future, officials said. The partnership will be serviced under the Waitr and Bite Squad brand names within markets. In the new Texas markets, the company will have the ability to deliver alcohol from Landry’s locations.

Last week, Gov. Greg Abbott signed a measure allowing Texas restaurants to deliver alcoholic beverages with food purchases to alleviate some of the financial hardships of the restaurant industry so hard hit by the crisis.

Meanwhile, Waitr is offering delivery driver jobs to Landry’s employees out of work because of restaurant closures.

“The COVID-19 pandemic has brought an unfortunate new reality to our industry and community that is causing us to face many challenges,” Fertitta said. “We are extremely appreciative of Waitr for their valued partnership over the years and their kindness today to support our employees during this challenging time.”

Landry’s is a restaurant, hospitality, gaming and entertainment company based in Houston. The company operates more than 600 high-end and casual dining establishments around the world, including in Galveston and Kemah. The Daily News has asked for but not received information about how many Landry’s restaurant and hospitality employees in Galveston County are out of work because of the crisis.

Fertitta in 2018 acquired Waitr, which is available to all restaurants, not just Landry’s brands.

Undone deal: As reported in the news pages last week, uncertainty and upheaval in the industry were apparent even in long-planned business transactions. Darwin Wilson, owner of La Brisa Mexican Bar & Grill in League City and Bacliff, on Monday walked away from a transaction to buy The Reef Seafood House in Texas City.

Long before the coronavirus crisis, Wilson had planned to buy and renovate The Reef Seafood House building, 1301 31st 1/2 St. The Texas City restaurant would have been his third.

“With what’s happening, it is very difficult to make an investment in a project without knowing what new challenges tomorrow will bring,” Wilson said.

Rolling with it: Some readers are wondering about all that construction work at Katie’s Seafood House on Pier 19 in Galveston. Work at the restaurant, which opened in September, is for a larger storage facility for paper products, dry goods and canned goods, said Buddy Guindon, whose family owns the restaurant.

Meanwhile, Katie’s Seafood House, like most restaurants, is adapting to the new normal shaped by social distancing by offering takeout orders and a reduced-price menu for people trying to hang onto some money through the crisis, Guindon said. The coronavirus will be remembered for many things, including the frantic hoarding of toilet paper. Katie’s Seafood House is including a roll of toilet paper with each order to help locals out.

A scramble: It’s an unusual time to open a restaurant, but that’s exactly what casual dining chain Denny’s plans to do at 212 FM 518 in Kemah on Monday. The new Denny’s, in keeping with orders for restaurant dining rooms to be closed to patrons, plans to offer carryout and delivery, waiving delivery fees until April 12, spokeswoman Ashley Kraynak said. The new Kemah eatery will be open from 6 a.m. to 10 p.m. For carryout and delivery, guests can order online at dennys.com.

The acquisition will change the name to Sunset Salon/Windmiller’s. Dykes has worked at Windmiller’s and has owned her own hair-styling business in Houston for more than 10 years. She moved to Galveston three years ago after spending most of her weekends fishing around the island. Stylists working at Sunset/Windmiller’s are Roxann Kriticos and Karen Johnson Kircher. Plans are underway to add another stylist, along with a masseuse or aesthetician.

Mansion milestone: A historic island house has new owners. Bobby and Sandra Connatser have acquired the Charles W. Adams House, 2314 Ave. M. The Connatsers acquired the 1860 mansion from Heidi Daley and Michelle Smith, who had converted the former private residence into short-term rentals and event space. The Connatsers also plan to offer short-term rentals and small events at the property, said Tom Schwenk of Tom’s Galveston Real Estate, who represented the buyers. Daley, a real estate agent, represented herself.

Charles Adams, who was from New Hampshire, moved to Texas from Maine, having sailed from the port of Bangor on the brig “Warwick,” according to historic documents. The vessel was loaded with merchandise and lumber. When he landed in Galveston in 1838, “there were but few houses,” according to documents. He had business ventures in Houston and Galveston. When what is now the Galveston Regional Chamber of Commerce was founded 175 years ago, Adams played a prominent role, eventually becoming its president.

Delivery apps like WAITR, Doordash and Grubhub should consider waiving or reducing the fees they charge restaurants - which can be as much as 20-30%. I understand that Grubhub has pledged to waive $100M in fees for the next few weeks, but only if restaurants sign a year long contract. This is a time for good will, not profiteering.