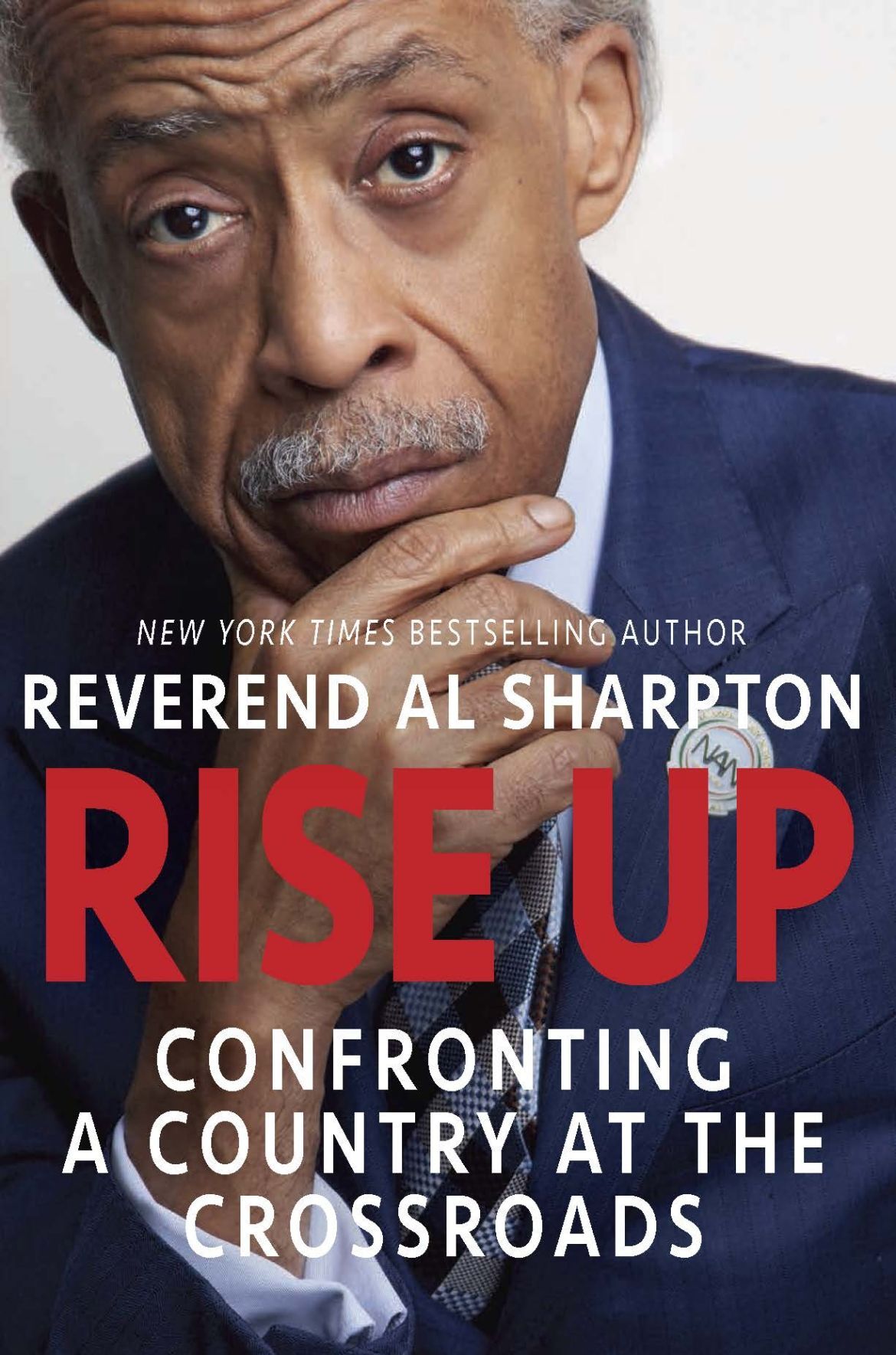 The Rev. Al Sharpton isn’t exactly a fan of President Donald Trump. If you’re familiar with Sharpton at all, that’s no surprise. His book, “Rise Up,” chronicles some of the history between the two and offers some great stories.

That’s a lot of what you’ll get in this book, in fact: stories, and they mix in with Sharpton’s observations and thoughts so well that it’s easy to be lulled into the telling. No worries: Like any good preacher does, he happily yanks your attention back to the pulpit, to racism, voters’ rights and politics. True to what you’d expect, Sharpton isn’t shy, and he’ll make readers who are Black, white, and brown think, hard, about today’s issues.

Democracy, he writes, isn’t perfect but it is the best of all political practices. To make it work now, we need and deserve strong leadership that isn’t racist or homophobic, misogynistic or against immigration or voter’s rights.

We’re being tested, Sharpton says, and challenged to “make America great” — for everyone. The transition from Barack Obama to Trump, Sharpton writes, was from a transformational leader to a transactional one.

Trump — who Sharpton says he’s known for decades as just a guy from Queens, a deal-maker, just another politician — is one of the many politicians and celebrities Sharpton knows and talks about in “Rise Up,” including Dr. Martin Luther King Jr. Barack Obama, Nelson Mandela, Bill and Hillary Clinton and Shirley Chisholm. James Brown was like a father to him, Sharpton writes, and Aretha Franklin was a friend.

Moving forward, Sharpton says, white allies must step aside and make room for Black leaders in issues where Black lives are most affected. Black activists shouldn’t ignore the fight for LGBTQ rights because they, too, are human rights — as are issues of climate change. And as for staying “woke,” Sharpton suggests, remember that waking up means getting up, too.