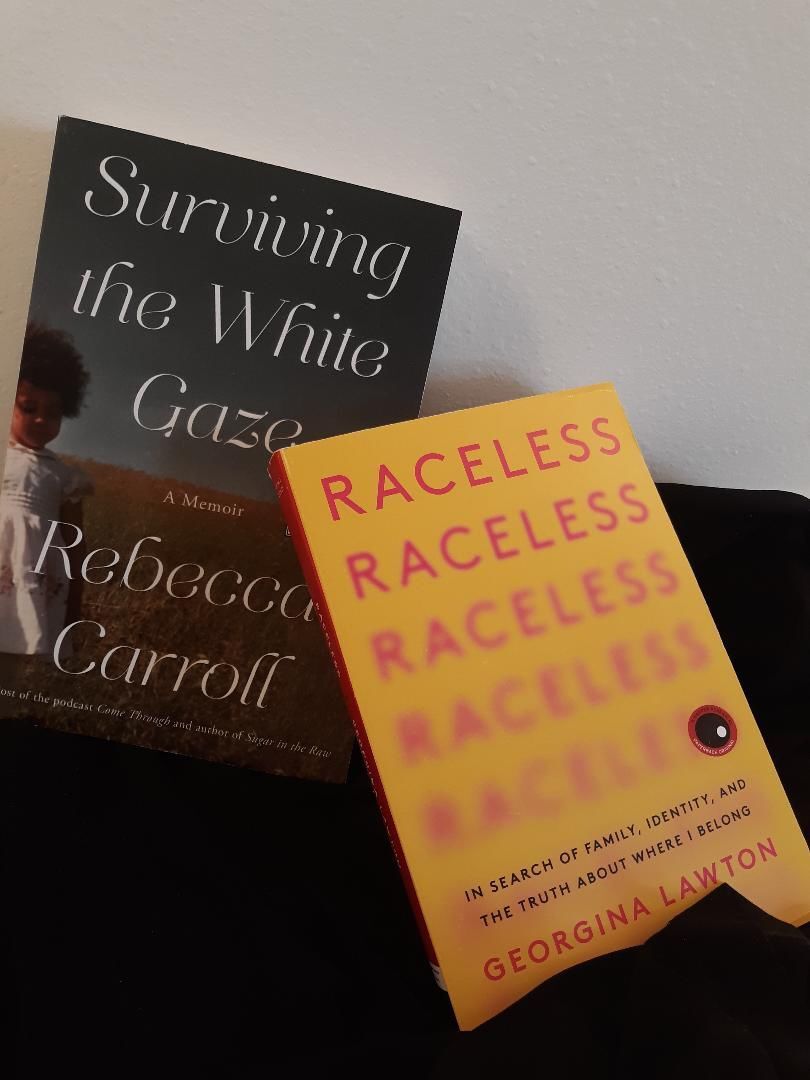 That’s a question some people never ask themselves: Seemingly intuitively, they know the answer at birth, and they don’t think about it again. Then there are those who struggle with knowing until their last breath. Still others have stories to tell about their search to learn who they are. Read on ...

One big secret-not-secret lies at the heart of “Raceless” by Georgina Lawton.

Born after a long labor in a London hospital in 1989, Lawton was the child of a white British father and a white Irish mother, and with her black hair and deep brown eyes, she “was not the baby they had been expecting.”

To save face, her conception, the result of a one-night stand, wasn’t talked about and her curly hair and brown skin was blamed on a genetic quirk on her mother’s side, end of story. Lawton was raised with love, never questioning anything until four years ago, when she took a DNA test that indicated Nicaraguan ancestry.

Her father had died by then, and her mother refused to discuss it.

The frustration and the not-knowing sent Lawton on a round-the-world excursion, from Great Britain to Nicaragua to the United States, South Africa and elsewhere, in a search for racial identity.

This book is the result: a thoughtfully written, beautifully told look at Blackness, culture and love. It’s a story that sometimes reads faintly like a travelogue but one in which the search isn’t for interesting sites, so much as it is for insight, making this a quietly persistent, personal and wonderful story to enjoy.

Like Lawton, Rebecca Carroll grew up in circumstances that were unique: As a little girl, she was literally the only Black person living in her small New England town. In “Surviving the White Gaze,” she writes about a picture-perfect childhood, the beliefs she was raised with, a feeling that there was something amiss and her ultimate reckoning.

The story of how she was born and entered her family’s lives was something Carroll knew from an early age. Unlike Lawton’s family, Carroll’s parents never hid anything from her. She was told the names of her birth parents, and she knew some of the woman’s close relatives, so it’s a bit of a surprise that meeting her white birth mother was rather anticlimactic.

Still, that meeting and the subsequent relationship they forged left Carroll walking a long, fine line between two mothers and looking for the identity she craved all along.

“Surviving the White Gaze” is good: It’s full of nostalgia for anyone 50 and older, and it perfectly explains the inner turmoil and delicate balance of straddling two worlds while searching for place. Also, though, it’s heavily peopled and the number of names you’ll need to keep track of can be a challenge. Just beware and take this thoughtful, thought-provoking memoir as it comes.

Then, once you’ve devoured these two books, there’s good news: In the last few months, many authors have taken this journey of identity and are willing to share.