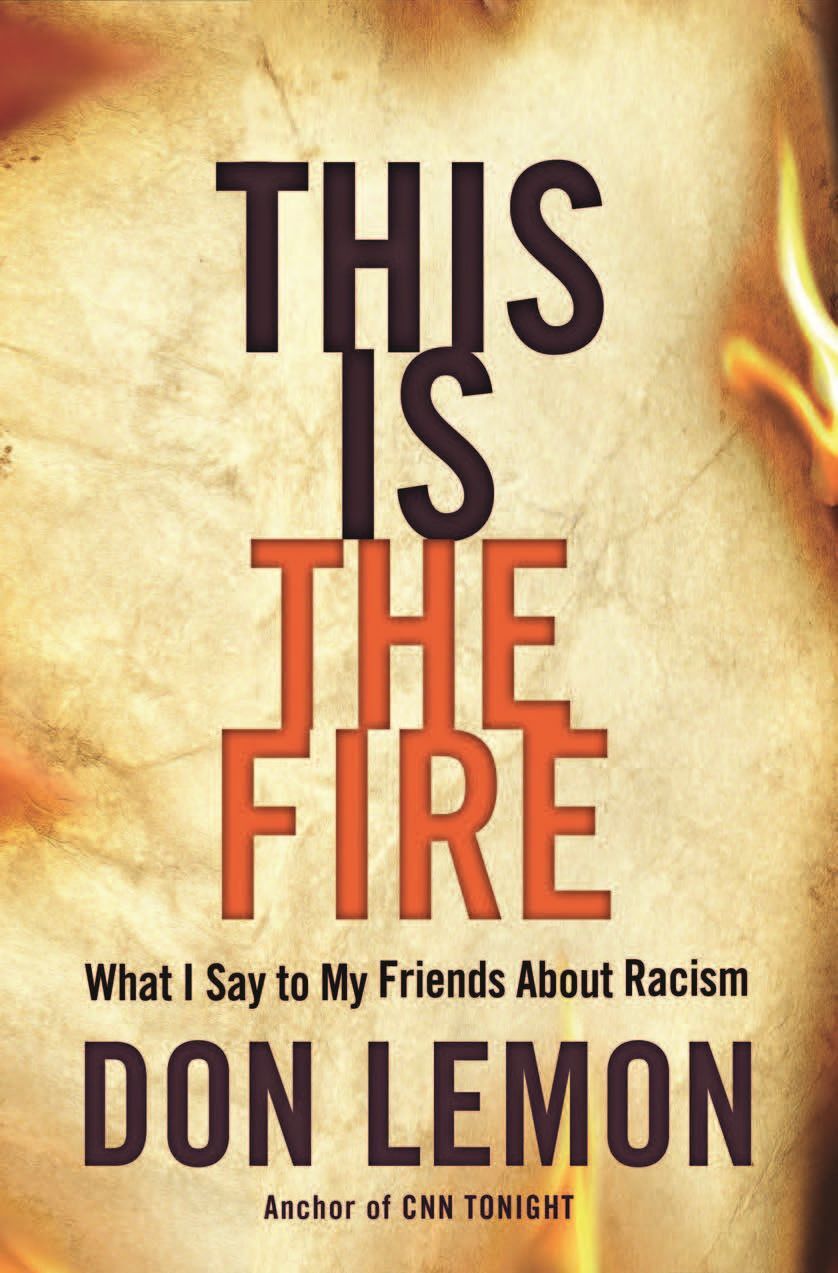 This is the Fire

This makes your blood boil.

This. The racism gone amok, discrimination, the protests that don’t seem to work, nobody’s listening. You’re hot under the collar over it all, totally inflamed, ready for real action, and in “This Is the Fire” by Don Lemon, you’ll find some sometimes-warm, sometimes-scorching thoughts to sit with first.

Coincidentally or not, as the trial in Minnesota is taking place, this book opens with a poignant letter from Lemon to his young nephew on the evening of George Floyd’s death. Lemon writes of the legacy he got from his parents, his grandmother and his beloved older sister, and he tells his nephew that the boy is “old enough to know what’s going on ...”

There’s been enough complacency: “Silence is no longer an option.”

Once was a time, though, when things were kept quiet.

Raised by an extended family of women, he heard stories of voter suppression, the denial of education and too many hard times. Several years ago, Lemon went to Africa with his mother, to a fortress where slaves left that continent; he grew up in Louisiana and knew about the area’s dark past. He acknowledges that things have changed; that some things are “’different this time’,” but they’re still the same, whether you live in poverty you’ve been manipulated to be in or you live in a well-to-do enclave and try to “Shop While Black.”

Racism, he points out, is so endemic that we don’t always see it or know its entire history. We condemn white supremacy without understanding how it ever existed in the first place, we march to “defund the police” but forget that many Black families likewise fear a neighborhood without them.

“Racism ... is a contagious assailant,” he says.

“Healing is you and me standing on the John Lewis Bridge. We can get there ... if we’re willing to do the work.”

As today’s books go, “This is the Fire” is pretty thin. It doesn’t look like much, but dive inside for 10 minutes and you’ll see that it’s thick with hope.

And yet, one might argue that, despite that the words here are fresh and current, author and CNN Tonight anchor Don Lemon doesn’t tell readers much that’s new. George, Breonna, Jacob, Stephon, Sandra, their names are familiar. Readers get a bit of biography and that delicious Lemon sense of wry humor, but what else?

Lemon’s thoughts are the kind that make you gasp. They’re I-never-saw-it-that-way avowals that leave room for self-education, reparation with wisdom, honest reflection and fixing what’s so deeply and wrongly embedded in this country.

They demand that you think. Now.

And so, whether you’re up for a heated argument, a fiery debate or just a warm talk with someone, this is the perfect time to read those words. “This is the Fire” will spark a discussion.