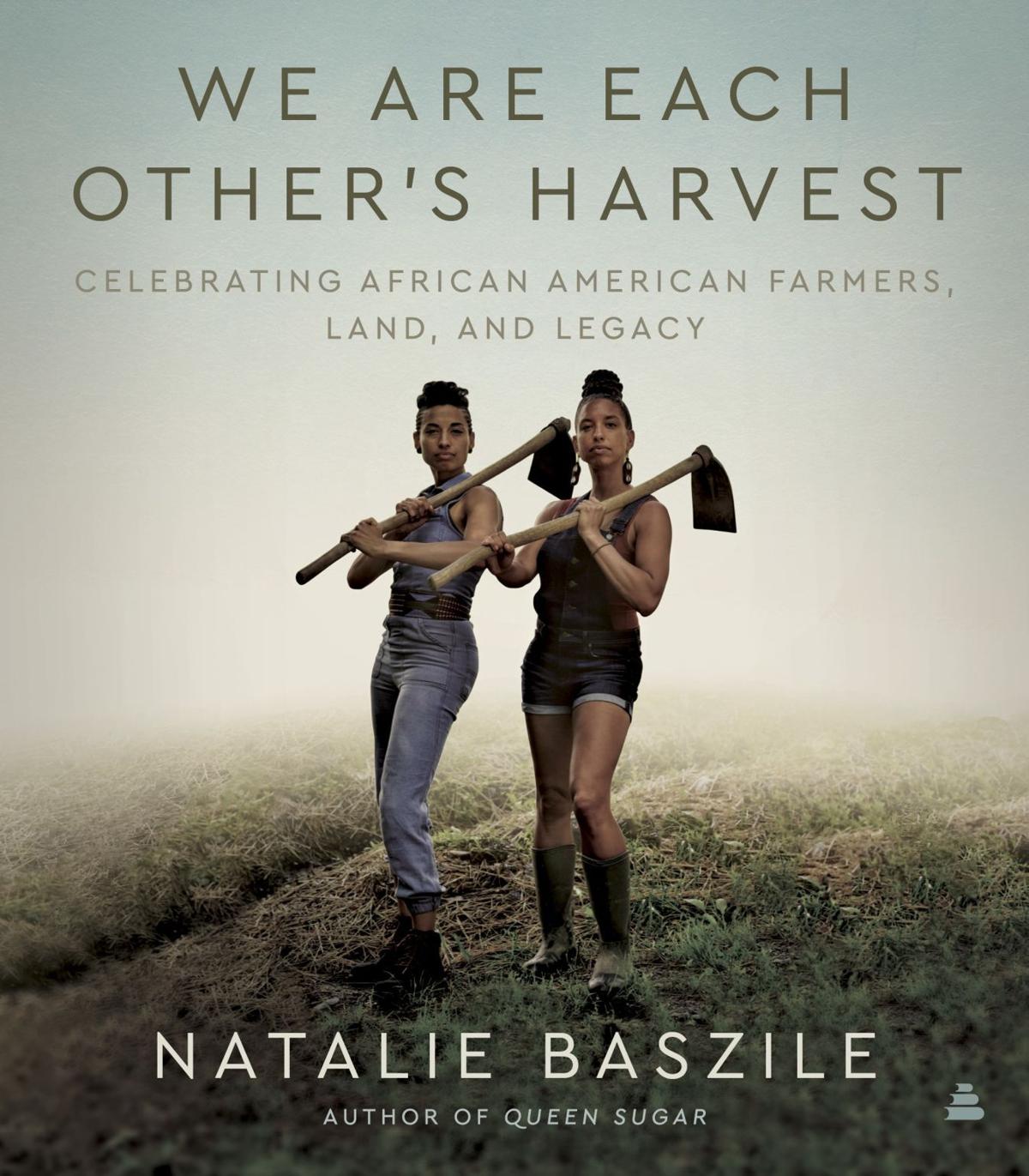 We Are Each Other's Harvest

One little hole in the ground.

That’s all it takes, as big around as your little finger, a pencil eraser, a coffee stirrer. A tiny fissure in the Earth, that’s what you need to grow dinner next week or next winter, flowers for your table, sustenance for your animals or, as in the new book “We Are Each Other’s Harvest” by Natalie Baszile, a tie to your past.

Years ago, while taking weekly provisions to an elderly relative, Baszile learned that the presence of food in a neighborhood (or its lack) could be a racial issue. Shortly afterward, she discovered that her ancestors had been involved in farming, long before she was born. That’s not unusual: As we learn in the introduction here, nearly all African Americans today can claim that farming is in their genes.

It’s never been a smooth thing, though.

Over and over in previous decades, Black farmers paid faithfully each month to buy farms from white landowners, only to ultimately, cruelly be denied ownership. Others persevered and then lost their land through lack of financial literacy or problems with banks, the Food and Drug Administration or the Farm Service Administration, the latter which, suggested one farmer, seemed to have been created to make problems.

And yet, there were bright spots: Like folks a century ago, Black farmers know that sticking together is best for all. They’re speaking up and persevering, in planting and paperwork. Black farmers have learned to think around bigger issues by forming Black-owned co-ops, teaching new farmers, making sure the next generation wants ownership of the business and ignoring old myths that say women don’t farm. Black farmers are mentoring. They’re redefining the word “farm.” They’re doing what it takes to keep possession of their land because for them, there just isn’t any better way to live.

So you know where your food comes from. Bonus points if you grew it yourself. Even better, when you read “We Are Each Other’s Harvest” after you’re done weeding.

Using a little of this (fiction excerpts, poetry and quotations), along with a little of that (essays, interviews, first-person tales and history), Baszile gives praise to Black farmers and ranchers, showing that what may seem like a newly discovered connectedness to the land goes way back. It is, in fact, a slice of the past that’s rich as a fertile field but also loaded with rocks that crushed many dreams.

And yet, while the stories Baszile lets loose need a wider audience today — they can’t be silent anymore — anger at the past isn’t the reason for this book. No, this is much more of a prayer for the Black stewards of the land and for those who’ve listened to their hearts and stood, one hand filled with dirt and the other with seeds.

Whether you are a farmer, know one or accept the fruits of one’s labor, this book is the perfect meditation. Lush as a spring morning but sharp as barbed wire, “We Are Each Other’s Harvest” is a book for the well-grounded.