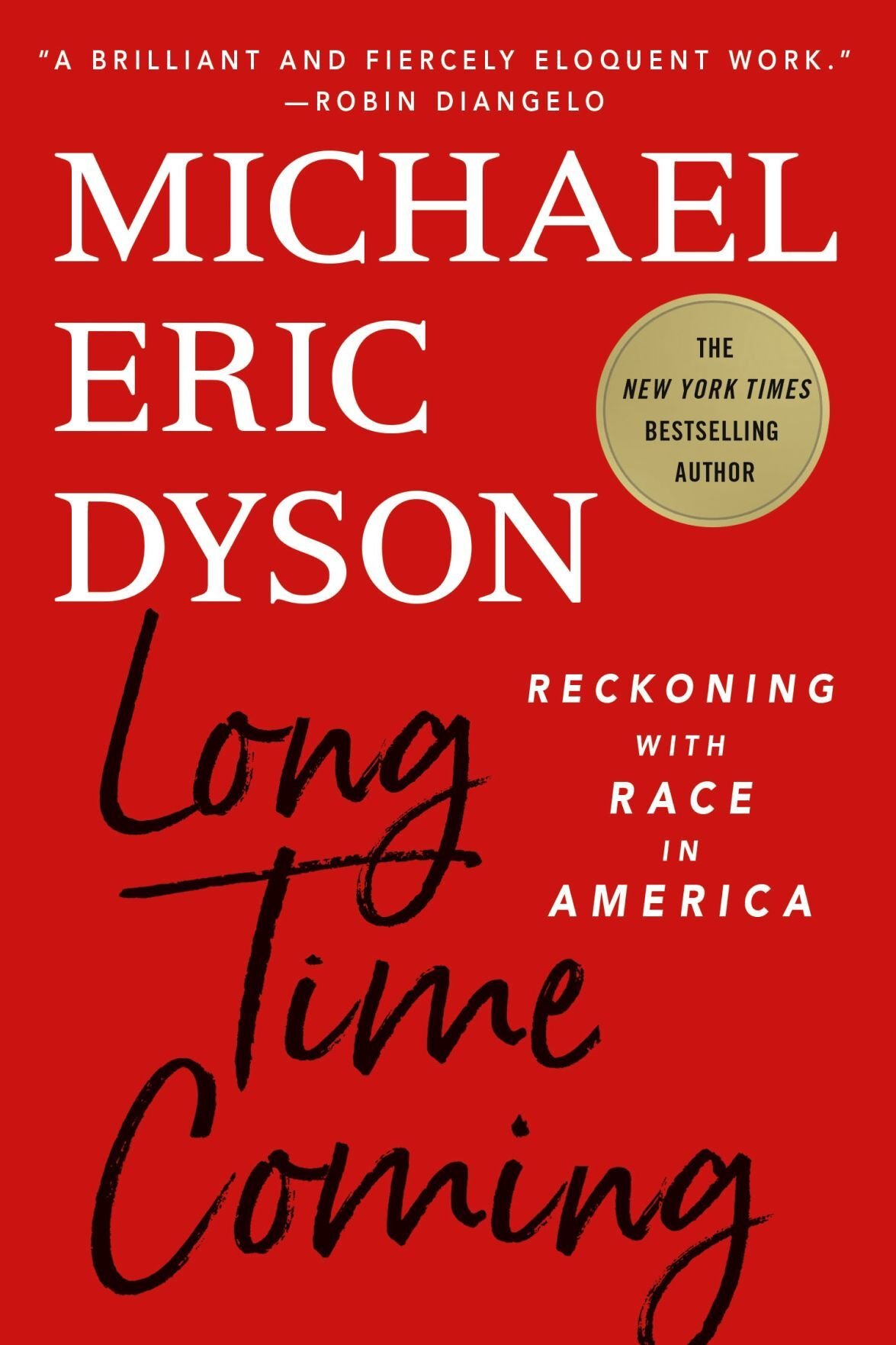 No, real mail, delivered by a carrier in a mailbox outside your door. It doesn’t happen very often, and it’s rarer if there’s a letter in those envelopes because everybody you know texts or emails and a handwritten, lick-the-envelope, put-a-stamp-on-it letter is so old-school. Who even writes letters anymore?

Author Michael Eric Dyson, that’s who, and in “Long Time Coming,” you’ll want to read them. Among his thoughts:

“Dear Elijah McClain,” when the grief of history is a part of a burden, the pain of now becomes keener and the action more urgent. “Black death” has been in this country for more than 400 years. We know how Elijah died and the knowledge is unbearable. It’s time for a “reckoning.”

“Dear Emmett Till,” it hurts to know that if you were a boy today, your life could be taken as easily as it was in 1955. Maybe not the same way, but taken nonetheless, and the fact that it happens is something most white folks don’t see. We need all eyes opened.

“Dear Eric Garner,” when George Floyd died, it echoed what happened to you, You said you couldn’t breathe; Floyd said he couldn’t breathe. Neither of you were real troublemakers, but both of you called out in pain to the “blue plague,” and lost your lives anyhow.

Why is it that Black women are victims, too, but we don’t talk about them quite as much as we do Black men?

“Dear Breonna Taylor,” there’s irony in the fact that you served as an EMT, but the city you served gave you no justice after you died.

“Dear Hadiya Pendleton,” we can’t use “cancel culture” as justice. No, “dear Sandra Bland,” we must eliminate “white comfort” before we can end the lack of knowledge that contributes to the end of Black lives.

As you may have guessed — especially if you’ve read any other works by Dyson — there’s a lot to unpack inside “Long Time Coming.”

It starts without preamble, as Dyson dives straight into his series of letters written to Black Americans whose deaths demand a reckoning with racial issues. This abruptness is unusual in a work of nonfiction, and it forces readers to pay immediate attention.

Though there’s much repetition from story to story here, each chapter examines a separate aspect of racism by speaking directly to a deceased individual while also referring to another. There’s an urge embedded in this, to understand each issue before dismantling it and to see how it matters.

Readers also may find Dyson’s choice of subjects to be interesting; there are other victims of racial violence he could’ve picked, as evidenced by his long list of names, each of which begs to have their own stories told.

Perhaps the most crucial thing about this book, though, is that it’s not so much for Black readers as it is for white ones who metaphorically started school late last May. Respectful discussion, soul searching, urgency: if that’s what you need, “Long Time Coming” delivers.

I recently finished "Stamped from the Beginning - The Definitive History of Racist Ideas in America" by Ibram X. Kendi. It lives up to its subtitle, covering the evolution of racism since the 16th century. The four themes of the book - racism, segregation, assimilation, and anti-racism - are illustrated through biographies of 5 Americans - Cotton Mather, Thomas Jefferson, William Lloyd Garrison, W.E.B. Du Bois, and Angela Davis.