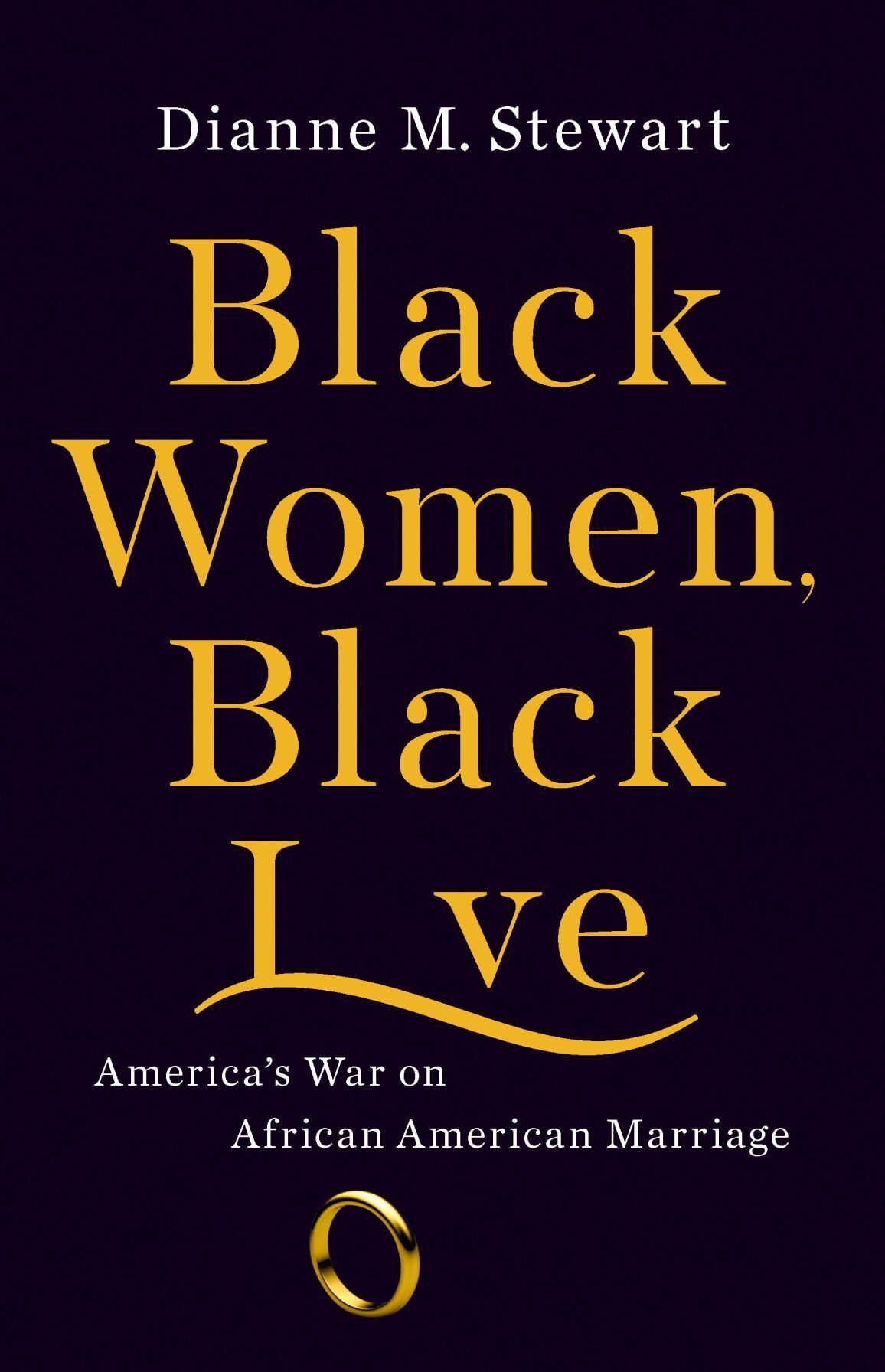 You can’t stand to watch another happily-ever-after movie again.

You’re done with all those romance novels, tender songs of love and dreams of flowers every Valentine’s Day. Statistically speaking — and being realistic — that stuff isn’t in the cards for you, and in “Black Women, Black Love” by Dianne M. Stewart, you’ll see how this might’ve happened.

According to the author, about a decade ago, the U.S. Census Bureau released a sobering fact: Nearly 3 out of 4 Black women in America weren’t married. More than half of those women had never even been to the altar and, says Stewart, it wasn’t their fault.

“The trouble is not with Black women failing to value marriage,” she says, “it is the shrinking demographic of those whom Black women want to marry.”

The issue, she says, goes back to the time of slavery.

By the very act of being brought to America on slave ships, African women were separated from husbands, families and cultures and, once here, were shuffled from place to place, Stewart writes.

For young enslaved women, then, finding a new partner often meant looking elsewhere, “on different estates,” leading to more separation. Sometimes, slave women had no choice in partners, period: They were told who they were going to marry and procreate with.

Post-war, it was discovered that some of the unions created or forced during slavery weren’t always recorded, leaving former slaves with multiple spouses, scattered families, invalidated marriages and war-widows who couldn’t prove their status, Stewart writes.

By the early 1900s, Black women began losing their husbands — and their own lives — to attacks and lynching. In the 1930s, Aid to Dependent Children (later, AFDC) was created; by the 1960s, such programs “punished Black love” through programs that essentially sent Black men away from their families. And in this century, the astronomical rates of incarceration of Black men of marriageable age mean fewer Black men on the “marriage market.”

So, will Black women ever “have it all?”

It’ll take some adjustment, as Stewart indicates, and the solution may be controversial and absolutely will require change in government, in our collective attitudes, and within an individual woman’s mindset.

To be clear, this isn’t a how-to guide. It’s not even a relationship book, really. Instead, “Black Women, Black Love” lays out an eye-opening, painful, provocative history lesson that points solidly back to, and underscores, Stewart’s point: Black Americans — men and women — have been manipulated for centuries toward a dearth of romantic options, through no fault of their own.

And yet, before offering a number of ideas for change within the Black community, Stewart reserves some blame for Black Americans themselves. She points, for instance, at perceived “value” that allows unmarried Black men to “develop simultaneous relationships” and delay settling down, and she examines Black attitudes toward dark and light skin and perceptions of marriageability.

This leaves readers with thought-provokers, things to reflect upon and reasons to roll up their sleeves. There’s work to do.