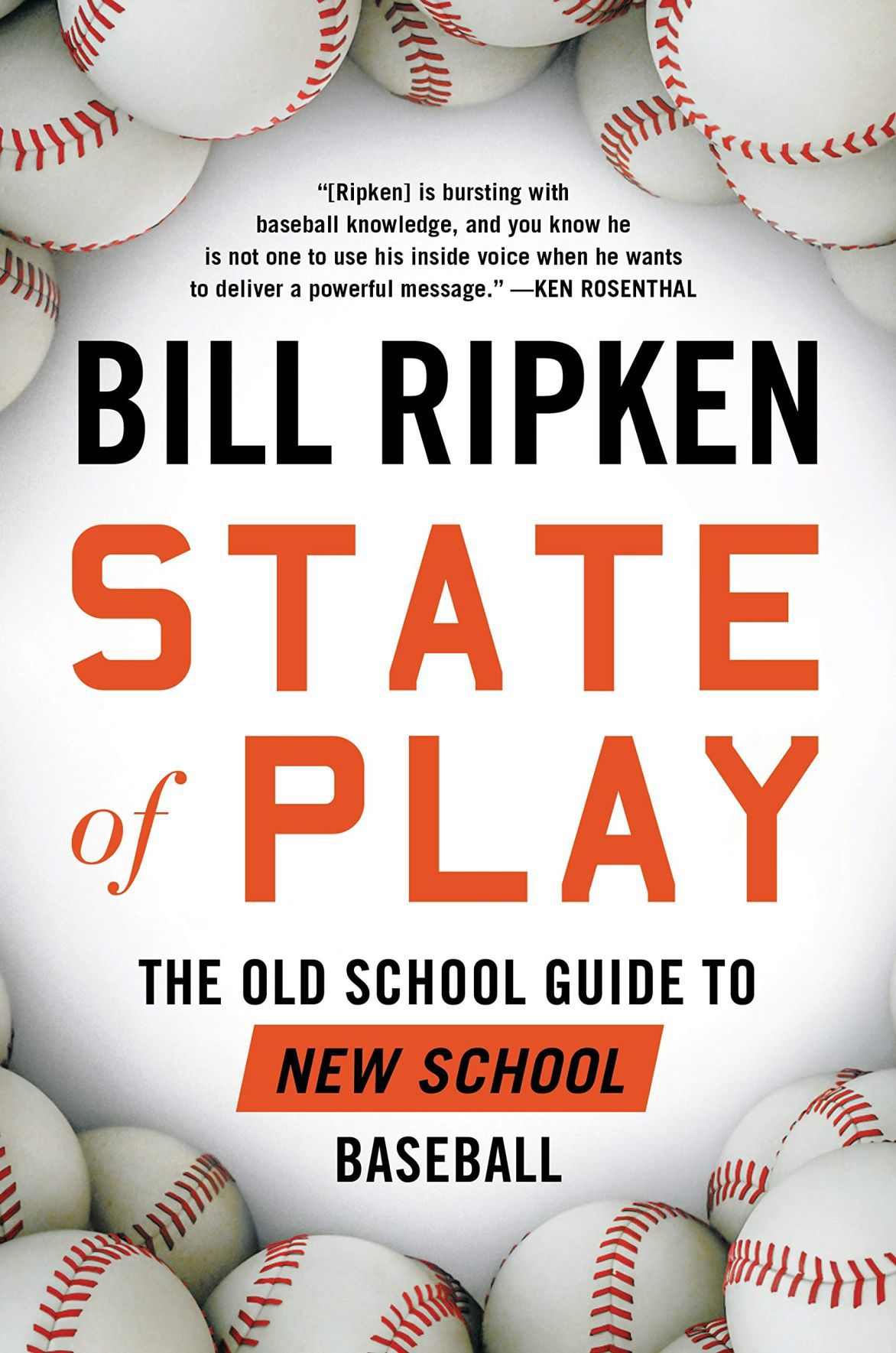 Elbows loose, feet comfortably apart, shoulders and hips perpendicular to the mound, hands by your shoulder, eyes on the pitcher.

It's a basic recipe for batting that every good player knows and knows how to change to fit a situation. And what else about baseball has changed? Find out in "State of Play" by Bill Ripken.

There are two ways of looking at baseball: old school and "new school."

So says Ripken, and he thinks that while new school "things are different... they may not be as good as they once were." We talk about baseball differently, for one, and we look at statistics that never used to exist.

When Ripken's father, Cal, worked as a player-manager for the Orioles organization, he didn't have a computer or stop-motion recall on a screen. He filled out nightly reports from memory, wrote his thoughts by hand, lived the game, played the game, even drove the bus when needed, and he knew that a win wasn't a do-or-die goal, particularly when the season was young.

He had four tenets that he called "The Ripken Way," and the first one mandated simplicity.

That, as Bill Ripken suggests, doesn't apply to baseball anymore.

Take, for example, pitch framing: The author says those stats aren't important. Improving a launch angle is something he doesn't completely understand. He imagines tunneling in a way that makes it make sense (and he wishes he'd cashed in by naming it years ago). WAR (Wins Above Replacement) doesn't, as he sees it, have one cohesive definition; and automated strike zones change, depending on the hitter, thus are not able to be calibrated. Line-ups, at least for the first five players, aren't created like they used to be. RBIs aren't even the same, and Ripken says there are other terms that he can't quite clarify.

And the big question is this: Are the players even using these stats?

So, let's say you're the kind of baseball fan who casually likes to listen to the game as background noise while grilling, washing the car, gardening, cleaning house. This isn't really a book for you, just so you know.

Instead, Ripken speaks to those rabid fans who think that more stats equals more science to the game of baseball even though, as he believes, these additional game bullet points don't enhance the way the game's always been played, and they might even leave a fan baffled.

More bafflement: Ripken seems to sometimes contradict himself, often in the same paragraph, leaving readers to wonder if they've actually caught what's been pitched or if something's out in left field.

Readers who are dedicated fillers-out of statistic booklets won't call that a strike, however, nor will those who've welcomed the changes that have been made to the game itself. If that's you, this book by a "qualified, crusty baseball man" is perfect for argument-enders or debates. If you're not so into all that, though, "State of Play" is likely a book you'll just bat away.