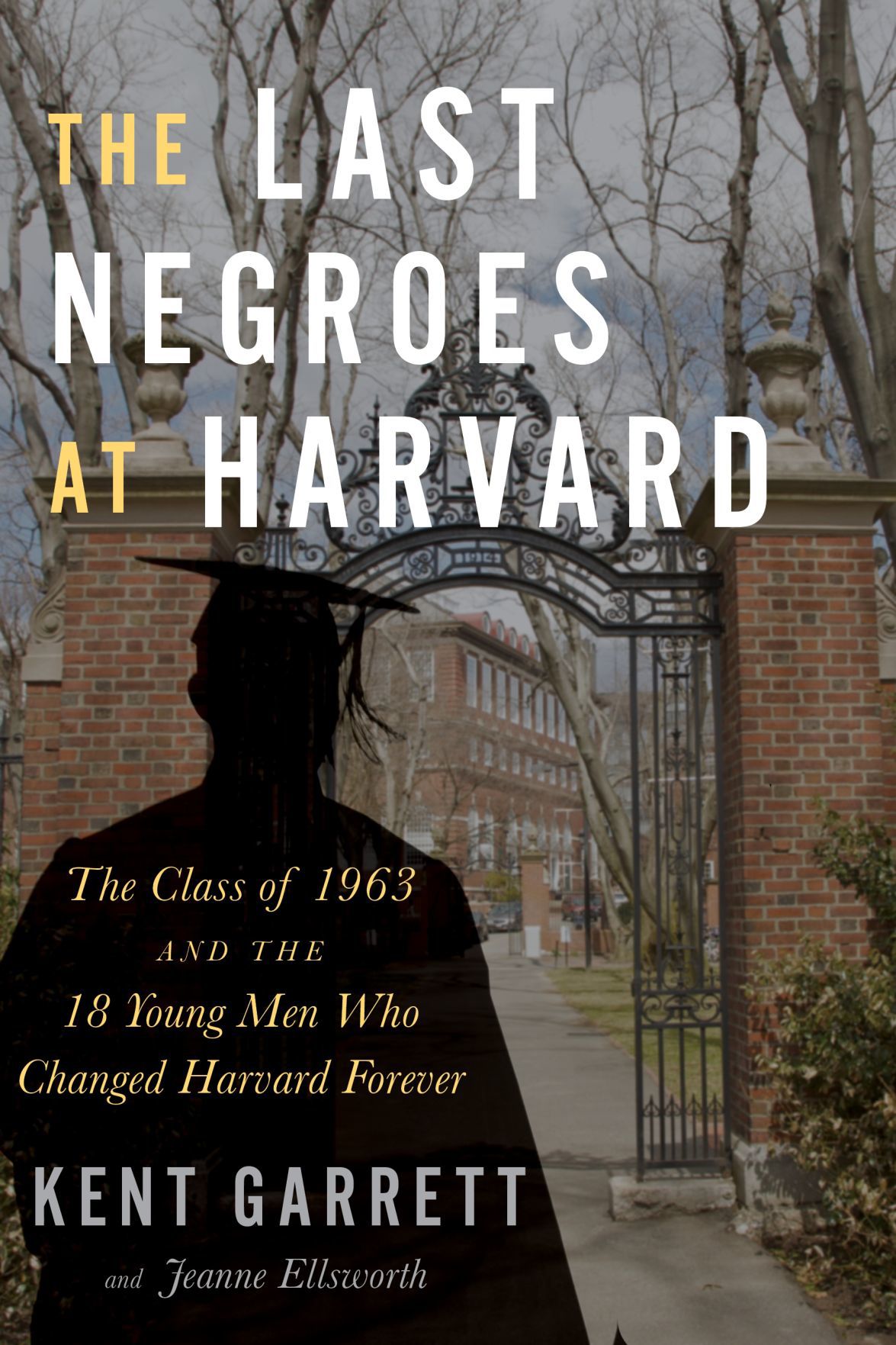 The Last Negroes at Harvard

Skipping school, good teachers, hard lessons, practical jokes, smelly lockers, remember? If you don't, your oldest friends probably do. As in the new book "The Last Negroes at Harvard" by Kent Garrett with Jeanne Ellsworth, they were there alongside you when everything happened, remember?

For many years, Garrett claimed that he "rarely thought about Harvard." Yes, it was his alma mater, but there was more to him than his graduation from an Ivy League school. He had a career and, later, a dairy farm to run. Being one of a handful of "Negro" graduates from an esteemed college was a small part of who Garrett was.

But then he discovered that a Harvard upper-classmate died, and he began to do what he said he didn't: He thought about Harvard.

Garrett was just 17 the fall of 1959, when his family drove him to Harvard and helped him carry his belongings to a room he'd share with another boy, one who also happened to be a "Negro." There were, as Garrett later learned, 18 "Negroes" in the class of 1963, scattered among various dorms. Eventually, he met most of them, and they gathered daily to eat lunch; they also socialized together because, although Harvard strove to avoid racism, social segregation off-campus was still generally mandatory.

As they moved into their dorms that fall, Americans were just learning that the Soviet Union was capable of launching missiles from submarines. A war in a country halfway across the world had its first two casualties. Mike Wallace had done a TV report on black Muslims and Malcolm X, shocking white America.

The freshmen who hoped they'd survive at Harvard became sophomores, then juniors, then seniors.

In their college careers, the "Negroes" saw protests and sit-ins, violence and calls for peace. They met people who'd influence history and others who'd die too early. And by the time they graduated, 18 men had learned that they weren't "Negroes" anymore...

It's really hard not to love "The Last Negroes at Harvard" right from the get-go.

Garrett tells his story with a gee-whiz, down-to-earth demeanor that makes friends with a reader quickly. It's a warm tale that can be confusing in its overload of names and nicknames, but Garrett's portrayals of his classmates lets readers know that these young men were nevertheless unique individuals with ideals, strengths and promise.

But this book isn't only about 18 black men.

It's also a snapshot of a burgeoning civil rights movement and a country evolving. We get a peek of life on the edge of change, when college-age men wore ties to dinner. We watch as protests arrived in Boston, "the pill" was whispered about, segregation eased in the North, sit-ins became a thing and language changed, too.

Know that this isn't merely a book of nostalgia for older folks; it's also for younger readers heading for college or for lovers of social history. Sit down with this book and be delighted. "The Last Negroes at Harvard" is one you'll remember.