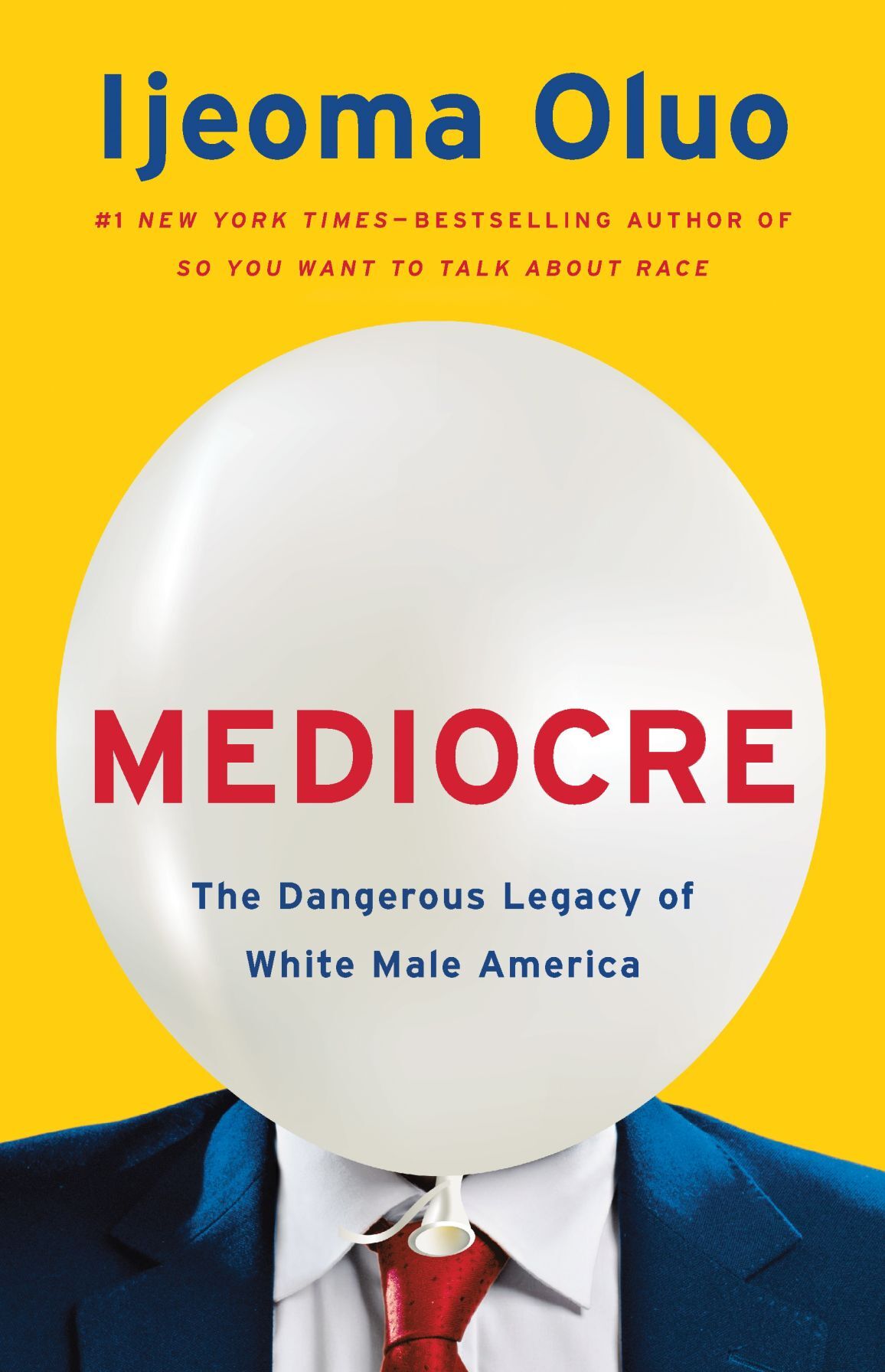 This year, you’re going to roar.

You’re going to seize every opportunity, wrestle every bad habit to the ground and do better than your best. You’re going to kick the universe in the tail. This is absolutely going to be your year — unless, as in the new book “Mediocre” by Ijeoma Oluo, someone’s standing in your way, now and for 100 years.

In addition to a quiet setting and uninterrupted time to write, on a recent retreat for women, Ijeoma Oluo noticed that when socializing, most of the attendees talked about men — but not the boyfriend-husband-partner men. They discussed bad “dudes,” particularly the white ones that largely controlled publishing. That conversation morphed into bad men, white men in general, that are “found just about everywhere ...”

There are, Oluo says, “a thousand memes” that feature the words, “Lord, give me the confidence of a mediocre white man,” meaning that “white male mediocrity is a baseline” from which all power rotates, “regardless of skill ... or talent ...” It’s as if some sort of higher rank should be granted just because those individuals happen to be white men.

None of this is new. It’s been going on for hundreds of years, Oluo says, and Black women aren’t the only ones on the receiving end of it. It exists in the West, as white men fight against white men over land that white men stole.

We see white male privilege all over politics, from the top down and especially in political arenas where white supremacy exists, she writes. It’s been on college campuses, and in places of higher education where Black people were historically denied entrance. It’s in the workplace, where Black women continue to make far less money than their white male counterparts. the author says.

White male privilege exists today in economics, pro sports, in language, in an ignorance of history and the contributions of Black men and women, and in entertainment. It’s a “very dark place,” Oluo says, and there are things every American can do about it — starting with two things: an acknowledgment that we need white men and an admission to our complicity in this terrible, untenable legacy.

Got a few days to read? Yeah, and grab a packet of those sticky-flag things, too. “Mediocre” is a book that practically demands them; though this isn’t a 700-page manifesto, there’s that much information inside its covers.

What’s more, Oluo asks readers to think about her words, and not lightly. This is a read-a-few-paragraphs, put-it-down kind of book, making you live with the facts before moving forward.

Oluo uses stories to illustrate many of her points, diving into American history, politics and economics to help readers see how quietly, totally entrenched white male privilege is — and has been. Most eye-opening are her many statements of relevancy, showing how white males enjoy other cultures blithely, often while denigrating those very cultures.

Be prepared to give yourself plenty of time with this book — it needs that. And then be prepared for action because “Mediocre” is going to make you roar.