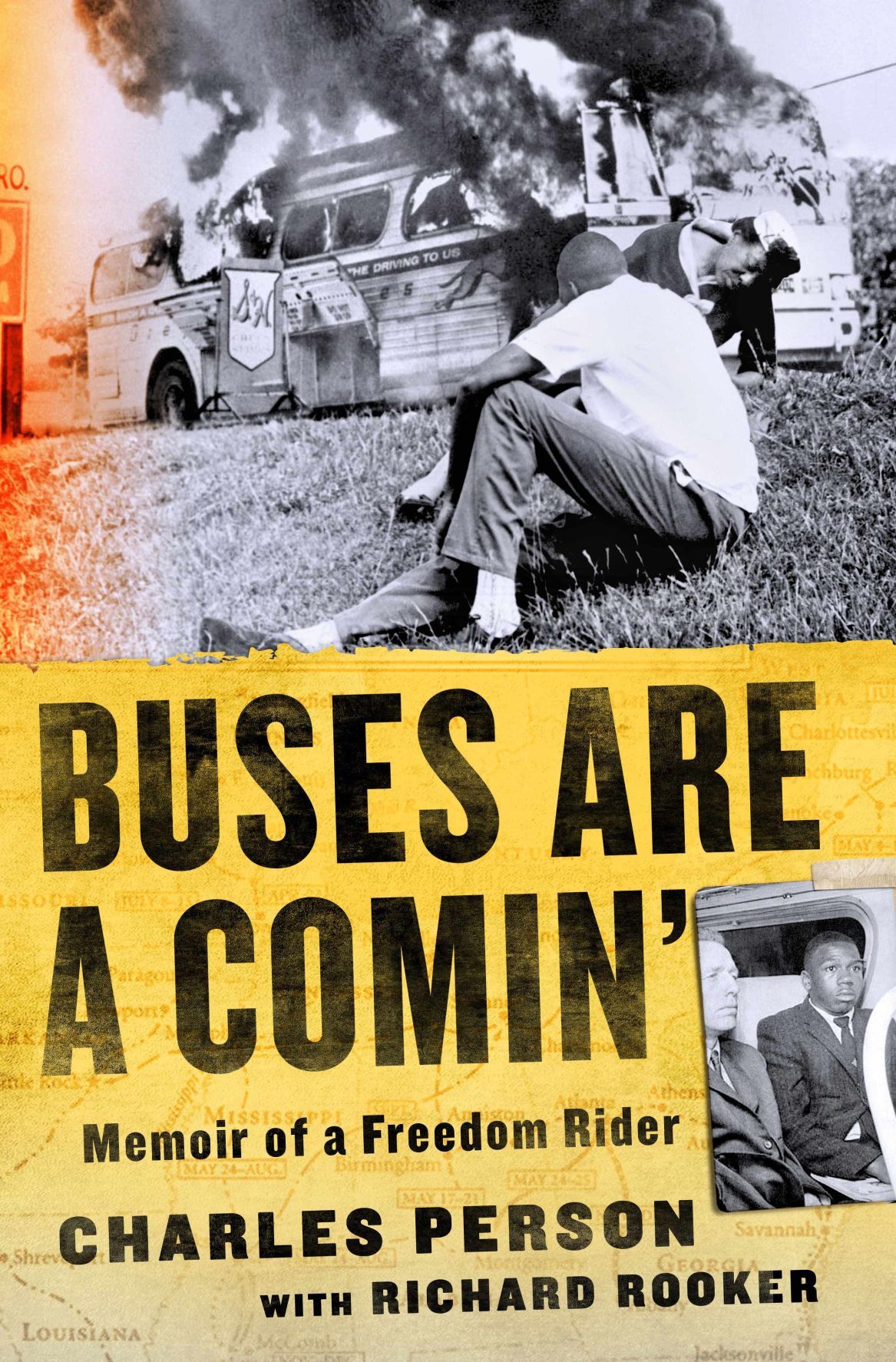 Buses Are A Comin'

Your seat has been reserved.

You’re excited about this trip but also nervous; you’ve never been where you’re going and you hope this is a one-and-done trip. Still, going there is necessary for you and for the future so grab your bags. Author Charles Person says “The Buses Are A Comin’” and you’re onboard.

He didn’t know it then, but Person grew up in poverty.

His family was rich in love, wealthy at mealtimes, affluent when it came to lessons; they had an abundance of fun, but he was in 10th grade before he realized that his extended family lived in a tenement on the south side of Atlanta, in Buttermilk Bottom.

His father worked two full-time jobs to make ends meet. His mother was a domestic and, in effect, had “two families.” He’d never thought about the facts until then, and it shamed him.

Two years later, when he was about to graduate from high school, he was enraged when he had to turn down his preferred college because of lack of money. It seemed to be the final insult after a lifetime of insults, and he railed against it, until his grandfather asked Person what he was “going to do about it.” Papa demanded an answer. Person decided on a historically black college that was close to home, one he could afford.

After walking 3 miles from his home to Morehouse, the first day was awkward but Person stayed. He wanted the education, wanted to follow the words of John F. Kennedy, who asked what he could do for his country. As it happened, at this same time, the indefatigable civil rights leader Lonnie King was in Atlanta, too.

When told by an Atlanta department store owner to go home and take his fellow protesters with him, King vowed to come back in the fall with “thousands.”

Sometimes, it seems that in a haste to tell the story, history glosses over many details. “Buses Are A Comin’” sets many omissions straight — after it tells a tale so intimate and so filled with joy-cum-despair that it nearly takes your breath away.

Indeed, Person tells his own story so well that you can feel the floorboards sway in his “tenement” home. Surprisingly, he writes about the many elders who didn’t want their children to march, seeing the danger; and those who did, despite it. There are details here that aren’t discussed much, and other details that add to the national story.

And then Person turns “memoir into memorial” by turning his sights on King, who was obviously a giant in Person’s eyes. King, he suggests, is one of the civil rights movement’s most unsung heroes, but Person doesn’t forget others who marched for change — including his contemporary, John Lewis.

This is a book you hand to readers too young to remember the civil rights movement. It honors, and it sings out names. Read it; “Buses Are A Comin’” will keep you in your seat.