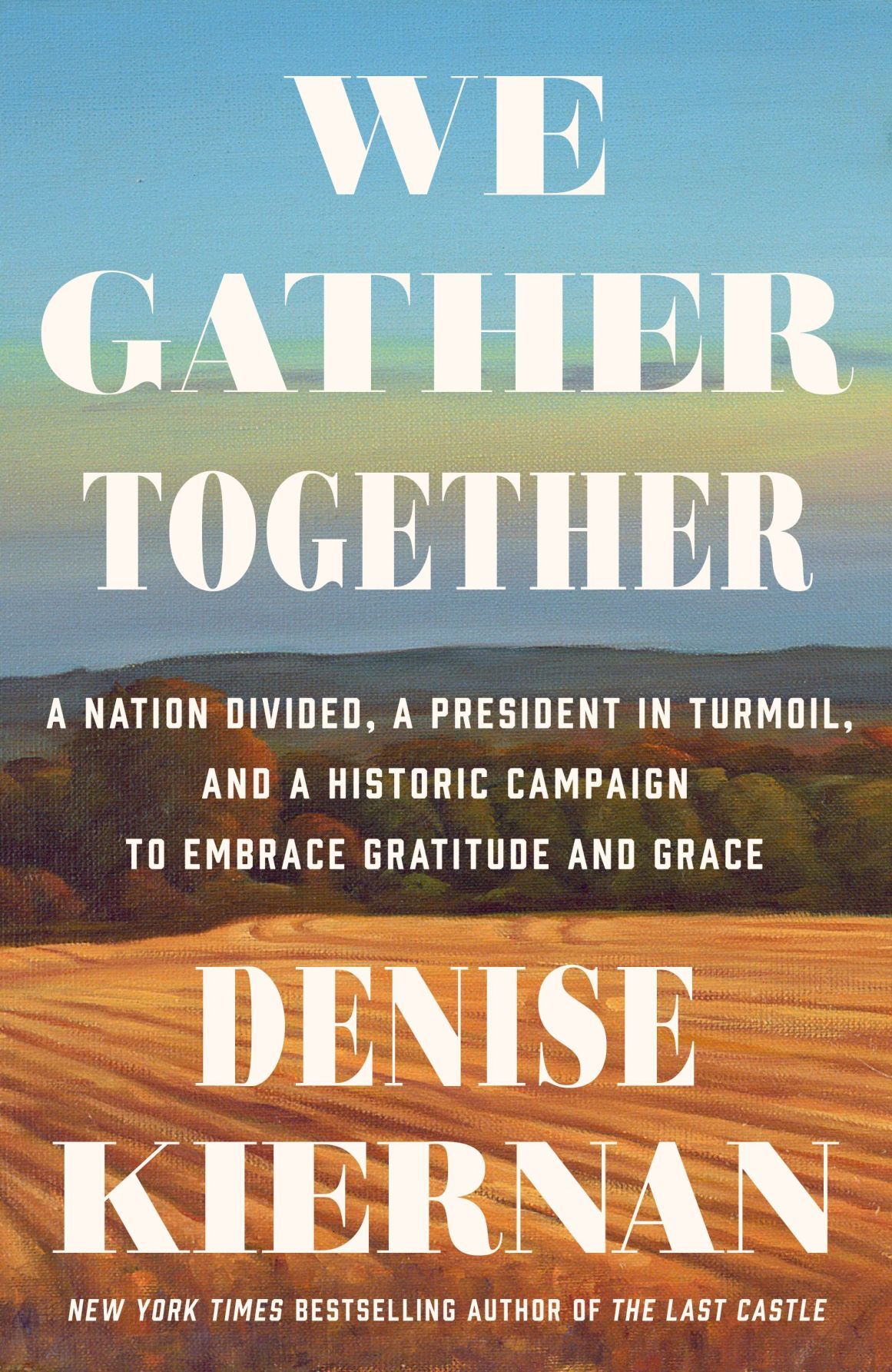 “We Gather Together: A Nation Divided, A President in Turmoil, and a Historic Campaign to Embrace Gratitude and Grace” by Denise Kiernan, 2020, Dutton, 294 pages, $25

That didn’t stop him from having seconds on the pumpkin pie, though; he sure loved Aunt Emma’s desserts. Alas, she won’t be at your Thanksgiving table this year, and neither will Ed.

No, your table will be lighter and your turkey smaller, through politics and pandemics, and in “We Gather Together” by Denise Kiernan, you’ll see what else is missing.

Sarah Josepha Hale had known her share of hardship.

Born in 1788, at a time when it was frowned upon for women to get a higher education, she nonetheless received her lessons second-hand from a beloved older brother matriculating at Dartmouth. Writing became her favorite thing, and it was a comfort after Sarah lost her sister, mother, brothers, father and husband while she was still just a young woman.

Left with five small children, the widow Hale went to work as a milliner, then an author, then as a magazine writer/editor for a women’s magazine. Hale’s words and her ideas were closely followed by thousands of women, and she was well aware that she was persuasive.

That in mind, she set out to rectify something she saw lacking. Gratitude rituals were ancient things; the young United States had held them before but Hale wanted an annual day set aside. And so she asked President Zachary Taylor, and nearly every other president going forward, to institute a national day of gratitude.

Abraham Lincoln finally did as she hoped.

And in 1939, some 60 years after her death, the last piece of Hale’s puzzle fell into place.

So, how does this affect you?

Your table may be missing a few people or dishes this year, but that shouldn’t stop you from honoring the reason for the meal: Thanksgiving, first syllable emphasis. So this year, take time to reflect, and write someone a note of gratitude. Honor Native American Heritage Day. Have a “Zoomsgiving.”

Do it because gratitude changes your brain. Do it because, even in the worst of times, you have much.

At some point, probably back when you were drawing turkeys by tracing your hand, you might’ve learned part of the story behind Thanksgiving. Here, author Denise Kiernan fills in the blanks — the biggest of which is something you might miss, that Sarah Hale spent nearly four decades hoping to make us grateful.

You might feel a little guilty, then, for thinking that “We Gather Together” drags sometimes, but don’t because it does. Kiernan’s calm storytelling works well to snatch a reader’s attention back, however, through soothing thoughts, side dishes of Thanksgiving origins, and stories populated with Hale’s contemporaries, many of whom contributed to American culture in delightful ways that we’ve since forgotten.

Indeed, reading about it is like sampling a bounty: a spoonful here, a nibble there, a giant helping of riches.

This is the book you’ve been wanting since summer, one that calms your soul, invigorates your mind and helps to heal this years’ bruises. Get “We Gather Together” and see if your hands and heart aren’t full.