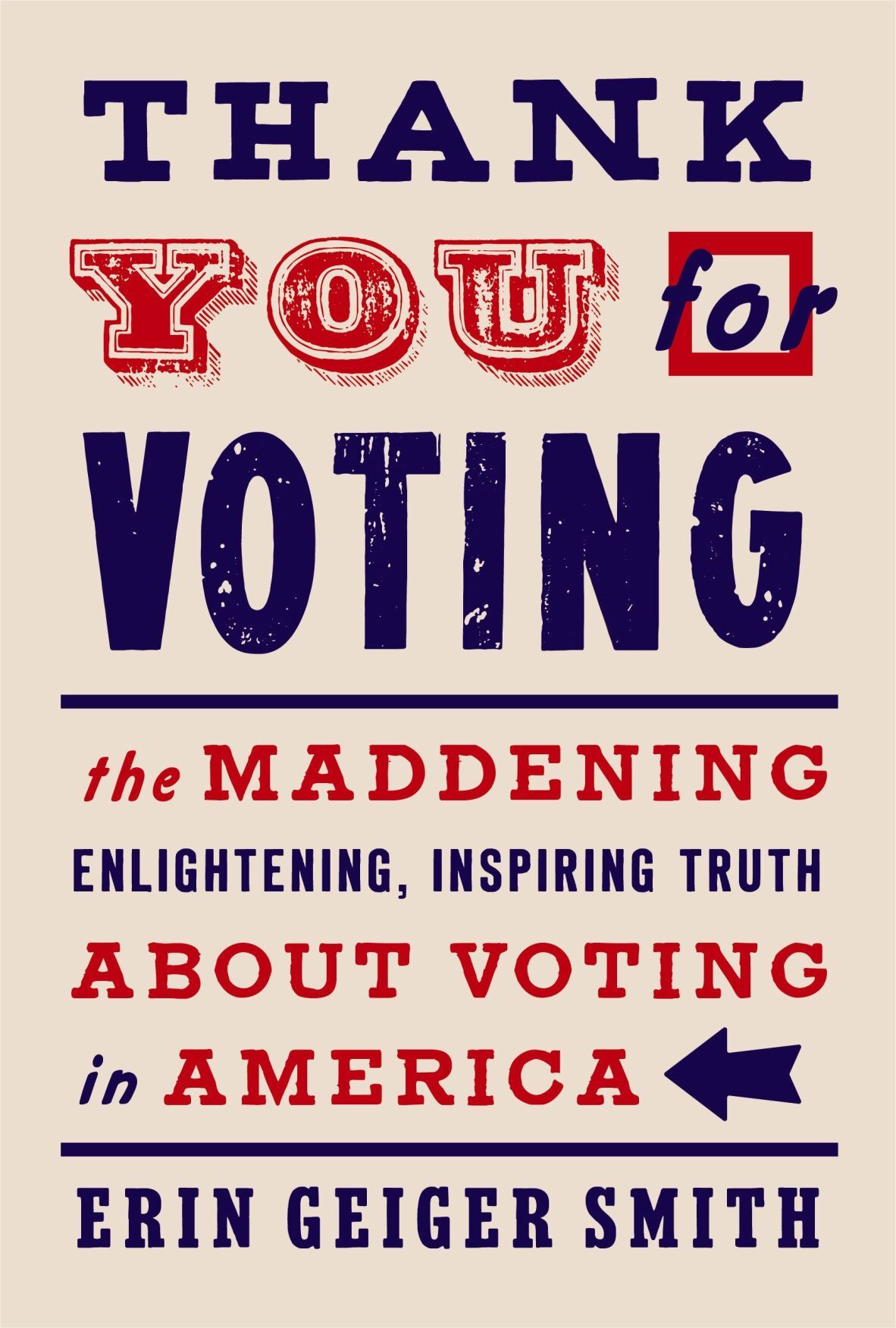 Thank You For Voting

”Thank You for Voting: The Maddening, Enlightening, Inspiring Truth about Voting in America” by Erin Geiger Smith, 2020, Harper, 240 pages, $25.99

The checkmarks marched down the columns like hand-holding toddlers on a day care outing.

You cast your vote for this candidate. You liked what that guy had to say, and this woman thinks like you. You hope this person wins, and that one, and your civic duty is done.

In the new book “Thank You for Voting” by Erin Geiger Smith, you’ll see how you got here and how you maybe almost didn’t.

In the earliest days of this nation, the rules for voting were easy: If you were a white male landowner 21 and older, you could vote.

That rule, says Smith, wasn’t hard and fast: in 1776, Pennsylvania allowed any white male 21 and older to go to the polls, and New Jersey allowed landowning women and free Black men to vote, too.

By 1807, laws began rolling back, until white male property owners had the only say in elections again. Black male suffrage was granted after Reconstruction; it took women more than a century to get the vote, which included Black women — though the latter, like their menfolk, continued to be victims of voter suppression until 1965’s Voting Rights Act, or later. Some Native Americans could vote in 1924, while others were barred until the late 1950s. Some Asian Americans were kept from the booths until 1952.

Today, Smith says, Americans have more opportunities to vote in 10 years than Japanese citizens get in their entire lives. With such an abundance of opportunities to choose our elected officials, why are voting numbers so low?

Many reasons, she says: Convicted felons may or may not be allowed to vote, depending on state of residency. States can set different laws on registration and voter ID issues. Voter suppression and gerrymandering are problems that are in the news right now. People can be apathetic. So how can we ensure that everyone has a voice in our democracy?

We can work toward that goal. We can also model good behavior and vote, vote, vote.

Chances are, you’ve already made up your mind. You know exactly who’ll get your nod in November’s election. Now find out how this wonderful right came to be, because the story’s quite eye-opening.

“Thank You for Voting” is one of those books you might feel like you’ve read already but trust this: Smith is going to surprise you with factlets, shocking statistics and stories of outrage and courage. There’s lots of history in this book but though it might seem familiar, it doesn’t read like a lecture. Readers may find, however, that the most helpful parts of this book are the explanations of voting issues and suppression tactics, why you should stay as informed as possible, and how you can encourage friends and family to join you on Nov. 3.

“Thank You for Voting” is for readers ages 16 and older but if you want to co-read with your children, there’s a child’s version available, too. You probably already know where you stand on this fall’s ballot but just in case, this book checks all the right boxes.