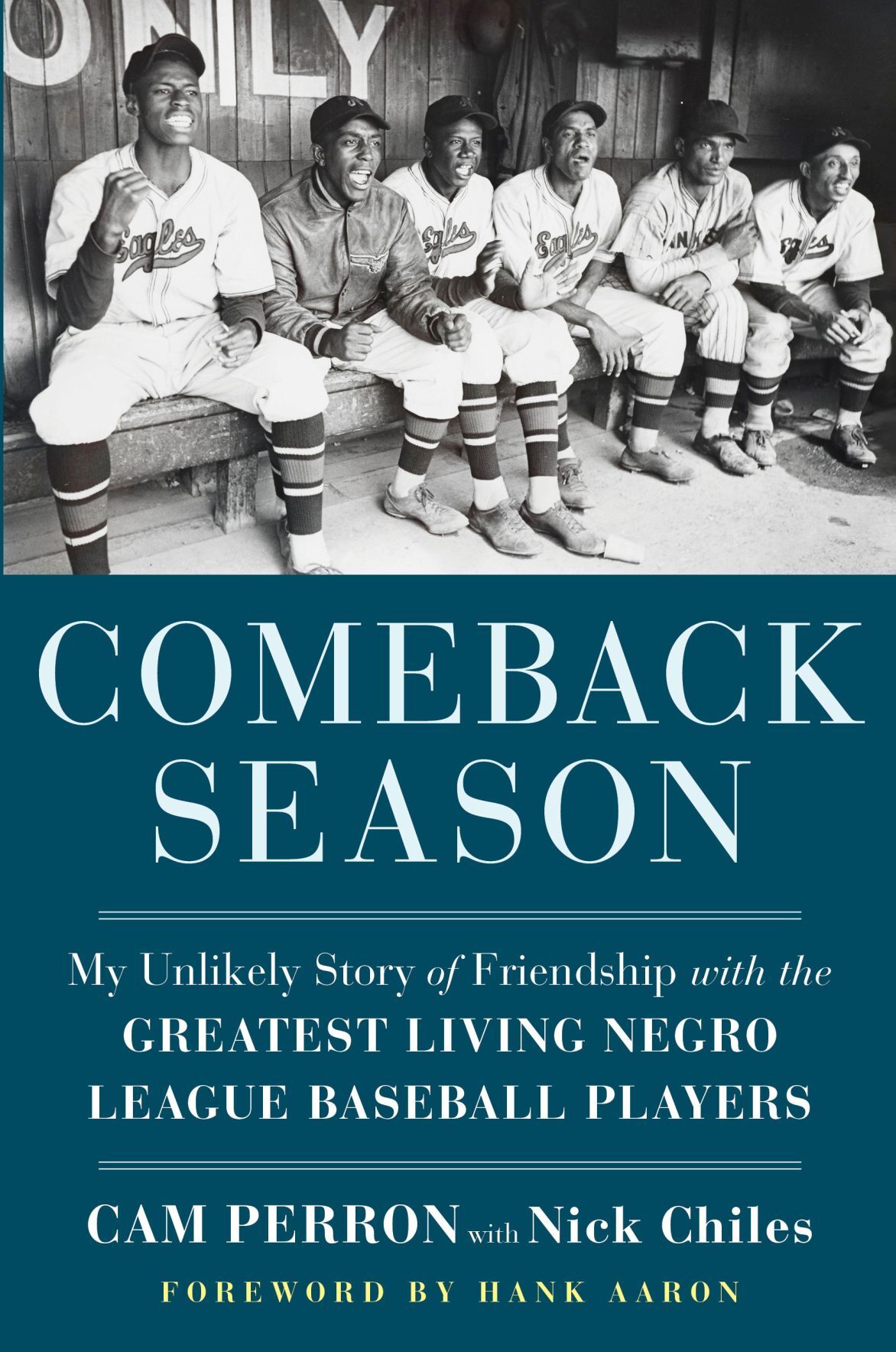 Your teeth got a good workout.

Yep, as a child, you wanted those certain hard-to-find, favorite player baseball cards, but you didn’t want to be wasteful. Because you’d do anything to get the cards, you spent your change, hoped you’d be lucky, and you chewed plenty of gum. In the new book “Comeback Season” by Cam Perron (with Nick Chiles), though, the best things don’t come in a pack.

It all started with coins.

When Perron was a little boy, his grandfather introduced him to coin collecting by taking young Perron to a local Massachusetts flea market where the boy learned that collectible things had stories behind them. That got him fired up about antiques, comic books, baseball cards and music memorabilia. Other children his age might’ve thought his hobbies were odd, but Perron didn’t care. Since toddlerhood, he was always more interested in what adults had to say than what his peers thought.

Perron had a variety of interests throughout childhood. He loved playing hockey and dabbled in Little League, but he says adults ruined his fun in the games. At about the time he entered middle school, Red Sox fever hit his hometown just outside Boston, and he talked his mom into indulging his love of Red Sox memorabilia.

One day, the collector in Perron took notice of baseball cards for Negro League players, and his curiosity led him to research the stories behind the League; individual players caught his fancy and, with the eagerness of the 12-year-old he was, the white boy from Boston picked up the phone and called to talk with Black players that were many decades years older than he.

Astoundingly, Perron became friends with those men, and he began making a name for himself among Negro League players for finding information they thought was lost forever — information that brought recognition, reconnection and, for some of baseball’s most talented, financial refuge.

“Comeback Season” is a good book that speaks to the heart of every former little boy with a fist full of baseball cards and an eye on a good deal. Hobbyists will understand what Perron says about the “hunt” and why it’s almost the best part of collecting, and his tales of accumulation will thrill anyone who’s relished the nail-biting anticipation of finding that one thing in a surprise place.

The big appeal of this book, though, starts when Perron quiets himself and lets Negro Leaguers talk. Readers who come to this book to learn about Black baseball players in the Jim Crow era are treated to remembrances from these men, in their own words, and their stories and their heartfelt appreciation just can’t be missed. Perron includes a brief-but-helpful history of Negro League ball early on, but really, look for the players’ personal tales.

This book reads faster than a one-two-three inning and, aside from a couple of minor profanities, it’s safe for a teen baseball fan. So find “Comeback Season,” play ball, and you’ll show plenty of teeth.