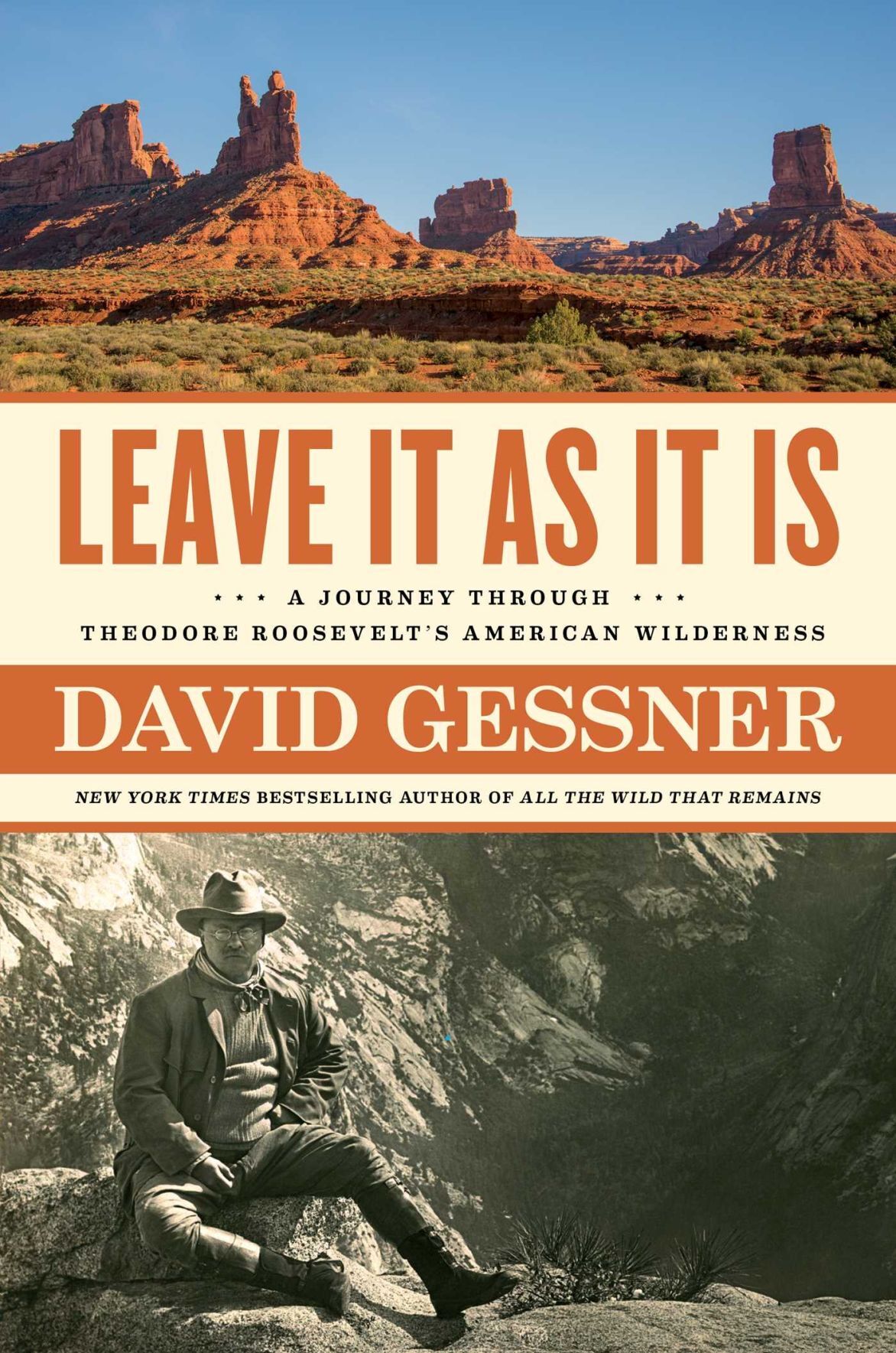 Leave It As It Is

“Leave It As It Is: A Journey Through Theodore Roosevelt’s American Wilderness” by David Gessner, 2020, Simon & Schuster, 339 pages, $28

The hike you took felt good.

The sun rose as you left, and so did your spirits; your mind unclenched and you breathed in scenery that no camera could ever capture. It was just what you needed and, as you’ll see in “Leave It As It Is” by David Gessner, to thank the one who made it possible, you may have to hike back over a century.

Not quite two years after he took office, the president of the United States dismissed his Secret Service agents and went camping with a man he barely knew.

It was May 1903, and Theodore Roosevelt had wilderness on his mind: not long before, he’d asked naturalist John Muir to be his guide at Yosemite, and Muir was eager to have the ear of the president. No one knows the details of their discussions during three days together in the outdoors, but shortly after they returned, Roosevelt was convinced that Yosemite needed the protection that Muir wanted it to have.

Roosevelt had already been thinking about such things; after visiting the Grand Canyon earlier that month, he gave a speech in which he told a crowd that there was no way anyone could make the canyon better.

“Leave it as it is,” he said, undoubtedly with force and conviction. That’s how Roosevelt did things, says Gessner: He bowled them over with brashness. Few people ever said “no” to Roosevelt and made it stick; creating national parks and protecting western lands was likely a done deal the minute the idea entered his mind.

Admittedly fascinated by Roosevelt, Gessner uses a road trip in the president’s honor as the glue to hold this book together. He knew, of course, of his hero’s legacy, but he also knew Roosevelt as a fallible human who held racist views. And there were other controversies. Roosevelt was bold and cocky, a hunter and rancher, as well as a president, but he also knew business. And, says Gessner, “for a brief three-day window in May 1903 the business of the United States ... was nature.”

Reading “Leave It As It Is” is somewhat like hiking through the woods, blindfolded.

You know where you’re going eventually, but you’ll backtrack and retrace your footprints and take many questionable steps to get there. It’s confusing sometimes, hard to follow but equally interesting.

Remove the blindfold, however, and you’ll see Gessner’s writing is lovely, as though a poet guided his fingers in writing this book; you may, in fact, forget that you’re reading a history book, rather than one that’s more about nature. Furthermore, Gessner’s admiration of Roosevelt is wide, but so is his willingness to humanize Roosevelt with flaws, an honesty that’s somewhat rare in books about bigger-than-life people.

Together, the two sides to this story are good, but better if you’re a history buff, an outdoorsy-type or you have a deep interest in nature. “Leave It As It Is” holds a fine story but for the wrong reader, it may be quite a hike.