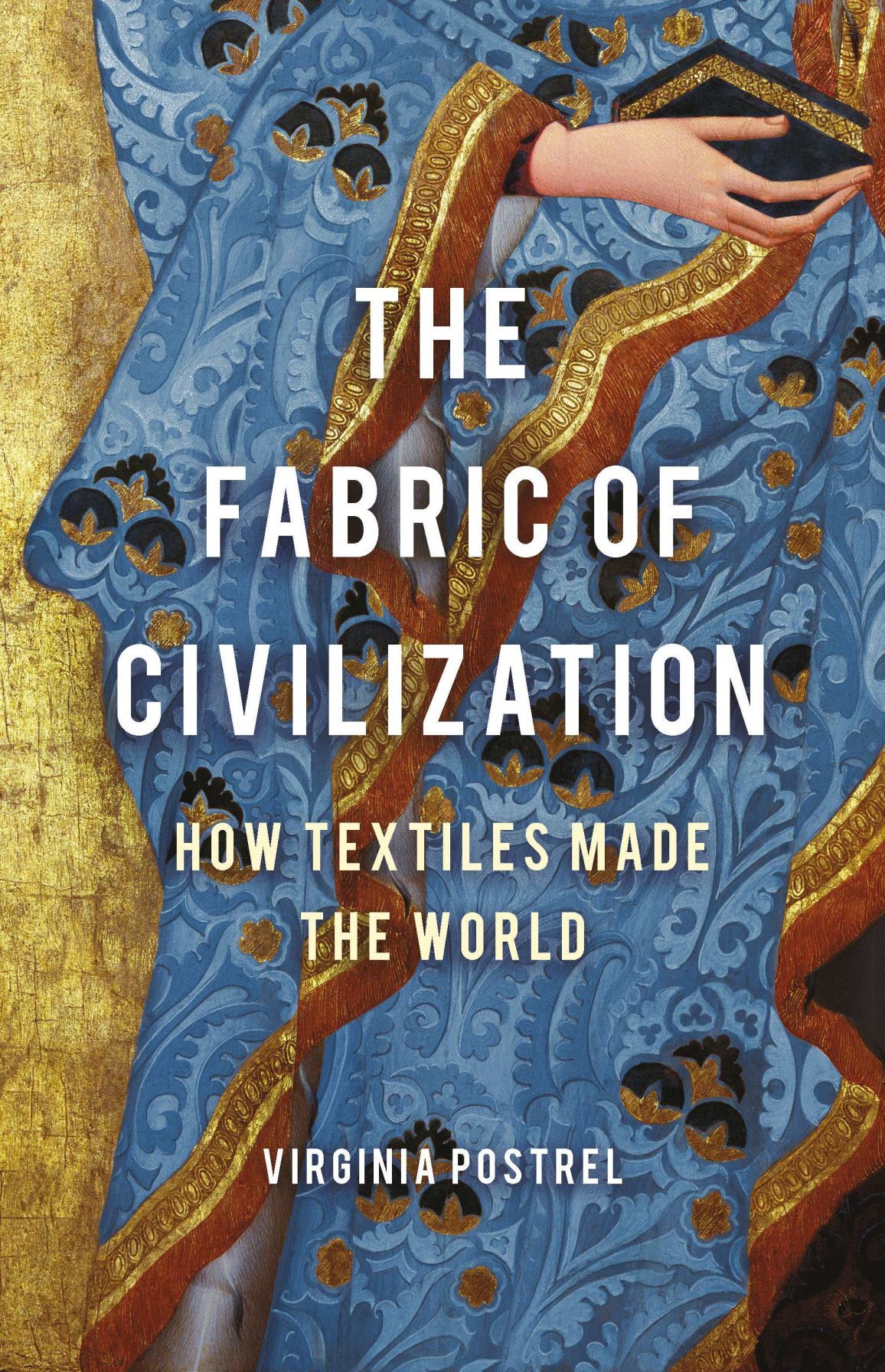 The Fabric of Civilization

A couple weeks ago, you needed to wrap up in some extra blankets.

One layer, two layers, covered face and a cold nose. Extra blankets, extra sweaters, coats, socks, gloves, it took a while to thaw yourself out, and in “The Fabric of Civilization” by Virginia Postrel, you’ll see where those snuggly wraps started.

Many thousand years ago — long before your need for insulated gloves and a knitted hat — the tale of textiles began when early humans invented string. But string, as Postrel points out, “is not cloth.” Nope, and it takes plenty of gathering to obtain enough material to make enough string for the making of cloth, tasks that were easier once humans started keeping livestock 11,000 years ago.

Accidental genetics are likely what made cotton “the world’s dominant ... ‘natural’ fiber’” but that took a while, too. Scientists say the usefulness of the plant was known on several places at various times in history, but it wasn’t until 1806 that a species nearly tailor-made for the soils and growing season of the Mississippi Delta was found in Mexico City and brought to America.

Genetics confirmed that seed had come from an African seed that had “somehow” gotten to Mexico and germinated then cross-pollinated. Further cross-pollination in the South made it the plant from which slaves harvested the fiber.

Remember, though: Raw fiber is no good unless it’s processed, which was mostly women’s work for centuries. Their spinning led to weaving, which took a surprisingly advanced knowledge of mathematics. The use of dyes was perfected (and contentious), and new methods of making fine cloth were invented and refined. Hand-spinners were replaced by technology, ancient cities were conquered for want of weavers, cloth-making became a way to pay taxes and participate in trade, and the race was on to make fabric in a laboratory.

And in the future?

There are “hints,” says Postrel, of “a change in the relationship between pure science and industry practice.”

This morning when you got dressed, you picked a comfortably soft shirt, avoided the scratchy sweater, put the worst-fitting jeans back in the drawer and didn’t think much about how these items got into your closet. “The Fabric of Civilization” will make you appreciate that path, in a centuries-long thread of progress.

Some of what you’ll find in here is common knowledge — it’s likely stuff you learned in history class — but Postrel also weaves surprises into her narrative. Read, and you’ll be glad you don’t have to make flax thread from scratch. Read, and imagine being a weaver during Genghis Khan’s time. Read, and it’s hard not to be transfixed by the stories behind a natural silk kimono, an elegant jacquard robe or stoles made of kente cloth by weavers who created them in the same way their foremothers did. These are all good yarns, told so appealingly.

So, grab that blanket again. Crafters, fashionistas and historians, heads up and take a chair: “The Fabric of Civilization is a book to wrap your hands around.